The Foxxton Woods and the Surplus join Zander’s colorful circuit. 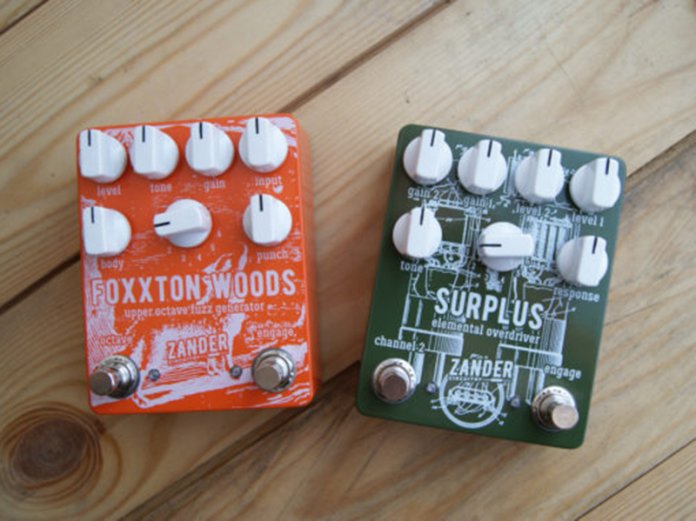 UK pedal brand Zander Circuitry has unveiled two new stompboxes that will perk the ears of fuzz and overdrive fans. The Foxxton Woods is a high-gain fuzz that will transport you back to the ’70s. And the Surplus is a dual-channel boost/overdrive that’s all about versatility.

This tangerine gizmo is touted as the brand’s “filthiest, nastiest fuzz pedal yet.” It’s an octave-up fuzz straight out of the heady days of rock ’n’ roll, so you can already expect copious amounts of dirt. Like most of Zander’s other stompboxes, this one also has multiple controls to maximize sculpting potential.

The foremost feature of this pedal is the upper octave footswitch. This takes the pedal from a thick, husky beast to a shrieking valkyrie. 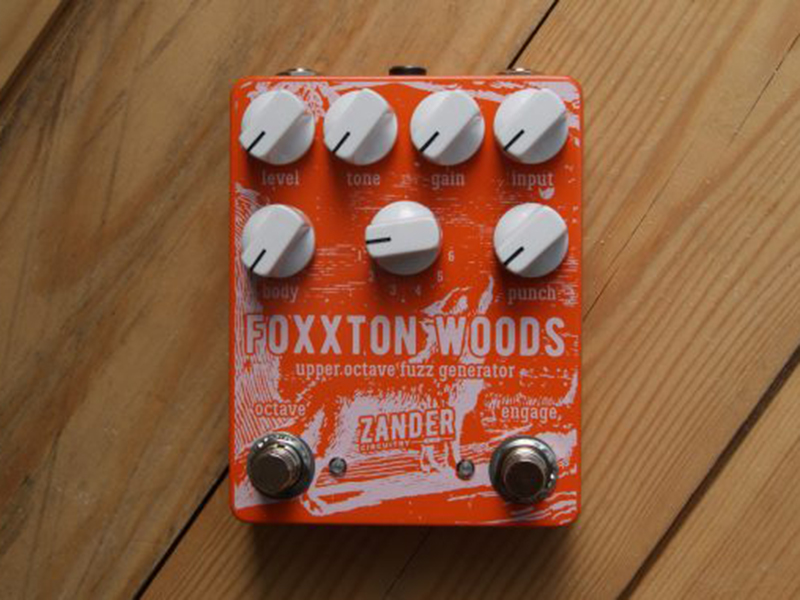 What stands out here are the red LED and MOSFET modes. The former dials up the output—make sure you lower the volume before you switch over—and is more in-your-face. The latter, meanwhile, balances saturation and crunch.

On top of the usual “Volume,” “Tone” and “Gain” controls, the Foxxton Woods also features “Input,” “Body,” and “Punch.” “Input” functions as a pre-gain control and adds to the aforementioned dirt and filth. “Body” tampers with the fuzz’s low end, giving you more or less depth as required. And finally, “Punch” alters the midrange, and, paired with “Tone” and “Gain,” offers a buzzing trebly crunch.

The Surplus is a shapeshifting two-channel boost/overdrive—it can provide clean/dirty boost, overdrive and even fuzz.

The stompbox’s two footswitches allow you to toggle between two sets of gain and level controls. So you can set one up to a heavier drive for those searing lead lines or solos, and the other for something subtler. 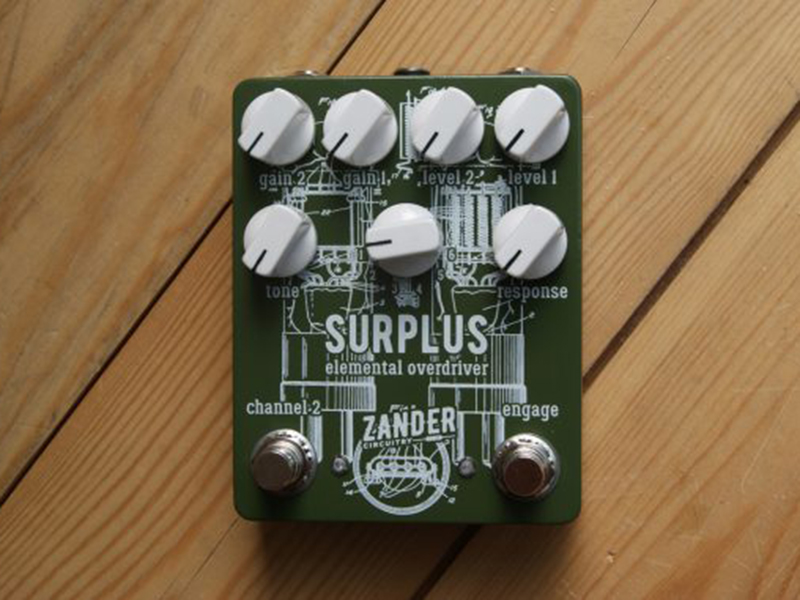 There are also “Tone” and “Response” knobs on the pedal. The former is a low-pass filter for when you want a mellower sound. Conversely, the latter manages the low end. Turned counter-clockwise, it can yield broken overdrive sounds, but dial it the other way and things get a lot more saturated with even more gain added to the mix.

To round things out, the Surplus also features the same six-way clipping control seen on the Foxxton Woods, and, in fact, most of the brand’s dirt boxes.

Both pedals list for GBP 149, and are ready for pre-order. More information at zandercircuitry.co.uk.