A work of art from the jazz age, this premium priced archtop is a high-water mark of Gibson’s craft. 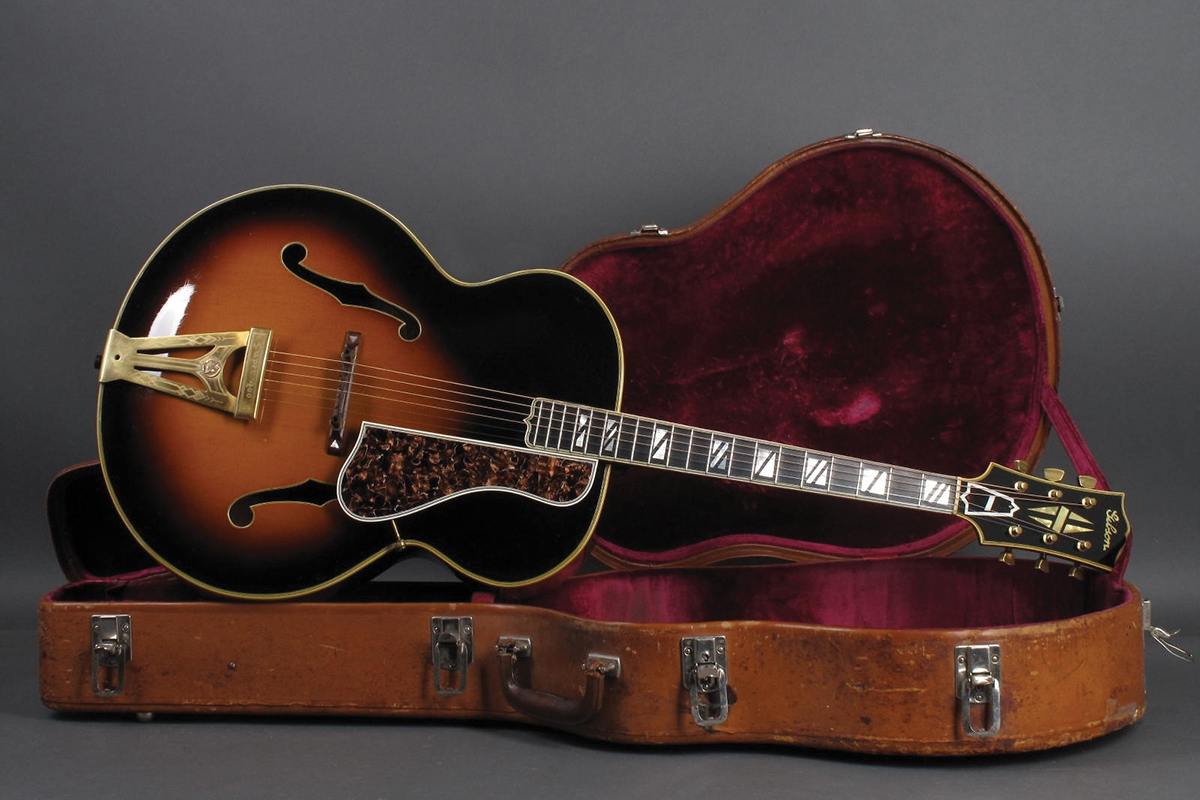 This is not just another beautiful vintage guitar. The instrument you’re looking at set a benchmark for high-end archtops that luthiers have chased for generations since.

Like many other pre-war Gibson models, the Super 400 was named for its original price tag: a whopping $400. In today’s money, that would be an eye-watering $7,113! Let that price tag sink in for a minute. This guitar was most certainly not for everyone. The marketers may simply have seen it as their spare-no-expense flagship model, but it became a lasting work of art.

The Super 400 was the most visually detailed and ornamented guitar of its era. It is also an incredible sounding instrument, with tight, articulate and cutting projection that almost sounds amplified without any pickup.

Even though it was the largest guitar built at the time – and still one of the largest today – it didn’t have the bass-biased boom of a dreadnought or jumbo. Notes in the lower register are punchy and well-defined.

It was this blend of striking beauty and tone that inspired luthiers like John D’Angelico and Charles Stromberg to create their own interpretations of the archtop that would eventually eclipse the Super 400.

This particular 1939 specimen is incredibly clean, still sporting the hand-engraved tailpiece that would change later in the production year. The name ‘Super 400’ is also hand-etched into the heel of the neck. The highly flamed maple back and sides were not standard on every model, increasing this specimen’s value about 30 per cent over those sporting plain maple.

The Gibson Super 400 was originally introduced in early 1935 as the Super L-5 Deluxe, but the name changed before the end of the year. Production would last until 1941, with tailpiece and upper bout changes made in late 1939. After the war, production resumed from 1947 to 1955. There were several different iterations of the Super 400 during the 1940s and 50s, including a natural finish option, cutaway models, and the addition of a pickup.

This one, then, lands right at the tail end of the original spec production run, and it’s in all-original condition. That makes it a living testament to the skill and ambition of the builders who carved its top, shaped its braces and etched its name by hand. They would want to see this in the hands of a player, not in a museum. To the eventual buyer, we’re rooting for you.