From Keef to BB, the 330 has charmed guitarists of all kinds – we take a look at a well-loved 60s original… 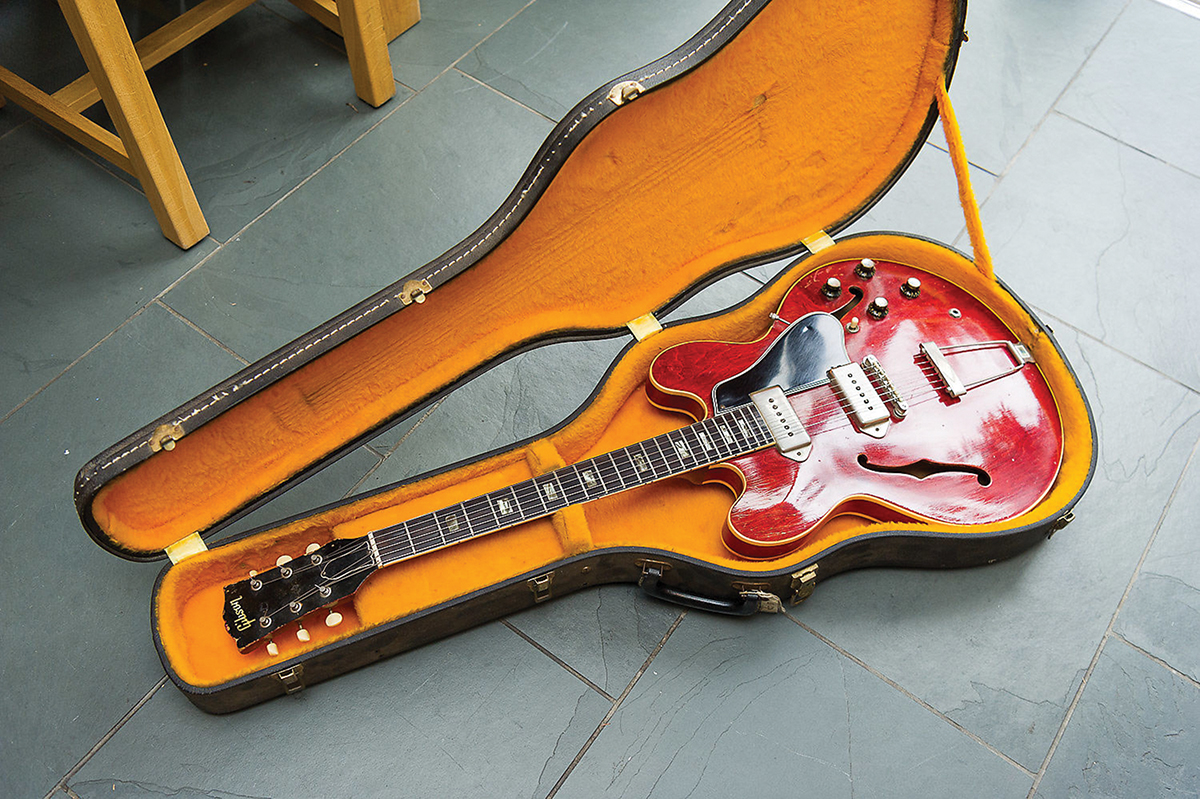 The Gibson ES-330 – or ES-330TD as it’s officially known – has always been something of a middle child in the family of classic Gibson hollowbody and semi-hollowbody guitars. Lacking the wooden centre block that makes a semi-hollow a semi-hollow, the 330 has never been as revered or famous as the ES-335, and vintage prices tend to be a bit lower.

That said, this fully hollow thinline remains a classic in its own right, and one that makes an excellent fixture in any guitar collection or studio. It’s open construction fosters a warm, organic tone adept at jazz, while the bite of those P-90s makes it a more than worthy rock guitar as well.

This example comes from an individual seller in London and is all-original. It has clearly been played a lot, and has the battle scars to show it, but retains the original features that would have been found on this guitar when it left Kalamazoo in 1963. As the seller puts it in their Reverb listing: “It’s no museum piece! This guitar has worked for its keep. It could be renovated – but why spoil 54 years of graft and grit? This is the real thing.”

First introduced in 1959, the ES-330 was one of several new double-cutaway thinline models released by Gibson during this period. Apart from its fully hollow construction, the 330 was distinguished by its P-90 pickups – the ‘D’ for ‘double’ in the model name indicating that it had a pair of the famous units. In its original run, the ES-330’s P-90s sported black plastic covers, but by the time this specimen was produced, they were switched to nickel. Chrome parts would arrive in ’65.

Like its more famous sibling the ES-335, Cherry and Sunburst were the 330’s most popular finishes, but less than 300 Natural examples – listed as the ES-330TDN – were also made during the first two years of production. Their relative scarcity tends to command a higher resale price but even in Cherry, a looker such as this example is a sound investment.
Epiphone’s Gibson-made ES-330 variant the Casino is arguably even more famous. Vintage Casinos often sell at higher prices thanks to its association with a certain group of lads from Liverpool, not to mention The Rolling Stones, The Kinks and a host of other beat boomers.