Things are going to get heavy with this new P-94 set. Huw Price enters House Of Tone’s house of fun… 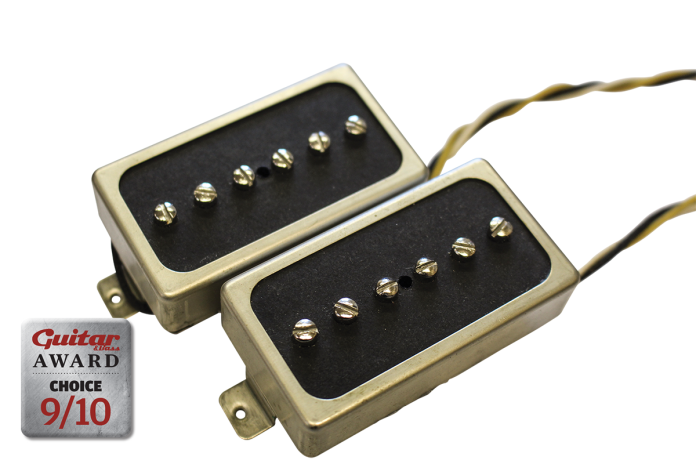 It’s always struck us as odd that so many beautiful 1950s Les Pauls are lost to ’Burst conversions. Leaving aside the aesthetics, much of the impetus seems to stem from the notion that PAFs are ‘better’ than P-90s. Even when comparing vintage originals, the point is moot because we find them every bit as good as each other with plenty of common ground sonically.

Having said that, there’s a world of difference between authentic vintage P-90 tone and most modern humbuckers – including some wannabe PAF replicas. So if you’re stuck with a muddy and aggressive-sounding Les Paul or some such and feel like you might prefer something a bit more old school, dynamic and clear, then P-90s might be just the ticket for you.

Inconveniently, P-90s won’t fit into humbucker holes, so a number of manufacturers now offer P-90s in PAF clothing for drop-in replacement. Many are more like demi-PAFs than bona fide P-90s, with coils that are too tall and narrow to sound like the real thing. Fortunately the tide has been turning and the House Of Tone Heavy House P-94 set is made with authenticity as a paramount concern.

The P-94s are based on mid-50s Gibson P-90s, and this set is fitted with alnico V bar magnets, but all grades of alnico are available to customers upon request. Similarly, although these have been lightly wax-potted, they can be ordered unpotted if that’s your poison.

To fit the requisite P-94 bits inside open-topped PAF covers, House Of Tone has opted for fibreboard flats rather than plastic. It’s a thicker material, which means that the coils end up a few millimetres further away from the strings.

Easy to solder Polysol insulated magnet wire is used rather than plain enamel but it apparently sounds indistinguishable because both coatings have the same thickness.

Since many of us mix and match pickups, House Of Tone supplies these with three-conductor wires: black, white and yellow so you can flip the pickup’s polarity by reversing the yellow and white wires, with black always connected to ground.

In Use
Do the Heavy House P94 pickups genuinely sound like P-90s? If we were to get really picky, we might say the P-94 set is not quite as pure and pretty sounding as the original 1961 Gibson P-90 pickups we use for comparison, but there’s very little in it. The P-94s definitely have more of a pissed-off growl, but some of that could be attributed to the solidbody construction of the Les Paul test guitar versus our vintage ES-330 hollowbody.

The P-94s are extremely sensitive, dynamically responsive and hang on to notes for eons. Playing clean, you get wiry quack off the back pickup contrasting with a full-fat creaminess from the neck. Ramp up the gain and the countrified jazziness morphs into a harmonically loaded ‘brrrang’ with bridge pickup powerchords and rounded vocal-tinged single notes from the neck unit.

If you fancy dropping mid-50s tone straight into a humbucker-loaded guitar, the Heavy House set will do the job as well as any, but better than most. More award winners from Chester’s finest pickup guru. 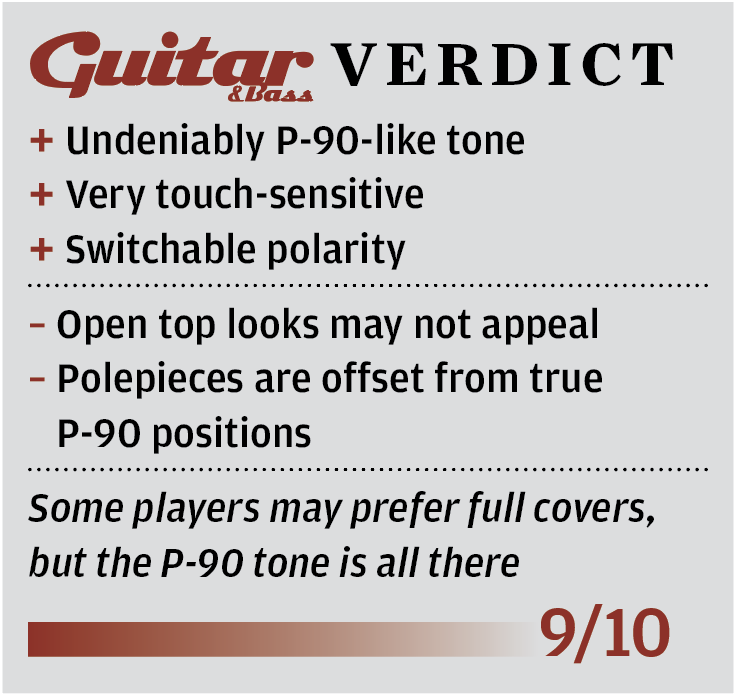