This little box from studio brand Audient promises to bridge the gap between guitar and computer in the simplest, most user-friendly way yet. 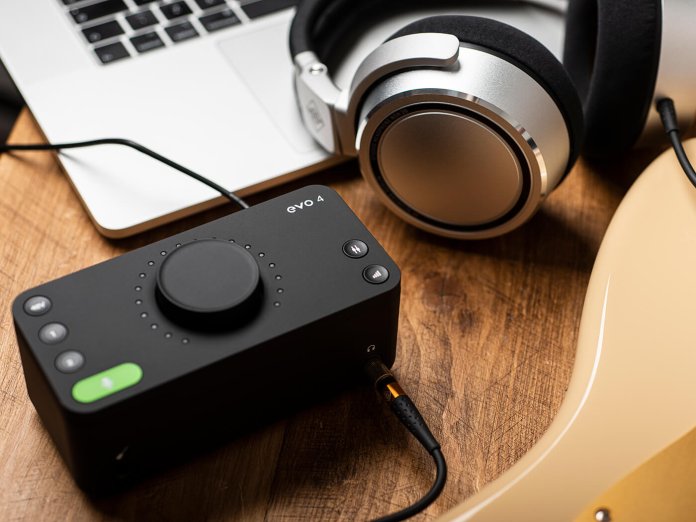 There was a time when ‘home recording’ meant sitting in front of your ghetto blaster, pushing down the first two buttons and playing. Times have changed, but if you haven’t changed with them – or if you’re a young gun looking to make your first decent-quality demos – Audient’s new Evo 4 audio interface might be the gadget you need.

There’s no shortage of affordable USB interfaces out there, many of them with the emphasis on taking the fiddliness and confusion out of recording real instruments using PC or Mac software; but the Evo 4 is the only one we know of in this price range that’ll even set the recording level for you.

Not much bigger – if about two inches deeper – than a smartphone, this black plastic box keeps the controls as minimal as possible with just a single multi-purpose knob and a few buttons. There are two XLR/jack microphone inputs on the back plus a 1/4in jack socket on the front for guitars and other instruments. Phantom power is available for mics that require it, and you can record on both channels simultaneously, which could be handy for podcasters as well as singer-songwriters and banjo duellists.

Surrounded by little marker LEDs, that central knob can be assigned to control the input gain on either channel, the output volume or the monitor balance between signal in and computer out. You might not, however, need the first of those functions: a push of the big green button puts you in Smartgain mode, which allows the Evo 4 to set the input level automatically by listening to you play (or sing) for a few seconds.

Inevitably, using this interface requires a driver download; this only takes a few minutes and also includes a piece of control software that effectively replicates the full functionality of the unit on your screen. 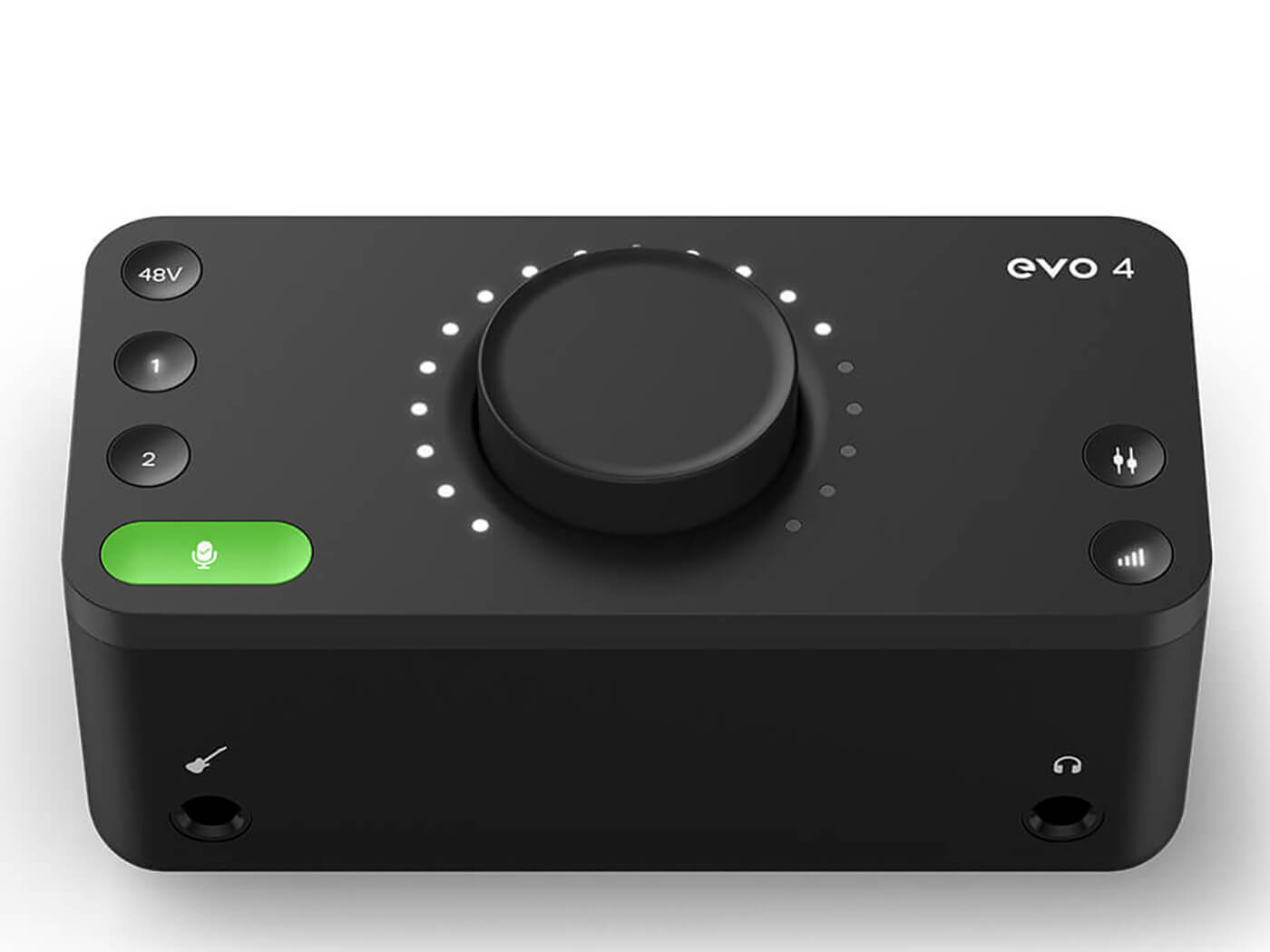 We’re interested in two things here: simplicity and sound quality. We’ll get to the latter soon enough, but there’s no denying that the Evo 4 user experience is about as clear and foolproof as it could possibly be.

Once the USB cable is plugged in and the driver installed, it’s just a matter of selecting the interface in your usual recording software’s preferences. Don’t worry if you haven’t got powered monitors – just plug your guitar into the left-hand socket and your headphones into the right and you’re in business.

Turning a large knob to adjust input gain isn’t exactly the toughest job in recording, but the Smartgain feature is simple to use and offers reassurance that you’re never going to stray into the red zone. During our testing it tended to set levels on the low side, but a conservative approach is understandable here – it’s easy to boost a quiet recording, not so easy to rescue a distorted one.

That instrument input feeds a JFET preamp and the resulting sound quality is excellent – pretty much indistinguishable from our usual Focusrite Clarett interface and with no added noise. The mic inputs are equally impressive, and with the Evo 4 capable of recording 24-bit/96kHz audio this is unlikely to be the weakest link in your signal chain. 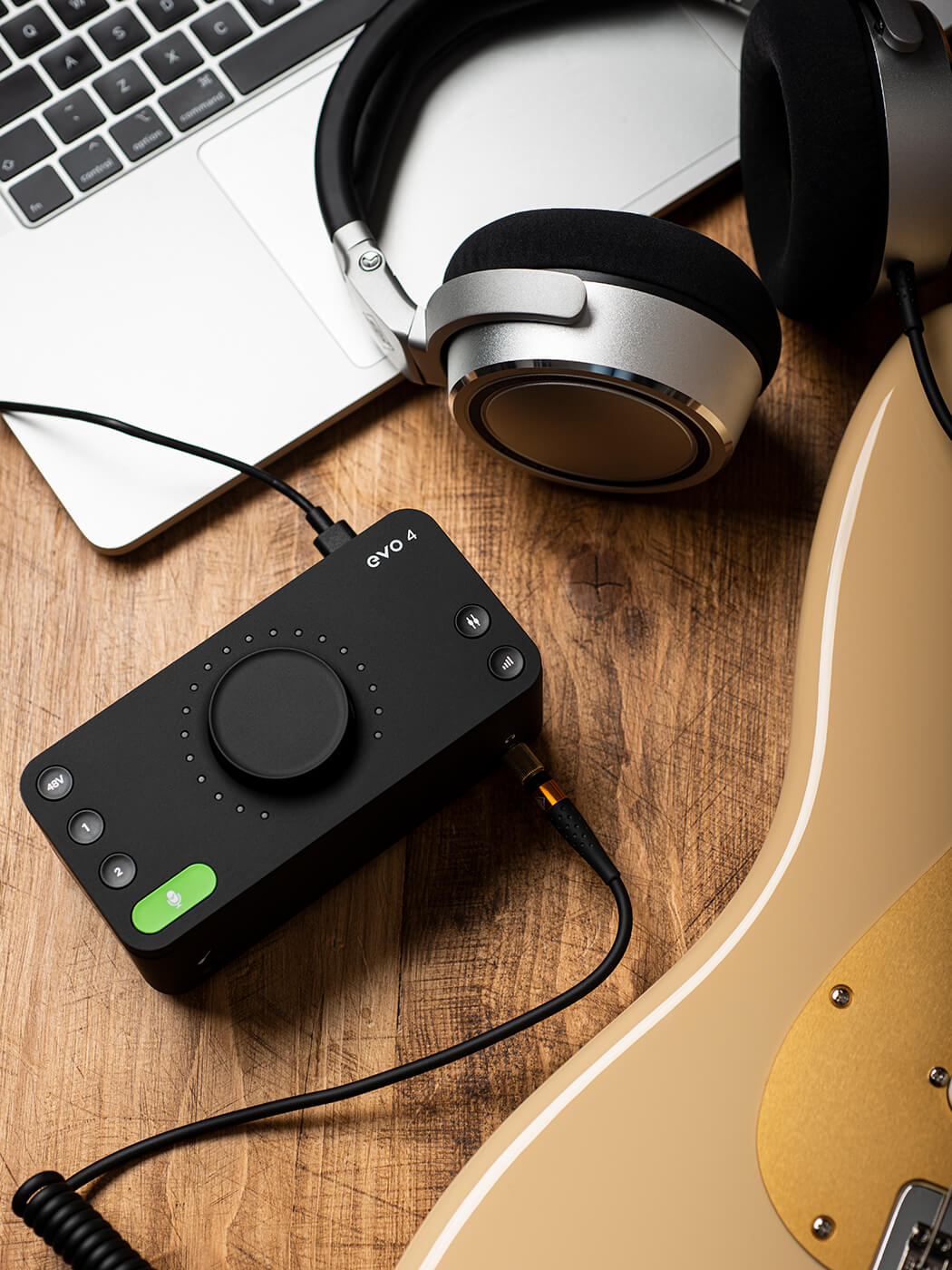