British studio brand Audient has teamed up with cab-sim specialist Two Notes to create an all-in-one recording solution for guitar, bass… and pretty much everything else.

What’s the best way to record electric guitar without disturbing your neighbours? The old method was to buy a 100-watt full stack and play it turned up to 11 until you no longer had any neighbours to disturb, but in 2019 we have a whole host of more civilised options… and the Audient Sono is the latest.

This isn’t a preamp for plugging into your audio interface, or a load box for running a real amp’s output through virtual speaker cabs, microphones and studio spaces. You could say, though, that it’s effectively all of the above – including the audio interface. Connect it to your Mac or PC via USB, and the idea is that the Sono will become the hub of your guitar-based home-recording setup. 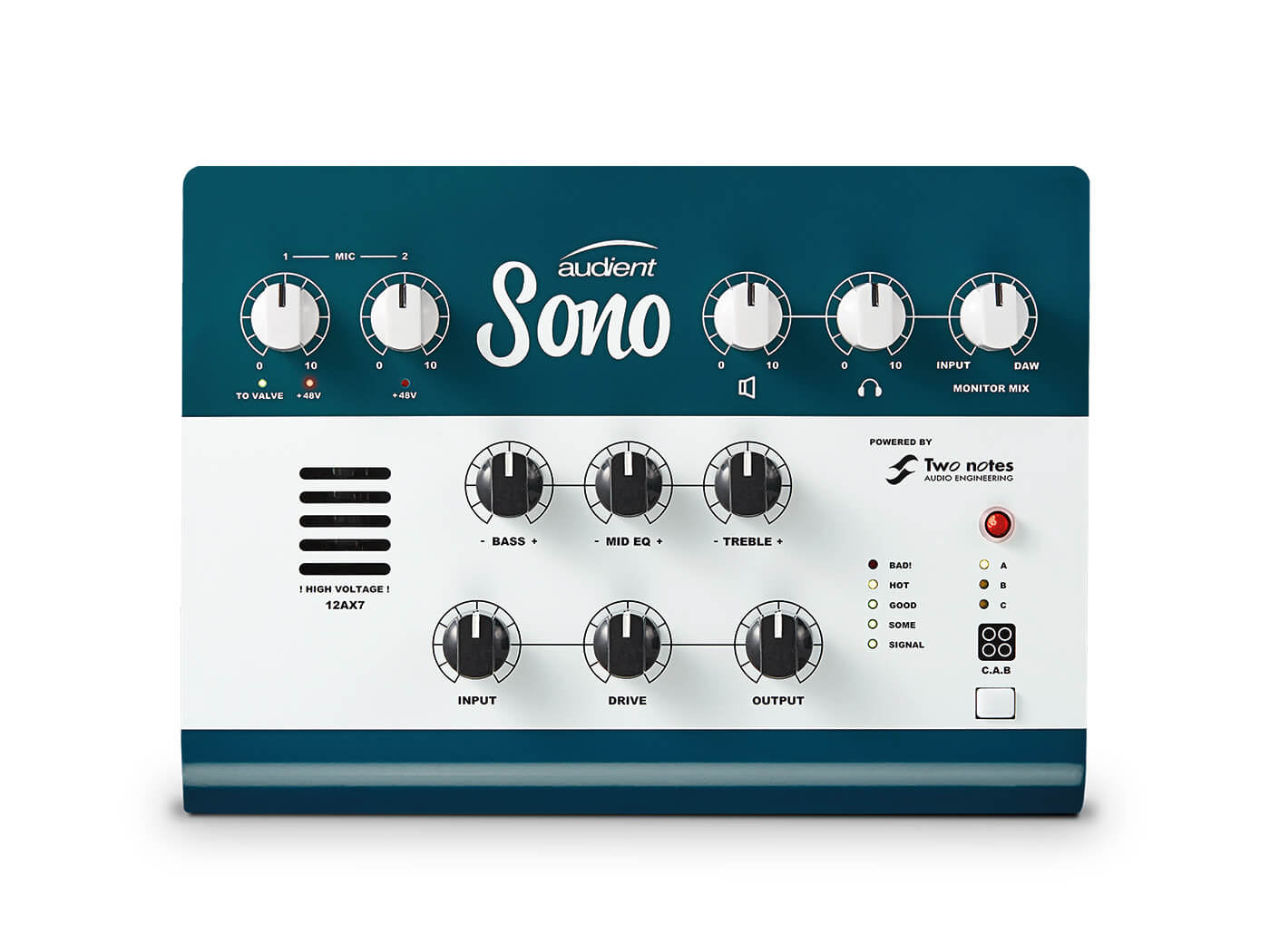 The hardware includes one input for guitar or bass plus two for mics or line-level instruments, and a pair of outputs for your desktop monitors as well as one for headphones. The software comes from a partnership with the cab-simulation boffins at Two Notes and enables you to tweak your tones onscreen – from switching cab type to adjusting mic distance.

The one thing you’re not getting here is modelling of multiple amps. Audient’s background is in pro studio gear, and at heart the Sono is all about serious analogue tone – complete with a high-voltage 12AX7 valve – rather than do-it-all digital devilry. But there is a three-way tonestack, plus separate controls for input gain and overdrive… and as we’ll see, it’s amazing how a change of virtual speaker cab can turn a good sound into a great one.

And it’s not all about the home studio. Three software-perfected presets can be saved to the device itself, which can then be plugged into someone else’s computer, studio mixer or live PA… or simply used for silent jamming with headphones. This thing doesn’t just want to pacify your neighbours – it wants to take over your axe-twanging life. 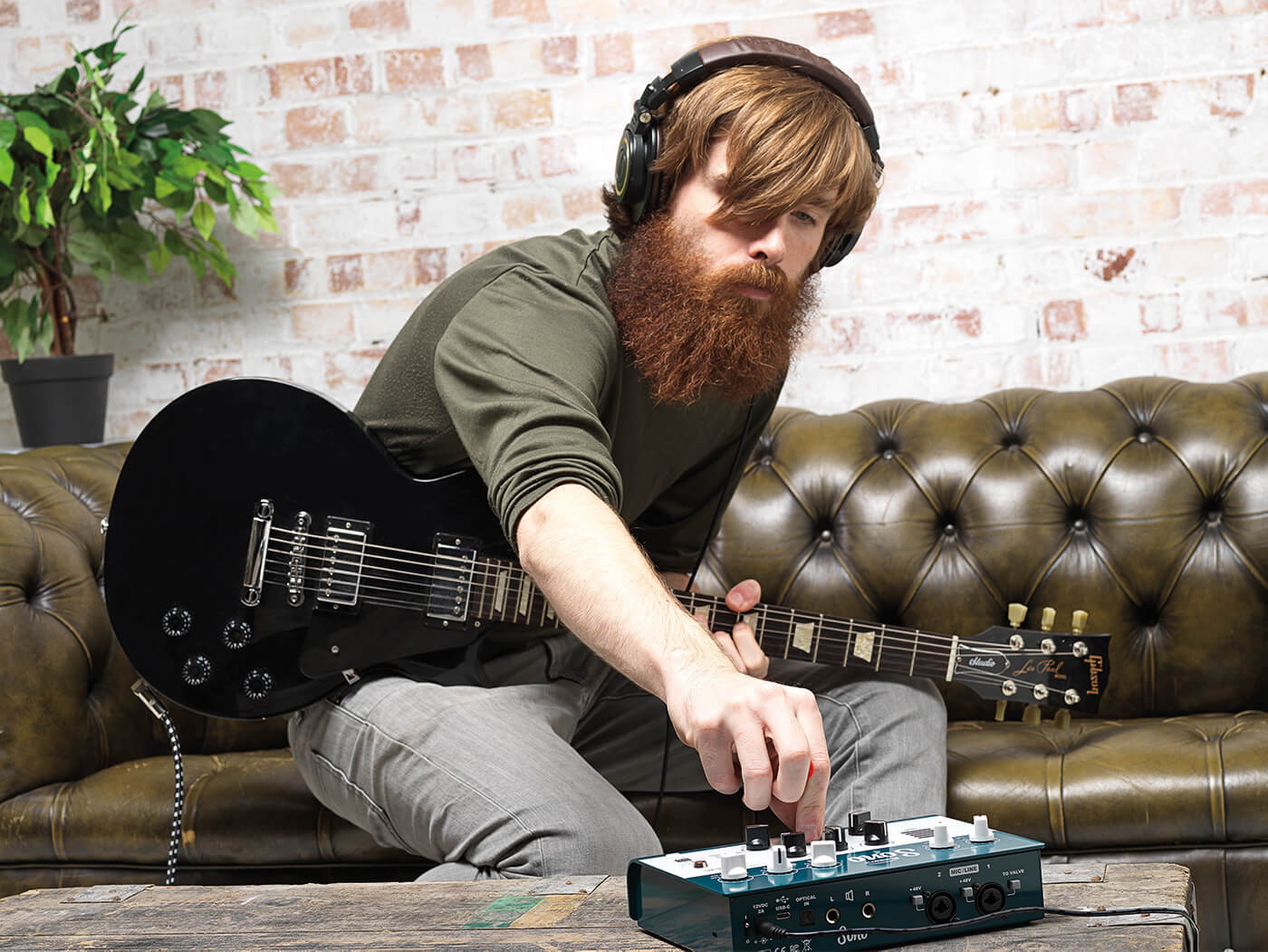 Does the word ‘downloads’ bring you out in a rash? Or, even worse, make you stop reading product reviews? Relax. There are a couple of them involved in setting up the Sono – one to drive the device itself and one for Two Notes Torpedo Remote, which is where the virtual cabs live. But it’s a relatively simple procedure to get hardware and software running happily together, and there are both USB-C and USB-A cables in the box.

The Sono’s core tone is clear, crisp and broadly Fender-ish – and if that sounds a bit vague, that’s because the flexibility of this unit brings it closer to a multi-amp modelling experience than you might expect. The EQ dials are expertly tailored to keep things musical, the drive control offers a decent amount of smooth breakup (and if you want more, it gets on famously with overdrive and distortion pedals)… then, of course, we come to the cab software. 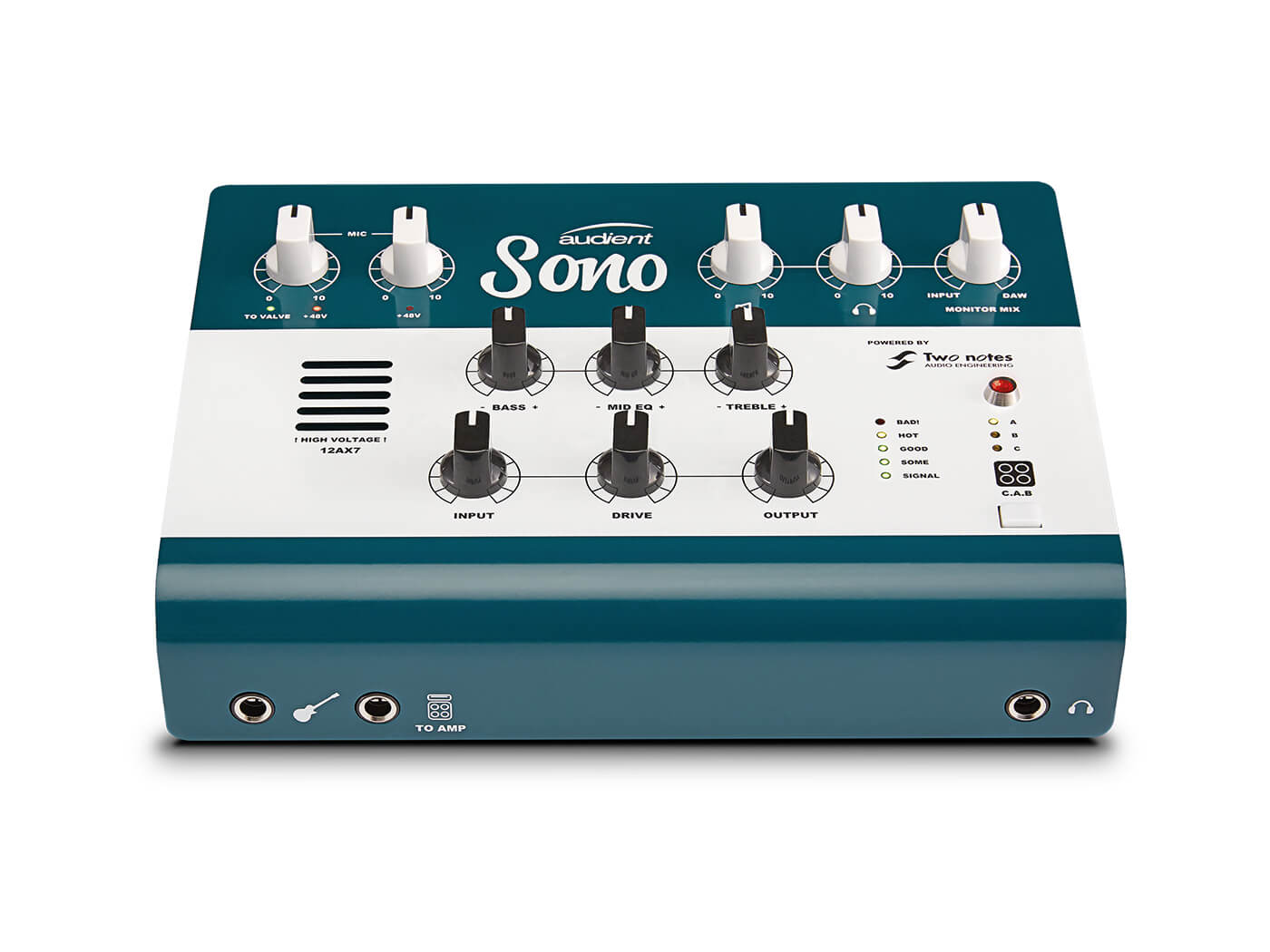 Click on the drop-down menu and you’ll be scrolling through hundreds of cabinets of all formats, sizes and speaker types. Don’t get too excited, though: most of them aren’t available unless you pay to unlock them (€8 each). So if you’ve already spent all your pocket money this week, it’s best to uncheck the ‘online’ option – then only the cabs you’ve actually got are listed. Four of these are pre-loaded into the Sono; another 16 come with the software and will be on your computer’s hard drive waiting to be called up.

The four installed models are a 2×12 Silverface type, two 4x12s and what looks like a 1×15 Ampeg Portaflex bass cab. They all sound convincing and you can cover a huge amount of tonal ground in both guitar and bass realms with the full set of 20, especially when you factor in the other variables at your disposal – including seven virtual mics plus a powerful contour control for shaping the mids between vintage (honky) and modern (scoopy) extremes.

All this takes place within one of eight modelled spaces, from dead-ish studio rooms to live halls and two different bits of a cathedral. This is a nice idea, but not necessarily as useful as it looks: the resulting reverbs can be quite clangy and oppressive, so we suspect most people will end up keeping the mic distance ultra-short and adding DAW or plug-in reverb later. 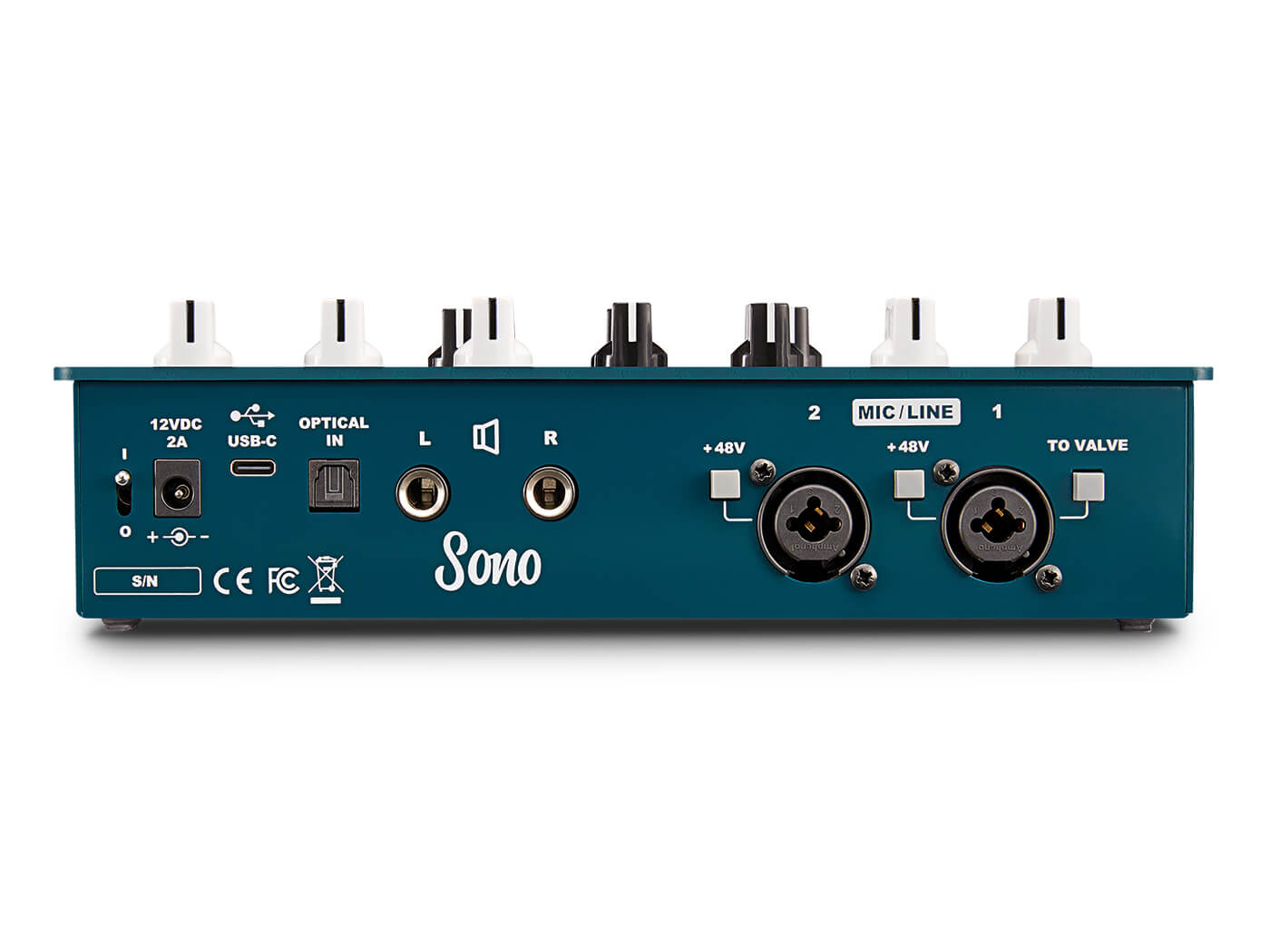 Vocals, synths and other instruments recorded through the mic/line inputs sound just as pure as you’d hope, especially when diverted through the valve preamp and its EQ circuit, and there’s no reason why you wouldn’t be able to use this unit instead of a conventional USB interface. That just leaves the question of whether you’d want to. When you can get a classy interface like the Focusrite Scarlett 2i2 for a little over £100 and create perfectly good guitar sounds with free software, Audient’s offering starts to look like an extravagant use of 400-odd quid.

But as we said right at the start, it’s all about options – and for multitasking guitar and bass players who need to flesh out their ideas with vocals and the odd baritone didgeridoo overdub, the Sono and Torpedo Remote are a beautifully designed partnership.

Don Wilson, co-founder and rhythm guitarist of The Ventures, dies at 88