To really feel free to deliver an expressive performance, you need to be able to move. Enter Sennheiser with a duo of solutions for stage and home use alike. 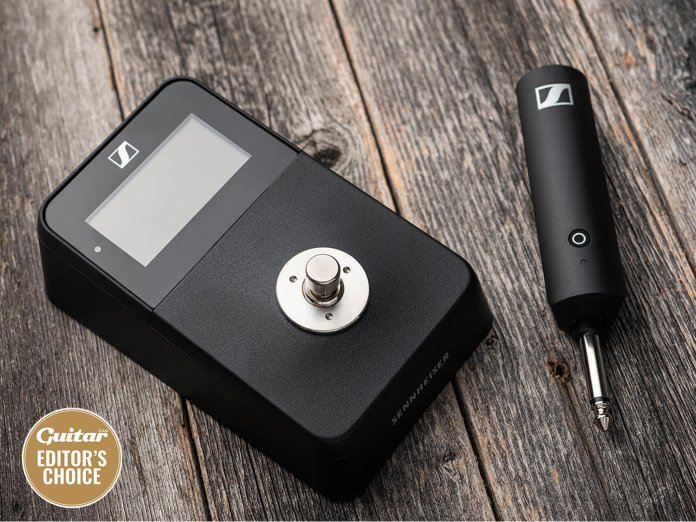 Wireless systems stand or fall on their reliability, sound quality, ease of use and battery life. With the new XS Wireless Digital range, professional audio giant Sennheiser aims to bring carefree and cable-free expression to excitable guitarists around the world.

Here we’re checking out two different iterations of the range: the Instrument Base Set and the Pedalboard Set, both based around a slim, lightweight XSW-D transmitter. Features include 2.4 GHz digital transmission for worldwide operation, up to five hours of battery life on a single charge, an impressive 75m (250ft) maximum range, an angle-adjustable jack, and the ability to mute from either transmitter or receiver.

The receiver for the Instrument Base Set comes in exactly the same housing as the transmitter, which could make things interesting in the heat of battle. Sennheiser have thoughtfully marked it on the reverse with a sticker depicting an amp, while the transmitter has a guitar icon. While that may do the trick, it’s always nice to have a way of differentiating by touch too.

For players looking to adopt a wireless approach on a permanent basis, the Pedalboard Set upgrades the receiver to a rugged pedal which serves as a base station, chromatic tuner and charging unit for the transmitter. Sennheiser thoughtfully also includes a drilling template for pedalboard mounting.

The stompbox features twin outputs, an unbalanced jack for your guitar amp and a balanced XLR, the latter meaning this could also be a great piece of kit for acoustic musicians sending a signal to front of house. The Pedalboard Set comes with a standard DC wall wart which can be configured with any one of a multitude of adapters to suit any country that the the touring musician might visit. Hopefully sooner rather than later. 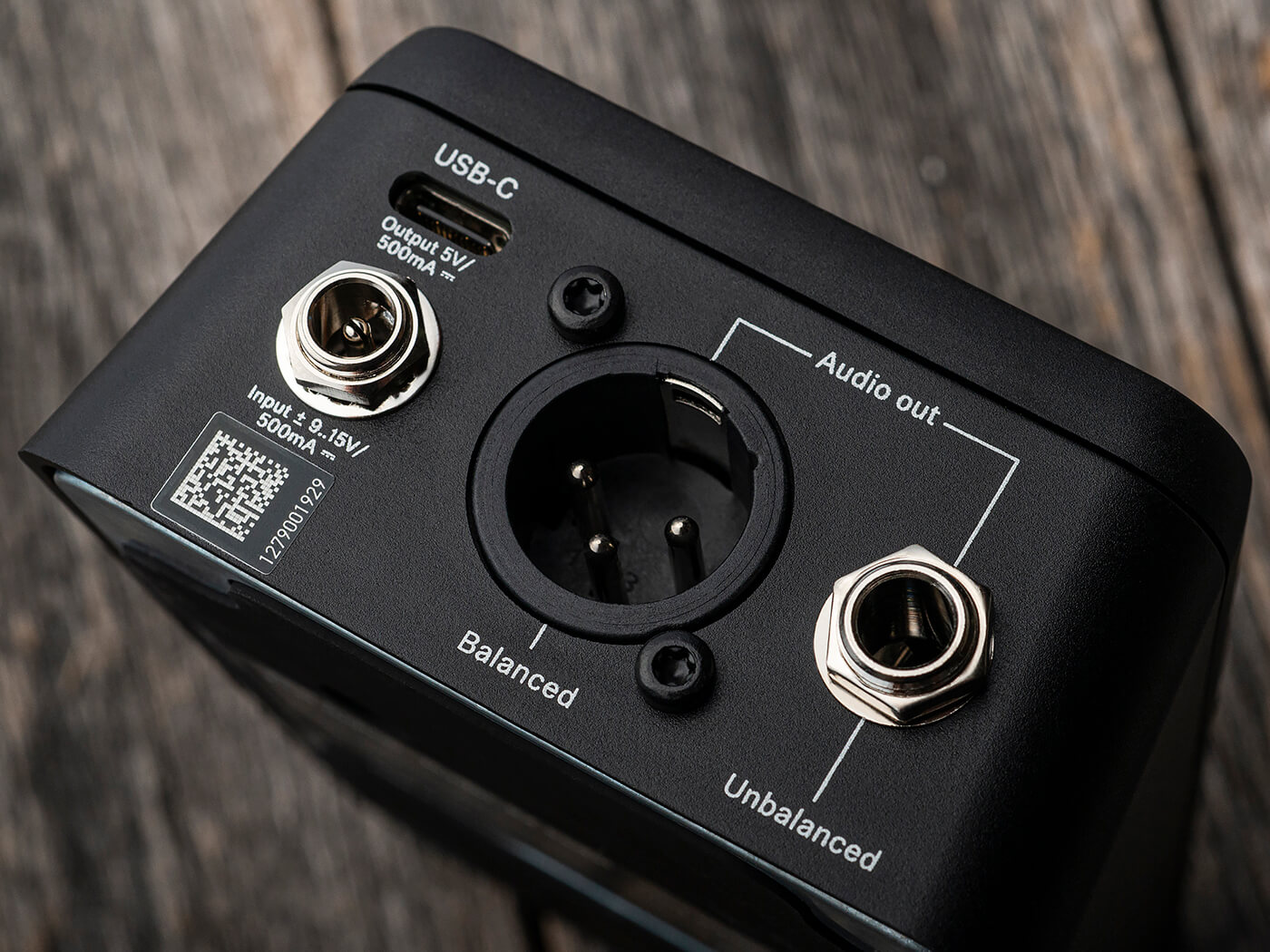 Having charged both Base Set units using the single USB-C cable provided, we pair them with a quick simultaneous button push and we’re off. With the transmitter plugged into an SG, and the jack angled at 90 degrees, everything feels sturdy enough, although with a Telecaster, the combination of gravity and our tasteful bopping does make the use of the supplied strap-mounted transmitter clip and extension cable feel like the safest way forward.

At its best, wireless technology need not mean any discernible drop in sound quality and the Sennheiser system handles everything we throw at it very well indeed. Going straight into a tube amp, the performance is excellent.

The range is very good, and in fact the only way we can provoke any sort of drop-out is by situating the amp on the second floor and advancing into the street outside, guitar in hand. With a maximum of four milliseconds of latency, there’s never any squashy delayed feeling to the front of the note, and the standard 2.4 GHz transmission means an end to worrying about what frequency you’re on. Very impressive.

On to the Pedalboard Set and, once again, pairing the transmitter and receiver is the work of a moment. The screen is not the brightest we’ve seen, but the black background makes the tuning information easy to read even outdoors. It’s good to know that you can pair more than one transmitter to the pedal, too.

When this product line was first floated, the world was a very different place, and the health risks associated with stage-diving into a sweaty mosh pit were based on impact damage alone. However, with a combination of rock-solid performance and ease of use, Sennheiser is offering a cable-free freedom that could prove to be as game-changing to streamers and studio musicians as it will to stage performers when concerts return. 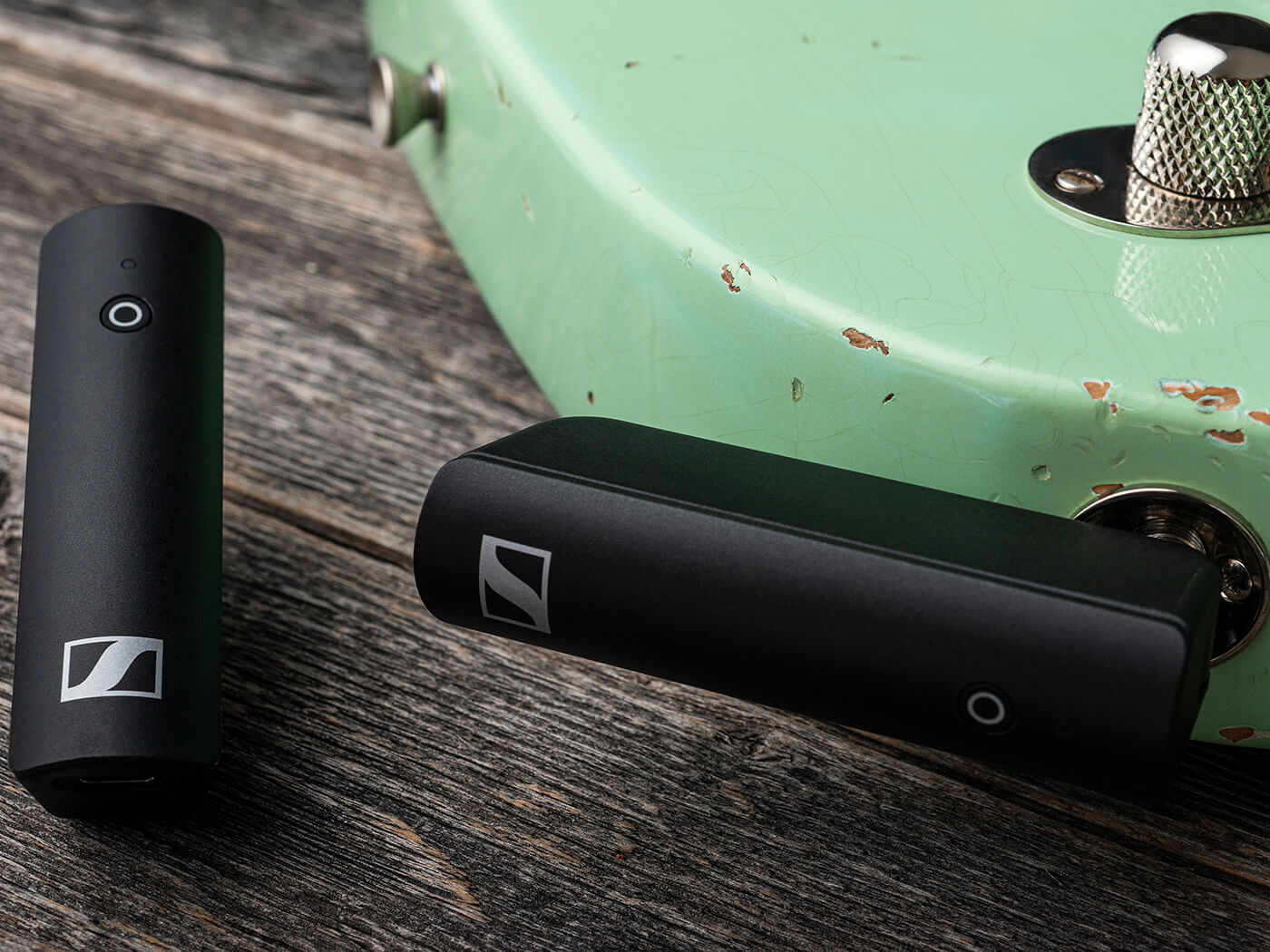