Simple, affordable and built from solid woods, at a crowded price-point, this might be one of the best buys out there. 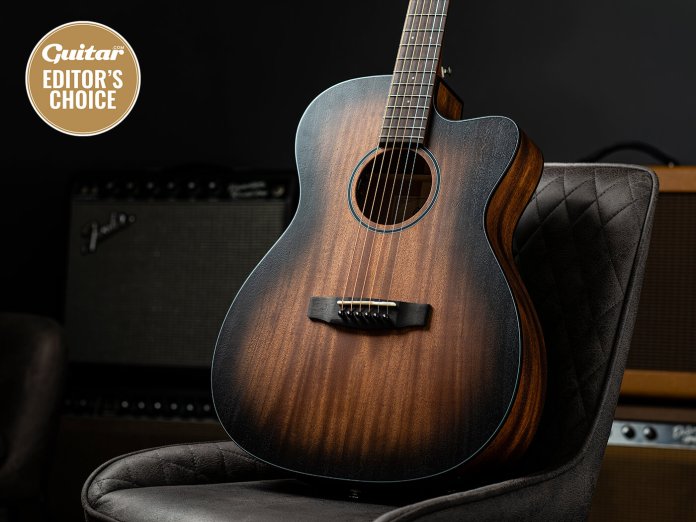 While there are myriad convincing arguments for the exploration of various soundboard woods, many players – this reviewer included – have fallen for the woody charms of an all-mahogany instrument. It’s at guitarists like us that Cort has aimed its new Core-OC Mahogany model, though spruce-top and all-blackwood configurations are also available, with solid woods employed throughout the range.

This lightweight cutaway electro is made from a member of the mahogany family, most likely khaya or sapele (genuine South American mahogany would mean an instrument many times the price), and it looks the part with its sunburst top and textured, open-pore finish. The effect is reassuringly no-nonsense and reminiscent of the Depression era instruments of Gibson and Martin as well as more modern takes on that theme such as Taylor’s American Dream series.

The C-shaped mahogany neck is topped off with an ovangkol fingerboard giving a rosewood-like vibe to proceedings. Ovangkol is also used for the bridge, and the nut and saddle are well-carved pieces of genuine bone. The guitar feels balanced and comfortable on the lap, the slim OM body looking even more so due to the thick ebonised bindings.

All-mahogany instruments are prized for their fundamental and woody sonic character, tending to find favour with players in search of an intimate, breathy sound that can also snap and growl when you dig in.

The first few notes on the this guitar are eyebrow-raisingly good with a great deal of that vintage dusty warmth present in the instrument’s timbre. While the bass response is not huge, it can still get the point across and the midrange is musical and detailed. If you’re playing fingerstyle without nails then a brighter-sounding guitar can often help retain the nuance in the high end, and moving up the neck the treble character is present and engaging albeit a little raw.

Dropping the guitar into a series of open tunings serves to confirm our initial impressions of woody happiness, with a growling bass you can feel in your chest and a snap that is excellent for fingerstyle blues and slide.

The strummed response is also impressive. No-one takes a pick to a mahogany OM expecting D-28 levels of power but the Core-OC can pump out enough volume to support solo vocals unplugged, despite  losing some of its sheen when digging in hard with a heavy pick. If you need more power, the Fishman Sonicore under-saddle pickup, replete with soundhole-mounted volume and tone controls on the Sonitone preamp, will get you there.

This is the sort of product at which Cort really excels, using years of mass production experience and an undeniably efficient design and manufacturing set-up to produce instruments that can inspire at all levels. We look forward to trying the other wood combinations in the range. 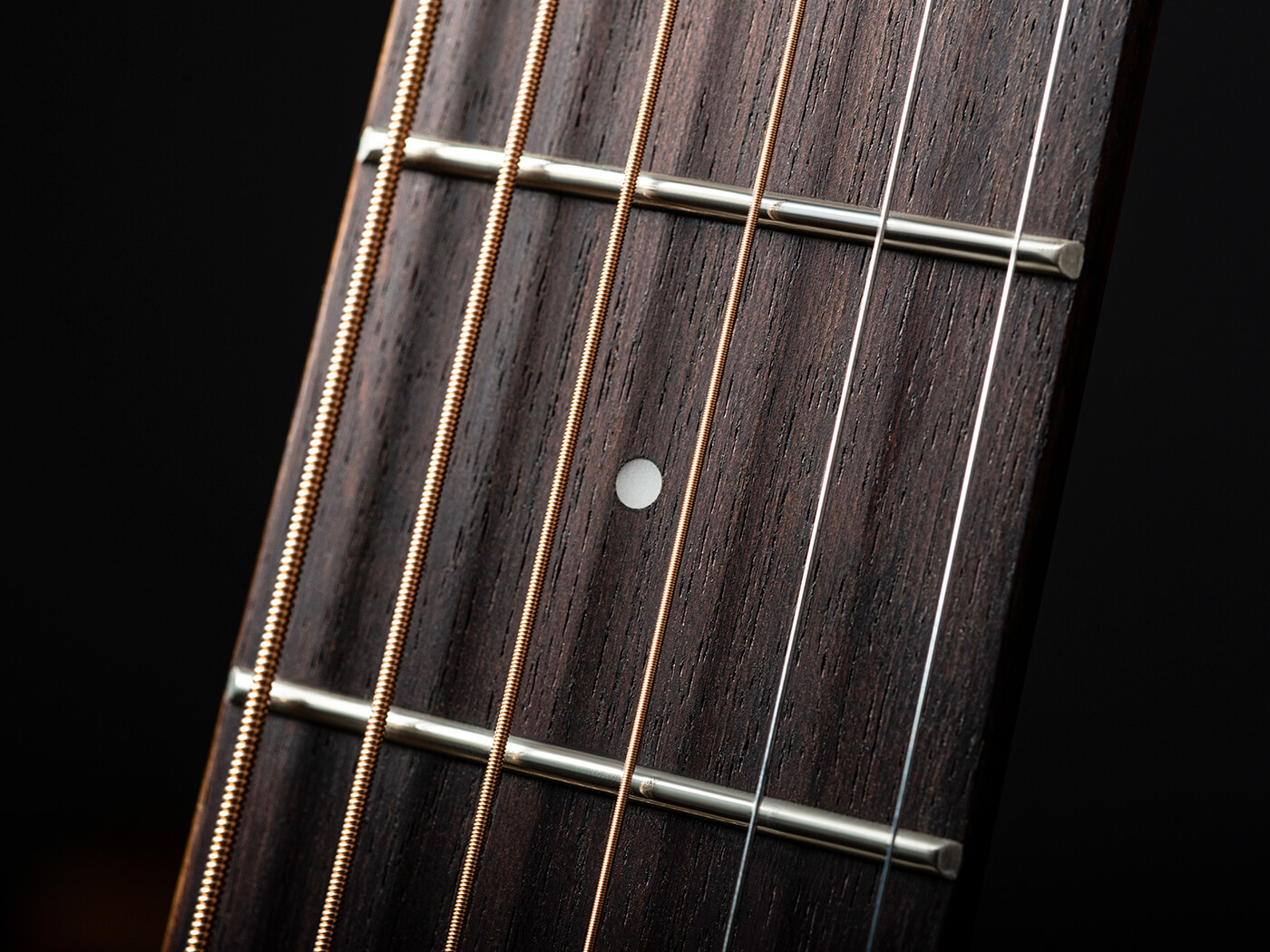