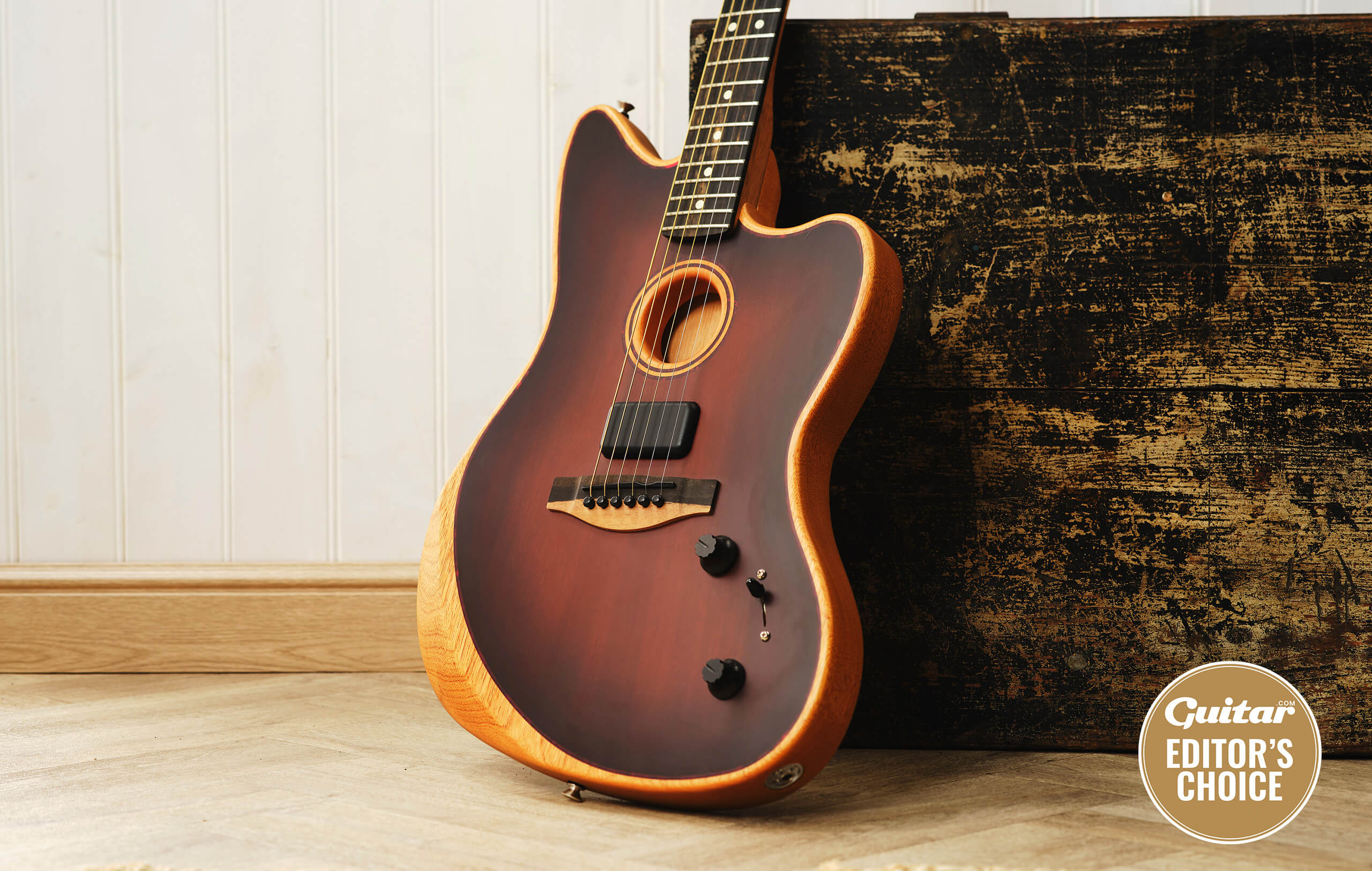 Fender’s added another twist to its acoustic / electric digital modelling guitar series: an offset with a spruce-free build. Could it win over the Acoustasonic sceptics?

A multi-voiced guitar that’s easy to love, especially if you prefer soulful finger-picking to chiming chords.


Some of us are still trying to get our heads around whether we think the whole Acoustasonic thing is a good idea or not. Well, Fender isn’t waiting around for us – it’s getting on with business and expanding the range of its acoustic / electric guitar hybrid concept in all directions.

Last November saw the launch of the Mexican-made Player version of the Acoustasonic Telecaster, lowering the price of admission to this new hybrid world by around £700; and now, alongside some wild-looking limited editions with Paisley tops, come all-mahogany variants on the American Acoustasonic Tele and Jazzmaster. 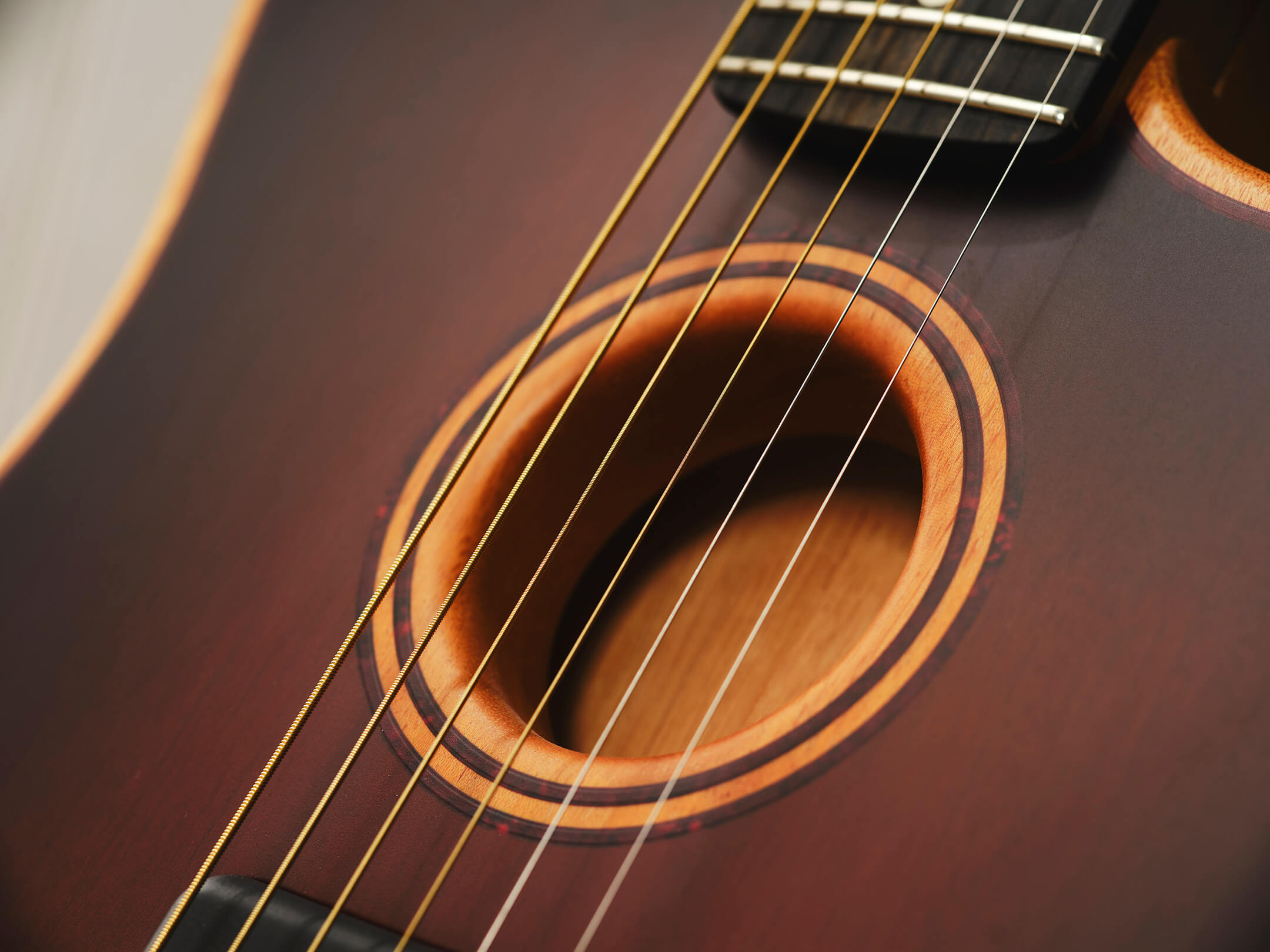 What we’d really like to do at this point is beg Fender to send us one of its pink Paisley jobs so we can spend hours raving about how cute it is… but no, that would be frivolous. What really matters here is tone, so we’re taking a look at the much more discreetly styled American Acoustasonic Jazzmaster All-Mahogany, which promises a slightly mellower response than the spruce-topped standard model.

Tell you what, though: while this Bourbon Burst top is about as frivolity-free as it gets, we do prefer it to the Ocean Turquoise of the Acoustasonic Jazzmaster we reviewed in March 2021. Call us old-fashioned, but the smoky brown finish simply makes it look more like an acoustic guitar – which is, after all, what it’s supposed to be. 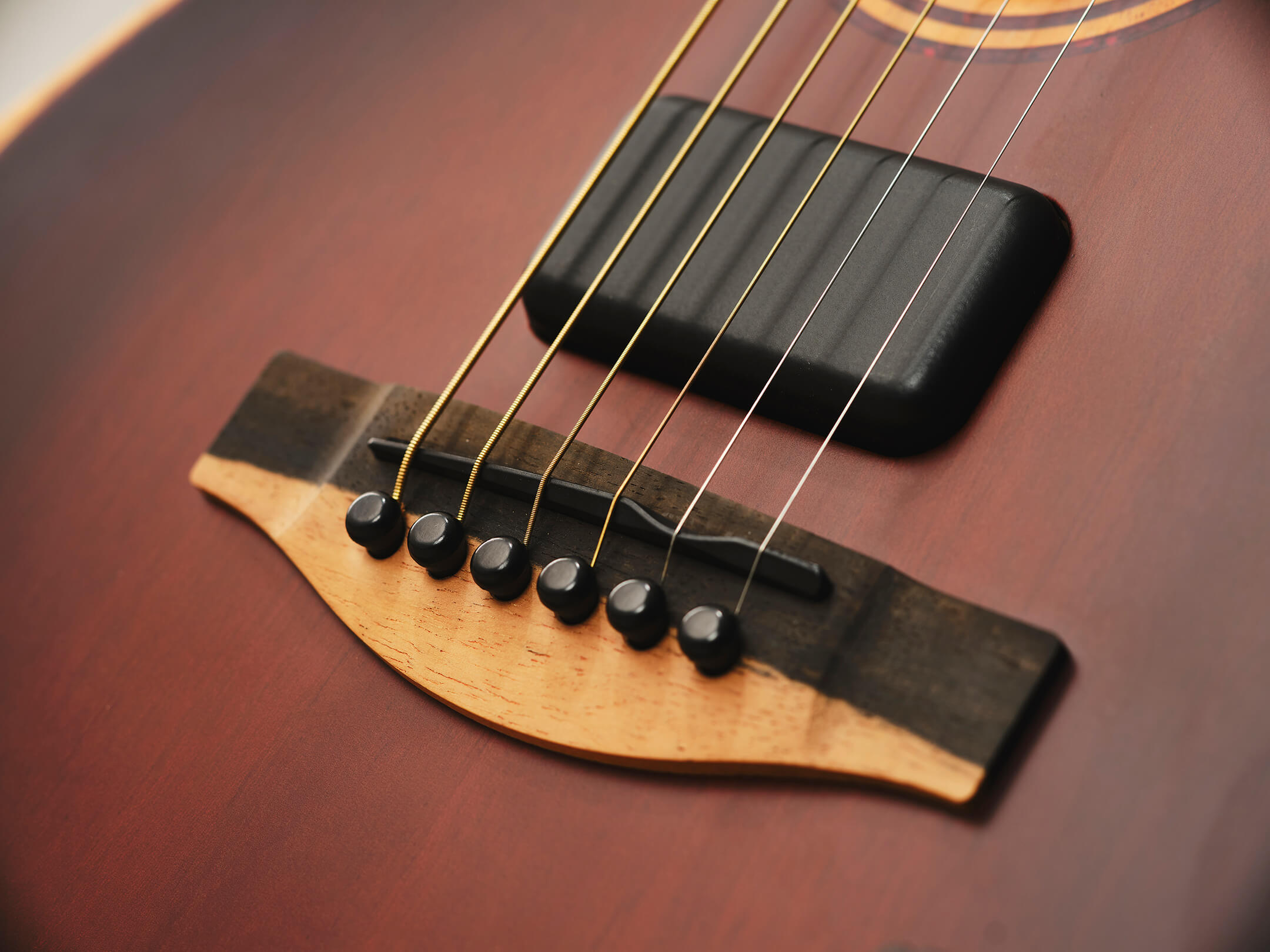 Or should that be a whole bunch of acoustic guitars? Here, in case you’re new to the series, is the essence of the Acoustasonic offering in three steps: first comes the easy playability of a body and neck with the slim geometry of a solidbody electric; next comes the bedroom-noodling fun of a fully hollow design with a patented ‘waterfall’ soundport for better projection; and finally the digital part, combining three pickup types to create an array of sounds that model different acoustic guitar types. 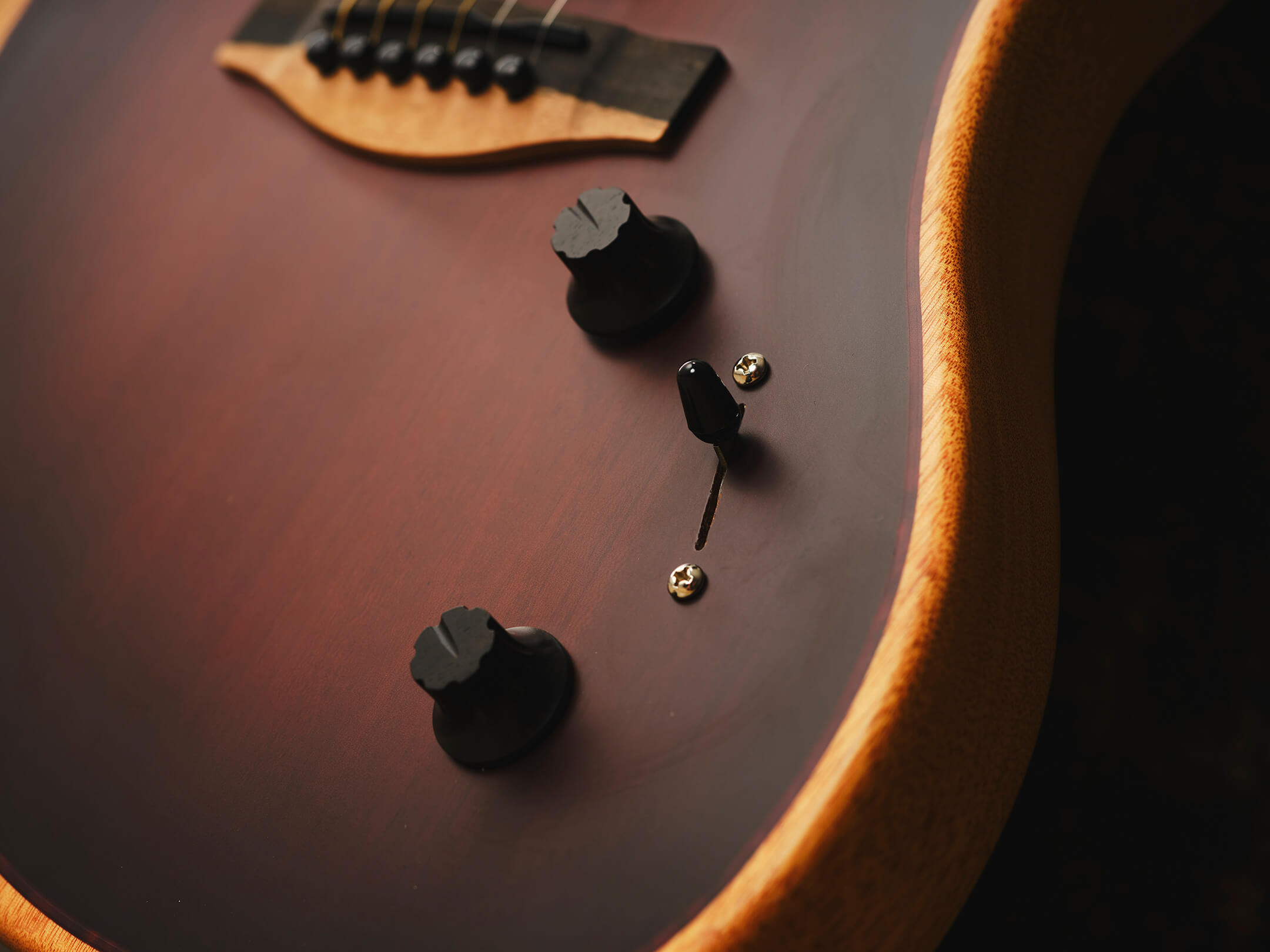 In the case of the Jazzmaster, that means 10 models to choose from – six based on classic acoustic shapes, and four stretching out into new sonic territory by fully embracing the hybrid aspect of the Acoustasonic design. These are arranged in pairs, with a Blend knob letting you, for example, start with a rosewood dreadnought and dial in just as much slope-shouldered Gibson J-45 as you want.

Specs-wise, we’re assured that this all-mahogany version is identical to the sprucey American Acoustasonic Jazzmaster in everything except timber. So again we have a humbucker, a bridge piezo and an internal body sensor generating our signal, and the 10 models are the same – including the ‘lo-fi piezo’ and ‘lo-fi piezo crunch’ tones that you don’t get with the equivalent Strat or Tele. 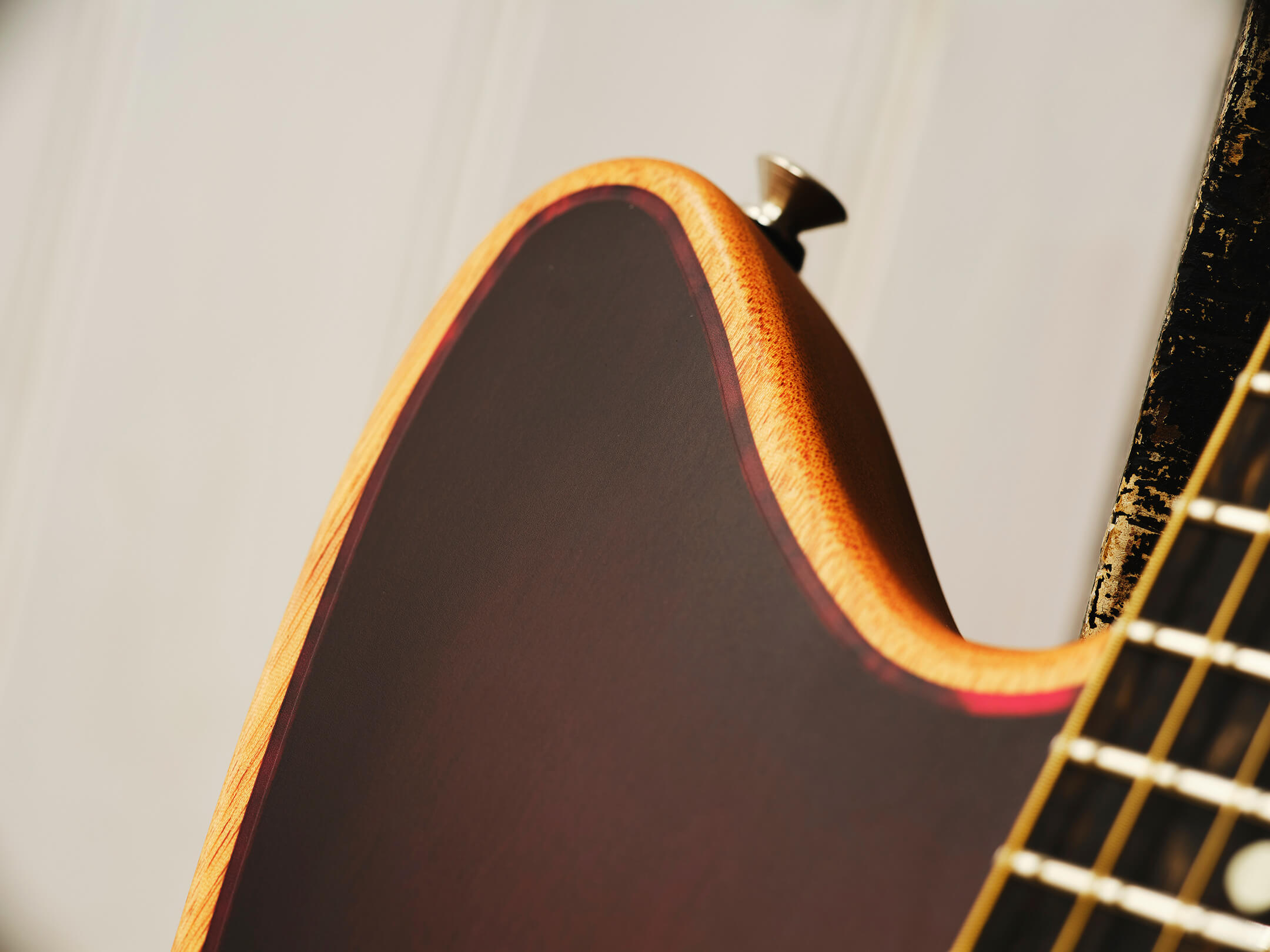 Just like the other Acoustasonics we’ve tested, this one feels nothing like an acoustic guitar – that is, aside from the extra resistance in the coated 0.011-0.052 phosphor-bronze strings, complete with wound G. This is important, because if you’re an electric twanger at heart you’re going to be much more eager to pick this thing up than anything that feels like a wooden bathtub.

It also helps that the build quality of our review instrument is just about impeccable, with a softly porous feel to the back of the neck and an inviting smoothness to the forearm chamfer. The fretting’s pretty tidy too, although the slightly patchy look of the ebony fingerboard is less appealing than the striking dark/light effect of the bridge. 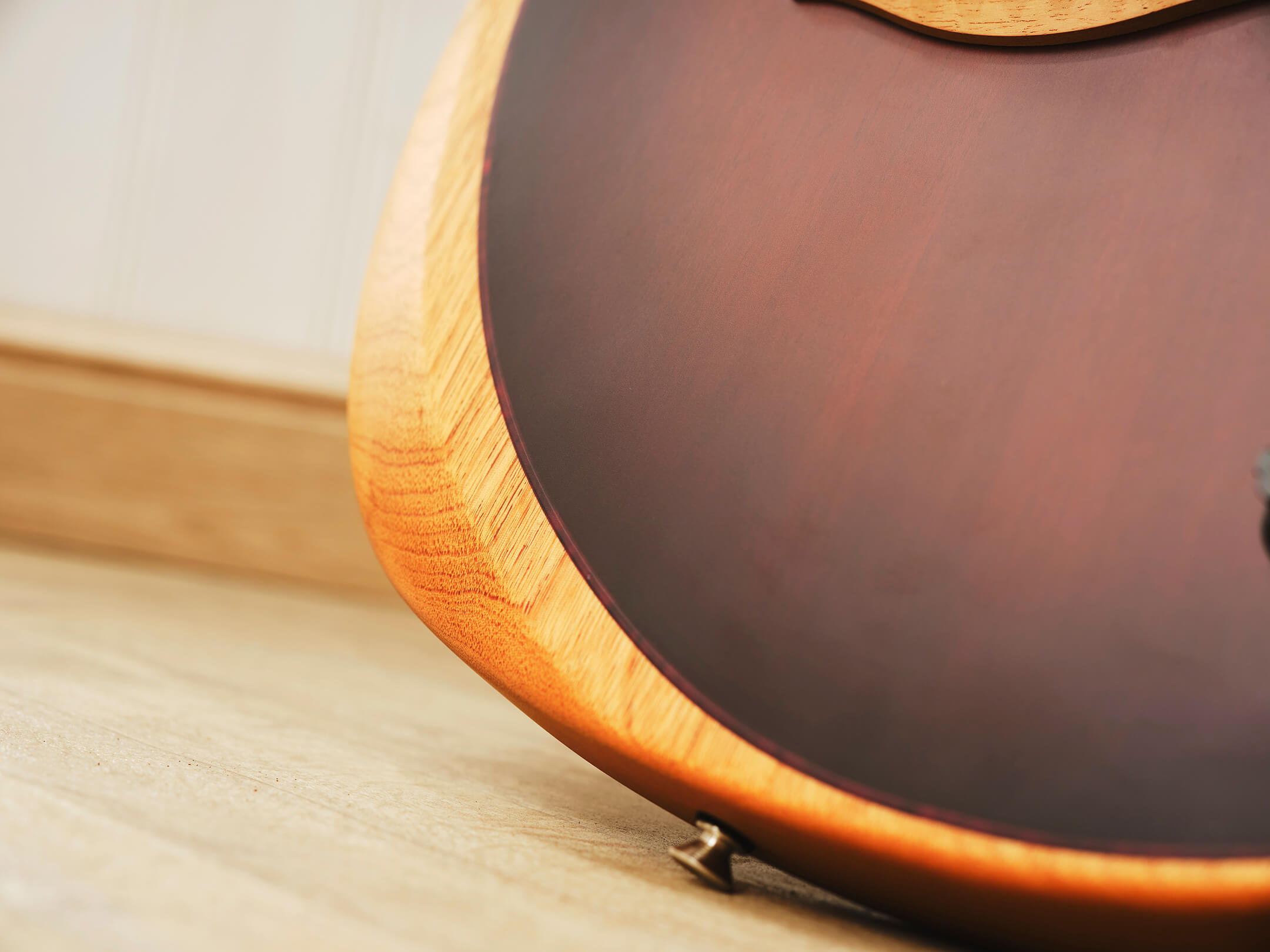 So we begin with an unplugged strum, and the guitar immediately responds with the kind of cheekily intimate tones that make us want to go camping just so we can build a fire to play it in front of. As before, it’s nowhere near as loud and full-toned as a full-depth acoustic, but that doesn’t stop it being likeable in its own right – even more likeable, perhaps, than the version with a spruce top.

Onwards, then, to the digitally modelled voices. Probably the best way to judge these is to record them then listen back over studio monitors – so that’s what we’ll do, starting with the blade selector flipped forwards and the blend knob fully anticlockwise for a rosewood dread. 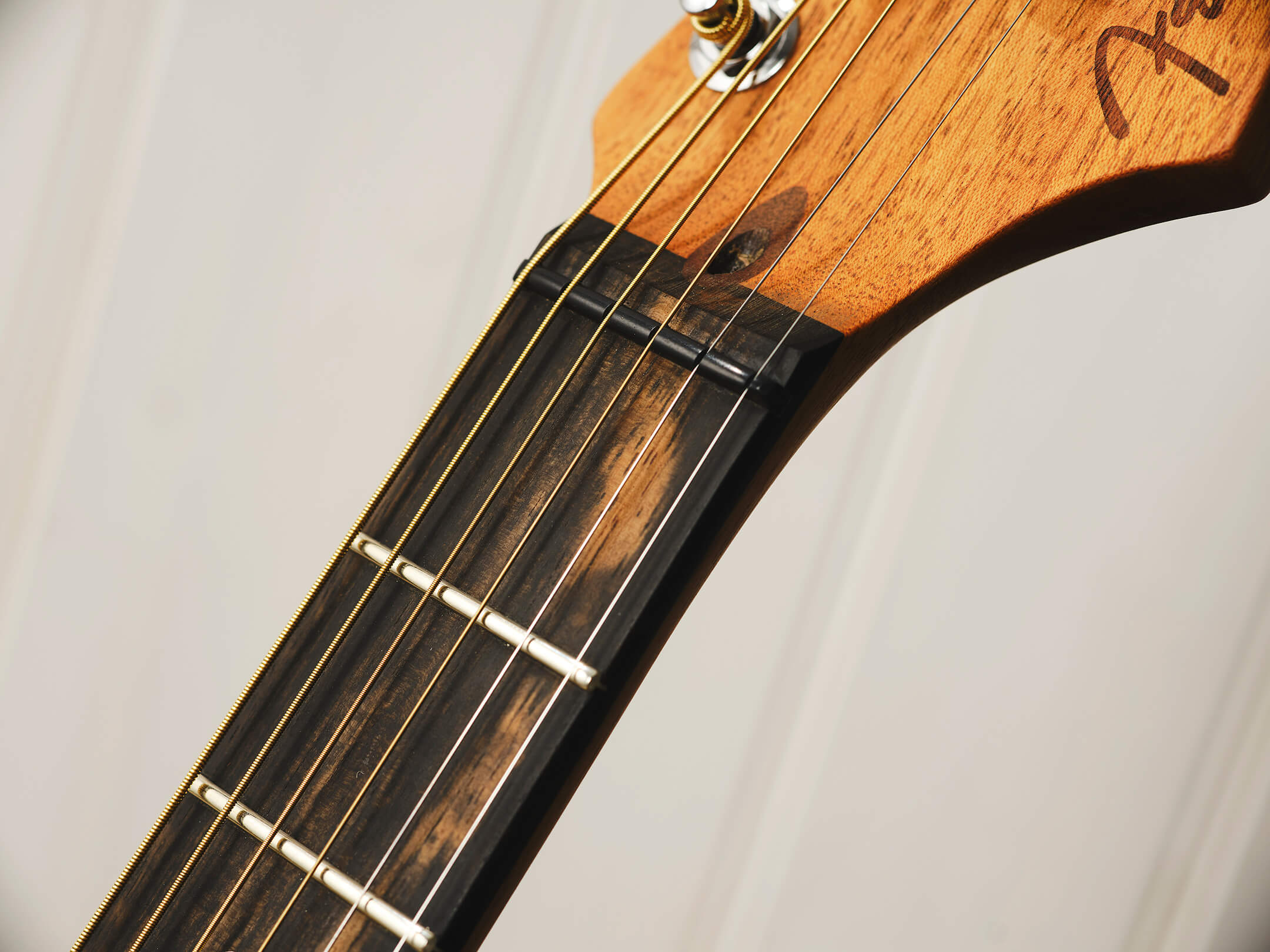 In our review of the standard American Acoustasonic Jazzmaster we described this sound as “a warm, open, breezy strummer that will surely appeal to strident singer-songwriters”. The essence of that description remains valid here, although we don’t recall the other guitar being this soft in the treble response: it’s possible there’s an element of confirmation bias in this, but the mahogany top does seem to be having a significant effect on the digitised tone.

That’s just as true when we roll the Blend control round to ‘mahogany slope shoulder’ mode, which maintains a similar bass/treble balance but dramatically reshapes the midrange. Parking that knob somewhere around halfway throws up some pleasing in-between sounds, and it’s noticeable that any setting with a decent amount of both models is fuller and louder than either on its own. 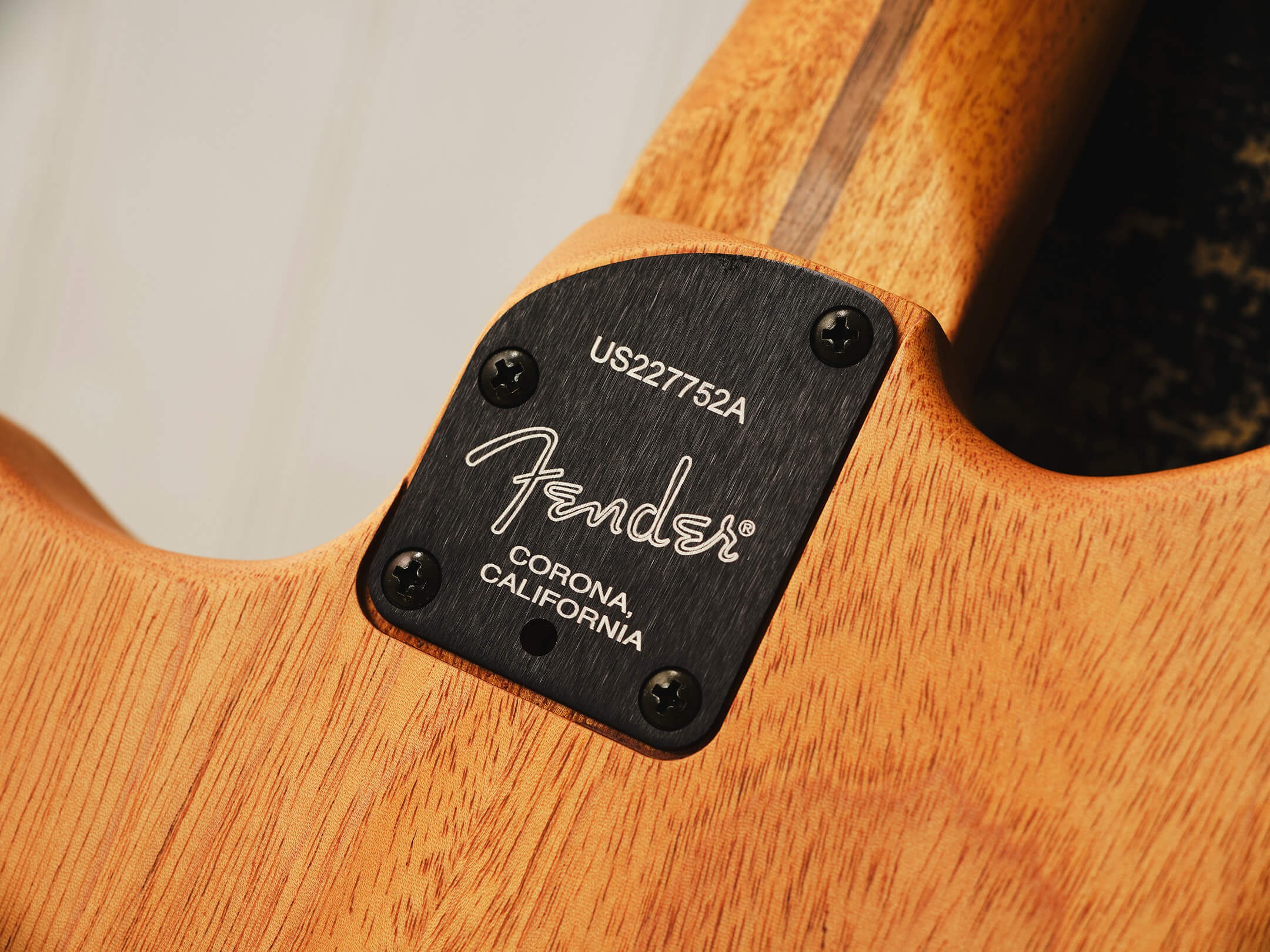 The next pair of models are both supposed to be mahogany anyway – a jumbo and a small-bodied Guild M-20-type – so is there a danger of mellowness overkill here? Not exactly, though with strummed chords you may find yourself cutting lows and boosting highs quite markedly to get these sounds sitting clearly in a band mix.

The original Acoustasonic Jazzmaster’s rosewood auditorium model was probably our favourite, and it still is here: smooth and balanced, with a straightforward realism that stands out from the first chord. In this position the blend knob adds the body sensor pickup for top-slapping percussive effects; these can be effective, but even for straight chord work this extra element of brisk airiness can open up interesting new tonal areas. 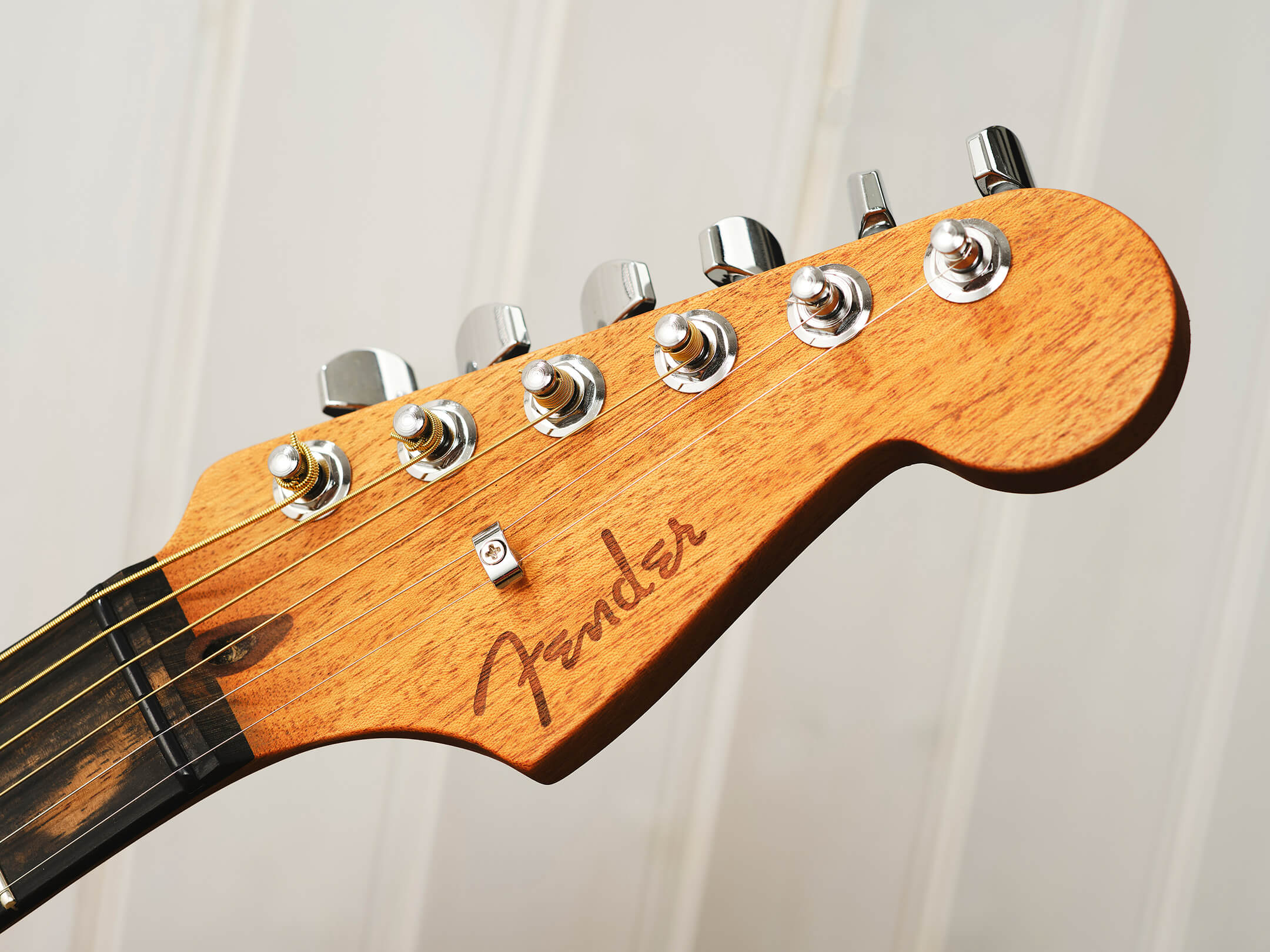 We still have no idea what to make of the last two pairs of sounds – one bringing the 80s-style raw piezo slap, with or without a dash of crunch, and one calling on that Tim Shaw-designed humbucker by the bridge for a unique take on a standard electric. Maybe you’ll never use any of these oddball voices, or maybe they’re the future of rock’n’roll. History will answer that question… but for now, it might be time to stop worrying and accept that the Acoustasonic concept is definitely a good idea.