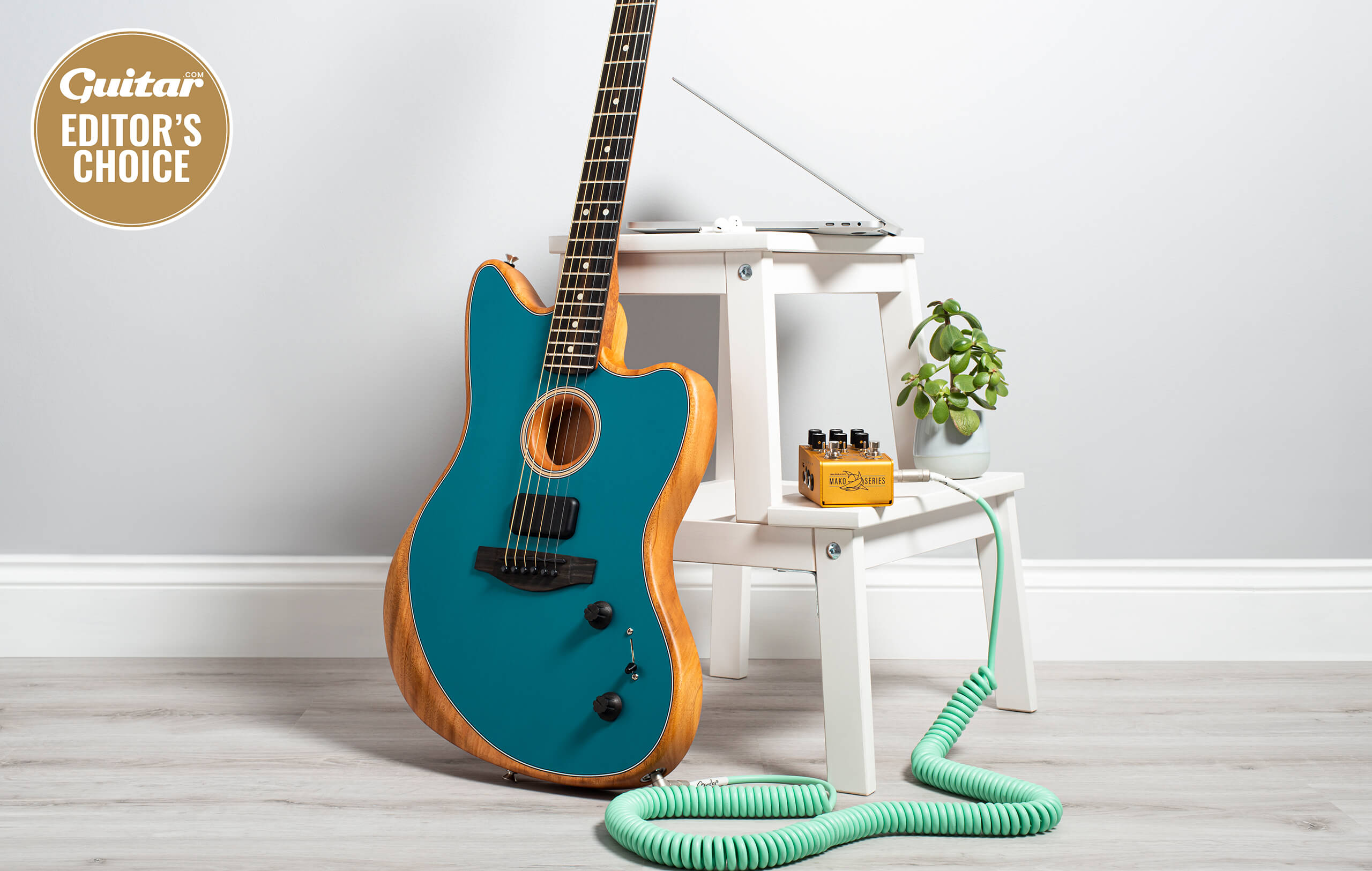 The coolest-looking Acoustasonic yet… and it has the tones to match.

People have been trying to bridge the gap between acoustic and electric guitar for decades, generally with results that might be politely described as ‘limited’. But the commercial success of Fender’s latest Acoustasonic models suggests the tech to execute this feat of hybrid design has finally caught up with the idea.

First, in early 2019, there was the American Acoustasonic Telecaster; a year later came a Strat version with tweaked voicing options; and now it’s the turn of the Jazzmaster, refining the formula with that delectable swooping body shape and, perhaps more significantly, a humbucker.

What is that formula? Well, the starting point is a thinline hollow body with a distinctly electric feel and a patented ‘waterfall’ soundport to make it sound more like a full-size acoustic in the room. The really important stuff, though, is happening in the realm of electronics.

“If the priority was to make this guitar feel like a Jazzmaster, it’s mission pretty much accomplished”

As before, there are three signal sources involved: the one visible pickup plus a piezo in the bridge and an internal body sensor. Digital processing turns all of that into 10 distinct sounds – and this is where the Jazzmaster flexes its ‘alternative’ heritage. An array of six acoustic voices and two electric options tallies more or less with the Tele and Strat models, but the final pair here are two new settings listed as ‘Lo-fi piezo’ and ‘Lo-fi piezo crunch’. Intriguing. 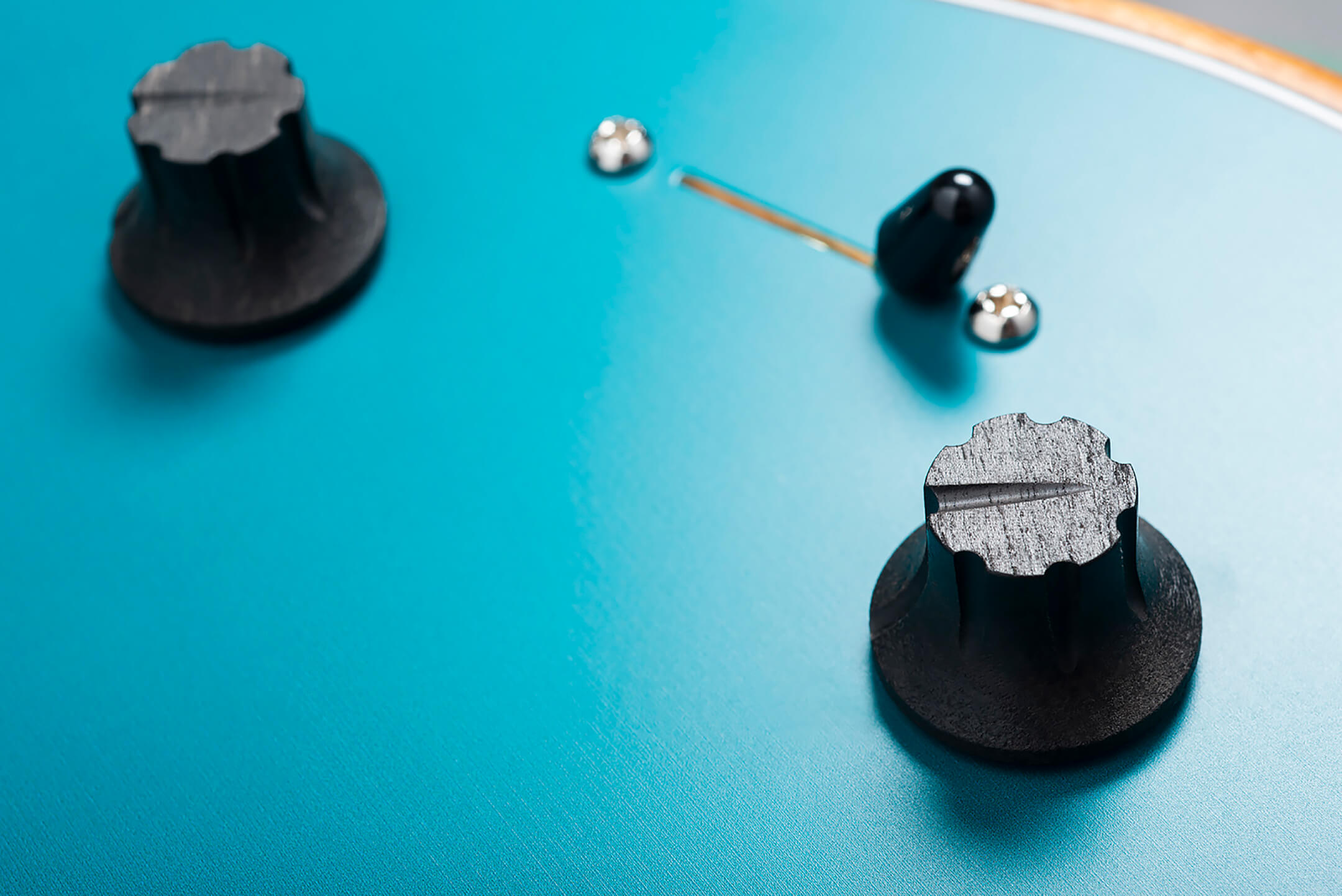 The 10 sounds are arranged in pairs, each accessed via a Strat-style five-way blade selector; you might assume the knob at the back is a tone control but it’s actually for mixing between the two voices in each pairing.

If the priority was to make this guitar feel like a Jazzmaster, it’s mission pretty much accomplished. As well as sticking to the classic silhouette, the body is no thicker than a standard offset, while every aspect of the neck and fretboard is very much electric… that is, except for the coated 0.011-0.052 phosphor-bronze strings, complete with wound G, essential for that natural acoustic tone. 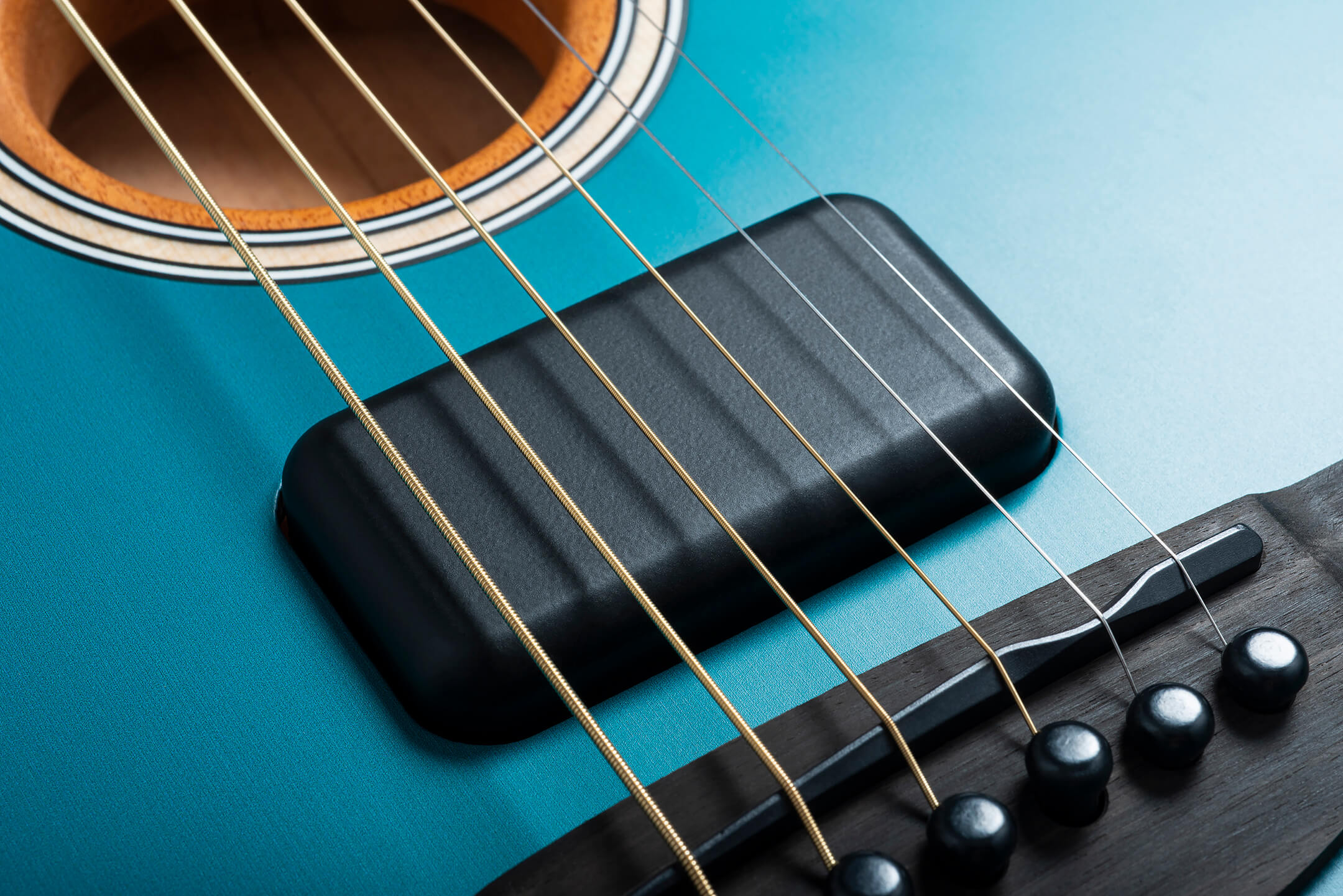 We’re going to play this guitar acoustically, we’re going to slam it through an amp… but most of all we’re going to plug it into an audio interface and record it, so we can listen back through monitors without having to worry about any spillage of unplugged tones from the instrument itself.

There’s not an awful lot wrong with those unplugged tones, though. This is the biggest Acoustasonic yet in terms of internal volume, which has allowed Fender to explore some larger virtual body shapes – and also helps it ring out with ample power as a lightweight bedroom strummer. Of course it can’t provide anything like the low-end warmth you’d get from a full-depth acoustic, but as a bright and spanky accompaniment to your evening warbles it should be more than adequate. 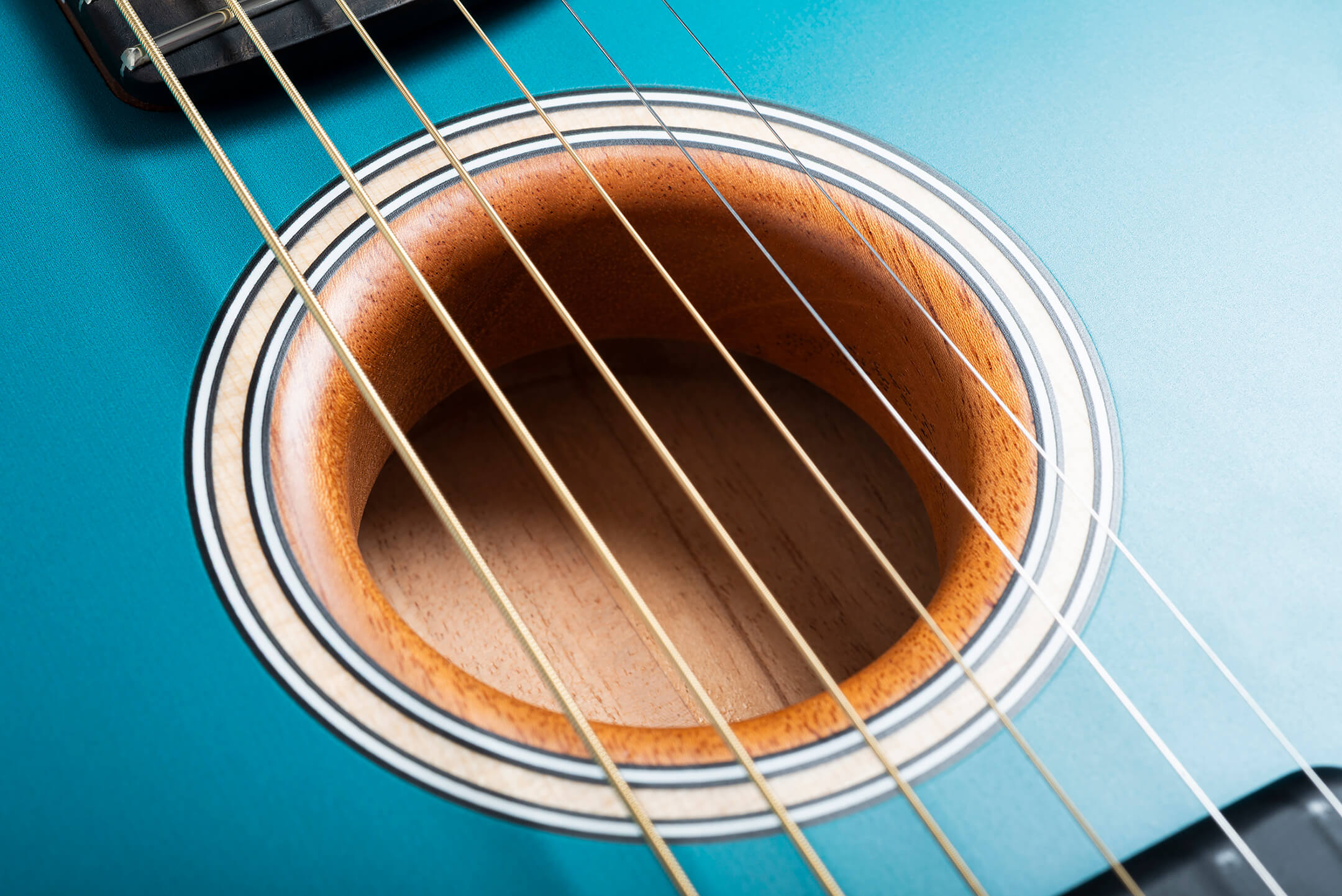 In position one on the blade selector with the Mod dial fully anti-clockwise, we’re greeted by an immediately likeable rosewood dreadnought. Yes, there’s a hint of that plasticky piezo brittleness when you hit a chord hard, but this is a warm, open, breezy strummer that will surely appeal to strident singer-songwriters. And when we wind round to the other end of the Mod control? Our dreadnought is transformed into a mahogany slope-shouldered guitar in the style of a Gibson J-45. The difference is stark, as we exchange that full-frequency response for something much more dry and mid-focused, but it’s no less convincing.

The real secret weapon of the Acoustasonic concept, though, is the ability to dial in ‘best of both worlds’ settings between those extremes of the Mod dial. In this case that means a broad palette of large-bodied acoustics, with the added bonus that you seem to get a fuller bass response across the middle section of the blending zone than you do from either model on its own. 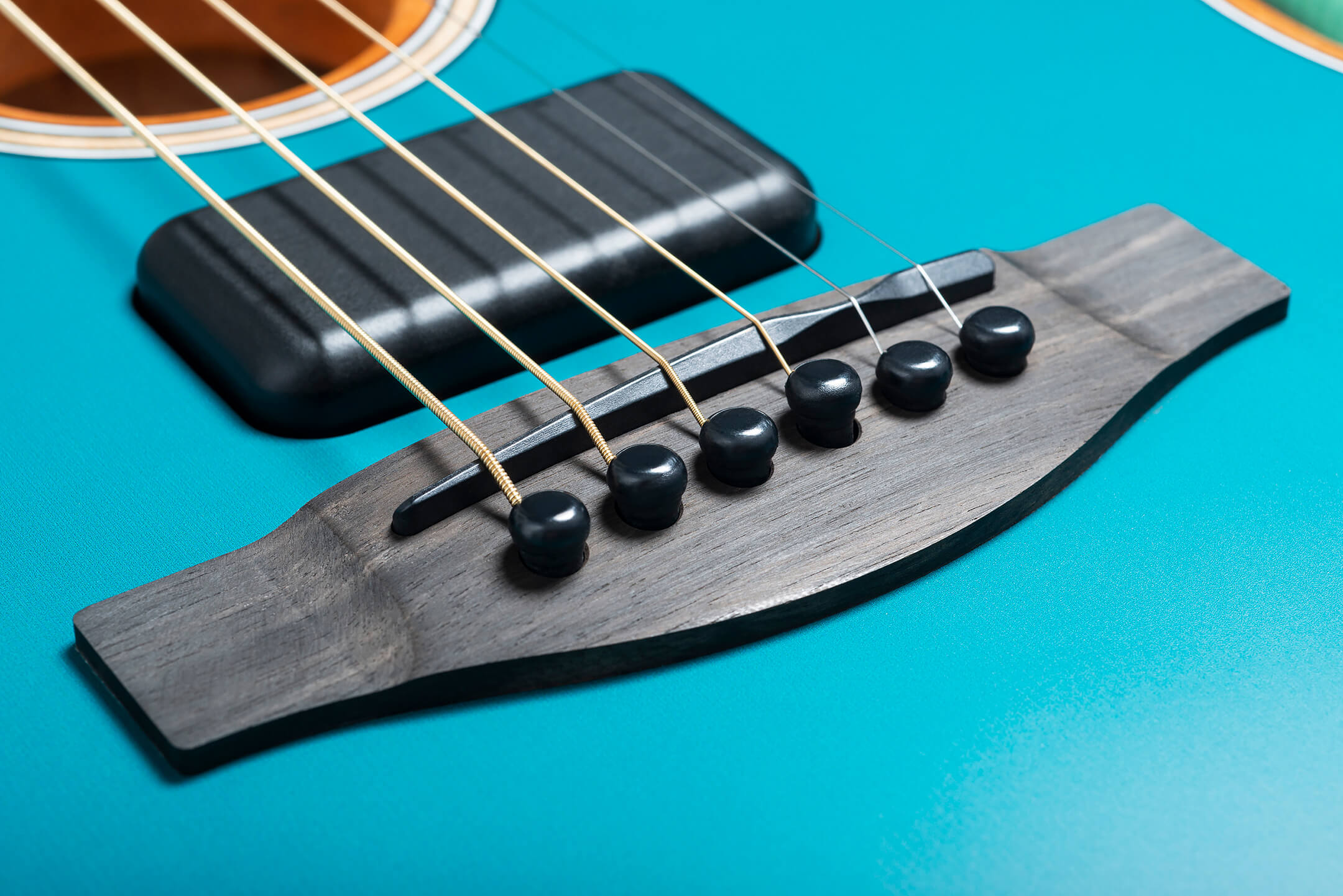 Position two gives us two more mahogany types: a whopping jumbo and a small-bodied picker inspired by the wondrous Guild M-20. Fender has cheekily put a huge guitar and a tiny one on the same switch setting here, which really gives the Mod dial a lot of ground to cover. The smaller model demands to be fingerpicked, and its woody intimacy makes the jumbo sound distant and slow in comparison, but again the blends are well worth exploring.

The rosewood auditorium model in position three is billed as ‘a more modern hi-fi sound’ and we’re not going to argue – as an all-rounder, this might be the pick of the bunch. The other end of the Mod dial here adds the body sensor pickup for more percussive tones, the obvious use case being to loop a finger-thumping drum pattern then play over it with a different setting; this works fine, but you might find that the in-between sounds with just a little bit of body sensor work even better. 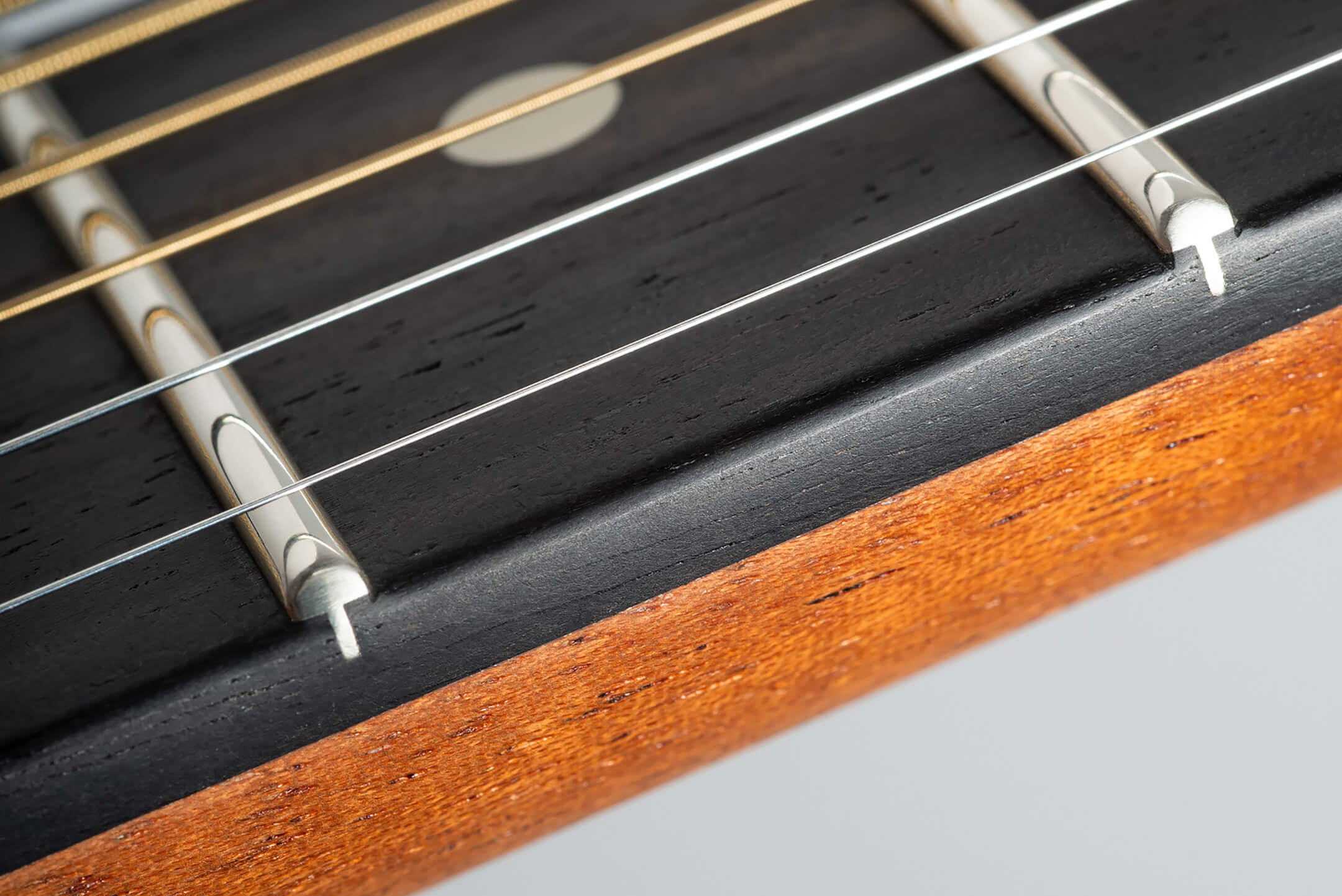 Right, we’ve come to the intriguing bit… and it’s not what we were expecting. If your idea of ‘lo-fi’ is early Elliott Smith or Sebadoh, be prepared to embrace a very different definition of the term: this is such a pure piezo sound that it’s almost too hi-fi, with the strangely slappy quality of a 1980s Ovation. It’s far from seductive on its own, but it’s not bad as a platform for adding effects – and that includes the overdrive that’s introduced by turning the Mod knob to blend in the Jazzmaster’s humbucker.

That humbucker is an interesting proposition. In the last blade position you get to hear it on its own – with the Mod control adding raucous JCM800-style dirt – and this is where the line between acoustic and electric gets really hazy. Yes, it sounds like a (somewhat aggressive) electric guitar in terms of pure tonality, but there’s a distinctly acoustic feel to the attack/decay envelope that takes us in a subtly different direction. Now add effects, or even an amp, and you might well conclude that this bridge between the two guitar worlds is an enticing and potentially creative place to hang out.