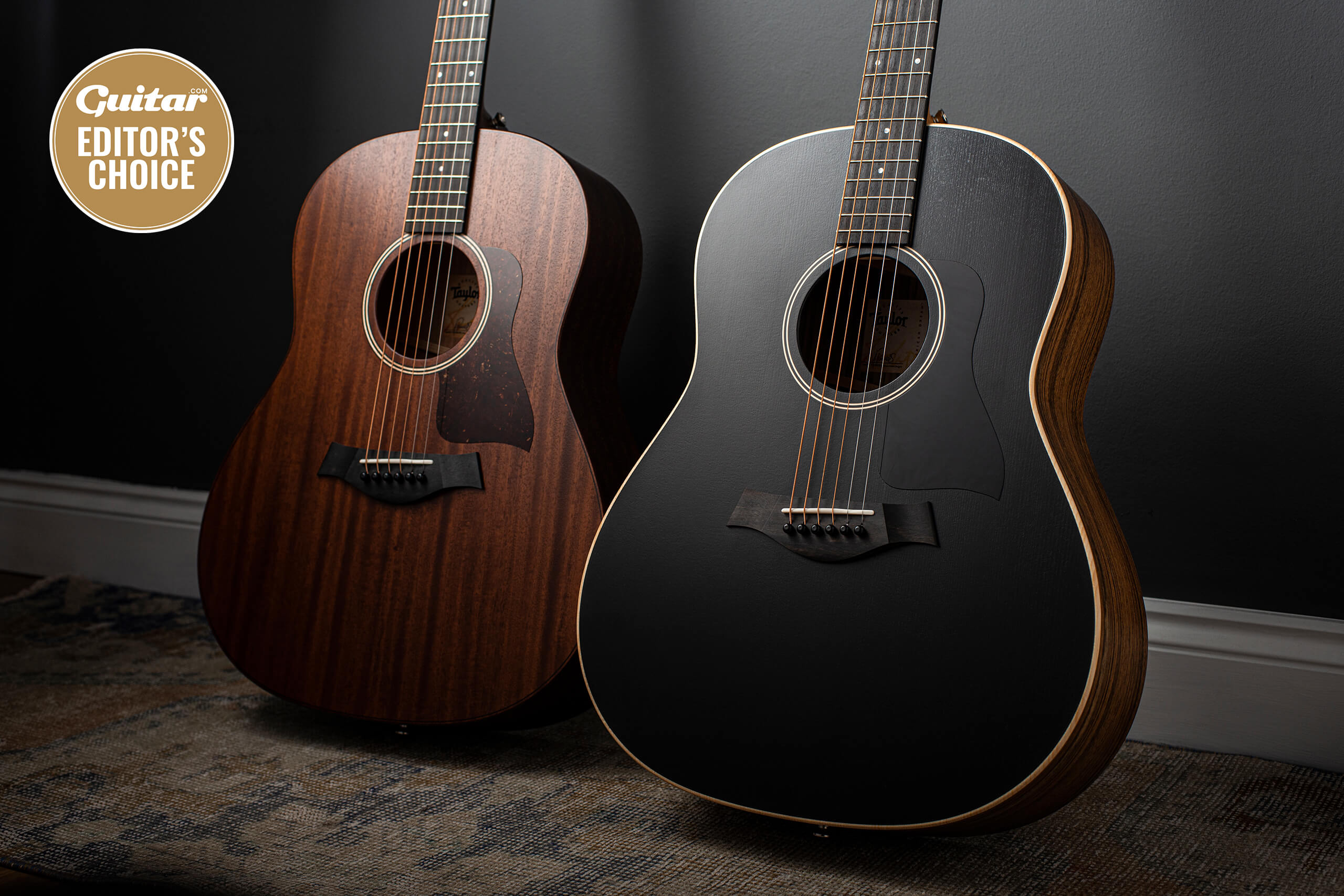 Taylor returns with new USA-made Grand Pacific instruments, crafted in the face of adversity and named after its very first workshop.

When Taylor’s master guitar designer Andy Powers accepted the offer to guide the company into a new era, there was no way he could have factored a pandemic into his plans. However, much like the rest of the world, Taylor Guitars has been heavily disrupted by recent events.

Freely admitting that any kind of production was a daunting prospect, Andy Powers and Bob Taylor worked together to design a new line built in the El Cajon factory in Southern California. Taking their name from the workshop that Bob bought with company co-founder Kurt Listug back in 1974, the first American Dream models are all V-Class braced Grand Pacific instruments, but other body styles may arrive the future. 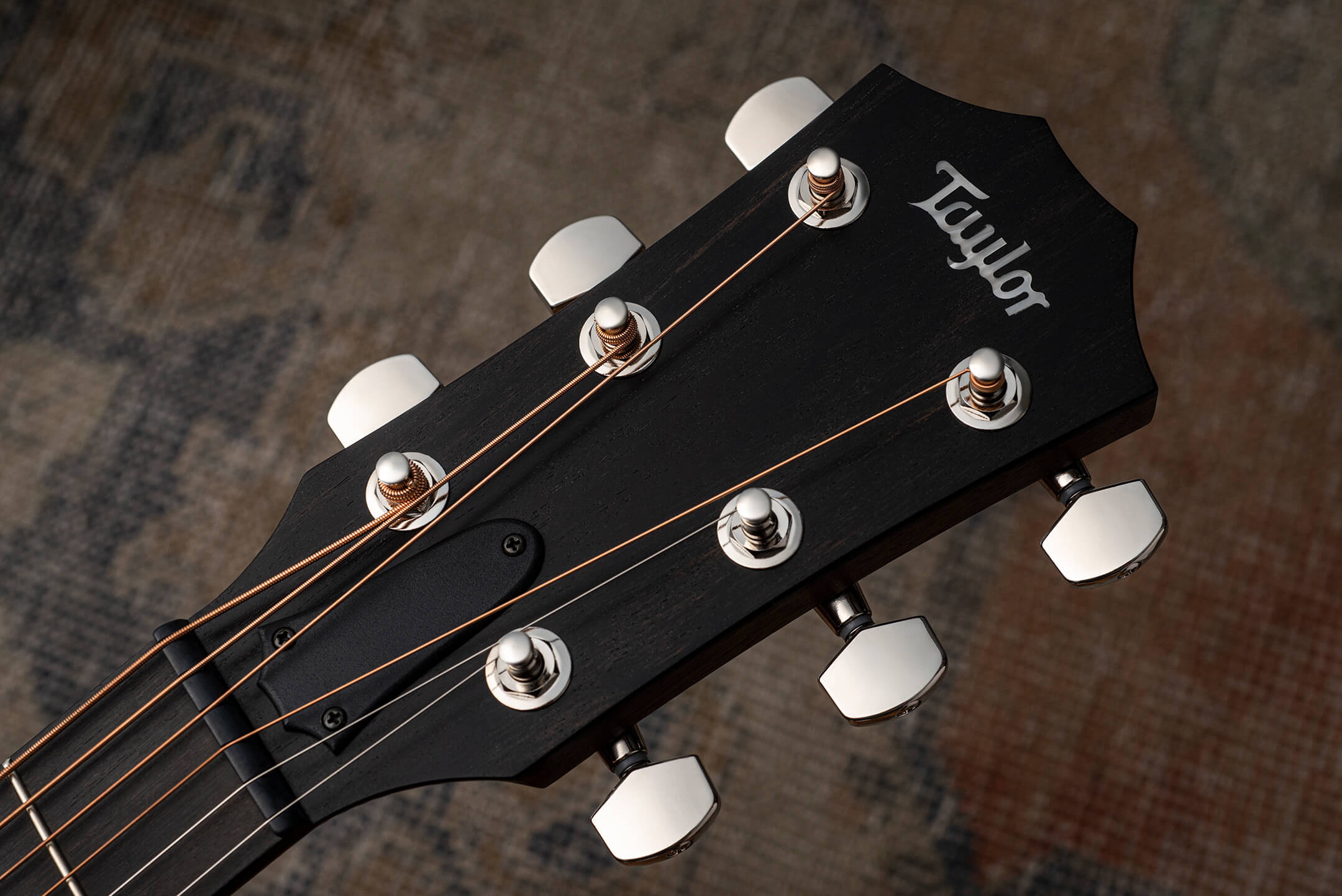 The Taylor Grand Pacific was an original Andy Powers design based around V-Class architecture, and it’s essentially a slope-shouldered dreadnought. It’s also fast gaining a reputation as a very versatile, warm-voiced instrument that fits wherever you might see a larger body guitar.

As Powers himself explained recently in an exclusive chat with Guitar.com, “I’m not always a big fan of the ‘plosive’ effect that you get out of a dreadnought – it’s like a singer who needs a pop shield in front of a studio mic. I wanted the power of a larger body with a broad waist but I needed to filter that out that explosive response so it’s more of a musical syllable – a low note rather than a pop.”

Our review guitars comprise the striking AD17 Blacktop in ovangkol and spruce, and the AD27, an interesting variation on the theme of a depression-era instrument with a mahogany soundboard over sapele back and sides. Although these early examples feature ebony bridges and fingerboards, Taylor will soon be moving to fumed eucalyptus, which Andy Powers describes as being visually and functionally very similar. Interesting.

Aesthetically these guitars are stark, with little decoration to speak of, but that doesn’t make the American Dream series any less visually attractive. The stripped-back, street fighter vibe is actually very appealing.

There’s no binding, instead the body edges are chamfered, which is especially effective on the AD17 Blacktop. A look inside reveals the sides are lined rather than kerfed, while on the outside, gone is the mirror-flat pristine sheen usually synonymous with Taylor. Instead, a combination of unfilled pores and super-thin water-based finish gives these instruments an organic, wild wood feel.

Speaking of wood, both guitars exhibit aesthetic imperfections or character – depending on how you look at it – that you also might not associate with Taylor. However, as Bob himself proved definitively with his Pallet Guitar in 1995, the sound of a Taylor instrument can be pulled out of any woods the company chooses, with construction techniques being just as vital as materials used.

While both our review guitars are purely acoustic, all models in the American Dream range are also available with Expression System 2 electronics, and the guitars come in superb heavy duty Taylor gigbags.

At the beginning of our playing session, the first thing we notice is that these guitars are not strung with Taylor’s usual Elixir strings, which is a slight jolt to the system. However, both instruments feel lively, well-balanced and ready for action.

The lightweight AD27 has an open and musical sound with much of the immediacy and fundamental character you’d associate with an all-mahogany guitar. There’s a beautiful dry shimmer to the top end and impressive sustain, attributable in no small part to the V-Class bracing.

The guitar handles fingerstyle well but the response with a flatpick is variable. It can be very breathy and expressive when gently supporting vocals but the high-end response struggles when you approach the guitar with a heavier pick – notes often losing their body and punch. That said, anybody planning to subject a mahogany top guitar to a life of open G runs with a BlueChip 80 might need to rethink anyway.

In contrast, the ovangkol and spruce AD17 has a much punchier voice with an aggressive, slightly nasal midrange which, while it may soften over time, makes this guitar a far stronger candidate for flatpicking than fingerstyle in standard tuning. The bass response feels a little constricted while the trebles remain fat right up the fretboard – albeit with the slightly metallic front end to the notes that’s typical of Sitka spruce and its variants. 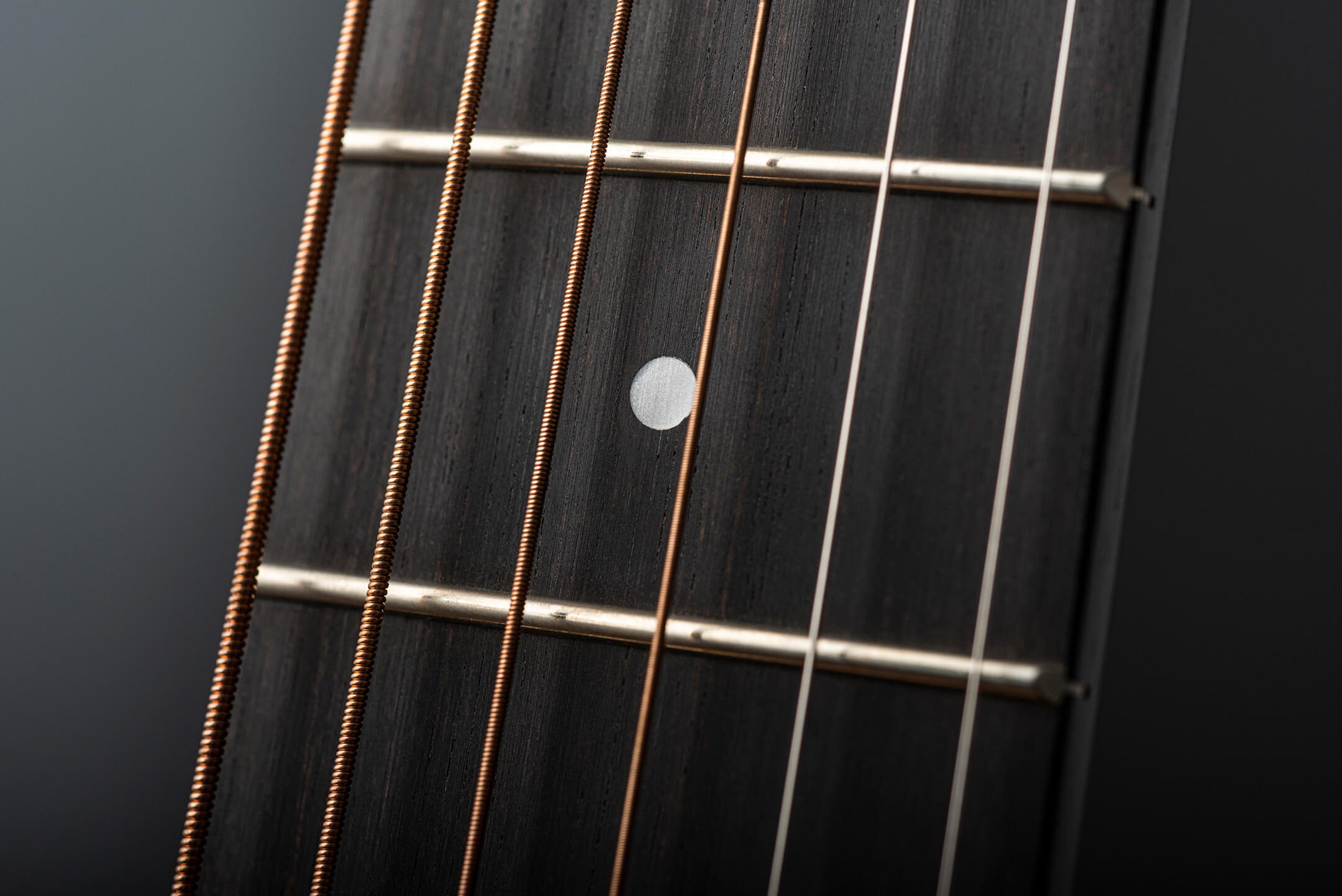 However, there’s a marked contrast when we drop the guitar into DADGAD, as the AD17 comes alive with a muscular and articulate low end that wasn’t even hinted at in standard tuning. It’s a powerful, modern voice that works as well for Michael Hedges-style meanderings as it does for Americana murder ballads.

While both of these guitars have an organic, earthy charm, it’s worth noting that the finish can create extraneous noise. Body rubs, scrapes and swooshes are a fact of life with many satin-finished instruments but you may also experience rubbing noises on the back of the neck. 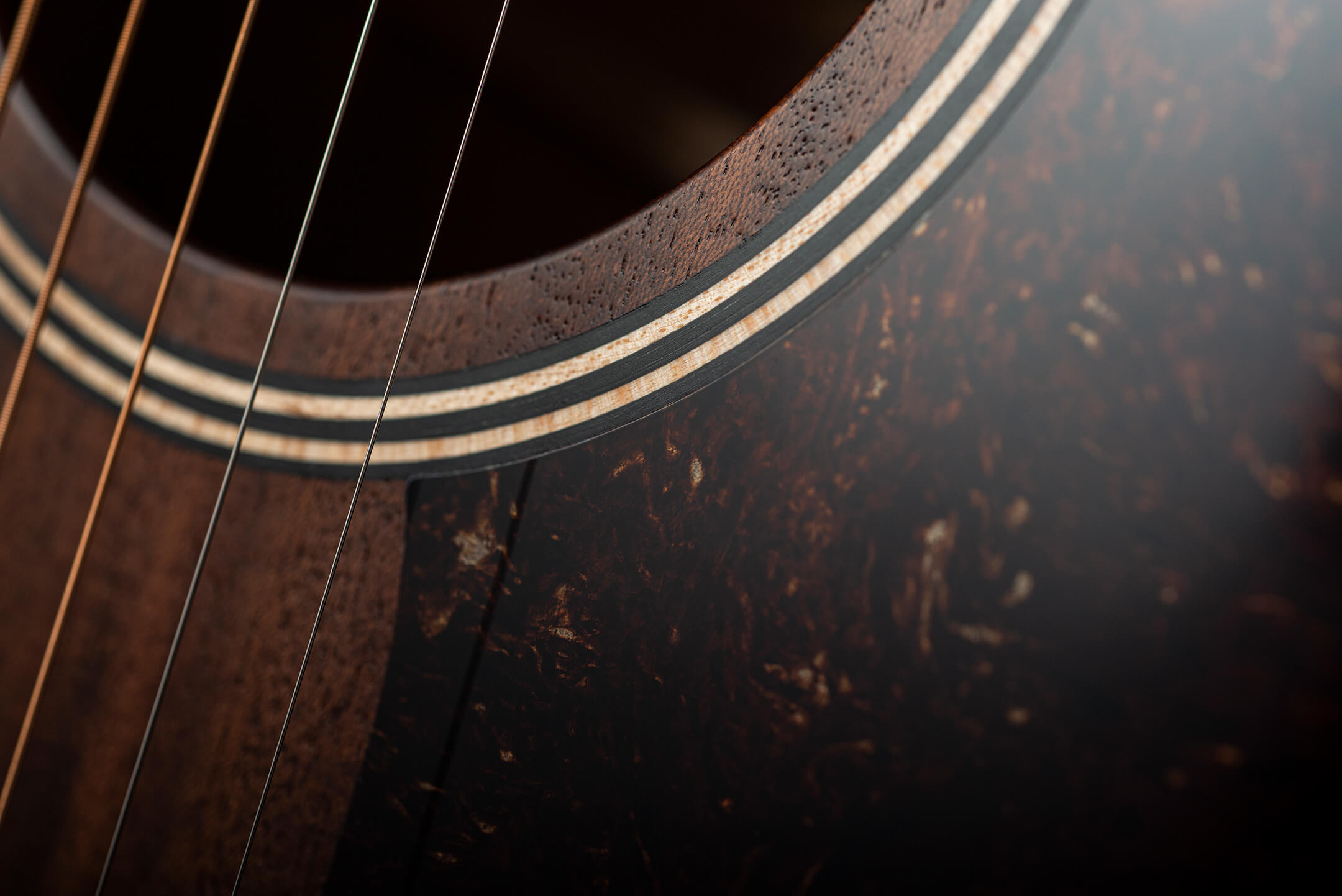 It’s not a significant issue in a band arrangement, of course, but solo players may find it distracting during quieter moments. That aside, the playing experience is typical Taylor: smooth, fast and intuitive with a beautifully judged neck carve, slinky action and excellent fretwork.

“there’s an abundance of sonic and aesthetic character on offer and, perhaps most importantly, both American Dream models are enormous fun to play”

Rather like the acoustic equivalent of a Les Paul Junior, Taylor’s American Dream guitars may not immediately appeal to dyed-in-the-wool Presentation Series enthusiasts. And though our review instruments represent a lot of guitar for the money, any US-made Taylor is still a serious investment. However, there’s an abundance of sonic and aesthetic character on offer and, perhaps most importantly, both American Dream models are enormous fun to play. 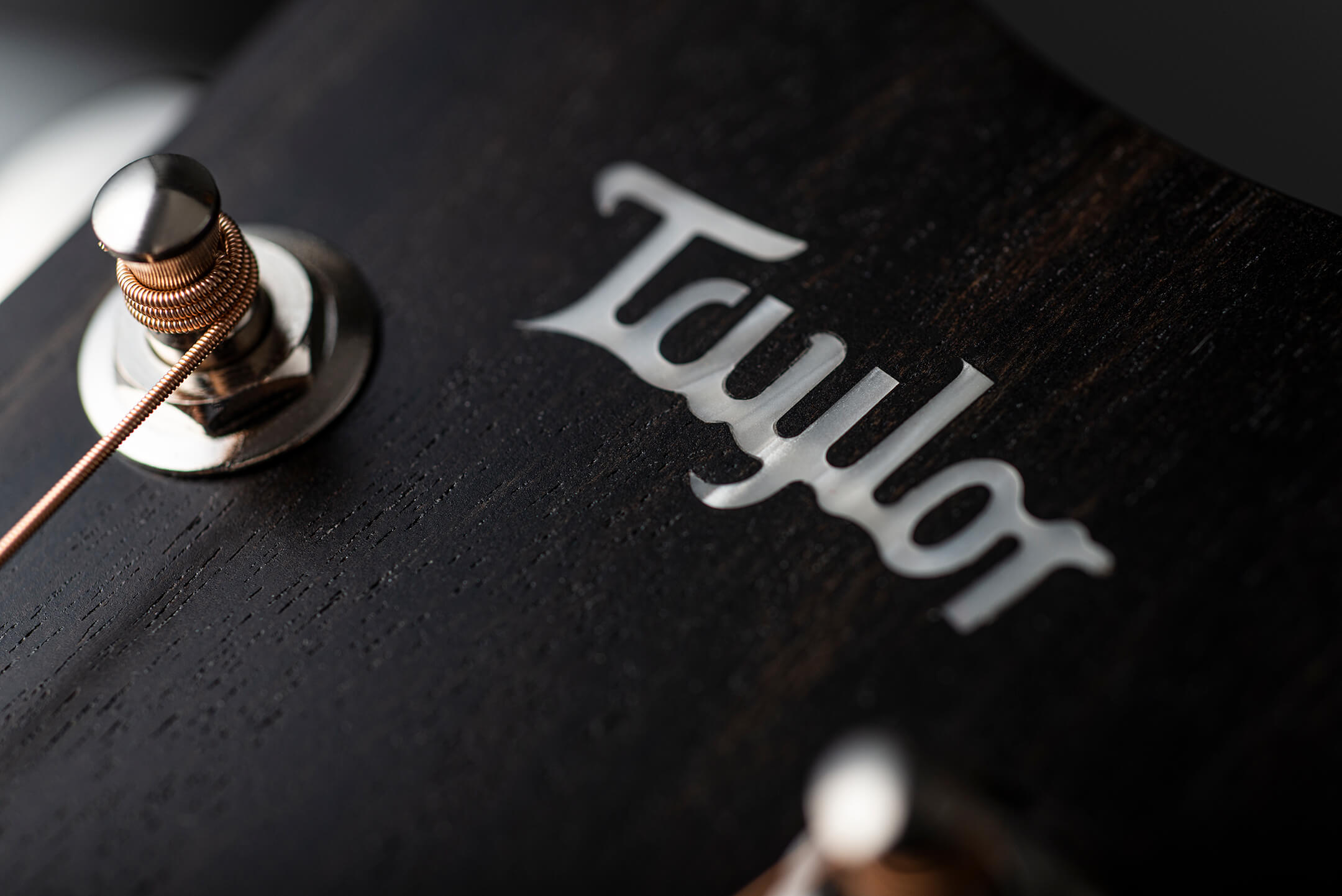