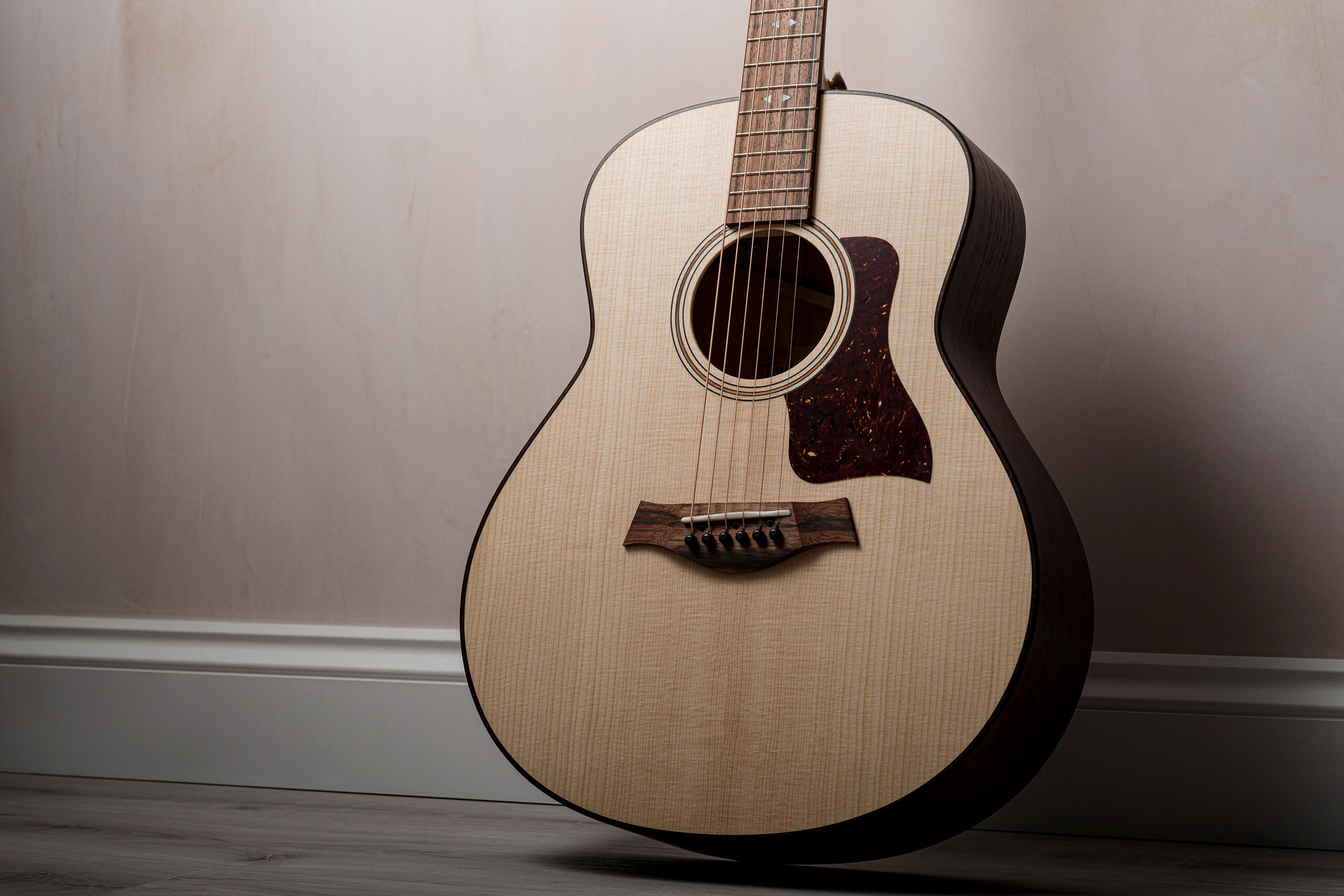 If travel guitars sound too small but you find full-size acoustics unwieldy, Taylor’s new Grand Theater might be the highly evolved solution you’ve been waiting for.

An innovative and hugely enjoyable instrument with a serious price tag.

Despite the many challenges facing the world, 2020 has seen a flurry of new designs from Taylor Guitars. Some, such as the soundport-equipped Builder’s Edition 816ce, blur the lines between production-line models and luthier-built custom instruments. Others, such as the recent American Dream guitars, have adopted a more utilitarian aesthetic that chimes with the adversity of the times. But Taylor’s final reveal of the year is something quite different.

In previous years, Taylor has unveiled new models at media launch events in San Diego and Nashville. Because that isn’t an option right now, the brand opted for a live video stream instead. Squinting at a laptop screen on a rainy autumn day in South Wales isn’t quite as glamorous as the aforementioned stateside jaunts, but there was a fun and interactive twist – prior to the event, the journalists and influencers in attendance received padlocked brown AeroCases, with the combination for the locks kept secret until the live stream took place. 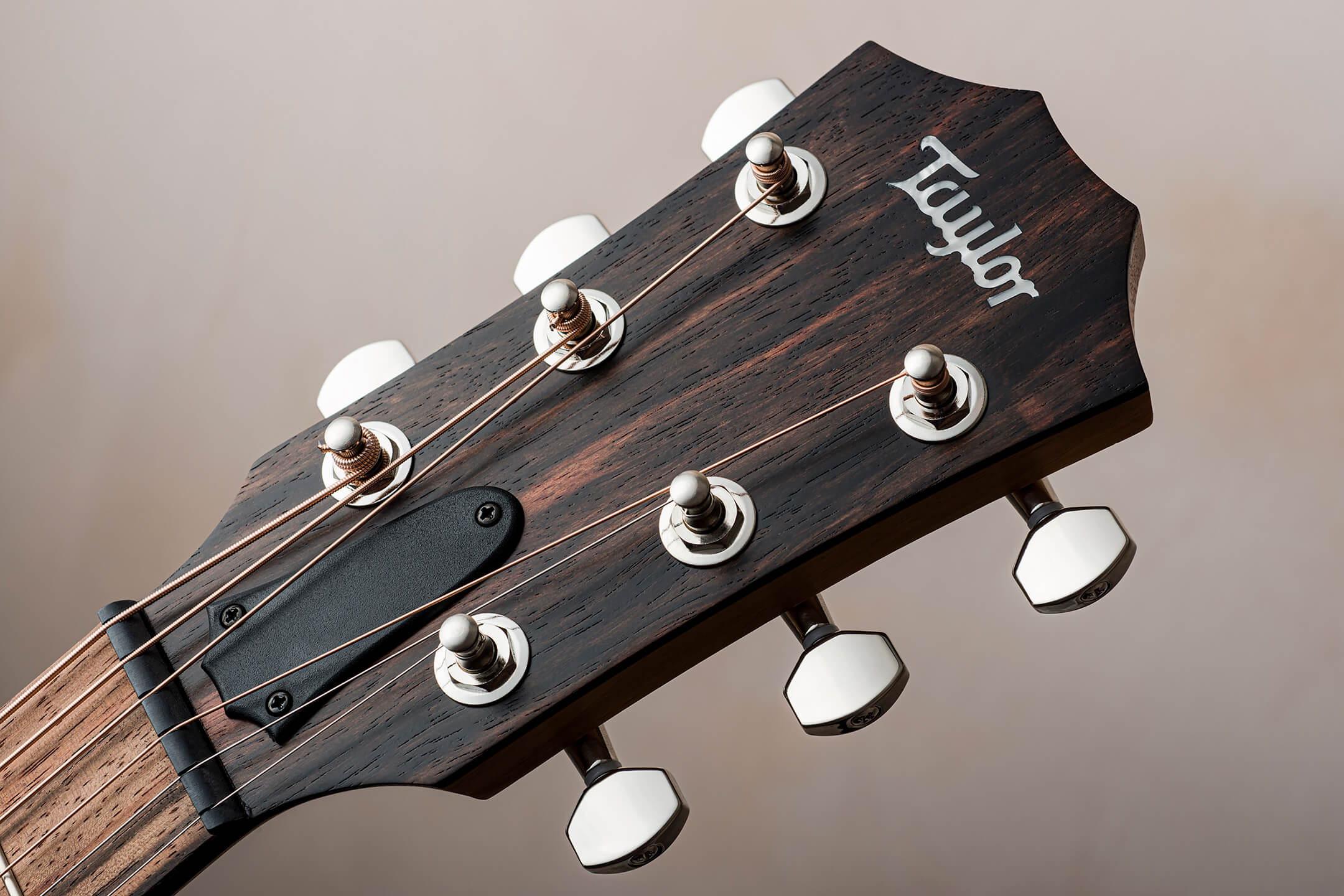 Taylor’s AeroCase is worthy of praise in itself for being lightweight and easily portable without sacrificing durability or protection. Once it was unlocked and unzipped, inside, we found the new Taylor GT, or more specifically the GTe, as our model comes equipped with onboard electronics.

Short for Grand Theater, the GT is a compact flat-top created from the ground up by Taylor’s master guitar designer Andy Powers. Sitting somewhere between a Grand Concert and GS mini, the body shape borrows the curves of the Grand Orchestra jumbo but scales them down, with a width of 15 inches at the lower bout. It’s almost the same width as a Grand Concert, but the GT’s body length is shorter.

The GT is claimed to offer the most comfortable playing experience of all Taylor’s USA-made, solid-wood guitars. The key to this is a scale length of 24.125 inches and slightly condensed fret spacing. Powers says this equates to playing with a capo on the first fret of a 25.5-inch scale guitar and makes the supplied set of .012-.053 Elixir Phosphor Bronze strings feel more like a set of 11s.

There’s plenty of focus on player-friendliness, then, but how do you engineer it so that a smaller-bodied instrument punches above its weight in sonic terms? Visible through the GT’s soundhole is a new cantilevered, asymmetrical bracing design that Taylor is calling C-Class. Conceived as a way to bolster the low-frequency response, it’s also said to equip the GT with the sustain, projection and intonation benefits of the V-Class architecture that continues to provide such a wellspring of inspiration in El Cajon. 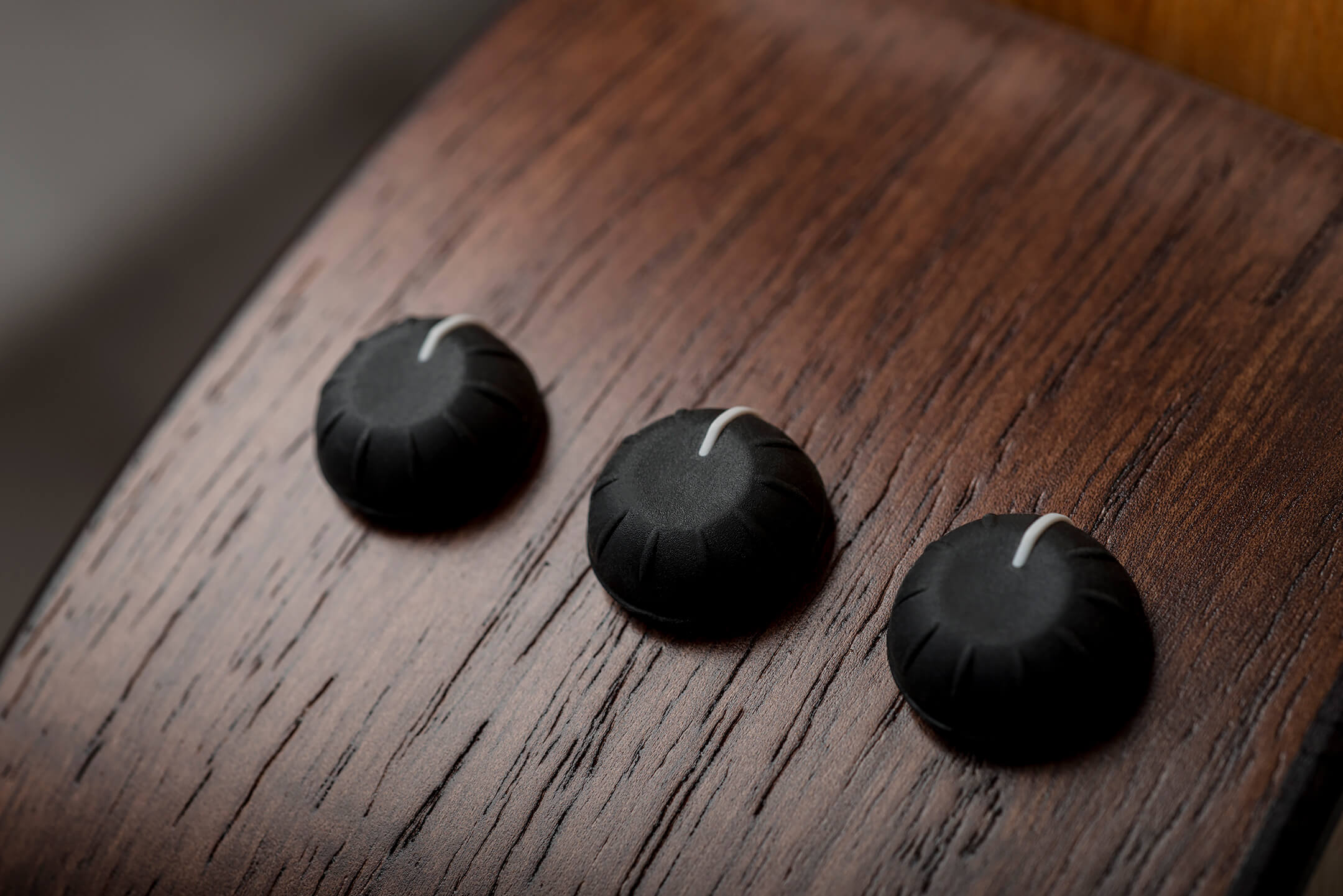 The GT’s Stika spruce top is combined with sustainably sourced Southern Californian Urban (Shamel) Ash on the back and sides, while the fretboard, bridge and peghead overlay are made from fumed eucalyptus. This material was also a feature of the recent American Dream series and, though its streaked appearance resembles the West African ebony that Bob Taylor is working hard to conserve, it has a somewhat faster feel, more like a rosewood-board electric. And although it looks like the GT sports a classic Taylor bridge, like so many elements of this instrument, the bridge is unique and has been rescaled appropriately for this model.

The natural-finished tropical mahogany neck provides a dramatic visual contrast to the rich Urban Sienna stain on the back and sides but this is a guitar unashamed to show its workings, with no attempts made to hide the joins at the heel and headstock. Similarly, the GT’s water-based matte finish is thin enough to preserve the texture of the grain and the aesthetic adornments are simple: a thin strip of koa in the three-ring rosette, a single line of black purfling around the top and Italian acrylic ‘Pinnacle’ inlays in the eucalyptus fingerboard. 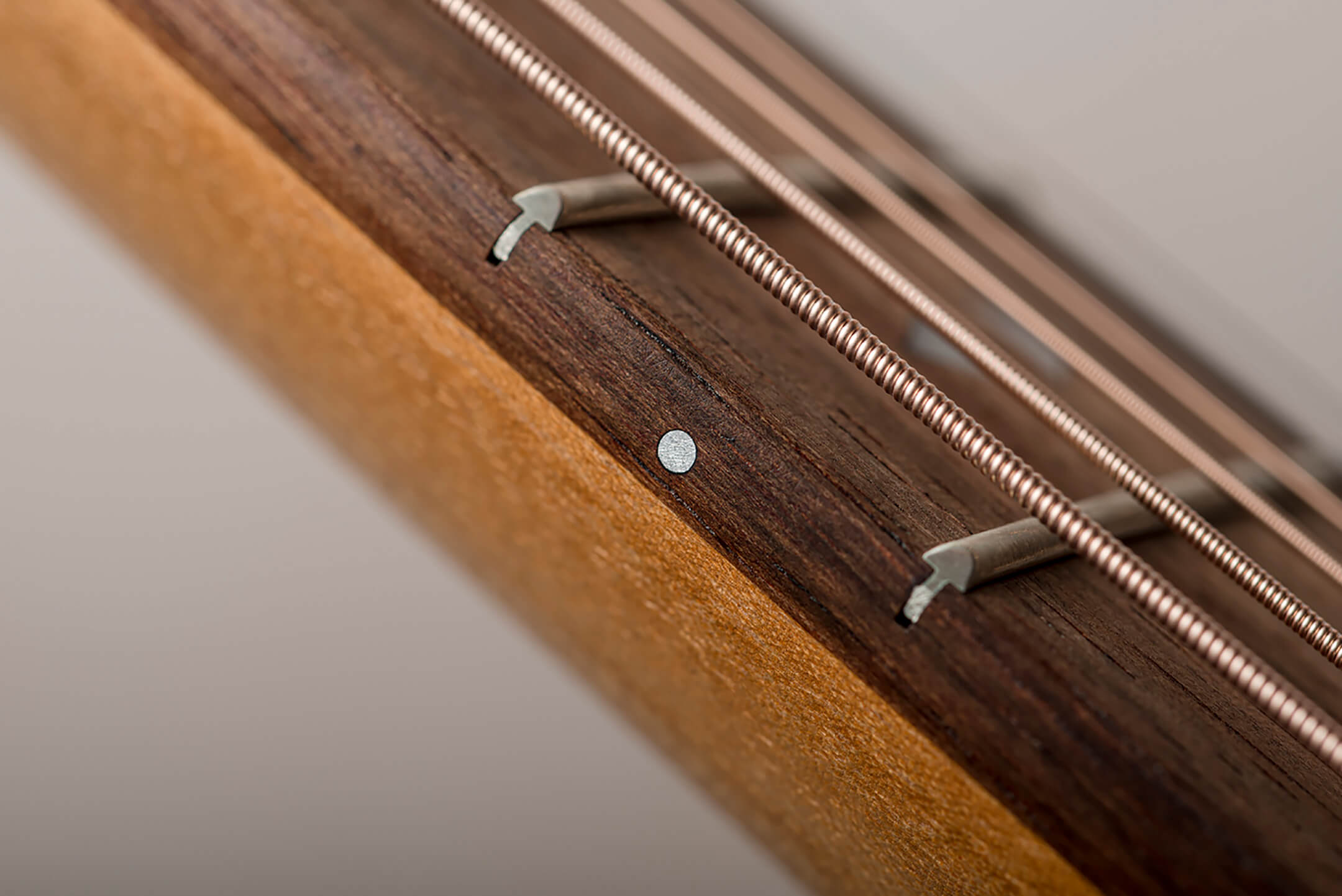 The neck features a classy new profile developed specifically for the GT, with soft shoulders and a hint of a V in a carve that never gets in the way but provides support when you need it. Only the slightly sharp edges on this early review model’s nut detract from a build that’s as precise as you’d expect from a USA Taylor.

Andy Powers has used the term ‘Goldilocks’ in connection with this guitar on several occasions – the implication being that it’s just right – and it’s hard to argue with the GT’s approachable feel. However, just because it feels like sliding into a comfortable old pair of trainers doesn’t mean the GT encourages complacency; the opposite is true as the relaxed playability encourages those of us who aren’t acoustic virtuosi to be a little more ambitious. The wound G, for example, is considerably easier to bend than it is on an acoustic with a more conventional scale length, so you can approach solos much as you might on an electric guitar strung with a plain G.

Sonically, C-Class bracing has plenty in common with V-Class. Chords have a long and even decay and there’s impressive vibrancy. Single notes in higher registers hang in the air for longer than expected, harmonic content is plentiful, and even when using deep open tunings, the intonation is superb – again encouraging us to push the boundaries of our acoustic repertoire. And although there’s no cutaway, the geometry is such that it’s possible to reach a goodly proportion of those upper frets without too much trouble or discomfort. 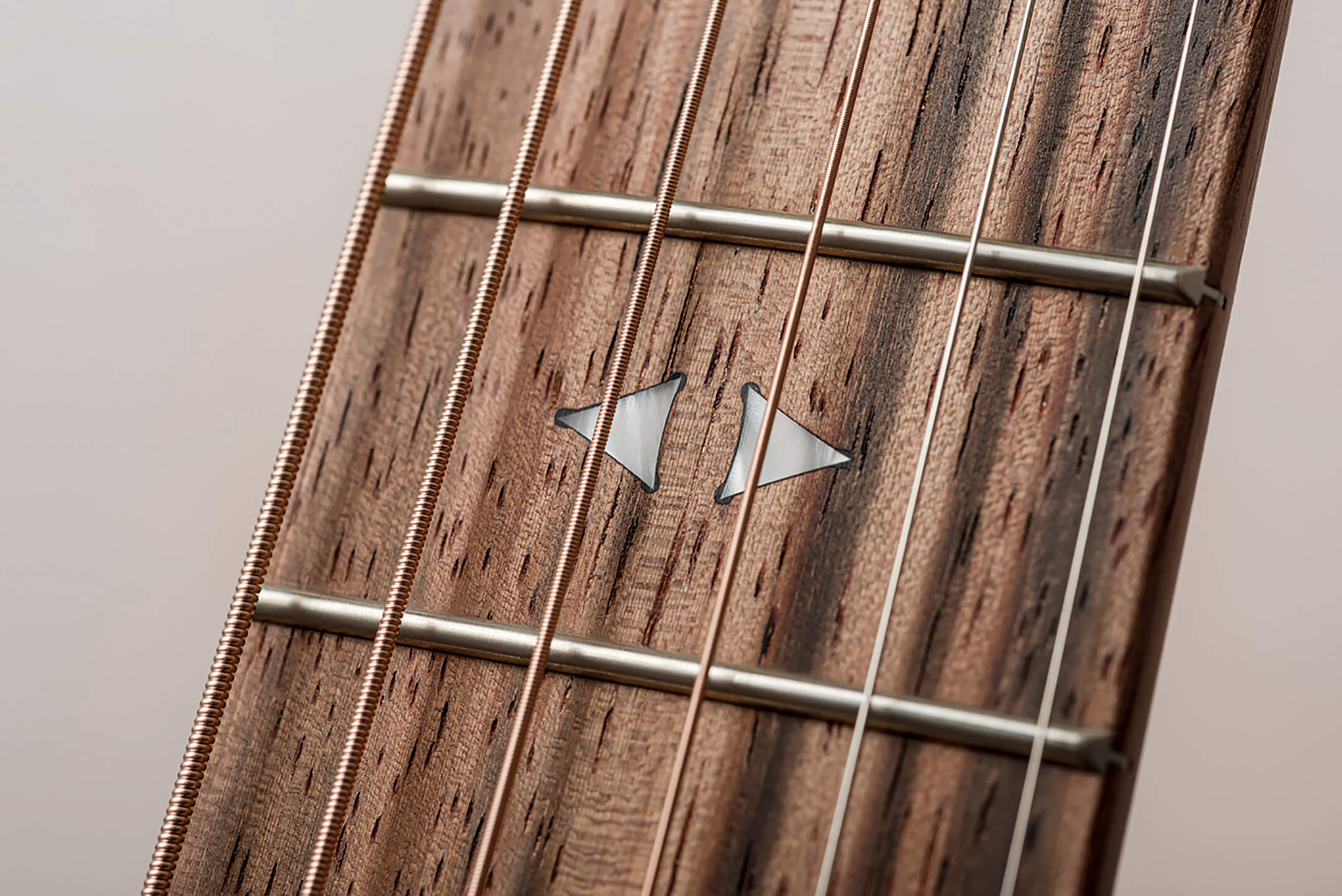 If recent Andy Powers creations such as the Grand Pacific challenged our perception of what a Taylor acoustic guitar sounds like, the Grand Theater is much more on-brand, especially in terms of its present, percussive character when strumming first-position chords with a pick. If that’s all you need an acoustic guitar for, it’s nothing to be ashamed of, and whether you are capturing it with a microphone, going direct to desk via the excellent onboard ES2 electronics, or using a blend of both signals, the GTe has the muscle to drive a track along in a full-band arrangement. Unaccompanied, the projection is impressive for a modern instrument of its size, without there being any danger of overpowering a singer.

“From a guitar-design standpoint, the Taylor GT is a resounding success”

Dig in hard and there’s a slightly metallic zing to the trebles, but move over to fingerstyle and hidden depths reveal themselves, both literally and figuratively, as a softer approach unlocks a sweeter woodiness and the guitar takes on a rootsier accent. We’d be interested to hear what one of these instruments sounds like when it has some miles on the clock – like any new acoustic guitar, this is just the start of its journey and its voice will mature over many hours of playing time. It’s also interesting to speculate about how different wood combinations might sound in the context of this form factor and bracing pattern, and we suspect that the GT Urban Ash will be followed eventually by a GT Mahogany, a GT Koa and so on. 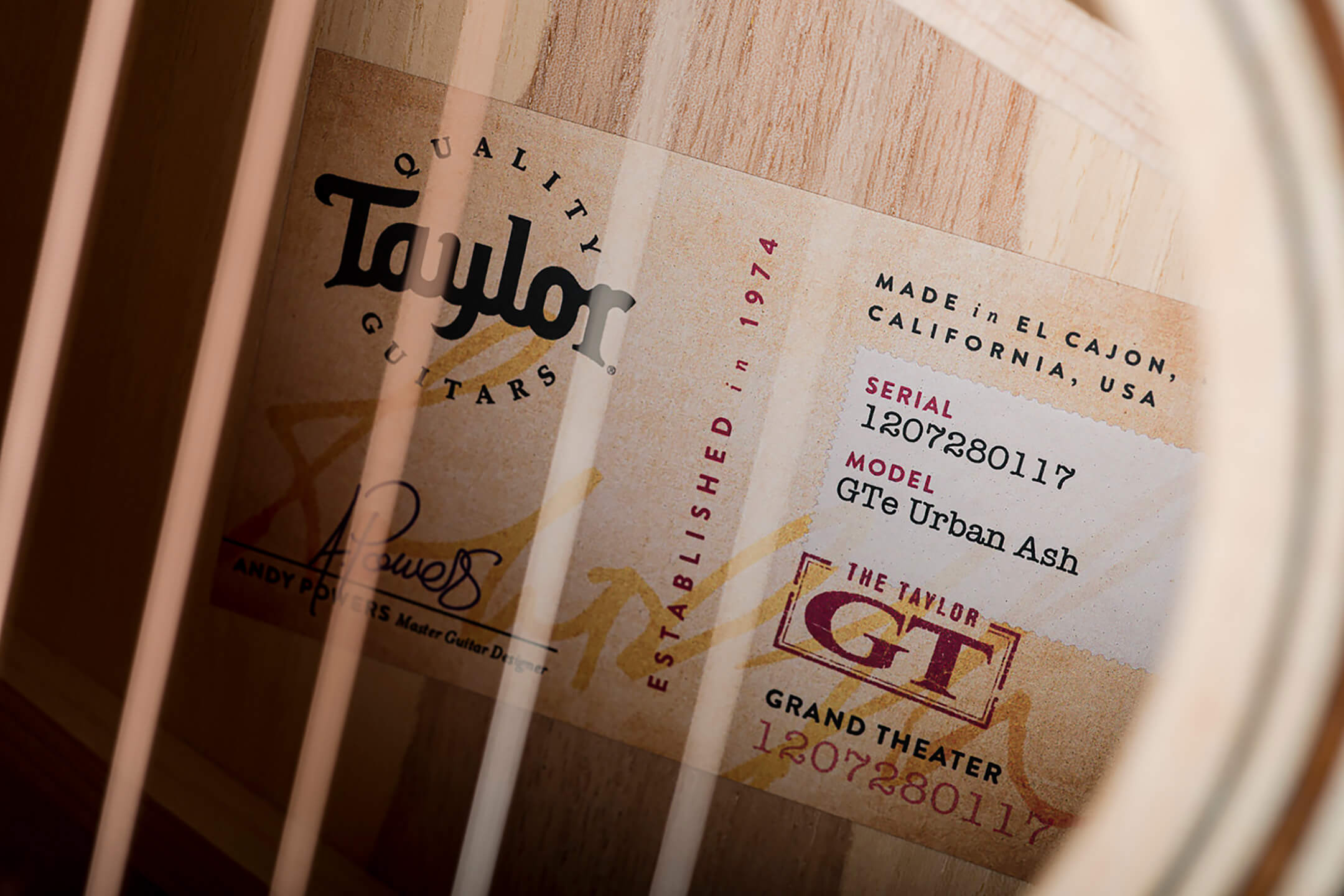 Perhaps the biggest challenge facing the GT is simply how much it costs. Laminated materials and Mexican manufacturing ensured that, in terms of affordability, Taylor’s small-bodied Baby and GS Mini sat squarely in the Goldilocks zone for the hundreds of thousands of players who have bought them to date. Although it’s travel-friendly, the GT is a professional-grade guitar, and an all-solid-wood USA-built instrument naturally commands a significantly higher investment. And while it might be ideal for all manner of social music-making activities, with prices starting at £1,619, it’s hard to imagine many GTs being tossed into the back of trucks en route to beach barbecues or campfire singalongs.

From a guitar-design standpoint, the Taylor GT is a resounding success. The more time you spend with it, the more its charms reveal themselves, and for singer-songwriters, the GT’s compact dimensions and intimate feel mean it’s as ideally suited to the living room as it is to the stage or studio. It’s a guitar that’s very hard to put down and, for those who take the plunge, the GT is likely to become a constant companion. 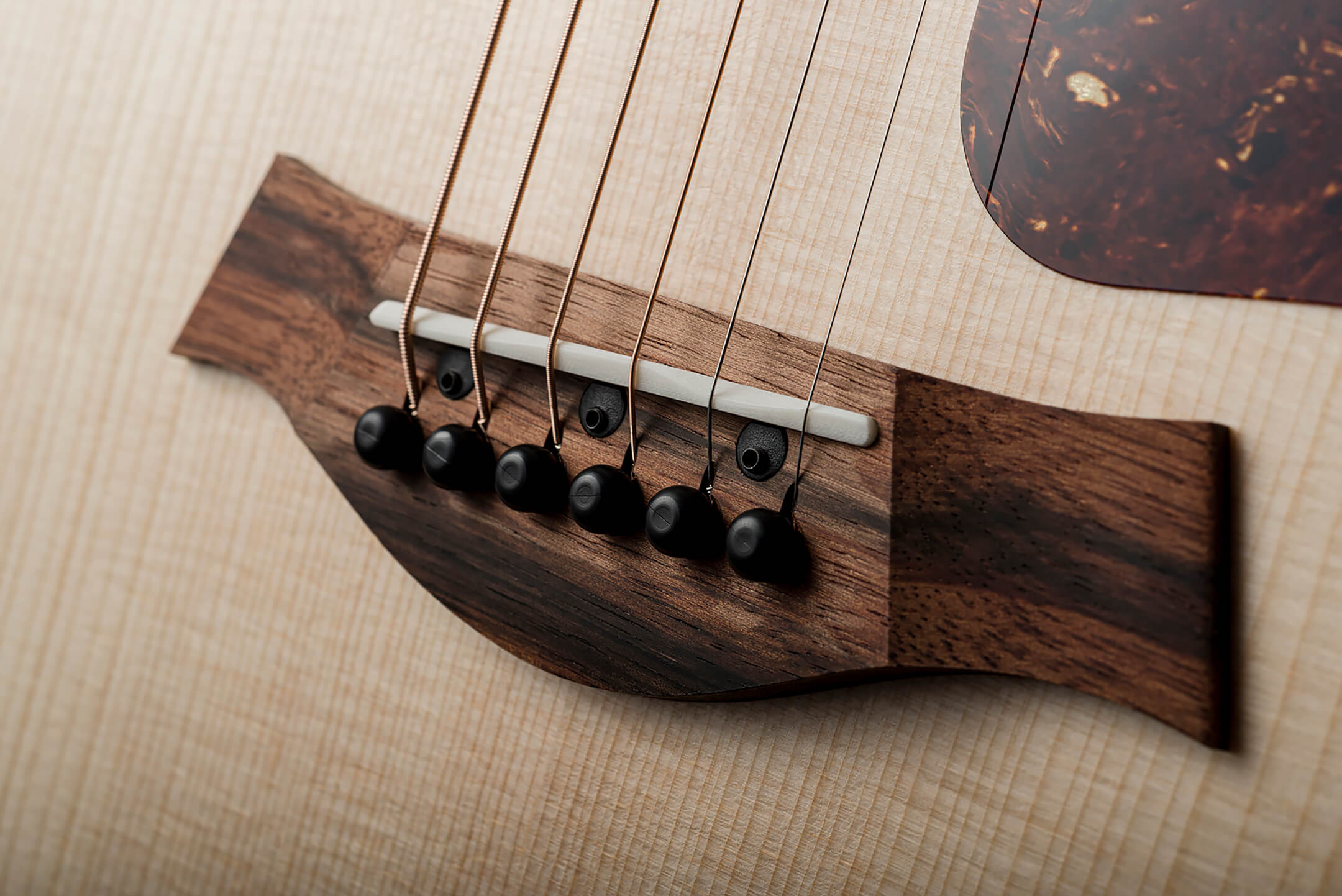