Alt-J – The Dream review: the Leeds lads’ dreamy fourth is their best since their debut

Alt-J’s music has always existed in a delicate equilibrium between mesmerising, crystalline beauty and bewildering flurries of ideas and stylistic left turns. The Leeds band seemed to have found the perfect balance right away, winning the Mercury Prize with their 2012 debut An Awesome Wave.

Since then, an admirably free-spirited creative approach has at times diluted what made that first record such a sumptuous and intoxicating whole. The five-year gap between third album Relaxer and the arrival of The Dream suggests a pause for reflection, and it appears to have been time well spent, as their latest locates the perfect spot on the Alt-J spectrum once again.

Lead singer and Tele addict Joe Newman told Guitar.com at the end of last year how he’d embarked on a voyage of self-discovery as a guitarist, and The Dream sees him reach a peak as a player. The album opens with his gently hypnotic phrase on Bane. After a typically odd sample of the band’s sound tech cracking into a can of Coke, a familiar processed beat, circling piano notes and Newman’s singular vocal style coalesce in chimerical fashion.

Of course, all the usual layers of ambiguity and ‘did he just sing what I thought he did?’ complexity are present on these 12 tracks, recorded with long-time producer Charlie Andrew. And as with any Alt-J album, peer beneath the finery of the arrangements and you’ll find deep reservoirs of lyrical darkness.

Taking inspiration from the true-crime podcasts he devoured throughout lockdown, Newman pitches us into the psyche of a serial killer on Losing My Mind. Great snarling, reverb-bathed chords underpin choral backing vocals and the ominous refrain, “You and I, cut from the same cloth”.

The first song to emerge for the album, during a tour soundcheck, was the single U&ME, an insouciant glissando phrase from Newman threading through a nostalgic trip into sun-bleached youthful memories. The guitarist returns with a fizzing solo recorded through Andrew’s old Vox AC30 that once belonged to Dave Gilmour. 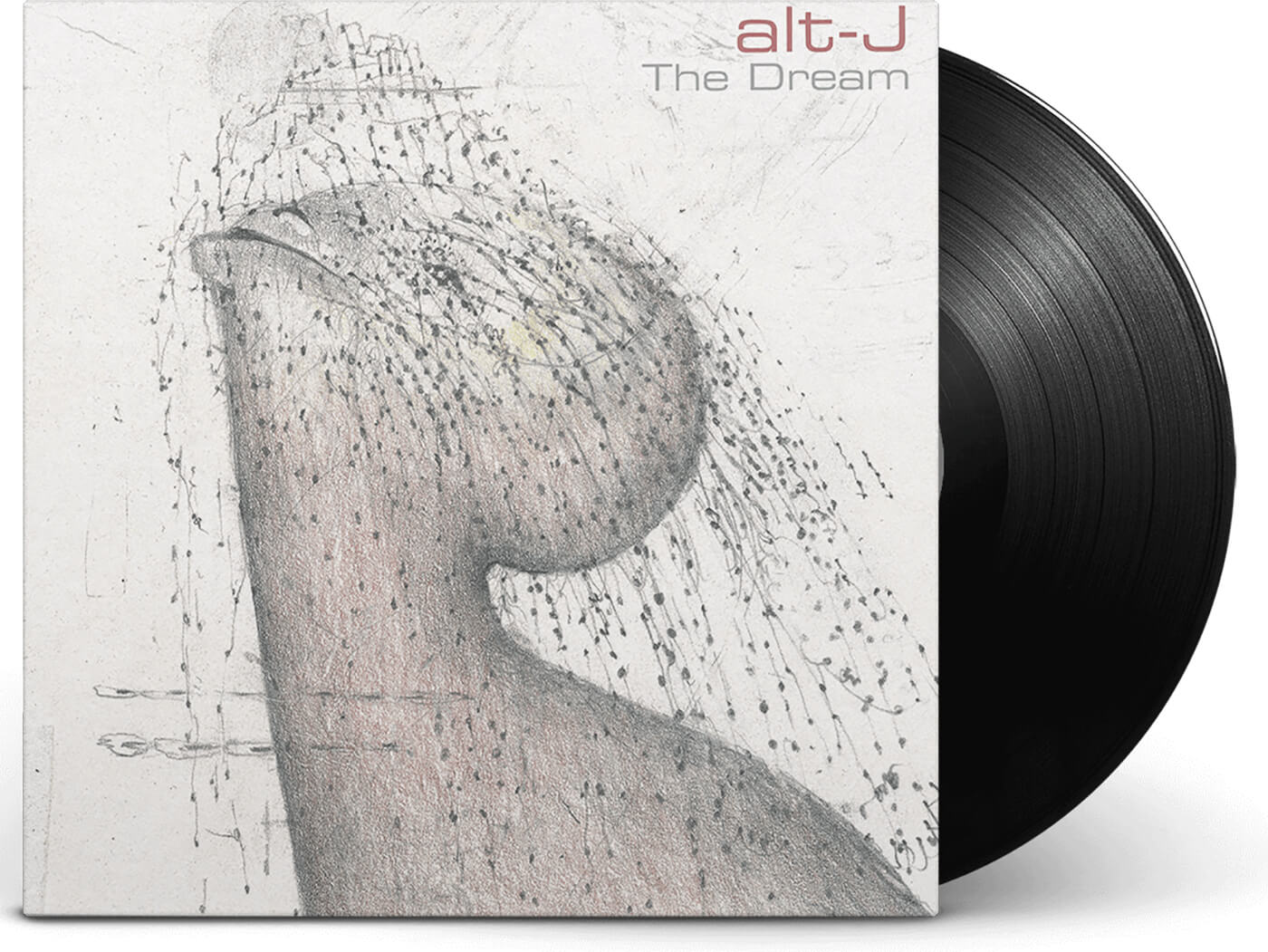 The nostalgic sentiment carries over into the album’s biggest single Hard Drive Gold, a close relative of Left Hand Free from 2014’s This Is All Yours. Newman recalls in his airy falsetto, “I’m 15 in my garden / my neighbour Sue is watching me from her window” before playing around with the hot topic of cryptocurrencies, exclaiming theatrically in the chorus, “Don’t be afraid to make money, boy”. It’s a song that only Alt-J could make.

It’s eclipsed, however, by Happier When You’re Gone, a break-up narrative described as an inversion of Hendrix’s Hey Joe, as Joe’s partner vengefully hunts down, burns and buries her tormentor. The chilling titular phrase mingles with a comely riff, mournful strings and toy-box electronics that recall An Awesome Wave’s charming Léon tribute Matilda.

The complex lattice-work of instruments is briefly stripped away for Get Better, which finds Newman alone with his acoustic, in the crippling throes of watching a loved one slowly passing away during the pandemic. “When Joe first played it to me I didn’t just get a bit tearful, I broke down,” recalls keyboard and bassist Gus Unger-Hamilton, who adds sparing harmonies. “A big, big cry. A cry of the year.”

The quietude stretches into the opening of Chicago, a sparkling fingerpicked arpeggio twining around the band’s signature tremolo sound. But it’s a red herring. From there, the song builds into a muscular techno throb offset with pizzicato strings and a gripping piano cycle.

Philadelphia, meanwhile, is lavished with operatic grandeur, with sweeping strings and a balletic harpsichord motif that underlines the compositional ambition of a band who always had more in their locker than the indie contemporaries they were bracketed with. Next, Walk A Mile opens with barbershop vocals before gliding into a ghostly blues shuffle, Newman’s Tele glinting away at the denouement as he threatens to break into a rare solo.

Their fourth album sees Alt-J cover a startling number of musical miles. Somehow it’s remarkably cohesive, more so than anything the trio have made that since that dazzling debut. They leave us with an unadorned, serene ode to young love, Powders, on which Newman noodles over the soft pulse of beaters on drum skins, and vocal samples from the band’s friends and family enter the picture before the dreamscape fades to black.

“We felt like at this point in our career, after so long off, we needed to come back strong,” said drummer Thom Sonny Green on the eve of the album’s release. Emphatically, they have. The Dream is Alt-J’s best record in a decade.

Alt-J’s The Dream is out now.