Amyl & The Sniffers – Comfort To Me review: bigger, smarter and with more depth

The Australian punks smashed their way into our hearts and minds with their raucous debut album two years ago. And they’ve been busy over lockdown.

Melbourne quartet Amyl & The Sniffers’ riotous 2019 debut was a 29-minute assault of visceral pub-punk riffing cloaked in double denim and non-ironic mullets. Zero bullshit, zero pretence, zero fat, it was one of the most exciting records released in the last five years. So, where to go next?

A collective garlanded by NME as “the most exciting live band on the planet” did what new bands do and toured the shit out of that self-titled album, until Covid stopped them in their tracks. Cooped up together inside a three-bedroom house with “sick green” walls, they improved as musicians, they wrote better songs, and they return two years later with what their punk icon singer Amy Taylor describes as a “less spontaneous and more darkly considered” follow-up.

The musical improvement is sizable. The band’s rhythm section of Gus Romer and Bryce Wilson bludgeon away relentlessly like modern-day Asheton brothers, while guitarist Dec Martens appears to have spent his time off from touring feeding up on a diet of just about every great rock, metal and punk riff of the past 50 years. His playing is sizzling throughout Comfort To Me, demonstrating a love of classic 70s and 80s metal, punk, AC/DC and the godfather of Aussie rock Lobby Loyde.

What’s also apparent is the development Taylor’s lyric writing has undergone, aided by her appreciation of contemporary rap. While this is not a reinvention of the wheel, there’s a far deeper sense of self-reflection, vulnerability and occasional political commentary as Taylor draws on her experiences as a woman in the public eye.

As on their debut, The Sniffers don’t hang about. Lead single Guided By Angels arrives on thunderous drums and a riff bristling with menace, and before 14 minutes have passed the album’s first three singles, plus two other tracks, have whistled by. It’s breathless and brilliant. Freaks To The Front is born out of a wail of feedback and quickly forms into a blistering speed thrash, Taylor asserting her right to a personal life as she raises a middle finger and roars “Get on my level or get out my way, Don’t bloody touch me, give me some space”. She tosses in a couple of C bombs for good measure, before Martens careers through an incendiary eight-second guitar break that says just about everything you need to say in a solo.

Choices hits an even more frantic tempo, founded on a formidable downtuned metal riff, the air thick with malevolence as Taylor eviscerates men who don’t respect her: “My voice my own, my body my own”. The most memorable chorus is delivered in Security, another adrenal charge that rides on the back of a thundering Stooges-esque riff and stretches to a practically prog 3 minutes, 48 seconds. Taylor, sick of being judged on her appearance, howls at a pub doorman, “I’m not looking for trouble, I’m looking for love”. The barbarous racket culminates in a wild pentatonic solo, a blitz of double stops and a towering stadium-rock finish that’s both excessively daft and utterly enlivening. 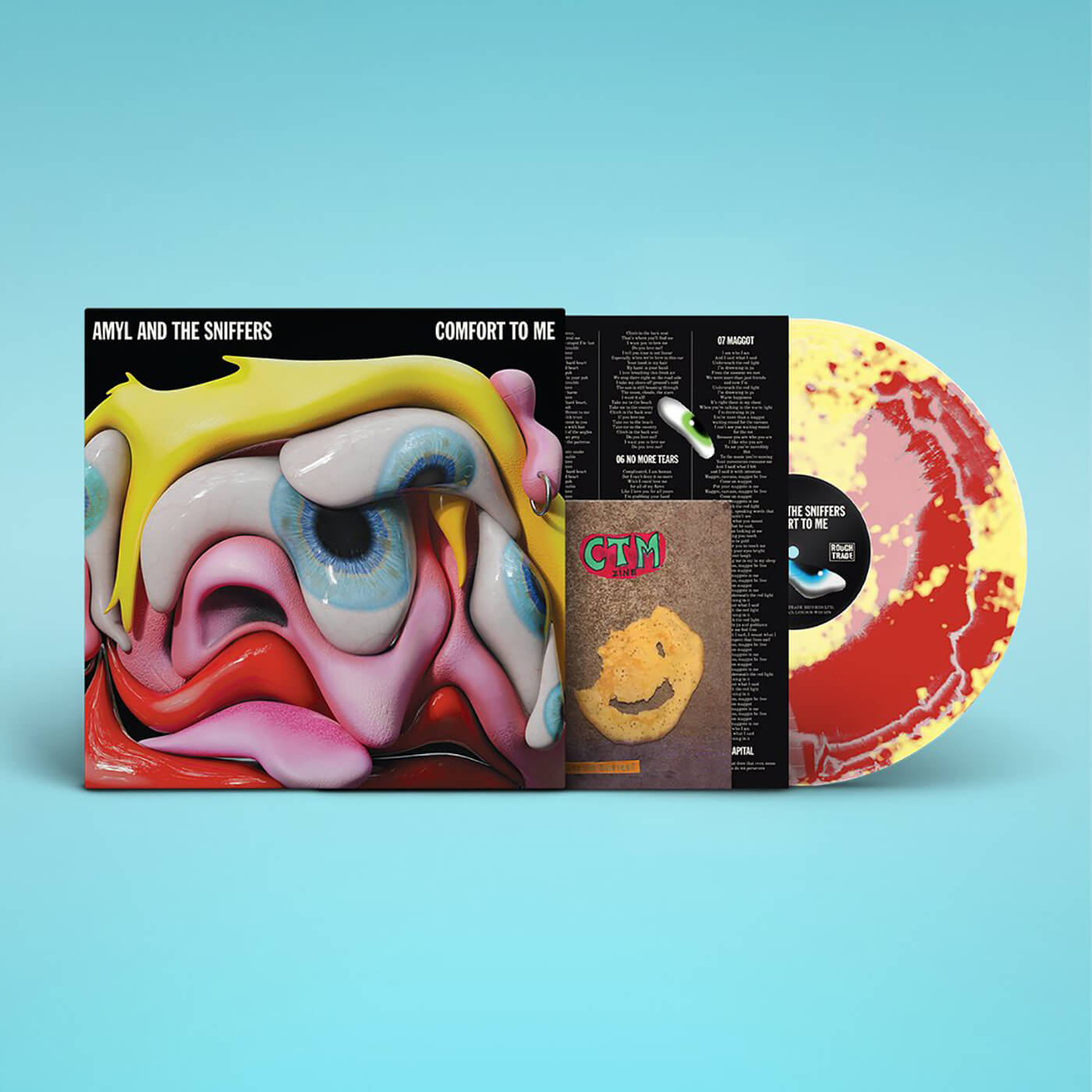 Lockdown seems to have been a time of personal growth for Taylor. On the single Hertz, she yearns for escapism, stating “I want to go see the country, I want to get out of here” and joined by saturated overdriven chords and dancing hi-hats on No More Tears, she’s searching for self-worth: “Wish I could love me for all of my flaws, like I love you for all of yours”.

There are signs of wider existential concerns creeping into the singer’s increasingly mature writing, too. She targets the handling of Australia’s deadly bushfires on the brutally hardcore Capital, with Martens’ riff channelling Iron Maiden’s Phantom Of The Opera. Taylor observes: “Australia’s burning, but I am not learning to be more conscious, Farmers pray for rain while the landscape torches.”

She saves some rage, too, for the toxic masculinity rock ’n’ roll has enabled for so long, with the disgraceful lack of safety for women in public places tackled on the down-tempo Knifey. Punctuated by slicing arpeggios and a melodic Stranglers-saluting bassline, Taylor is at her most unguarded as she pleads: “All I ever wanted was to walk by the river, see the stars, Please stop fucking me up, Out comes the knife, out comes my knifey, This is how we get home nightly.”

Comfort For Me culminates with Snakes, Taylor sounding a little like a still-relevant Johnny Rotten as she bellows: “I submit to change, I am just like the snake, Shed my skin, I want to change, But I know just how I was raised.”

With their second album, Amyl & The Sniffers have fulfilled those wishes, expanding the horizons of their world without sacrificing an ounce of the incandescent rage that made their debut such a thrill. Martens plays a blinder, unloading a suitcase full of classic rock, metal and punk riffs, while in Amy Taylor they have a fearless, literate punk talisman who has unlocked a whole new level in her writing.