Black Midi – Hellfire review: difficult but worth it

Not many bands can mix musical theatre and noise rock, let alone make them actually work together.

Hellfire has some big shoes to fill: Black Midi’s first, Schlagenheim, was a blistering showcase of their promise, and their second, Cavalcade, cooled and crystallised that promise into something more artistically coherent. So with their third, have Black Midi managed to successfully follow two great albums?

In a word: yes. Cavalcade showed that Geordie Greep (guitar and vocals), Cameron Picton (bass) and Morgan Simpson (drums), with the help of quite a few collaborators, could lift their foot off the accelerator a little, the extra breathing room allowing for even more weirdness to creep in. Hellfire, on the other hand, offers intensity and oddness in equal measure. But the intensity is less sourced from acerbic distorted guitars, and more from just how many musical ideas are being fired at your head at mach 2.

And Black Midi delight in the tension between all of these ideas. A beautiful string arrangement sweeps underneath noisy, stabbing guitar. A wrestling announcer’s impassioned belt introduces a mellow, low-key jazz jam. Said jam lasts all of 10 seconds before absolutely insane guitar arpeggios kick in at an impossible tempo. Existential laments about failing organs, hell and oblivion are sung like the closing number of a Disney film. It’s occasionally funny, often unsettling and always jarring.

For some, it was this confrontation that was missing from Cavalcade, which took more time to paint some unique character portraits than it did to simply attack your ears. But the band have successfully brought back the same level of bizarre dissonance, melding it skillfully with a truly unique proggy-post-punk-noise-rock-jazz vision. The change is a subtle one: it’s not like they ever “sold out,” as Cavalcade still wasn’t easy-listening. Being easier to parse than Schlagenheim is a bit like being easier to eat than a bag of cement. 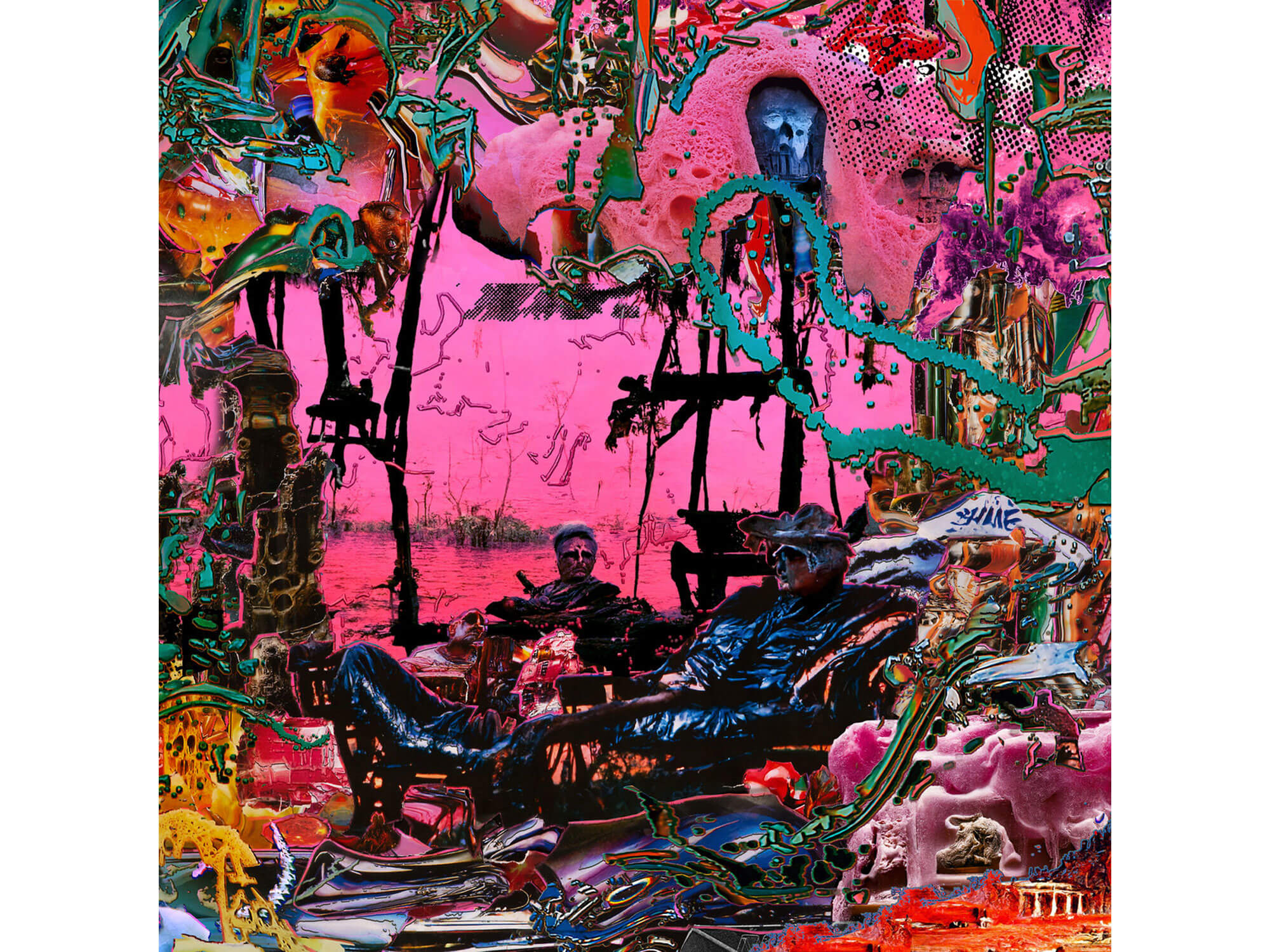 That said, the presence of brass, woodwind and strings do make Hellfire feel like a direct sequel to Cavalcade. But more in the sense that the band have found their groove, and are now exploring what they can do within that groove. We’re not listening to Black Midi retread old ground. The reintroduction of some of the more chaotic elements into the fray succeeds enormously, making Hellfire live up the expectations set by its title, and the two albums that preceded it.

It’s perhaps moot to mention that the performances on Hellfire are impeccable. Often when rock dares to introduce prog or jazz elements, the question of “virtuosity vs emotion” is raised, but neither musically nor thematically is there any risk of Hellfire coming across as cold. Greep’s voice wanders between a vintage croon and a crazed monologue, and the guitar playing is beautiful and understated as often as it is spiky and chaotic. And despite the inherent silliness in some of the ways they’re presented, the lyrics are poetic and their own coherent – if somewhat esoteric – philosophy. It’s also worth noting Morgan Simpson’s drumming in this regard: while he can play extremely busily, the sense of groove is never lost, even in the midst of the full amount of chaos the band can conjure.

So rather than any risk of coldness, you might find that Greep’s idiosyncratic delivery, the constant tonal shifts and the sonic chaos all grow irritating. And if that’s the case, then Black Midi might not be the band for you – and it would be naive to suggest that a band like this are for everyone. But, on the other hand, if you want to hear what some incredible young players are achieving early in their career, there’s no better example of what firebrand musicianship coupled with a clear vision for an album can achieve.

Black Midi’s Hellfire is out now.