Bobby Gillespie & Jehnny Beth – Utopian Ashes review: one of the most surprising and affecting records of the year

Savages frontwoman Jehnny Beth teams up with Primal Scream for a surprising album that rakes over the ashes of a doomed relationship with rare grace.

“I wanted to put pain back into music,” declares Bobby Gillespie, detailing a naked examination of faded love in a dissolving marriage. The Primal Scream singer and Jehnny Beth, leader of gothic post-punk quartet Savages, set out to capture the unfiltered, desolate heartbreak articulated by so many classic soul and country records, and Utopian Ashes is an unexpectedly tender and vivid expression of those aims.

There’s none of the visceral, crepuscular thunder of Savages, nor the nihilistic rock’n’roll and psychedelic electronica that has for so long driven Primal Scream across these nine songs. Instead, Utopian Ashes is a refined, lavishly orchestrated and remarkably touching exercise in vulnerability, two imagined characters fighting to preserve hope in a partnership that is fundamentally broken. Touchstones for the kind of record Gillespie and Beth wanted to craft included Gram Parsons, Tammy Wynette and Emmylou Harris, while there’s something suggestive of Scott Walker in the sweeping, cinematic arrangements.

“It is a sad record but I like sad music,” continues Gillespie, “these guys do it beautifully, and bar The Rolling Stones no other band can play with this kind of feel.” That band is Primal Scream’s Andrew Innes (guitar), Martin Duffy (piano) and Darrin Mooney (drums), with Beth’s musical partner Johnny Hostile on bass.

Gillespie and Beth, who stress this is not an autobiographical exercise, first met in 2015, performing Dream Baby Dream during the Suicide: A Punk Mass show at the Barbican. The following year, Primal Scream invited the French vocalist to join them for Nancy Sinatra and Lee Hazlewood’s Some Velvet Morning while supporting Massive Attack in Bristol. The through line from that soul-searching cover to Utopian Ashes is clear.

The duo started work on their first collaborative record in the summer of 2017, initially as an electronic project, before Gillespie picked up his acoustic guitar and began recasting the stories. The Glaswegian’s instinct appears to have been sound. There’s something graceful in the sorrowful drama that unfolds as the couple wash their dirty linen in public, with Innes’ decorative contributions a delight throughout. As Gillespie puts it, his “guitar playing is the best it has ever been.”

Innes’ crisp 12-string and chopping wah rhythms on opener Chase It Down are joined by a stately strings section, Gillespie throwing in a call back to Vanishing Point as he sings “everybody is a star”. His “we don’t have too long/ run your race, sing your song” articulates both the remorse and residual affection in the parting of ways. Beth takes the soulful chorus before Innes indulges in his first glorious solo, thick with wah and searching bends, leaving Gillespie to twist the knife as he repeats “I don’t even love you anymore”. 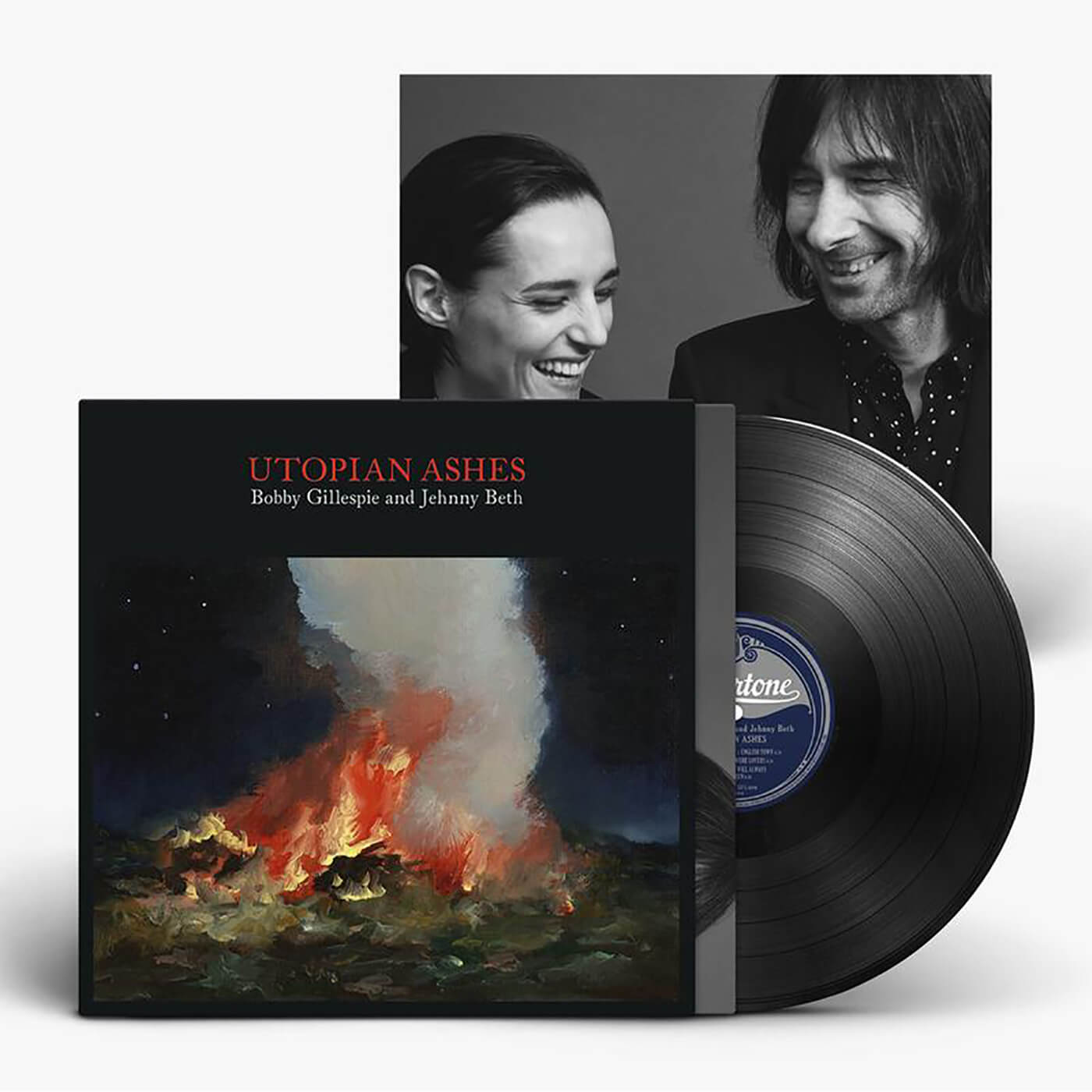 The poignant exchange between the two characters is fleetingly a little too on the nose, such as on Living A Lie when Beth whispers “You wonder why I don’t have sex with you anymore”, yet Remember We Were Lovers is exceptional. The pair sound defeated as a funereal organ drones and shuddering baritone notes resonate, Gillespie bemoaning “you never want to hold me or kiss me anymore”. Beth’s reply is eviscerating: “do you stand like this because life washed you out and left nothing?”. Innes responds with a pair of yearning slide solos, horns joining violins and the refrain suddenly sounding defiant and proud.

The guitarist’s slide playing on six-minute Your Heart Will Always Be Broken is glorious too, the band shifting gears into an extended outro that captures the kind of bittersweet country-rock euphoria the Stones have all but trademarked.

“Sometimes I think that love is a disease like addiction,” opens Gillespie on the piano-led You Don’t Know What Love Is. Downtuned acoustic chord strikes and sweeping orchestration circle around his disconsolate reflections, Innes again delivering a vocal slide solo that’s right on the money. After the fairytale swirl of a harp introduces the penultimate Living A Lie, Beth’s character aims a whispered barb at her errant partner: “You stay out late, never come home for days.” Gillespie’s retort cuts to the core of the whole sorrowful dissolution: “We can’t just keep pretending, that no one wants to end it”, then over the bright snap of Innes’ acoustic on Sunk In Reverie, he concludes with crushing finality “Hello, how are you? There’s no one there.”

It’s a story told countless times before, but the delicate, sad beauty these two iconic rock’n’roll vocalists imbue it with results in one of the most surprising and affecting records of the past year. Utopian Ashes may result in a divorce, but hopefully the musical partnership will endure.

Lzzy Hale on celebrating the women of heavy music “We defied the social norms of what this genre used to stand for and we’re...