​The Genius Of… We Are Paintermen by The Creation

Celebrating a cult UK singles band who rode the wave of the mid-60s musical revolution just long enough to forge a handful of mercurial tracks and showcase the originality and fire of their unique guitarist, Eddie Phillips – a pioneer of the violin-bow guitar and feedback.

Coulda been a contender

The Creation are one of the UK’s great ‘should’ve beens’. Though they never entered a studio with the intention of creating an album (We Are Paintermen was the nearest thing to it, and it’s a series of singles, B sides and originals cobbled together with covers), their best tunes were visceral lightning strikes of creativity that echoed through the ages: they inspired Alan McGee to name his record label (and his indie band), and contributed to the DNA of The Jam and Oasis, as well as being covered by artists as diverse as Sex Pistols, Television Personalities, Boney M and Ride and having a song used in the Wes Anderson movie Rushmore.

Eddie Phillips, among his many and varied talents, was likely the first guitar player to use a violin bow to excite the strings of his electric guitar. A trick that came to be most famously associated with Led Zep behemoth Jimmy Page and perhaps most memorably, Nigel Tufnel in his onstage guitar solo in This Is Spinal Tap, this gimmick wasn’t the only trick Phillips had up his sleeve.

In the chaotic onstage environments of the 60s, semi-acoustic guitars and amps cranked to the max made feedback a necessary evil for the new wave of electric-guitar players. Yet Phillips was one of the pioneering few who developed this technical obstacle into a strength, coaxing swathes of musical feedback out of his overdriven setup – he graduated from a Futurama and Voxes to a Gibson ES-335 and a 200-watt Marshall with 8×10 cabinets – and incorporating the wild screams into his studio sound. Making Time and Painter Man both showcase a guitarist way ahead of his game.

He does have one regret, though: Phillips parted ways with his beloved cherry red ES-335 in the 70s and in 2007, put out a plaintive plea for its return. Its distinctive wear includes three hacksaw marks near the pickup selector switch from an experiment before settling on the bow for sustain.

“I was trying to figure out a way to play something on the E string to keep it going, like a drone, while I hammered on some kind of solo with my left hand on the other strings,” Phillips told Guitar.com. First I tried a hacksaw – I took out the blade and put a guitar string in, tried sawing across the E string, but that only resulted in me wearing three or four massive grooves in the bottom horn of my 335 from the ends of the saw [laughs]. So that obviously wasn’t going to work.”

A rumour persists that Phillips’ contemporary Pete Townshend was so impressed that he asked the guitarist to join The Who as the second guitarist. Phillips himself demurs, telling journalist Chris Hunt: “If he asked me, I didn’t hear him! I think that was a bit of sharp press.” Alas, the mouthwatering prospect of having two of the wildest guitar pioneers of the 60s in one band was too good to be true. Still, at least we have Phillips’ Creation playing, presided over in the studio by Shel Talmy, the innovative producer behind early classics such as The Kinks’ You Really Got Me and The Who’s My Generation, and there’s a lot of excellent guitar action to uncover.

Painter Man, their only UK Top 40 hit, has a superb riff, a viciously strummed Townshend-esque chord interlude and a skrawking violin-bow coda; on Through My Eyes, Phillips anchors the song’s soporific, prowling backbeat with a mesmerising bend-based riff motif and unison-bend solo; Tom Tom taps into the same vein as The Beatles’ She Said She Said, adding an off-kilter double-tracked solo and even a section at 2:32 with a feedback-and-killswitch effect. 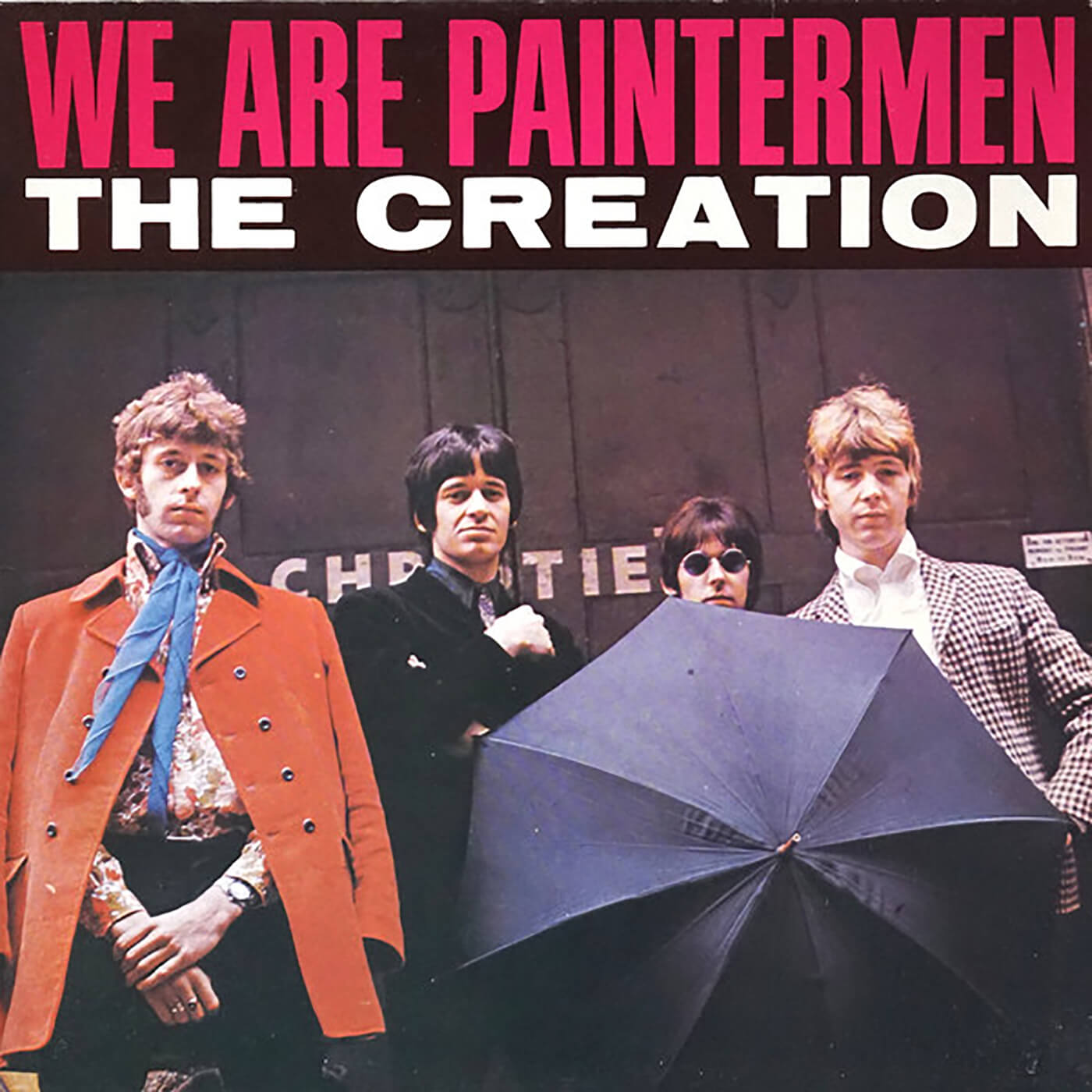 For a change of pace, Try And Stop Me eases off the scene-stealing guitar in favour of precisely intonated, ultra-clean chordal jangle, but the speeding stomp of Biff Bang Pow, propelled by its My Generation-esque riff, returns to the fray with a gloriously frantic guitar solo that quickly abandons the idea of chord melody in favour of angry bends and hammer-ons.

A final pre-split 60s single contains two essential Creation tracks outside of We Are Paintermen, How Does It Feel To Feel and Life Is Just Beginning, which feature swaggering, unhinged edge-of-feedback solo and plectrum-on-string scrapes and psychedelic strings, respectively.

The Creation never achieved the recognition they deserved and after singer Kenny Pickett quit, Phillips followed suit later in 1967. The band continued, with Ron Wood in the lineup, until 1968, released some more soul-flavoured material, then dissipated, seemingly for good. They reactivated in the 1990s and despite reforming and playing with Phillips as the only original member and attempts to recapture the spark, such as 1996 album Power Surge, world-straddling success wasn’t to be theirs.

Instead, they’ll go down in rock history as a quintessential cult band, trapped in amber between the British Invasion and the birth of psychedelia, and hopefully, appreciated for the scything, exhilarating playing of their lead guitarist. A philospophical Phillips told Record Collector: “If we could go back and change the fortunes of The Creation, we may have been a really big band for a time but may not be remembered now like we are. I’m alright with things.”