George Ezra is back with his third studio album inspired by dazzling alter-ego, the Gold Rush Kid.

Baritone-bass singer George Ezra became known for his boomy vocals and individualistic approach to acoustic-based music with his previous LPs, Wanted On Voyage and Staying At Tamara’s. These first two records saw him rise to success in the pop charts with hits such as Budapest and Shotgun, eventually scoring him the 2019 Brit Award for British Male Solo Artist. Ezra offered a discography that brought together folk, pop, country and indie in a way that made it cool enough to impress younger generations. Walk into any indie nightclub on a Saturday you’re sure to hear a bit of Paradise.

So far in his career, he’s offered an entirely different ardour than fellow guitar-wielding chart toppers such as Ed Sheeran, by mixing classic flavours of Bob Dylan and Woody Guthrie. On his latest body of work, Gold Rush Kid, Ezra continues to be inspired by his travels on tour. But this time, rather than focusing on the destination, Ezra explores the hope and thrill of the journey there, embodying the character of the Gold Rush Kid – his denim-wearing, dazzling alter ego. And whilst Ezra was locked down at home in London, (as we all were in 2020), he spent time looking back at his journals that would later invigorate his musical bones to form this new, 12-track record.

But if you’re looking for Ezra’s usual unique take on music that’s so rustic it makes him seem old before his time, Gold Rush Kid will take you by surprise.

The first two singles released from the record Anyone For You and Green Green Grass sit right at the top of the album welcoming you in; their pop-party vibe and commercialised brass horns make sense for early summer releases, and the same flavour continues on title track Gold Rush Kid. At this point in listening, it feels as though Ezra may be taking an entirely different route here, but midway through, the tempo takes a change. Swiftly shifting to Manila, it delivers palm-muted staccato riffs and a soaring electric solo which makes use of a call and response pattern between two guitars – it’s more what we’d expect from Ezra. 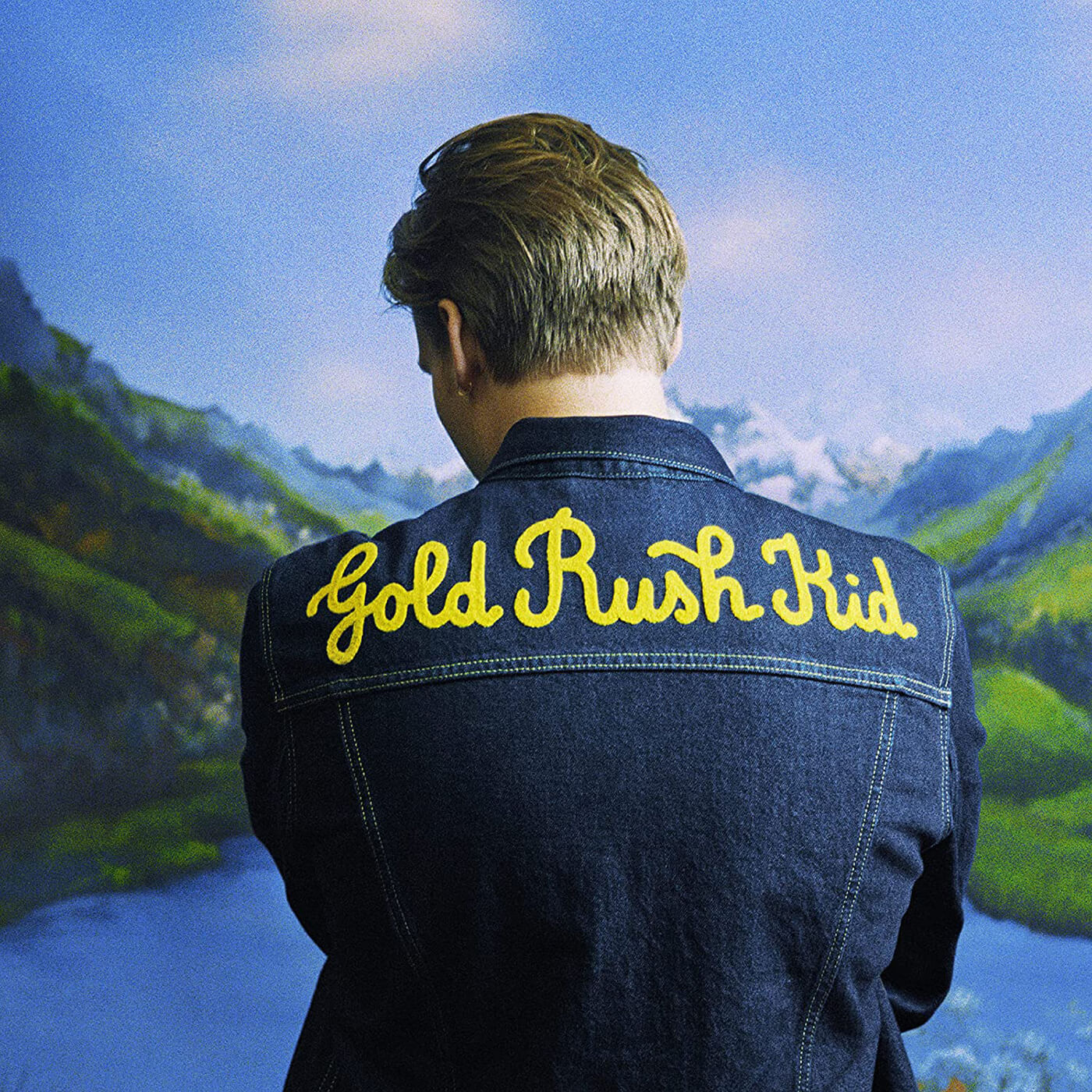 The record continues to recuperate itself from a track list that could be given the family-fun holiday advert treatment into Elton-style ballads such as Sweetest Human Being Alive and fitting dystopian love song Fell In Love At The End Of The World, which gives romantic violin and country rock guitar which sounds as if played with a steel slide. “There’s a war outside but it can’t get us here, I’m safe in your arms and I’m stronger again,” calls Ezra over the gracious, folk-y strings. It’s a swooning ballad for finding hope as the world continues to collapse.

Dance All Over Me even sees Ezra toying with a more disco-esque sound, with striking piano chords and funked up bass guitar. I Went Hunting is the standout, though, for those who come to this album looking for Ezra’s signature songwriting. It’s a slow, swelling ballad with fingerstyle guitar, delicate shimmering symbols and more yearning violin. Lyrics of I went hunting, found a problem snake between a building electric guitar and the solemn string section. It’s anthemic and meaningful, and truly stands out amongst other tracks for its lyricism and flavoursome instrumentation.

Closing track Sun Went Down leaves a nostalgic taste in your mouth with chants of I’m so happy I could die now, it’s sweet, it’s honest and it’s a testament to Ezra’s personal growth, but it closes the record without feeling like much ever began. But maybe that’s a good thing – Only three albums in and at the age of 28, Ezra is only just beginning, and it makes sense for him to explore a wide range of stylistic choices.

Overall, Gold Rush Kid will certainly see Ezra back in the charts and definitely delivers on an easy-listening soundtrack as the weather heats up, but it doesn’t hit with quite as much impact as we know he can deliver. Although it brings itself back from its early on-set cheesy-hit overload, it doesn’t quite satisfy the hunger left behind for more at the end of the Staying At Tamara’s Era.

Ezra has evidently swayed into the pop scene a lot more on this album; it’s less of his classic feel and is more simplistically fun. It’s for fans of Pretty Shining People and Don’t Matter Now more so than Cassy O’ and Hold My Girl. It does still showcase his stunning vocal abilities and continues to prove that he is a true, soulful songwriter. Respect is due for his pep-ier approach here, but it certainly may leave fans divided.

Paolo Nutini – Last Night in the Bittersweet review: Pop music at its finest