Local Valley is an album of firsts for Swedish-Argentinian guitarist José González. It’s the first of his four solo releases to feature vocals in all three languages he speaks – Spanish, Swedish and English, the first recorded at his new Koltrast Hakefjorden studio an hour’s drive from Gothenburg, and his first in six years, following Vestiges & Claws.

Described as “a mixture of classic folk-singer songwriting and songs with influences from Latin America and Africa,” Local Valley doesn’t deviate from the blueprint González has followed so successfully since announcing himself with debut single Crosses back in 2003. The sparsely populated sonic spaces are inhabited by deft fingerpicking rooted in Tropicália and Bossa nova, twining around that meditative velour-smooth voice.

What is notable about Local Valley, its title referring to earth’s position in an inhospitable universe and the “dogmatic tribes” who call it home, is the up-front lyrical content. González has always been a deep thinker, devouring books on topics such as effective altruism, secular humanism and ecomodernism, while he has a PhD in biochemistry. Conjuring an enchanting backdrop on his nylon-strung Esteve and Cordoba acoustics and never wandering off into nebulous showboating, he delves deep into “our existential questions as smart apes on a quest to understand ourselves and our place in the cosmos”.

Perhaps it’s the fact that González is able to switch fluidly between languages, or maybe it’s the restrained dreamlike atmosphere that hangs over everything, but Local Valley never feels like a protest album, or an exercise in verbose navel gazing. “I feel more comfortable than ever saying that this album reflects me and my thoughts right now,” says González of what is only his fourth solo record in a career that stretches back 18 years. Along the way, he’s played at the Royal Albert Hall, accrued Platinum and Silver discs and clocked up a cool billion streams, releasing a further two albums with his band Junip.

Local Valley’s opener, El Invento, represents the first time Argentina-born González has recorded in Spanish and one of a trio of songs here he considers “my most accomplished to date”. On it, he ponders some of life’s big questions while skipping serenely through a pastoral fingerpicked progression in drop D with fulsome descending bass notes. His wordy ruminations translate loosely as “And for belonging to the people of the book/ Pretending to understand the enigmas of the universe”.

Switching to English, his percussive syncopated strumming locks into a mesmeric groove on Visions as he considers weightily what’s next for humanity. As songbirds chirp invitingly outside the studio window, he diverts into a gorgeous ascending run and dreams of an unreachable utopia for a populous “Enslaved by the forces of nature/ Elevated by mindless replicators/ Challenged to steer our collective destiny”. 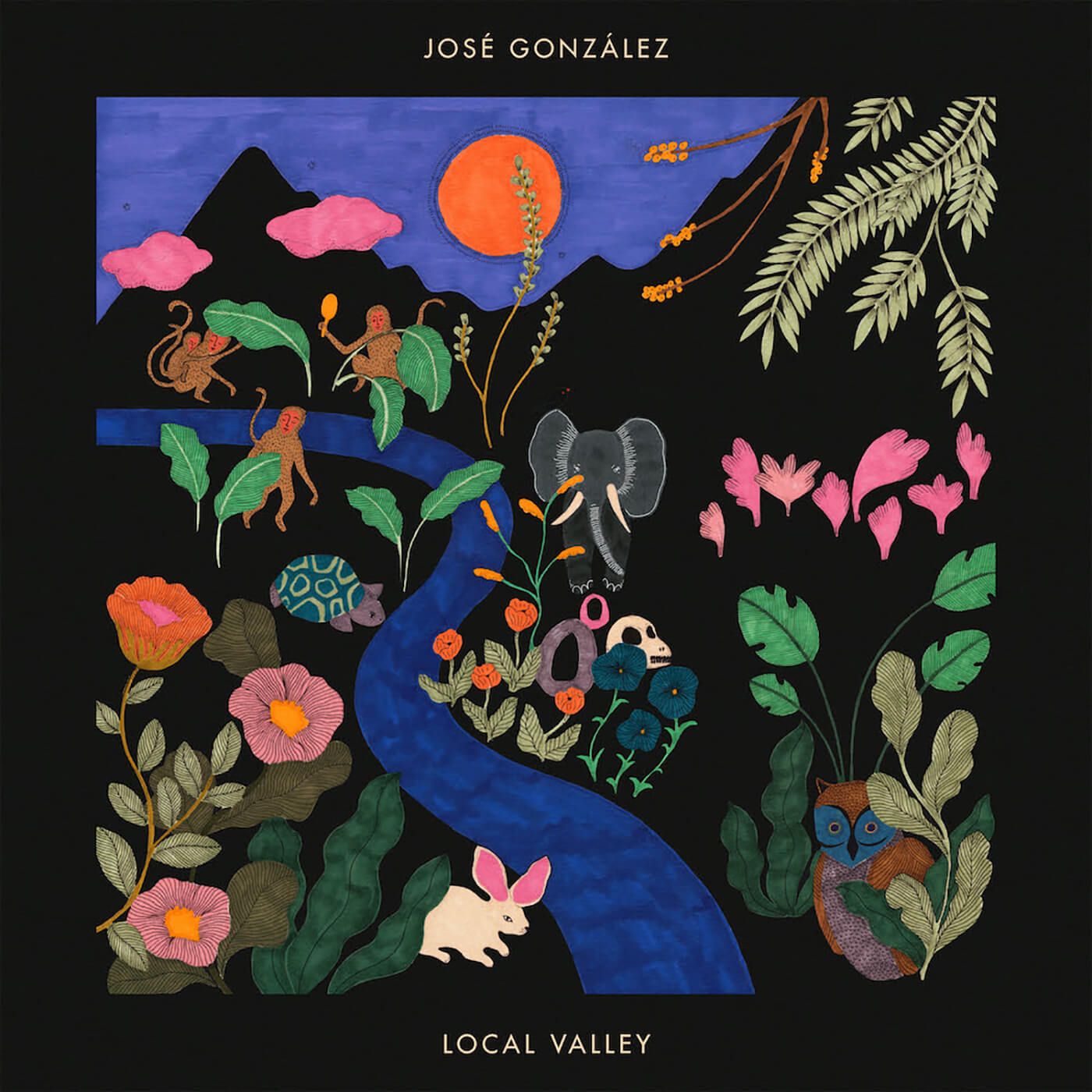 Horizons, one of a handful of songs in EADABE, is imbued with a magical minimalism, founded on a hypnotic cyclical fingerpicking pattern, González assuming a pacific elegance as he repeats the mantra “To be at peace with and without, Knowledge and doubt”.

Lilla G and Swing are similarly indebted to the rhythms of Africa, the latter featuring an insistent electronic pulse, González’s darting melodies and partner Hannele Fernström’s voice. It brings a touch of levity to an album loaded with sobering reflection on the issues facing society, although it sounds somewhat incongruous in this setting when González sings “Swing what your mama gave you, Swing your bum like seaweed”.

Returning to Swedish, Tjomme is rather more direct and impassioned, González observing the current alarming mess on our planet and asking “What the fuck are you doing now? Are you completely deranged?” He might well be onto something. The penultimate track is a cover of Iranian-Swedish artist Laleh’s En Stund På Jorden, translated as A Moment On Earth. Slowed down to a slumbering shuffle and decorated only by vocals and softly plucked chords, his version brings a new sombre gravitas to the radiant pop and stirring strings of the original.

The devotional concluding song, Honey Honey, could scarcely be more elemental, González deep in Nick Drake territory as he waxes lyrical about Fernström. Rolling between two fingerpicked chords, he beholds his partner’s “Sweet sweet lips and your swaying hips, rocking us to ecstasy, honey honey”. The mood of bucolic bliss evoked during its 109 seconds permeates through every second of the 13 songs on Local Valley. While it doesn’t take José González anywhere new, it’s an understated and immersive delight – whichever language he’s singing in.