There’s no place like home for Philadelphia’s Kurt Vile on his major-label debut.

Kurt Vile’s ninth studio album in a career that has gained momentum with a seemingly effortless poise charts a rare two-year period of stillness in the Philadelphia guitarist’s life.

Now in his early 40s and settled into family existence with his partner and two daughters, Covid forced Vile to swap the rigours of touring for a routine punctuated by cups of coffee and listening to old Sun Ra albums as he took his time over his first major-label release for the legendary Verve Records.

In many ways, the former home of jazz royalty such as Ella Fitzgerald, Charlie Parker and Billie Holiday, and creatively uninhibited free spirits The Velvet Underground and Frank Zappa, seems a fitting home for one of the modern era’s great big-sky dreamers.

Thriving in his home environment, Jaguar-toting Vile hits a meditative peak on (watch my moves), without straying too far from the psych-flecked country-fried approach he’s been gently fettling since going it alone from The War On Drugs in 2009.

There’s nothing here quite as immediate as the joyously defiant Loading Zones from 2018’s Bottle It In, B’lieve I’m Goin Down’s sprawling stream-of-consciousness opener Pretty Pimpin. Instead, (watch my moves) washes over you like a single lulling wave.
Songs appear to tumble from Vile’s consciousness half-finished without undue struggle, his musings here often autobiographical. He begins with the charmingly folky, under-developed opener Going On A Plane Today.

Accompanied by playful piano chords and the tenor sax of Sun Ra Arkestra’s James Stewart, Vile exudes a sense of child-like wonder while touring with one of his all-time heroes: “Listening to Heart Of Gold, gonna open up for Neil Young/ man life sure can be fun/ imagine if I knew this when I was young.”

Soon comes a trio right up there with Vile’s career highlights. Palace Of OKV In Reverse takes its name from the home studio where much of (watch my moves) was recorded. A glimmering neon synth arpeggio in 3/4 replaces whirling reverse guitars, with Vile alone “standing on top of the world when it started to burn”. Like the best Kurt Vile songs, it’s effortlessly mesmeric and unlike many more of them, it’s only two minutes, 54 seconds long.

The hazy, ambling Like Exploding Stones evokes the sun-dappled psychedelia of Wakin On A Pretty Daze nearly a decade ago. Centred around a comely four-chord progression in D minor and Vile’s sleepy vibrato-arm wobbles, it’s steady-rolling dream-pop perfection.

The single’s accompanying video sees its writer back home beneath the ‘Welcome To Philadelphia’ sign, before wielding no fewer than three vintage beauties as he relishes drawling the line “And guitars feeding back now/ feedback massaging my cranium”. Here’s a man living his best life, people. 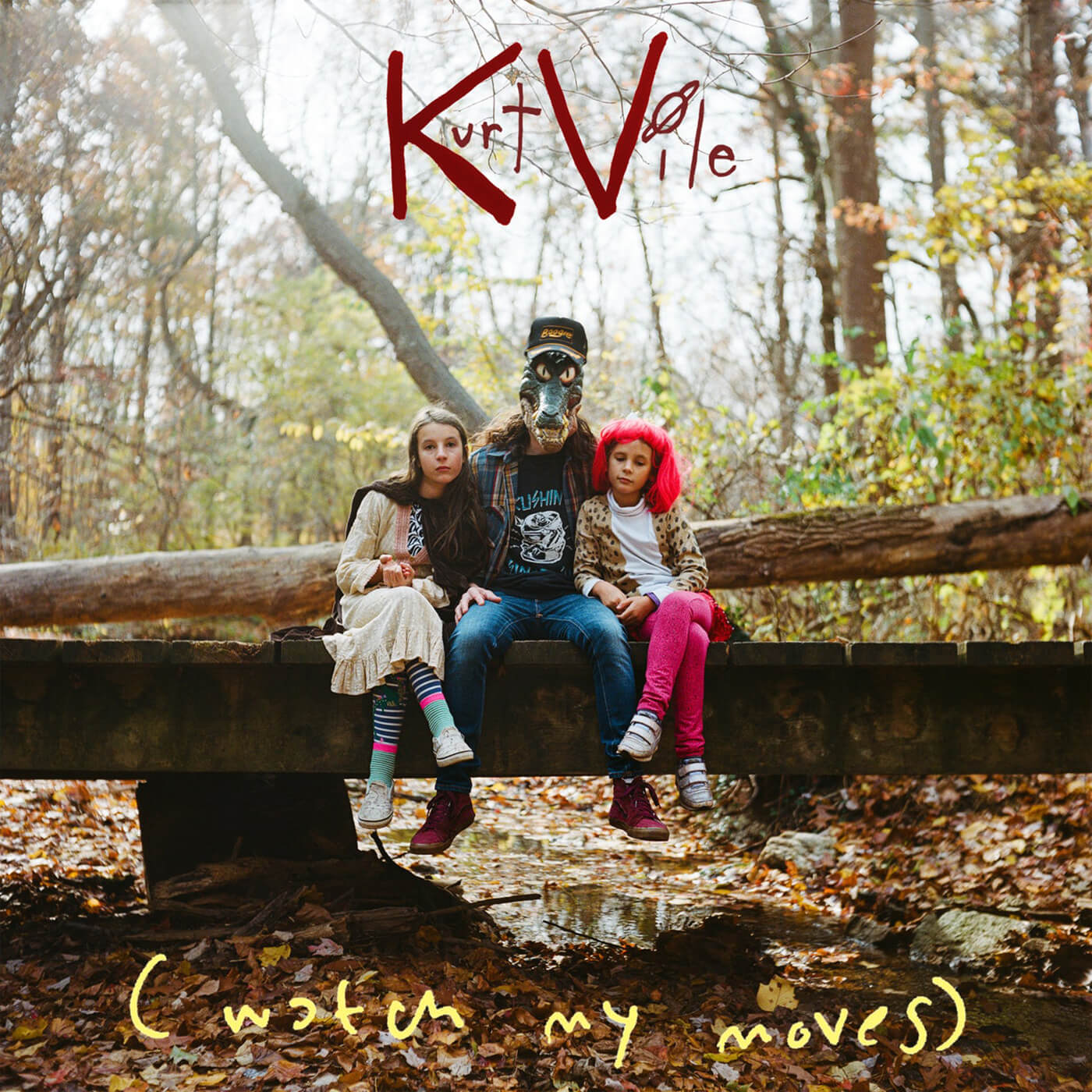 Elsewhere, Jesus On A Wire reminds us that Vile is equally accomplished when picking out glinting arpeggios from his “Martin double 0” as he is wringing meandering spacey leadlines from a delectable offset electric.

The bone-dry opening couplet, “Jesus on the phone, talkin’ ’bout a nervous breakdown/ even he don’t know how to bail us outta this one” is an excellently wry summation of the times, with Welsh folk-experimentalist Cate Le Bon guesting on piano and vocals, and Warpaint’s Stella Mozgawa contributing drums.

The acoustic playing is just as nimble and inviting on Chazzy Don’t Mind, a collaboration with Pacific North-West noise-rock band Chastity Belt. Elevated by the graceful sweep of a string-section, Vile gets to the crux of his writing style, advising “Write about what you see around you/ children and flowers/ and days for hours/ songs for miles”.

Say The Word, which has the faintest whiff of Knopfler, also shines a light on that songwriting craft. “I wrote the words to this song driving from Philly to Amherst,” Vile recalls in typically somnambulant fashion, before departing into a trademark wandering solo coloured by his love of filter pedals.

For the most part, the album’s lower-case title feels appropriate for the understated and introspective tonal palette. The most exhilarant electric guitar work on (watch my moves) is saved for Fo Sho. It commences with a fizzy Moog-like sound before Vile’s growling compressed lead playing takes centre-stage, alongside a self-aware admission that it’s “prolly gonna be another long song” (in fact, it’s one of only six of the 15 that don’t exceed the five-minute mark).

While this is wholly a Philadelphia record, two of the 15 inclusions here were recorded pre-pandemic in LA with The Violators and long-time collaborator Rob Schnapf. The second of them, Wages Of Sin, is a sedate Bruce Springsteen cover that veers off into a gorgeous coda jewelled with woodwind, vaporous harmonies and astral chords.

Stretching beyond 70 minutes, the collection wraps up with the contemplative Stuffed Leopard, Vile’s fingerpicked acoustic pattern soft and sumptuous, and his vocal expression reminiscent of John Lennon’s “Shoot me” from Come Together.

It’s, of course, an unhurried, near-hypnotic delight, with archetypal lines such as “Dream police in the market place/ turning my eyes so blurry” rolling from Vile’s mouth before he concludes thinking aloud, “These chords here, who was the first to play ‘em? Well, who could say…”

Isn’t it just like Kurt Vile to leave us with such an open-ended cogitation? A cloud of entrancing ambient noise gathers around the final sweet, silvery acoustic chords before it all fades away to silence. Blissful stuff.

(watch my moves) by Kurt Vile is out now.