Metronomy – Small World review: Joe Mount dares to be an optimist in the band’s brightest record in years

After half a dozen albums of askew electronic pop, Joe Mount slows things down for a seventh Metronomy record that’s all about appreciating the simple things in life.

In hindsight, the zesty eclecticism of Metronomy’s sixth album, Forever, looks like a transitional point for the band’s musical mastermind Joe Mount. Life has changed unrecognisably in the years since its release in 2019. Rather than a routine built around the rigours of touring, like many of us, the father of two found himself home-schooling and tending the family garden as he entered his late thirties in lockdown.

Perhaps as a result, this is a lighter, more modestly orchestrated album, its bucolic charms subtler than on any previous Metronomy record. Small World is, you could say, smaller than its predecessor, as well as 2008 party album Nights Out and Metronomy’s yacht-rock inspired Mercury-nominated breakthrough The English Riviera.

Here, we find Joe Mount concerned with life’s simple pleasures, his writing tinged with nostalgia, bittersweet ruminations on ageing and shifting relationships with those he loves – all of which is encapsulated by the pastoral cover image, shot by Mount’s mum near the family home in Devon.

“I liked the idea of making a proper kind of record that’s grown-up,” Mount says of a realisation that the band’s audience was growing older with him, and that perhaps something more contemplative was the order of the day.

Such thoughts are at the forefront of opener Life and Death. Against spectral piano figures and minimalist electronic percussion, Mount sums up his life’s arc with, “It was fun, what I did / Got a job, had some kids / See you in the abyss”. There’s little if any audible guitar on that opener. But the instrument – primarily in its acoustic form – is central to Small World as a whole.

As its title suggests, Things Will Be Fine is significantly more optimistic and sprightly, its sparkling acoustic intro joined by an elastic bassline as a teenage version of Mount dreams that one day, “I might save the day / I might change the world”. It’s melodic, charming and sounds a lot like something from Belle and Sebastian’s 1996 cult classic If You’re Feeling Sinister. Mount’s offbeat 10-bar solo is suitably unpolished and lo-fi – and all the better for it. 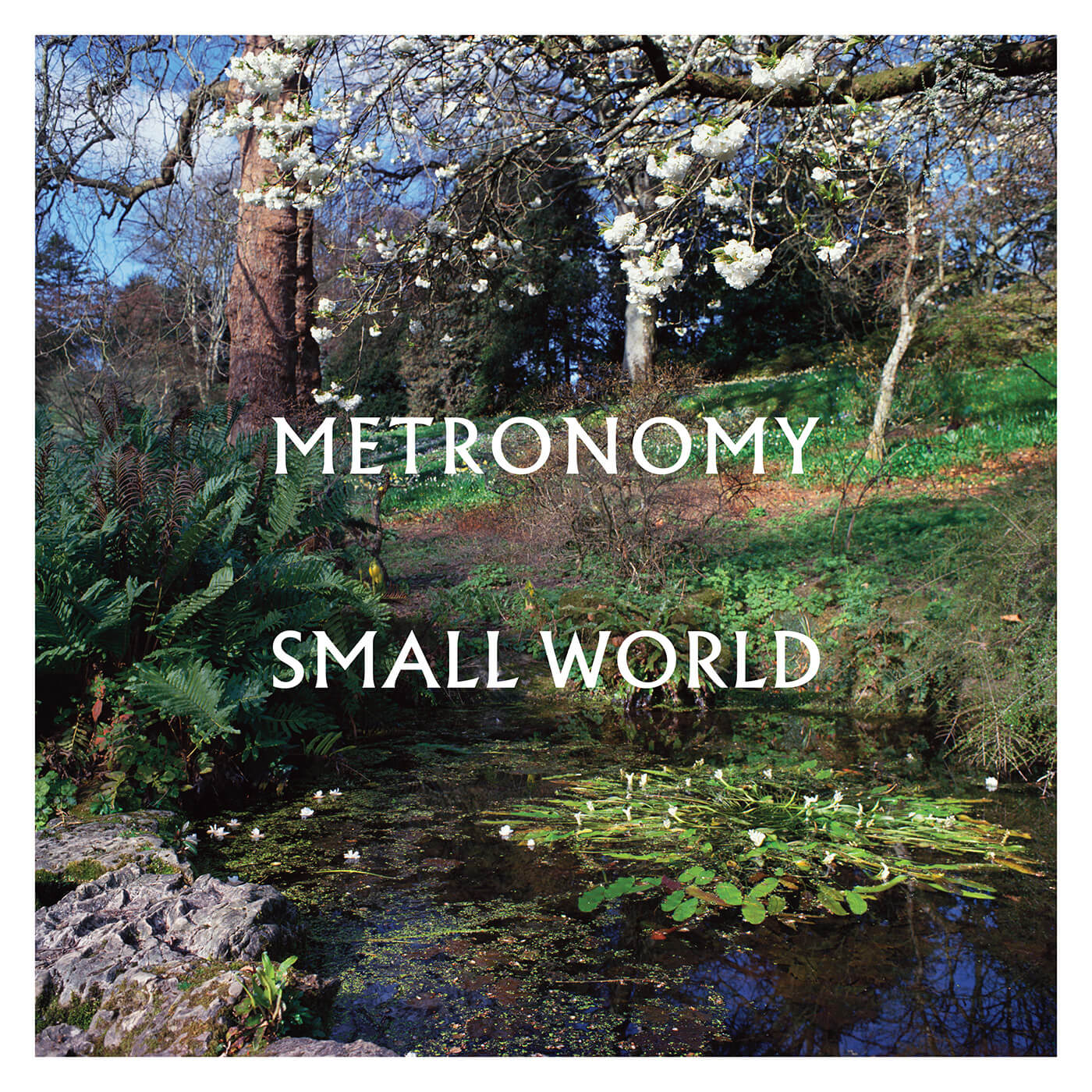 Continuing the optimistic theme, It’s Good To Be Back celebrates our collective emergence from the inertia of multiple lockdowns, its chorus mantra a knowing “lame platitude” from Mount as snappy acoustic strums cavort with an irresistible synth riff and pulsing disco rhythms. On an album that’s notably more subdued than previous Joe Mount endeavours, this is a bona fide Metronomy classic.

Away from that lead single, though, the good times and synth-pop earworms are thinner on the ground. A thickened pitch-shifted riff propels Loneliness on the Run, its verses sounding as if their roots lie somewhere in 1990s slacker rock, while an inviting acoustic pattern is sprinkled through the chorus.

Mount again sounds as if he’s describing the realities of parental life on Love Factory, as he promises, “I can be the bad cop and you can be the good / I can make us all the things we need, just give me some sap and wood”. The heavy attack of his fizzing solo, so effected it sounds as much like a synth as it does a guitar, enlivens an otherwise laconic stroll.

While Small World is unmistakably a Joe Mount record, it’s arguably more varied than any other Metronomy album. We’re in 1960s psychedelic territory on I Lost My Mind, echoey vocals and scintillant strums the backdrop for a brief narrative of lysergic recollections, paused momentarily for a carefree whistled solo.

“Well you’ve caught me right on time / So for now let’s enjoy the sunshine,” Mount mulls benignly on Right on Time, another ode to relishing life’s elemental joys. The song is aided by a prominent bass groove and an unassuming four-chord progression that’s swallowed up in the choruses by Latin-flavoured percussion and a playful violin accompaniment.

Wobbling chorus-drowned chords and arpeggios ride on a driving Smiths-style bassline on Hold Me Tonight, which sees Mount recalling distant memories of love unrequited. Porridge Radio’s Dana Margolin plays the subject of Mount’s affections expertly, telling him, “So you found the courage, do you regret it yet? / It’s not what you wanted but I guess it’s off your chest”.

Small World closes with I Have Seen Enough, a somnambulant waltz in which Mount paints he and his wife edging towards their dotage, watching their children grow, picking fruit and cultivating the flowerbeds. There’s a faint air of melancholic fatalism as he concludes dryly, “I have seen enough / But I just can’t look away”.

It’s an appropriately low-key ending to an album that’s over inside 35 minutes. Small World doesn’t outstay its welcome and, as befits a collection of nine songs concerned inherently with growing old gracefully and embracing the passage of time, there are few moments of stridency or bombast. There’s something rather likeable about that.

Metronomy’s Small World is out now.