Neil Young – Carnegie Hall 1970 review: an enchanting, stripped-back snapshot of Young at the peak of his powers

Does the world need another Neil Young live album from the archives? When the quality of the recording and performance is this high, the answer is yes, yes it does.

Keeping abreast of Neil Young’s multitudinous releases can begin to feel like a full-time job. Since Shakey’s last studio LP, Homegrown, in June 2020, there have been no fewer than four live archival albums. Even as we were writing this review, he announced another Crazy Horse record, while this is the first of five instalments in the new Bootleg Series. Questions over quality control endure, but not here. Carnegie Hall is a superb addition to the catalogue.

Carnegie’s 23 songs are taken from the first of two sets Shakey played at the iconic Manhattan venue on 4 December, 1970. The latter show has long been available via bootleggers, but the first, considered by Young as “far superior”, has remained unheard, until now. It finds Young in celebratory mood, nine weeks after releasing After The Gold Rush, 19 months on from the raw guitar pyrotechnics of Everybody Knows This Is Nowhere, and a little over a year ahead of his first No.1 album, Harvest.

Mixed from the original analogue tapes by Young and engineer Niko Bolas, aka The Volume Dealers, the sound quality is excellent, Young throwing in six songs from After The Gold Rush alongside Buffalo Springfield and Crosby, Stills, Nash & Young material. The sense of occasion is palpable as grand silvery strums and hefty bassnotes from Young’s Martin D-45 provide sparse accompaniment, training the spotlight on the vulnerable majesty of his songwriting.

Perhaps it’s typical of the Canadian’s famously contrary nature that he opens with a pair of songs not from his new album but from 1969’s Everybody Knows This Is Nowhere. It’s remarkable how well those electric epics translate to more spartan arrangements. Down By The River is reduced from the sprawling nine minutes of the album version to haunting minimalism, the audience’s rapt silence lending even greater poignancy to its images of vengeful murder.

Cinnamon Girl, too, takes on a new revealing fragility in its acoustic form, shorn of the bristling distorted riff and glam handclaps as Young dreams wistfully “I could be happy the rest of my life”. The only resemblance to the ragged intensity of the album cut is when he digs harder into the chords as the song pushes towards its conclusion.

Gentle unadorned takes on Buffalo Springfield songs I Am A Child and Expecting To Fly follow, Young switching to the piano for the latter. He returns later with the band’s debut single Nowadays Clancy Can’t Even Sing, his wavering vocal slicing through the attentive silence, leaving a question hanging in the air: “Who’s all hung-up on that happiness thing? Who’s trying to tune all the bells that he rings?” 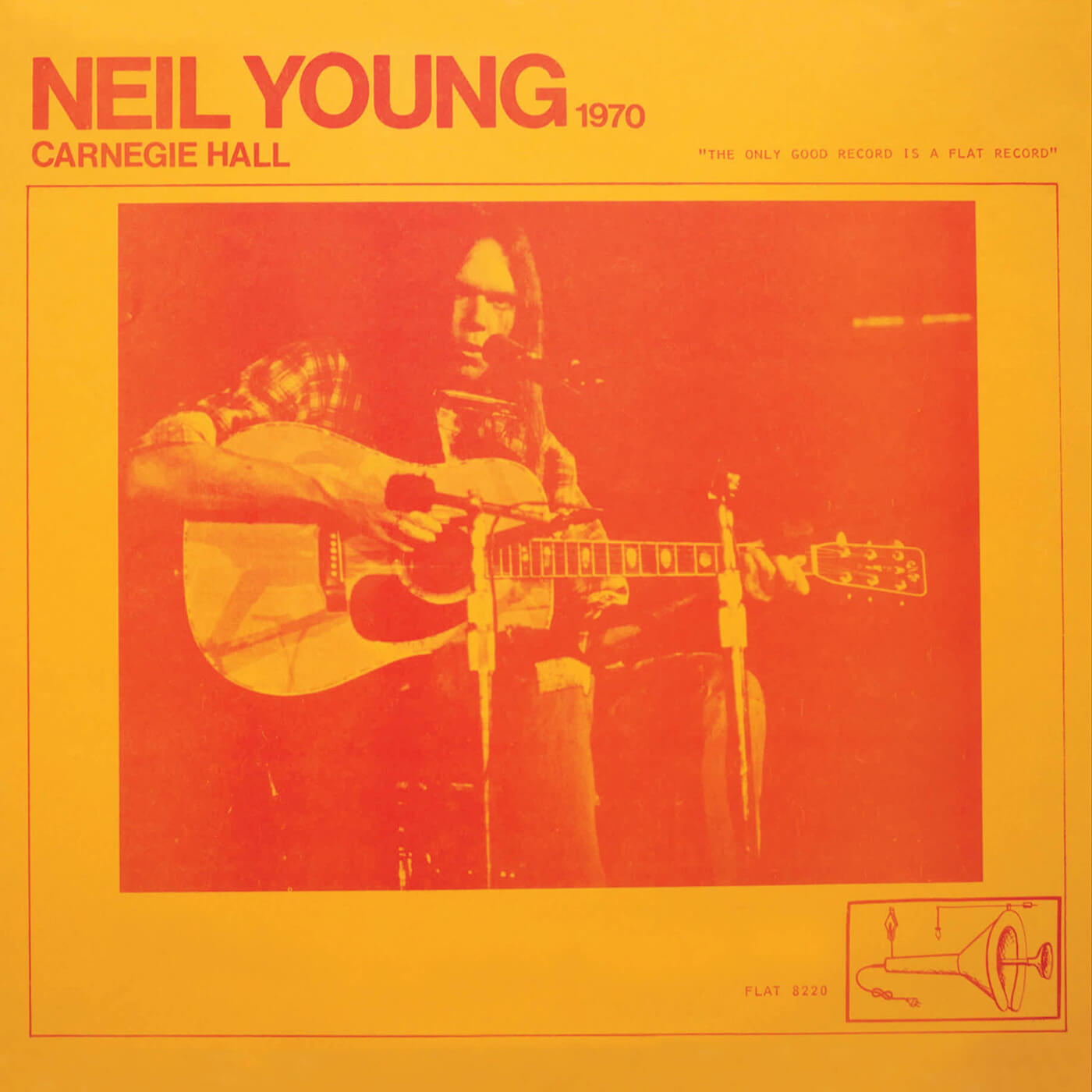 Such is Young’s popularity, that even a lengthy bout of tuning before The Loner from his 1968 debut solo album is greeted with a ripple of applause. Endlessly charming, maybe a little nervous, he fields bellowed requests with good humour, jokes about taking an intermission for popcorn and admits of his piano playing “I don’t play that good… all these intros sound the same”.

The descending D/A/G progression of Helpless, first recorded in 1969 with Crazy Horse but given instead to CSNY for Déjà Vu, is greeted with devotional acclaim, and the scything purity of Young’s delivery is simply stunning. There’s something deeply compelling, too, about peering through this window in time and hearing Southern Man, Only Love Can Break Your Heart and After The Gold Rush tried out as new songs, only two months after their release. All are utterly devastating, Southern Man whipped up to a stirring peak and then reduced to a final tender whisper, Young’s humility endearing as he thanks everyone who “waited in line to get tickets”. Seated at the piano for the album’s title track, his poignant “we’ve got mother nature on the run in the 1970s” sounds sadly apposite 40 years on.

It’s only when the crowd’s out-of-time clapping derails Sugar Mountain that the performance threatens to wobble, but with consummate grace Young navigates the bump in the road effortlessly, reprimanding his audience: “If you’re going to do it folks, do it with me”.

A trio of songs are previewed – Old Man, destined to appear on Harvest, See The Sky About To Rain and Bad Fog Of Loneliness, with the latter not seeing the light of day on an official release until 2007’s Live At Massey Hall. We’re nearly done when one of the set’s most enthralling moments arrives in the shape of Ohio, Young’s furious reaction to the Kent State shootings seven months earlier. The solemnity of his repeated phrase “Four dead in Ohio” fills the hallowed auditorium, the fret buzz of his bassnotes reverberating through the decades, and the biggest ovation of the evening ensues for one of the all-time great protest songs.

Collectors may point to the pre-existence of similar artefacts from the vault, such as Live At Massey Hall 1971, and the odd cynic may suspect a cash-in, but that would be a churlish verdict. This is a spellbinding document, the sheer unadulterated essence of these songs from the varying strands of Neil Young’s early years evidence of the monumental writing prowess he possessed from the outset. How this recording has remained unheard in a dusty corner of the archives for 50 years is a mystery, but its emergence is a cause for celebration.