Porridge Radio – Waterslide, Diving Board, Ladder to the Sky review: post-punk for the end of the world

Returning after their acclaimed Every Bad, Porridge Radio carve a dark, melancholy path through the indie-rock sphere.

Porridge Radio are vying for attention in what’s either a crowded genre or a thriving scene. But two years on from their acclaimed Every Bad, their latest LP Waterslide, Diving Board, Ladder to the Sky cements the band’s spot in the canon of 2020s UK post-punk.

With the opening (barring the intro track –) Back To The Radio, the band claim a spot themselves at the heavier, darker end of the genre. You’d be forgiven for thinking that the anxiety and the isolation of the pandemic is the driver behind that decision, and you’d be partially correct – but Porridge Radio have always had a restrained anger present in their music; Waterslide… simply represents a refinement of that anger, rather than an amplification of it.

Frontwoman Dana Margolin’s vocals have always been a far-cry from the softer speak-singing of Dry Cleaning’s Florence Shaw or the theatrical delivery of Black Country New Road’s (now former) vocalist Isaac Wood – when she pulls out all of the stops, she strays into a raw scream reminiscent of Dresden Dolls-era Amanda Palmer. It’s the sort of uncontrolled yelling that feels like a last resort of expression, more restrained vocalisations having proved insufficient. Waterslide… sees her embrace that raw yell far more frequently than Every Bad.

So while they are equipped to address the last two years, that is thankfully not the only thing they do – the most explicitly lockdown-derived song being the opener feels like the obligatory acknowledgement of the pandemic that every new record must contain. Not that it’s a throwaway song, far from it, but for the rest of the album the melancholy isn’t solely sourced from lockdown isolation.

From track three onwards the record’s scope expands out to a much broader set of emotional peaks and valleys, addressing a gnawing emptiness whose roots run far deeper than the effects of any global pandemic. Ultimately, lockdown malaise would never have been a big enough topic for Margolin’s lyrical approach, which excels at painting vignettes of much bigger, complex feelings – and pandemic boredom has long since become one-note, a period in our lives where we spent most of our time feeling nothing at all. 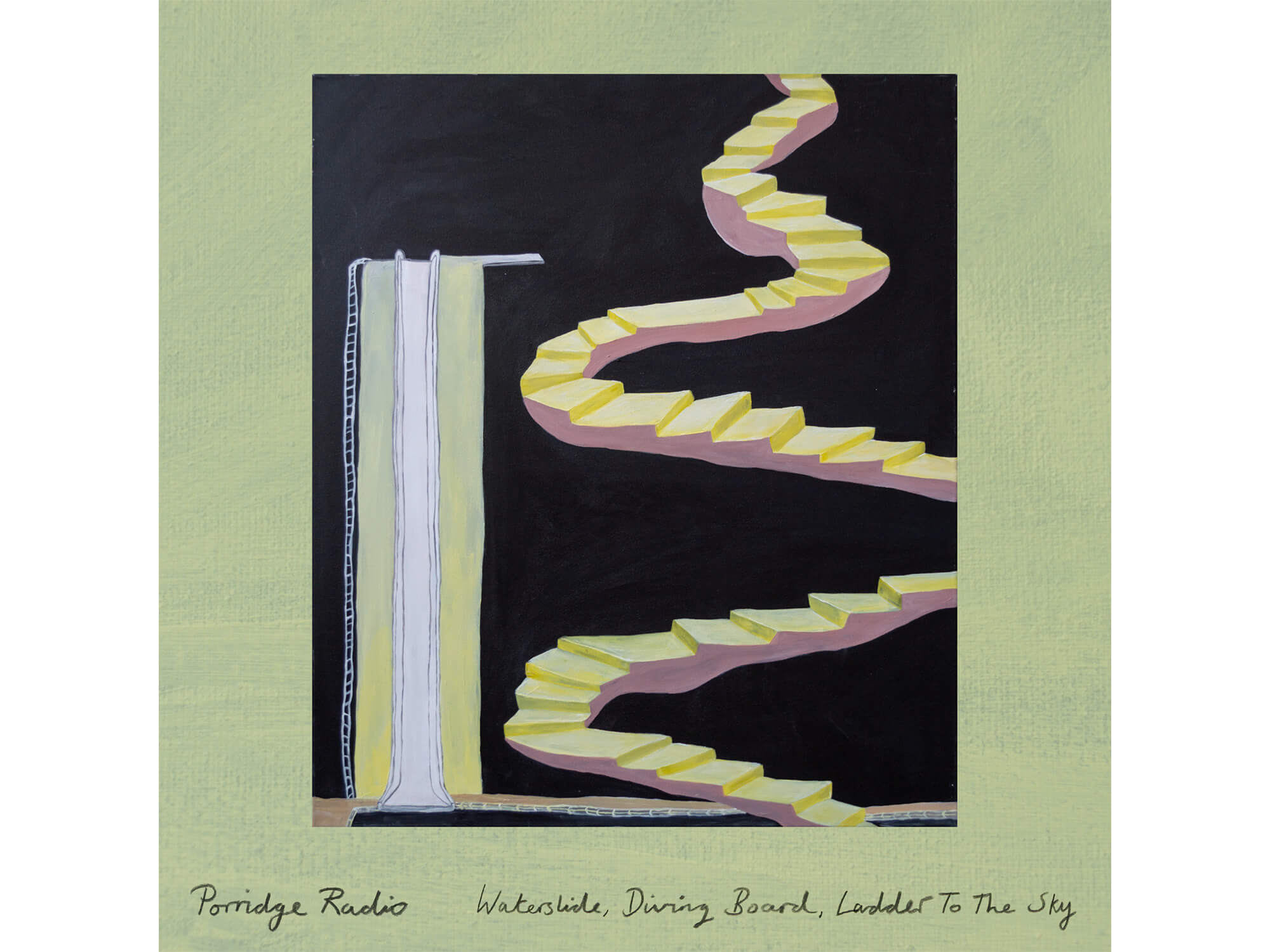 The lyrics of their previous efforts were consistently smart and funny, and here they’re no less smart – but there has been a shift away from the whimsical, and towards a nervous, repetitive lyrical approach. The humour that is here is drawn from a rather dark well; such as the juxtaposition of the song title Birthday Party with an unflinching exploration of fears of death and dying, and the refrain “I don’t want to be loved.” Happy birthday to you…

It works for the scope of the album, but if there is an issue with this record it’s this sustained intensity. There’s not really a break from the anxious repetition of dour lyrics – not many glimmers of hope shine through across the 44 minute runtime. If you’re not prepared, it can begin to exhaust. However, adjust to the fearful world that the record paints and there really is a lot of variation and nuance to how the band explore emptiness, like a nihilistic Kellogg’s variety pack: the same flavour of despair will not be tasted twice.

The feeling of the record is saved from being utterly relentlessly dour by the balance of the instrumental arrangements. Often sparkling, pretty guitar lines are accompanied by bright synth textures, but there are plenty of heavier moments of noise and intensity. More traditional sharp and clean post-punk guitar lines often find themselves recontextualised and inverted, too, and Margolin isn’t afraid to stomp on a fuzz pedal and fill out the sound.

The songwriting is consistently excellent; tracks never really overstay their welcome, and each of the cuts has a clear identity and texture. The diverse production aesthetics on display serve to mix things up rather than muddy the waters; lo-fi synths and piano provide a sense of airy lightness to balance out thick bass and cuttingly-clean guitar lines. The layering runs incredibly deep, with multiple listens rewarding you with riffs, bass and drum fills that were hiding behind Margolin’s arresting vocal delivery.

The dynamics of the record are immensely gratifying: guitar effects and synth textures shift with a drama that begins to edge into the territory of post-rock. A highlight in this regard is penultimate song The Rip, perhaps the biggest song the band has ever taken on: it begins as almost a synthwave track, and builds into a sprawling, cinematic second half driven by Margolin’s crescendoing yells, a fuzzed-out guitar riff and warbling synthesisers. The climax of the build is a jaw-on-the-floor moment executed perfectly, all the more impressive given the difficulty of pulling off bombast within the ostensible confines of post-punk..

This, essentially, is why the UK post-punk scene is getting the buzz it is: most every band within it find their own approach to the genre, often to the point of transcending post-punk and becoming something entirely new. Waterslide… is a welcome reassurance that the 2020s’ crop of post-punk revivalists aren’t going to meet the same fate as the 2000s’, which ended in tragedy as endless blokey bands reduced guitar music to a homogeneous paste – “Indie Landfill,” as it was controversially coined. But Porridge Radio exist as a thread in a colourful tapestry, and Waterslide, Diving Board, Ladder to the Sky is just one example of why this whole scene is absolutely worth your time.

Porridge Radio’s Waterslide, Diving Board, Ladder to the Sky is out now.