Marking the long-awaited return of John Frusciante, Unlimited Love sees RHCP widening their scope and nodding to past glories. 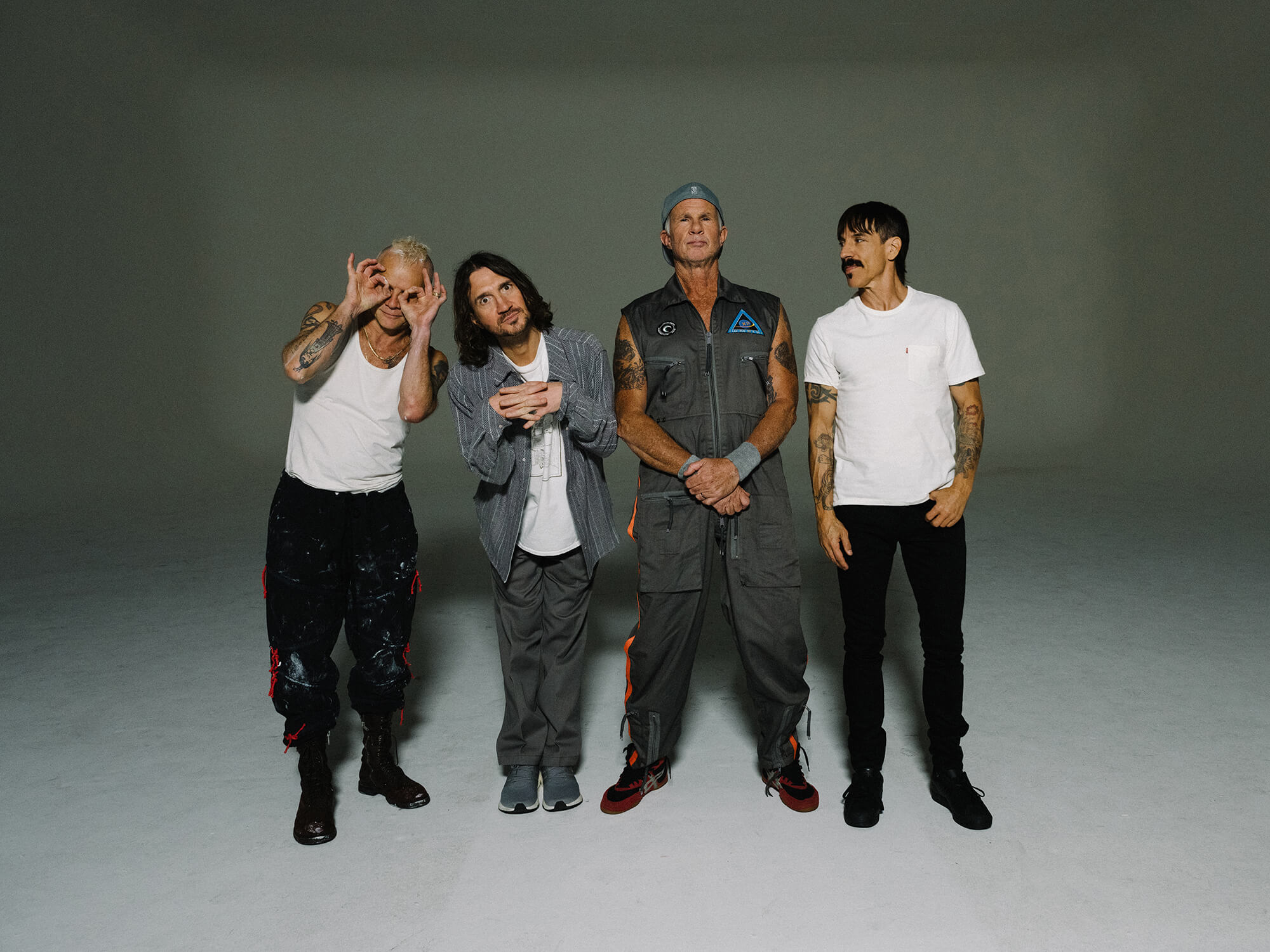 With Frusciante back in the fold, RHCP have rediscovered their dynamism and delivered an occasionally thrilling guitar record.

Few bands can comfortably resurrect the defining qualities of their former successes while still demonstrating an eagerness to expand their musical language. But across Unlimited Love, the Red Hot Chili Peppers skilfully reignite the hammering funk of their original dynamic, the cinematic breadth of their radio-dominating By The Way era, as well as the subtler characteristics of more recent releases, such as 2016’s The Getaway.

First joining the band at age 18, after the death of the Chili’s first guitarist, Hillel Slovak, Frusciante’s distinctive rhythmic playing became a central component of early successes Mother’s Milk and 1991’s iconic Blood Sugar Sex Magik. While the sudden ascent to fame led John to quit in 1992, followed by a well-documented dark patch during which he struggled with heroin addiction, Frusciante’s first return yielded the band’s biggest triumphs. This trilogy of records, beginning with 1999’s Californication, revealed Frusciante as one of the world’s most dynamic and inventive guitar players.

The ubiquity of the radio friendly songs from this purple patch, which include Scar Tissue, The Zephyr Song and Snow (Hey Oh), were testament to a maturing musical prowess. Leaving the band again in 2009, Frusciante’s solo work allowed him to explore electronic pastures (as Trickfinger). But in 2020 the Strat-toting talent returned to the Chilis, with the promise of new material to come. 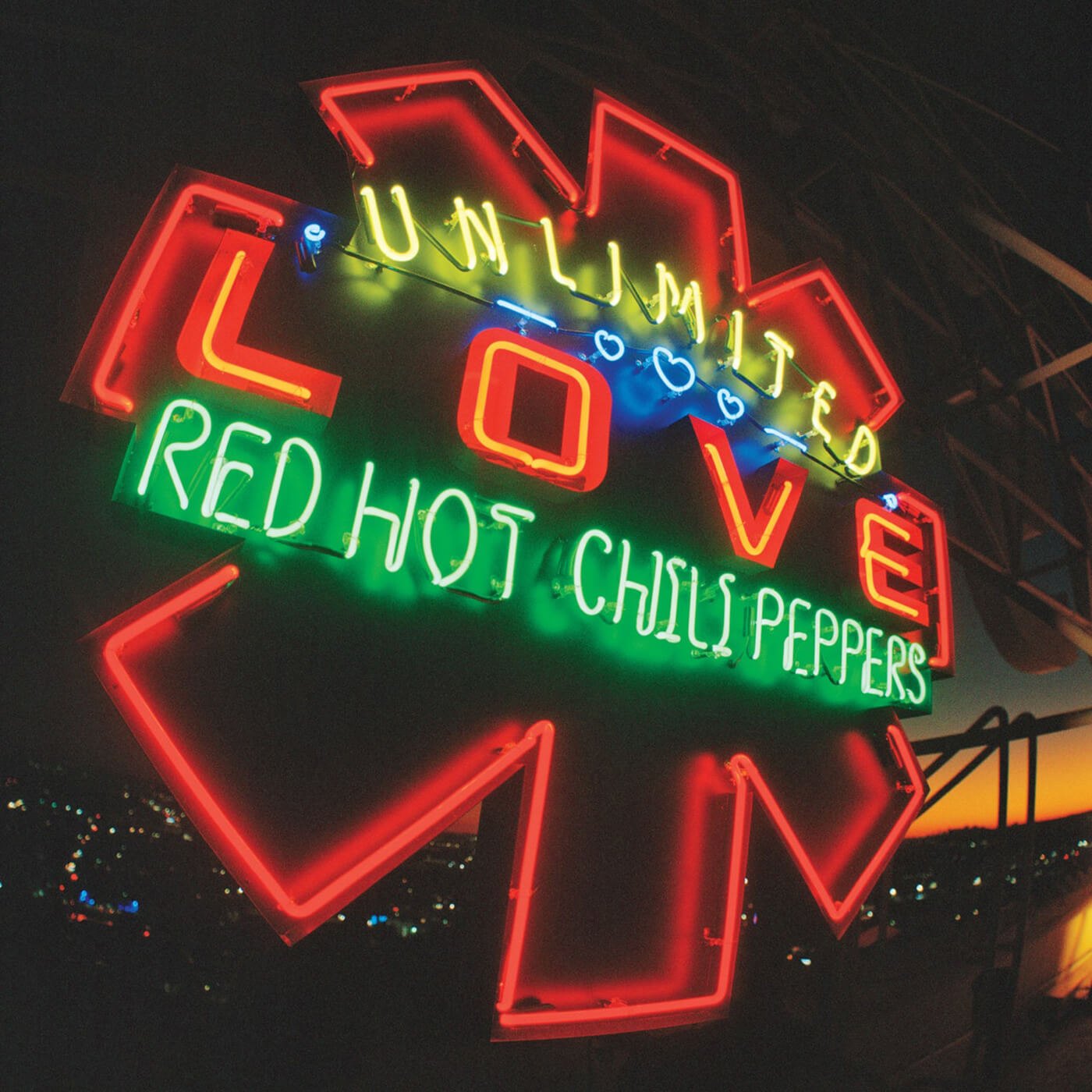 “What I found exciting when I started playing with them [again] is to see what I could do with a guitar,” Frusciante told Consequence of Sound in 2020. “For me, for the last 12 years, guitar was just something I practised music with and it’s not such a big part of the music I make. So it was that idea of how many different worlds you can pull out of a Stratocaster.”

The 17-track Unlimited Love is the end result of this (covid-delayed) reformation. Across its considerable runtime, Kiedis, Flea, Chad Smith and Frusciante’s obvious glee can be felt across every bar. Starting with the shimmering, chorus-washed chords of Black Summer, the groundwork is laid for Frusciante’s first flourish: a searing lead guitar solo cranked high in the mix, heralding his homecoming with style. A dark and moody foundation allows for the construction of Here Ever After’s pyridmical, metal-ish riff, while Aquatic Mouth Dance establishes a recurring template that veers between staccato funk verses and a widescreen, Beach Boys-esque chorus.

The album’s personality continually shifts but it avoids blunt gear changes. In fact, the contrast between stylistic textures is a hallmark of its key tracks. The synth-led Bastards of Light takes off its electronic disguise to reveal an acoustic, folk-rock wizard behind the curtain, complete with rootsy slide guitar, while the ebb and flow of Not the One has a quality not unlike a rousing 1970s power ballad, with Frusciante deploying flute-like volume swells to enhance its retro-futurist aesthetic.

Frusciante’s tone is kaleidoscopic throughout, though there are moments where his recognisably sleek, clean Strat tone of yesteryear punctuates (She’s a Lover, Whatchu Thinking and One Way Traffic), and he delivers those quintessentially slick hammer-ons (These Are The Ways).

The guitarist colours his tone with dripping rotary tremolo on the mesmerising Veronica, laser sharp wah on the vivid Poster Child, plus some delicious lo-fi crunch.

Two of the record’s most memorable cuts sit near the album’s mid-section. The Great Apes finds Frusciante administering his fiercest, most ear-savaging outburst to date, while and It’s Only Natural’s three solo sections, building out from a delayed C sus bedrock, allow for a trio of radically different breaks: a stately clean-toned lead; a high-register spine-tingler; and painterly feedback that creates a ghostly texture.

While the record’s length may be an issue for some, with offerings like the clunky One Way Traffic not matching up to its strongest moments, Unlimited Love’s sense of joie de vivre leaves a glowing feeling in its wake. “When I’m with you, I feel like myself”, Kiedis sings atop album closer Tangelo’s delicate acoustic arpeggios. It’s tempting to read this as a reflection on the reforging of Red Hot Chili Peppers’ prime line-up. With Frusciante back in play, the California quintet have rediscovered a dynamism that exceeds that of bands half their age.

Unlimited Love is out now through Warner Records.