After surpassing expectations with their critically-acclaimed album Time Will Die and Love Will Bury It, Rolo Tomassi make a bold and confident return; doubling down on their core sound, while trimming the fat.

Rolo Tomassi have built something of a reputation for themselves over their 16 year career. Almost every feature, interview and review about them will make reference to their chaotic origins and impossible-to-pin-down style, present company included. That reputation is more than earned, but the reason we – and pretty much everyone else – harps on about it is because they have consistently defied expectations with each concurrent release.

Had someone told us what the future held for Rolo back when debut album Hysterics first melted our minds in 2008, we wouldn’t have believed it. Some may look at their progression and be left scratching their heads, but the secret to their success is simple; they’ve allowed themselves to grow at their own pace and nothing has ever been off the table.

“With every album that we do, the threshold for what we think is cool or interesting constantly changes,” Rolo’s guitarist Chris Cayford told Guitar.com in our recent interview. “Our influences and what we write are all so different. I don’t think we’ll ever have 10 songs that sound remotely the same at this stage.”

Four years ago, that sentiment was acutely felt with the release of Time Will Die and Love Will Bury It. Akin to a rebirth, it’s expansive 10-tracks changed the rules on what a Rolo Tomassi album could be, delivering a sound that was both familiar and completely new. It felt as if everything had been leading to that record; a culmination of all that had gone before. But this wasn’t the end of their evolution; it was the beginning of something definitive. 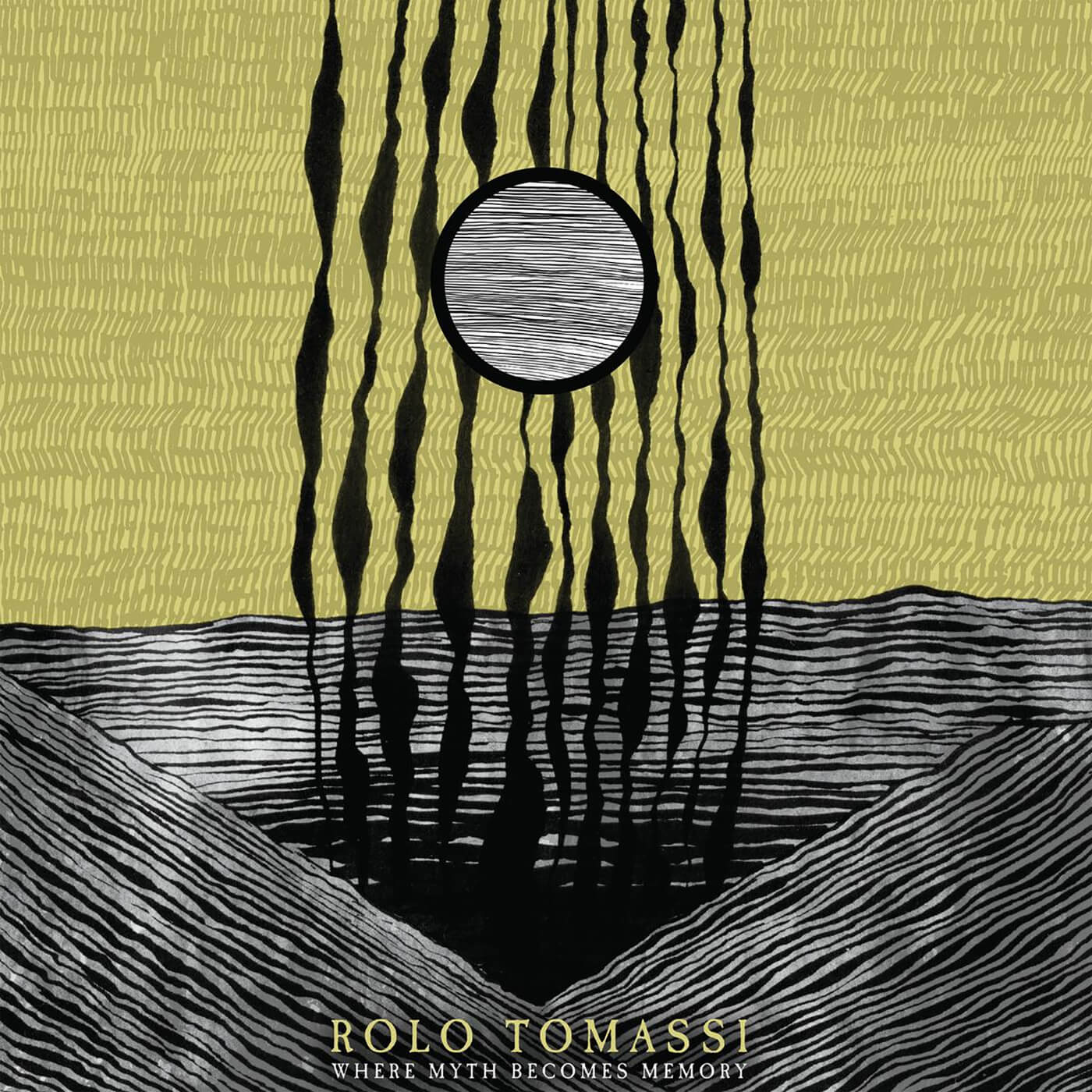 Opening with the six and a half minute Almost Always, Where Myth Becomes Memory starts on an grandiose, but bittersweet note. It’s an understated intro, one that lets Eva Korman’s vocals glide on a bed of reverb-soaked guitar. The dream-like quality of the track’s opening minutes gives way to subdued piano, as Eva asks “Are you listening to your heart? What happens when it stops? Are you waiting for a sign? A goodbye? What happens when you’re lost?” Exploding into a rapturous crescendo, it’s not long before feedback slowly ebbs from the speaker and lead single, Cloaked, takes over.

It’s a somewhat ‘safe’ track amongst the rest of the album, retaining most of the hallmarks of a Rolo Tomassi song, but lacking personality and focus. It is, however, a rare blip and from here on out, Where Myth Becomes Memory really comes into its own.

There’s a sense energy and skittish urgency that permeates throughout the record. Whether that’s in the delicate balance of Mutual Ruin, as it trades off dissonant guitars and fearsome vocals with sombre soundscapes and reflective lyrics, or in the giddy high that is the malevolent Labyrinthine, which bludgeons, soars and then bludgeons some more.

The menace is (briefly) cast aside and as the first delicate notes of Closer reach our ears, we’re reminded of Cayford’s comments surrounding Aftermath. It would be the closest thing to a pop song the band had crafted at that point; one that won them a host of new fans and, more importantly, changed the rules of what a Rolo Tomassi song could be. Closer is that sonic transformation at its peak, a ballad that has no right to work and yet it does.

From here on out, Where Myth Becomes Memory sets a relentless pace. The frenzied Drip echoes Decapitated’s Sphere of Madness, while Prescience’s rapid shifts from maze-like rhythms to haunted lead lines recall Ex Luna Scientia. The sinister Stumbling is a masterclass in atmosphere and restraint; displaying some of Spence’s finest progressions, before the record blows us away with To Resist Forgetting. This feels like the record’s colossal finale; a 4-minute behemoth that packs one hell of a punch, and that means the real finale, The End of Eternity, sadly suffers for it, and not even its triumphant second half can shake the feeling.

Where Myth Becomes Memory is not as expansive as Time Will Die… and that’s wholly in its favour. It’s immediate, intimate and every second earns its place. “There’s more confidence behind it,” says Cayford. “We’re not hiding behind experimenting or anything like that. It’s a band that knows what they want to sound like, they’re happy with what they write and are prepared to be that direct with it.” We couldn’t agree more.

Rolo Tomassi’s Where Myth Becomes Memory is out on 4 February 2022.