The North Shields Springsteen returns with an articulate and cathartic sophomore album inspired by bittersweet memories of his childhood.

Barely two years ago, debut album Hypersonic Missiles announced Sam Fender as the rarest of talents – a stellar young British guitarist who spoke to a modern pop audience while channelling his classic-rock idols and articulating the fear and fury of the UK’s working class. He did all of this without straying into the realms of righteous, ham-fisted social commentary and his popularity soared.

The facts spoke for themselves. That first album shifted nearly 50,000 copies in a week, smashing into the charts at No.1, landing a BRIT Award and earning slots supporting Neil Young, Bob Dylan and Liam Gallagher. Lazy critics began readying the ‘great white hope for British guitar pop’ tag.

Not that life has easy been easy for the 27-year-old, who fearlessly chronicled the tragic epidemic of young suicide, toxic masculinity and the crippling effects of poverty on Hypersonic Missiles. He’s confessed to mental health struggles of his own during lockdown, and the solution to a year of Covid shielding was to turn inwards for inspiration on his second album.

While Seventeen Going Under is not a great evolutionary leap sonically – these gritty, soaring blue-collar anthems will again draw inevitable comparisons to his hero Bruce Springsteen – Fender’s writing is vastly more nuanced as he probes the pain and pride of his upbringing in North Shields.

“This album is a coming of age story,” explains an artist who has battled self doubt and imposter syndrome throughout his burgeoning career. “It’s a celebration of life after hardship, a celebration of surviving. I think it’s fucking leagues ahead of the first one.”

It’s hard to argue. The celebration begins with the bridge-pickup jangle and cheery “wooah-ooahs” of the outstanding title track, the bright musical landscape contrasting the pictures Fender etches of his teenage years: “fist fights on the beach” and “drenched in cheap drink”, his adolescent rage “spiralling in silence”. 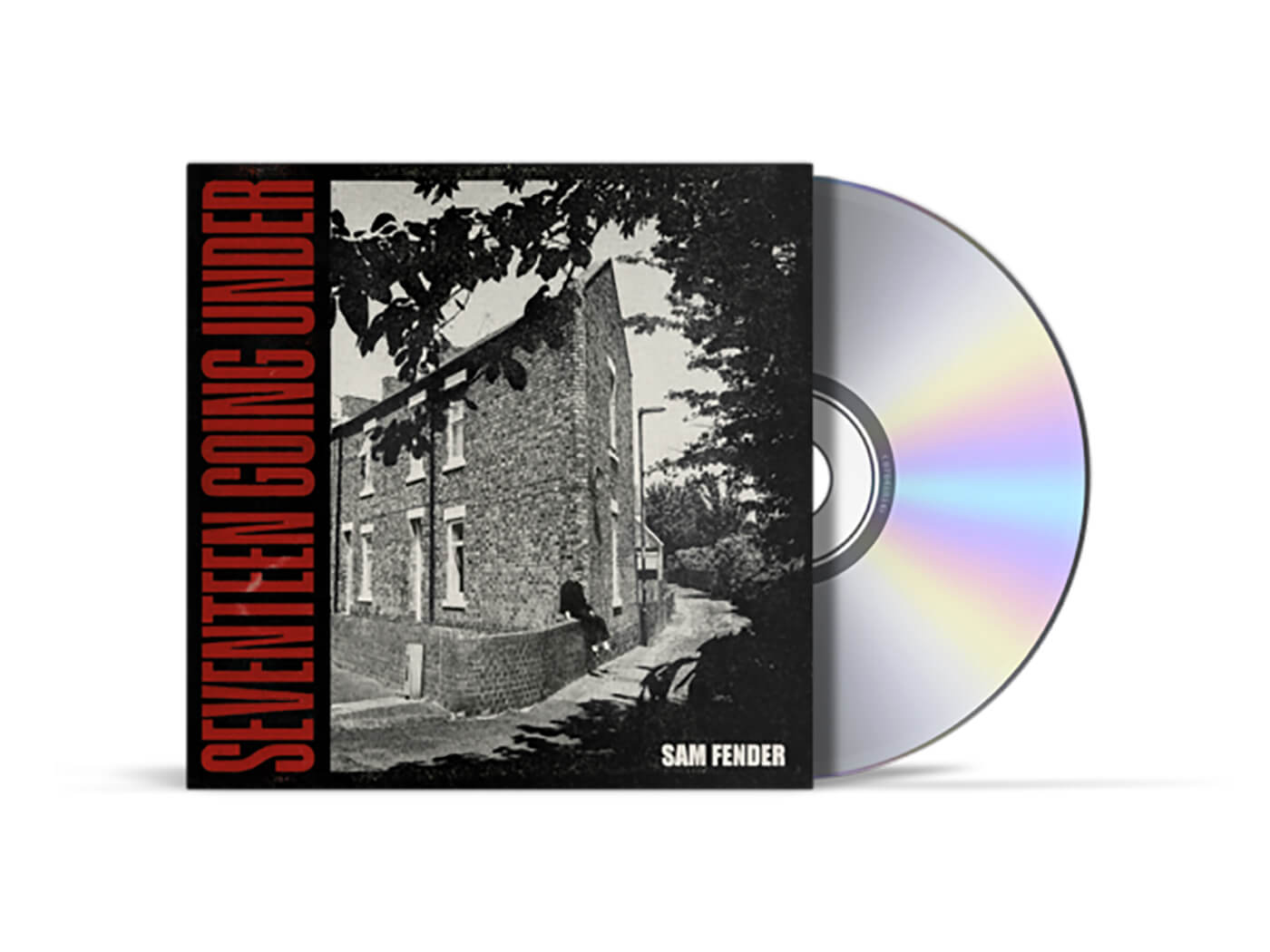 Getting Started is founded on the same motorik drive The War On Drugs have taken ownership of, the emotive potency of Fender’s vocal redolent of Brandon Flowers’ exploration of small-town American life on The Killers’ Pressure Machine album. It’s radiant and hopeful, the rich chords framing Fender’s teenage desperation to help his mother, “floored by the letters and the council rigmarole”. It melts into a brief, tantalising coda of heavenly lyrical soloing, reminding us the Jazzmaster-toting Geordie is not just a sharp observational writer, but a pretty handy guitarist to boot.

There are moments, too, in which he widens his scope to rail at global injustices. Aye is extraordinary. A wiry one-note riff nags away as Fender’s focus flits from the Lennon and Kennedy assassinations to Jeffrey Epstein’s sickening abuses and atomic bombs falling on Japan. Finally, he alights on the current shitstorm in Britain, where abandoned working-class communities are courted by populist politicians. “I’m not a fucking liberal anymore, I’m not a fucking anything or anyone,” he rages, returning to the theme on the cinematic Long Way Off, orchestral embellishments soaring skywards as he sings “I heard a hundred million voices sound the same, both left and right”.

Johnny ‘Bluehat’ Davis again channels Springsteen saxophonist Clarence Clemons, providing spirited accompaniment to Get You Down, as Fender’s insistent chords and graceful strings unite to elevate a stirring chorus purpose-built for festivals. Spit Of You is emotionally raw, ringing 12-string arpeggios, expressive sax lines and a glinting mandolin joining Fender as he outlines his inability to talk to his father. Watching his old man as his grandmother dies, he reflects “one day that’ll be your forehead I’m kissing”.

On the stately, piano-led Last To Make It Home, Fender sees an apparition “of glimmering silver in sunken eyes” before beholding his own image, “godless and wrecked”. It’s a sumptuous, pained piece of storytelling, and when the guitar solo is finally unleashed, teetering on the edge of molten feedback, it’s scintillating. The Leveller is pushed towards a similarly exhilarating conclusion, shrieking bends climbing the fretboard, Fender an icon for the disaffected as he urges “don’t you let it get you/ don’t fall in the mire”.

On final track The Dying Light, Fender revisits the heart-cleaving sadness of Dead Boys from his first album, wrestling with suicidal thoughts of his own. He sounds decades older than 27, borrowing from The Boss as he laments “this town is a world of waifs and strays, comedy giants, penniless heroes”. The stark monochrome scene evaporates as the song pivots and becomes triumphant, the band powering into a rousing outro and Fender finding beauty as he roars: “I’m damned if I give up tonight, I must repel the dying light. For mam and dad, all my pals, For all the ones who didn’t make the night”.

That he finishes with such defiant optimism after baring his soul so exhaustively is admirable. Sam Fender’s second album finds him singing of “trying to be better” before admitting that “I fall at every hurdle”. Well, not this time he hasn’t. Seventeen Going Under is a superbly written and brutally honest collection of songs that will only elevate his growing status.

Sam Fender’s Seventeen Going Under is out now.