The unflinchingly honest 20-year-old Londoner has been riding a wave of hype for nearly a year now, but her debut album confirms she’s a rare talent who smashes even these lofty expectations. 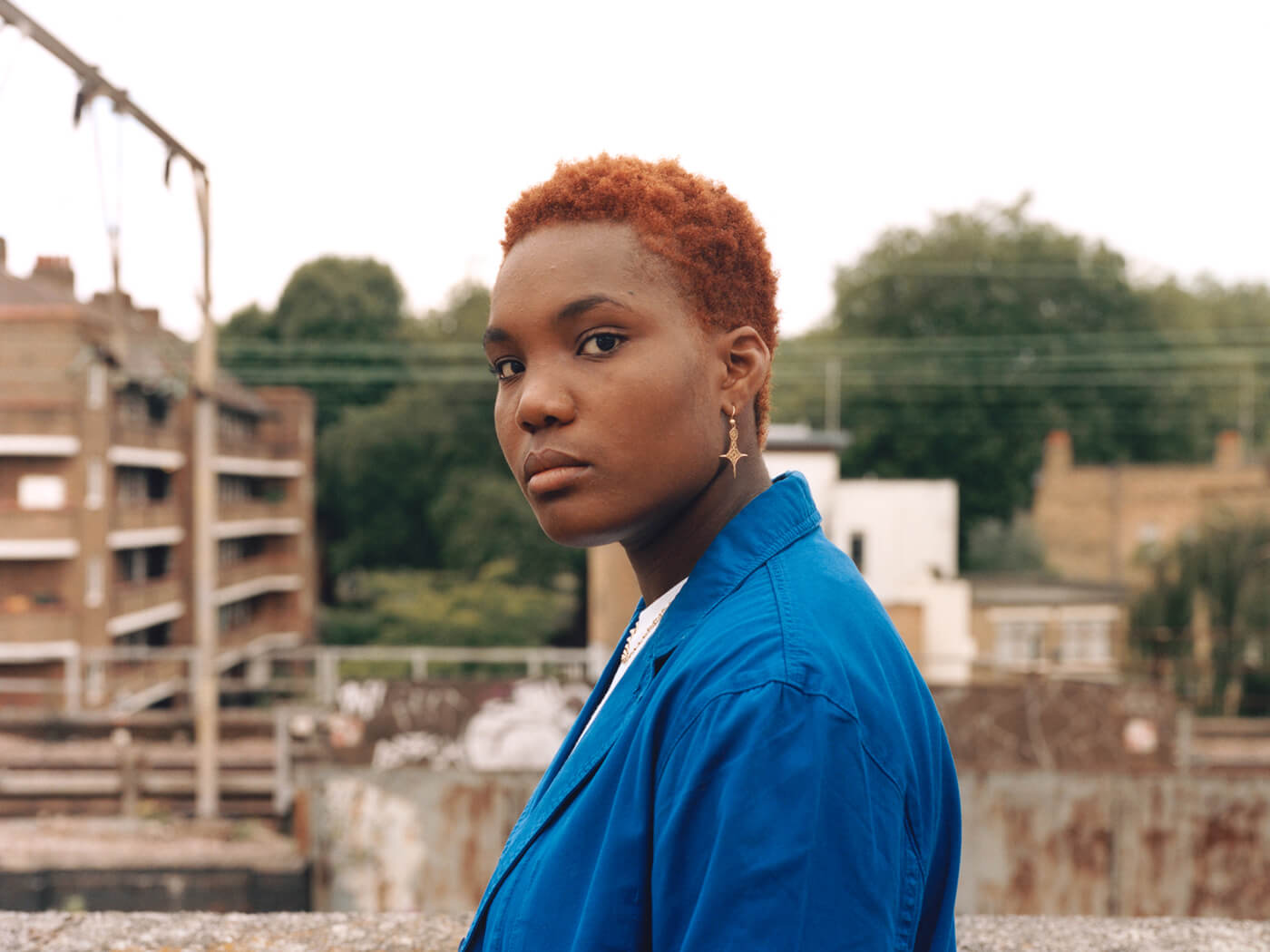 A sublime debut of accomplished observational writing adorned by some refined guitar playing. An early call for this year’s Mercury Prize shortlist

Even in the self-isolated depths of the latest COVID lockdown, you’d have to go a good distance out of your way to avoid the noise surrounding Arlo Parks’ full-length debut. BBC Introducing’s Artist Of The Year has been inescapable in the lead-up to the release of Collapsed In Sunbeams, with admirers including Phoebe Bridgers, Billie Eilish, Angel Olsen and Michelle Obama to name but a few.

Not that the 20-year-old, real name Anaïs Oluwatoyin Estelle Marinho, asked for such weighty expectation to be hoisted upon her young shoulders. Regardless, Collapsed In Sunbeams fully justifies the confidence of indie tastemakers Transgressive, the same label who discovered Foals and Let’s Eat Grandma.

Co-written with producer Gianluca Buccellati, this is a balmy, sun-flecked treasure of a record to be admired for the quiet lyrical brilliance that trips off Parks’ tongue in a hushed soft-vowelled London timbre. Her ability to spin relatable tales from deeply personal issues such as body image, sexuality and the anxiety of turning 20 in a capital city ravaged by COVID is astonishing. One of her characters is drawn “wearing suffering like a spot of bling” and later she’s “dodging gravestones… spiralling in bathrooms, tile on cheek”. In her own words, Collapsed In Sunbeams is both “universal and hyper specific”.

With writing influences including Bob Dylan, Elliott Smith and Pörtishead, such pedigree is evident in the everyday vignettes Parks elevates with finely crafted dialogues and canny observations. In her youthful hands, the seemingly mundane flares thrillingly to life. Here are tales of friends battling depression in teenage bedrooms, couples arguing in the queue for the number 39 bus and traumas of the heart played out in Taco Bell.

A seemingly effortless lightness of touch reigns from the first seconds of the titular spoken word opener. Accompanied by a gently fingerpicked two-chord acoustic arpeggio, Parks sets out her stall with sharp-eyed finesse, “Stretched out, open to beauty, no matter how brief or violent, ablaze with joy, sleepy eyed”.

Along the way, her dexterous wordplay is matched by laudable fleet-footed guitar playing, its refinement thriving in the shadows as Parks and her band skip fluently between genres. Against a luscious backdrop of blissful neo-soul, R&B, hip-hop and loping breakbeats, the mood is one of enduring hope and empathy amid the existential gloom. “Just know, it won’t hurt so much forever,” she promises on Hurt over a lazy stuttering beat, breathing faith into the ear of a nation on its knees, then countering “wouldn’t it be lovely to feel something for once?”. A delectable octaved glissando riff and shades of dreamy woodwind add to the feeling of illusory positivity. 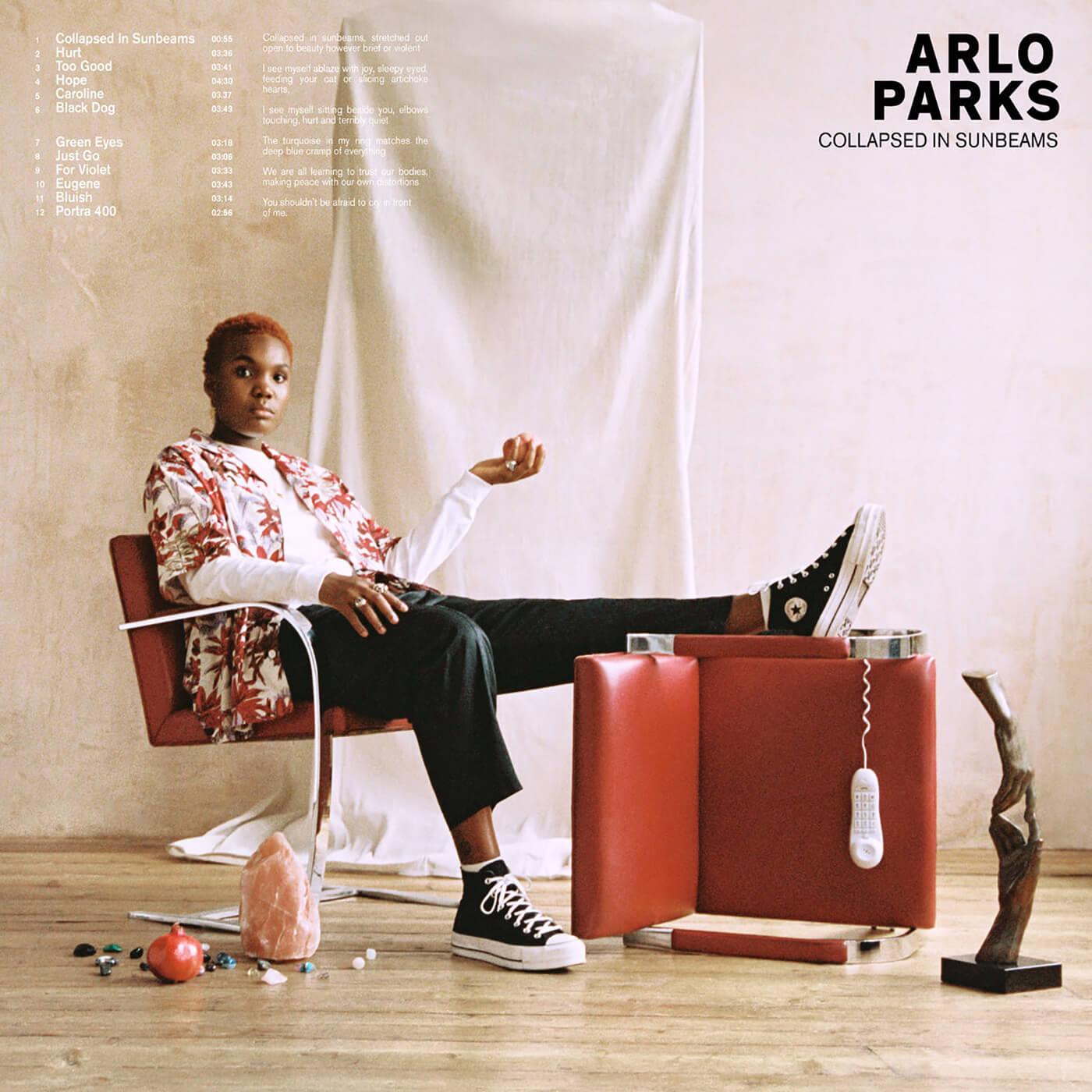 That sanguine air is reinforced on Hope, as Park offers “You’re not alone like you think you are, we all have scars, I know it’s hard”, the sentiment coloured with jazzy notes treated to a coating of short delay. The breathy confessions in the song’s softly spoken breakdown are elevated by a graceful tremolo-picked texture.

Funky syncopated chords carry Too Good, before the album’s outstanding moment, the instantaneous classic Caroline, one of four singles released from Collapsed In Sunbeams and a piece of rare observational brilliance. Parks plays the onlooker at a bus stop melodrama between a feuding couple: “strawberry cheeks flushed with defeated rage, then he spilt his coffee as he frantically explained”. A mesmeric arpeggio lifted straight from the Greenwood and O’Brien textbook circles enticingly around the conflict scene.

That Parks can follow that piece of narrative excellence with the equally strong and sadly sweet Black Dog – the song that made her name when it was released last year –  is an indicator of the depth of her writing gift. Over deliberately plucked nylon strings and heavenly pitch-shifted atmospherics, she notes dryly “I’d lick the grief right off your lips, you do your eyes like Robert Smith”. As the title suggests, it’s a deep dive into depression, chronicling the referred pain of watching a loved one suffer, and it’s quite brilliant.

A plunging slide part, shrouded in reverb, whirls around Parks’ languid vocal on Eugene, a deftly constructed tale of teenage anguish and unrequited love. “You read him Sylvia Plath, I thought that was our thing,” she sighs.

As these stories unfurl, the instrumental palette remains refreshingly varied. Crackling analogue noise and a dubby trip-hop beat speak of Parks’ love of the Bristol sound on For Violet and Bluish shimmers with Afrobeat inflections, as our narrator pleads for space and conjures the disturbing image of a lover who “smothered me with fake blood and ginger around your throat”.

Final track Portra 400 epitomises the cathartic hope pouring from this young wordsmith’s pen as she ends the album “making rainbows out of something painful”, and that’s what this dazzling debut is all about. Arlo Parks has peered deep into the cracks of the splintering reality around her and found illuminative beauty and faith in the soul of the nation. It’s an outstanding achievement.