Newly settled in domestic contentment, Bill Callahan produced one of his strongest albums to date in 2019’s Shepherd In A Sheepskin Vest. Just a year later, this masterful raconteur returns with 10 hit singles new and old. 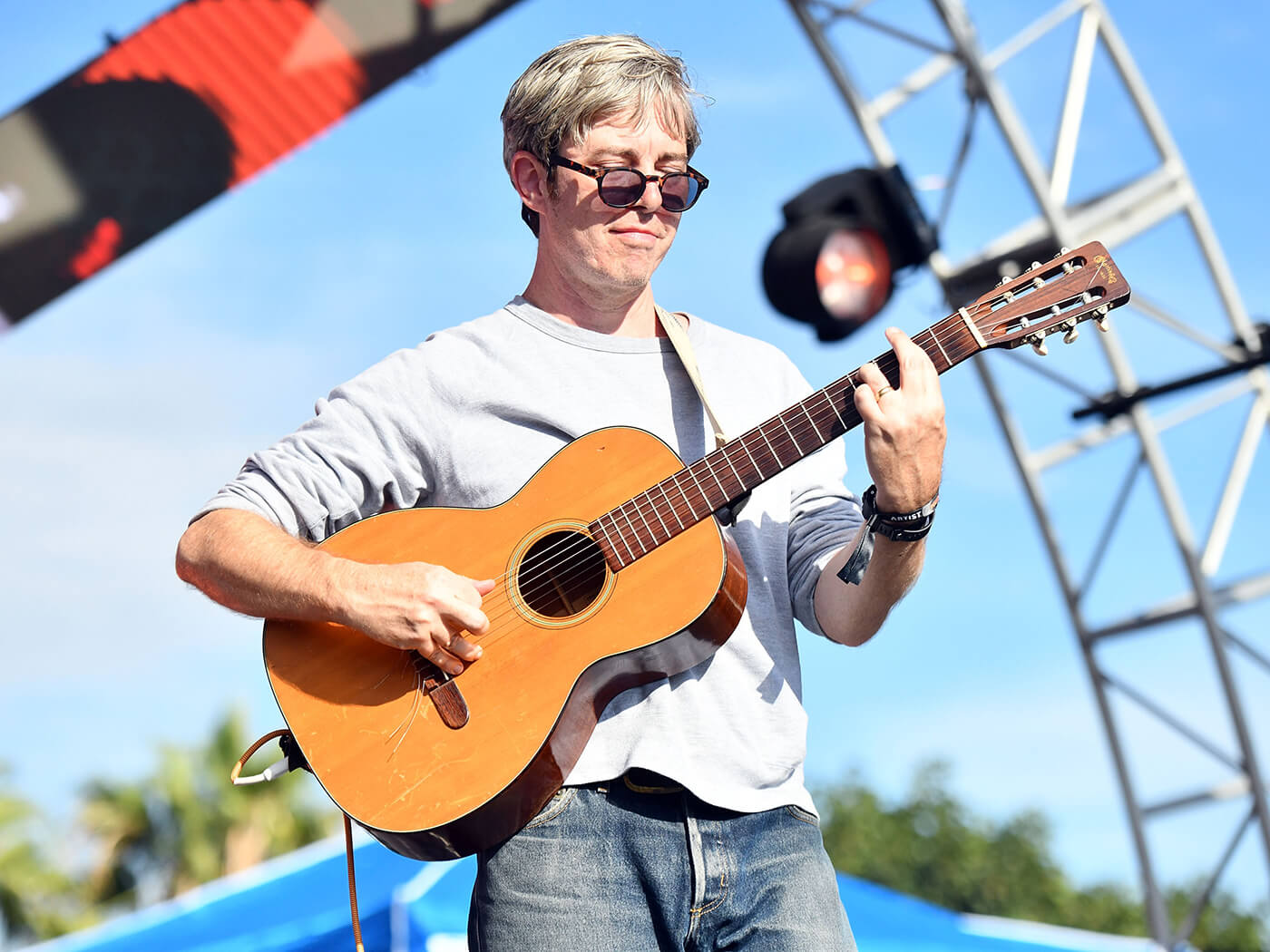 A collection of leftovers this is not. Gold Record finds Callahan at the top of his game, producing some of the sharpest writing of his exceptional career.

After a five-year hiatus that had us worried we might not hear any more from arguably the most articulate folk chronicler of our generation, a second album in 15 months arrives from Bill Callahan, the artist formerly known as Smog.

Gold Record is billed as a collection of 10 hit singles new and old, polished up from a trawl through Callahan’s notebooks as he prepared to tour 2019’s excellent Shepherd In A Sheepskin Vest; many of the tracks pre-date that record. Let’s Move To The Country is the oldest, a Smog song from 1999’s Knock Knock updated here with its weighty blanks filled in: “let’s start a family, lets have a baby,” Callahan concludes, finishing a sentence left tantalisingly open for 21 years.

Shepherd In A Sheepskin Vest, one of the strongest entries in a catalogue now stretching to 17 releases since 1990, found a newly contented Callahan deftly detailing the bucolic rhythms of family life. As he so adroitly put it on Son Of The Sea, “the panic room is now a nursery”.

Here, Callahan’s deadly dry sense of humour, spoke-sung baritone and exceptional character writing is equally sharp and sage on a more accessible record that serves as an ideal primer to those who have slept on Callahan’s high-art articulation thus far. Other than on Breakfast (“I drink so we don’t fight, she doesn’t drink so we don’t fight), the focus is less on the micro detail of Callahan’s own family life, his observational gifts to the fore as he finely sketches a series of characters – some familiar, others less so.

Gold Record’s opener, Pigeons, begins with tape hiss, a simple fingerpicked arpeggio and the boldly inaccurate claim, “Hello, I’m Johnny Cash”. The longest track on the album is an exquisite yarn, touching, clever and full of subtly deployed life lessons delivered to a pair of newlyweds by a humble limo driver, “the angel of the wedding” as Callahan describes him. It’s an utter delight, an unhurried piece assembled by a master storyteller, with a lone trumpet occasionally piercing the quietude.

“When I see people about to marry, I become something of a plenipotentiary…” our narrator notes, before dropping off his passengers at a “fancy dancy boutique hotel” and signing off “sincerely L. Cohen”. Joking aside, Callahan is entirely deserving of mention in the same breath as the totemic songwriters he namechecks. 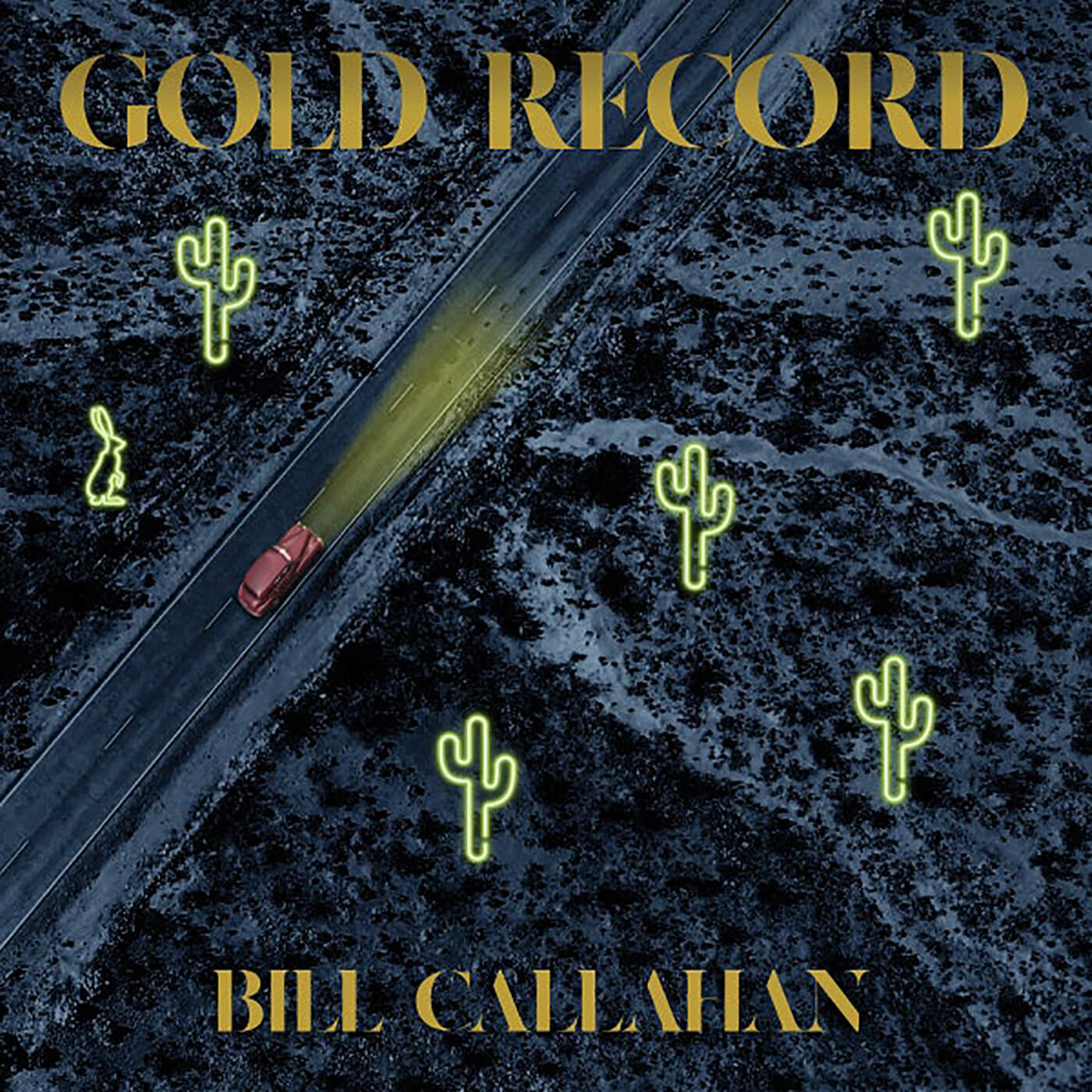 Guitarist Matt Kinsey has embellished the dusty corners of Callahan’s rootsy compositions for nigh on a decade now, and his illuminating contributions are something to savour throughout Gold Record. The almost sprightly acoustic strumming of Another Song is dotted with Kinsey’s beatific silvery shards of electric guitar, high up the neck, and aching Bigsby bends, complementing a typically urbane Callahan observation of being “lonesome in a pleasant way”.

On 35, big raking chords skulk around the fringes of the picture without ever demanding full attention as Callahan intones softly, “With the fact of the sun comes the fiction of the moon/ the moon can make a false love feel true/ it can make me still wanting you”.

Kinsey decorates Protest Song, too, reaching into a soundscaping toolkit of volume swells and icy, reverb-bathed slide playing as Callahan takes aim at an unnamed protest singer he spots on late-night television, asserting his seniority and threatening with tongue in cheek, “Step aside, son/ you gonna get hurt” and “Somebody must stop these boys, messin’ with a man’s toys”.

Other legendary musical figures crop up on Gold Record. Ry Cooder (“Remember those licks he played on chicken skin?”) is granted a whole song. It’s charmingly unpolished, as Callahan pays tribute to a legendary player “so laid back and exact in his attack of the discipline”, continuing deliciously “English rockers, all their money goes up their nose/ while Ry just smiles and tries another difficult yoga pose”.

While this is by and large a warmer-toned, more inviting record than Shepherd In A Sheepskin’s Vest, reminders of the Smog man’s previously infamous misanthropy remain. On The Mackenzies, a story of neighbourly kindness, Callahan luxuriates in his solitude. It’s wholly identifiable. “I’m the type of man who sees a neighbour outside and stays inside and hides,” Callahan admits, Kinsey’s shimmering tremolo-picked lead playing a dreamy counterpoint.

“I travel, I sing, I notice when people notice things,” Callahan sums up on the closing As I Wander, neatly under-selling his remarkable literary powers. Gold Record is the work of a consummate storyteller, learning to be comfortable in his own skin and writing with all the wit, craft and unshowy brilliance we’ve come to expect. Two albums in as many years suggests Bill Callahan may have entered another another golden period.