The Big Listen: Bright Eyes – Down In The Weeds, Where The World Once Was

After nearly a decade’s absence Conor Oberst has got the band back together. The first Bright Eyes album since 2011 is an unflinching exploration of grief, loss and keeping on keeping on as life crumbles around you. We’d expect nothing less. 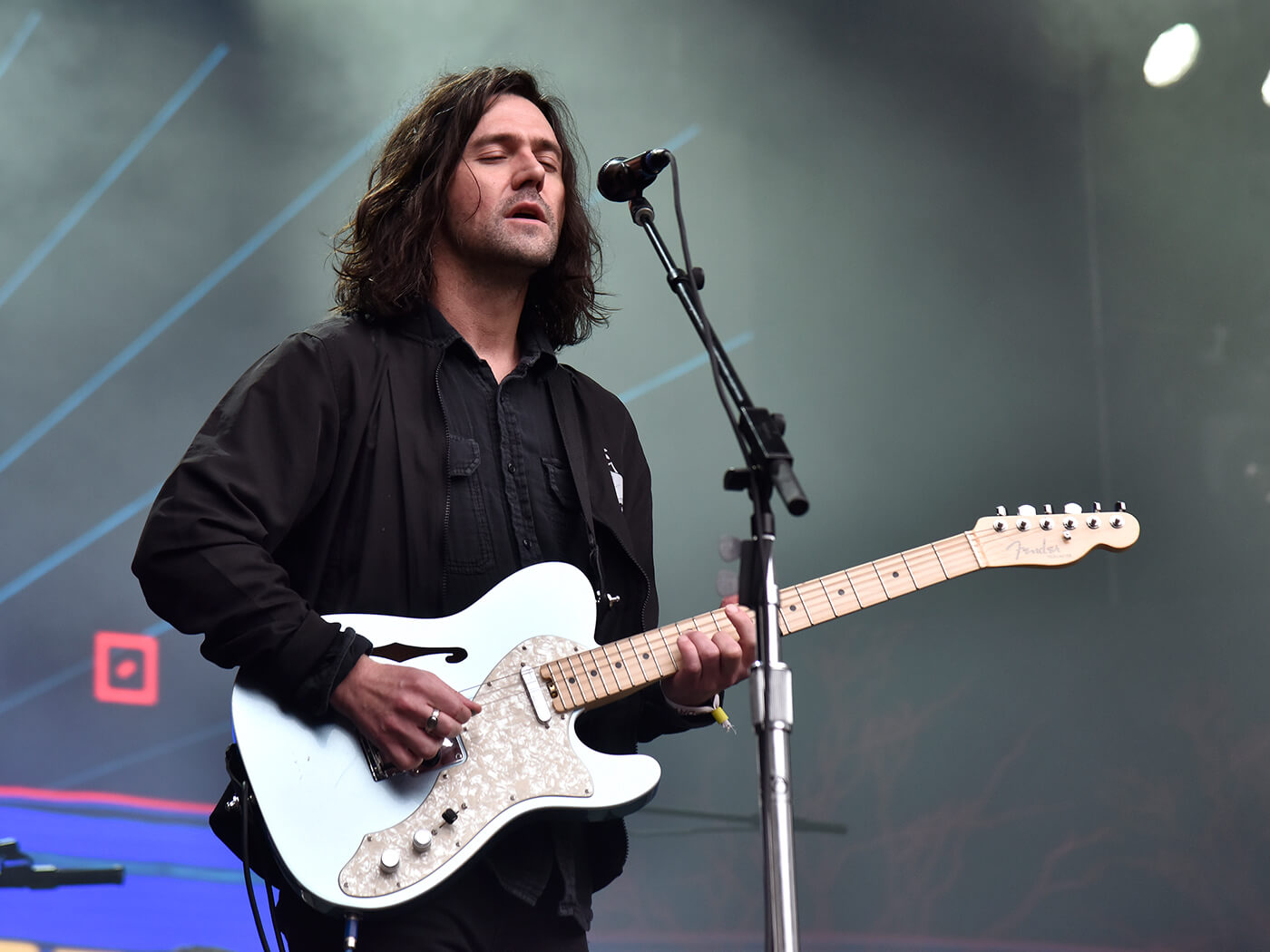 A record informed by personal tragedy, Down In The Weeds, Where The World Once Was is powerful, affecting and majestic in its lush orchestration. A career highlight.

Not many albums start with a live recording of the bandleader’s mother tripping on magic mushrooms. But then Bright Eyes‘ first release in nine years is extraordinary in innumerable ways.

Firstly, it’s a brilliant, stirring record, set against the backdrop of a seething, fractured global picture, but concerned chiefly with an unswerving dissection of personal grief, bereavement and divorce. It’s also remarkable for the number of guest contributors joining Conor Oberst, Mike Mogis and Nate Walcott – most notably Red Hot Chili Peppers bassist Flea and drummer Jon Theodore of The Mars Volta and Queens Of The Stone Age. It’s hard to think of another Bright Eyes record where Oberst’s tremulous vocal was cloaked in such expansive arrangements, the palette he paints from closest to 2007’s Cassadaga. But bigger. Other than a couple of skilfully deployed solos, guitars are largely a subtle part of the swell, as strings sweep with sorrowful majesty and horns add grandeur; heck there’s even a bagpipe solo.

Among the less famous figures making cameos are Oberst’s mother Nancy and his now ex wife Corina, on the album’s instrumental opener, Pageturner’s Rag – maintaining a Bright Eyes tradition. It features an old ragtime piano and trumpet number alongside shards of askew scripted field recordings captured at Oberst’s Omaha bar. Nancy is, so the story goes, under the influence of psilocybin as we hear her asserting, “What people need right now… They need to feel like there’s something to look forward to. We have to hold on.”

That, in a nutshell, is the mantra that emerges from Down In The Weeds, Where The World Once Was, the first Bright Eyes release since 2011’s exploratory The People’s Key: absorb every punch life can land on you and press on.

Since The People’s Key, Oberst has made three solo records, as well as one with kindred spirit Phoebe Bridgers as Better Oblivion Community Center and a second political-punk collection with Desaparecidos. He’s also turned 40, got divorced and suffered a devastating human tragedy that casts a shadow across this whole record.

Oberst’s brother Matthew died in his sleep in 2016, aged 42, and the songwriter’s attempts to come to terms with that loss are most overt on the outstanding, technicolour Mariana Trench, when he sings “Look up at that big wave/ look down at your other brother’s grave”. On Tilt-A-Whirl, he recalls a night terror in which “My phantom brother came to me, his backlit face was hard to see, I couldn’t move, I couldn’t scream”.

It’s tough going. Yet on the defiantly positive Dance And Sing, Oberst, accompanied by the pulsing tremolo of a lone guitar, affirms “Gotta keep on going like it ain’t the end/ gotta change like your life is dependent on it”. Strings, lap steel and choral evocations enter the picture as it becomes one of the most anthemic, positive songs in the catalogue of a man who has forged a career out of vividly documenting the copious shades of black in his life. 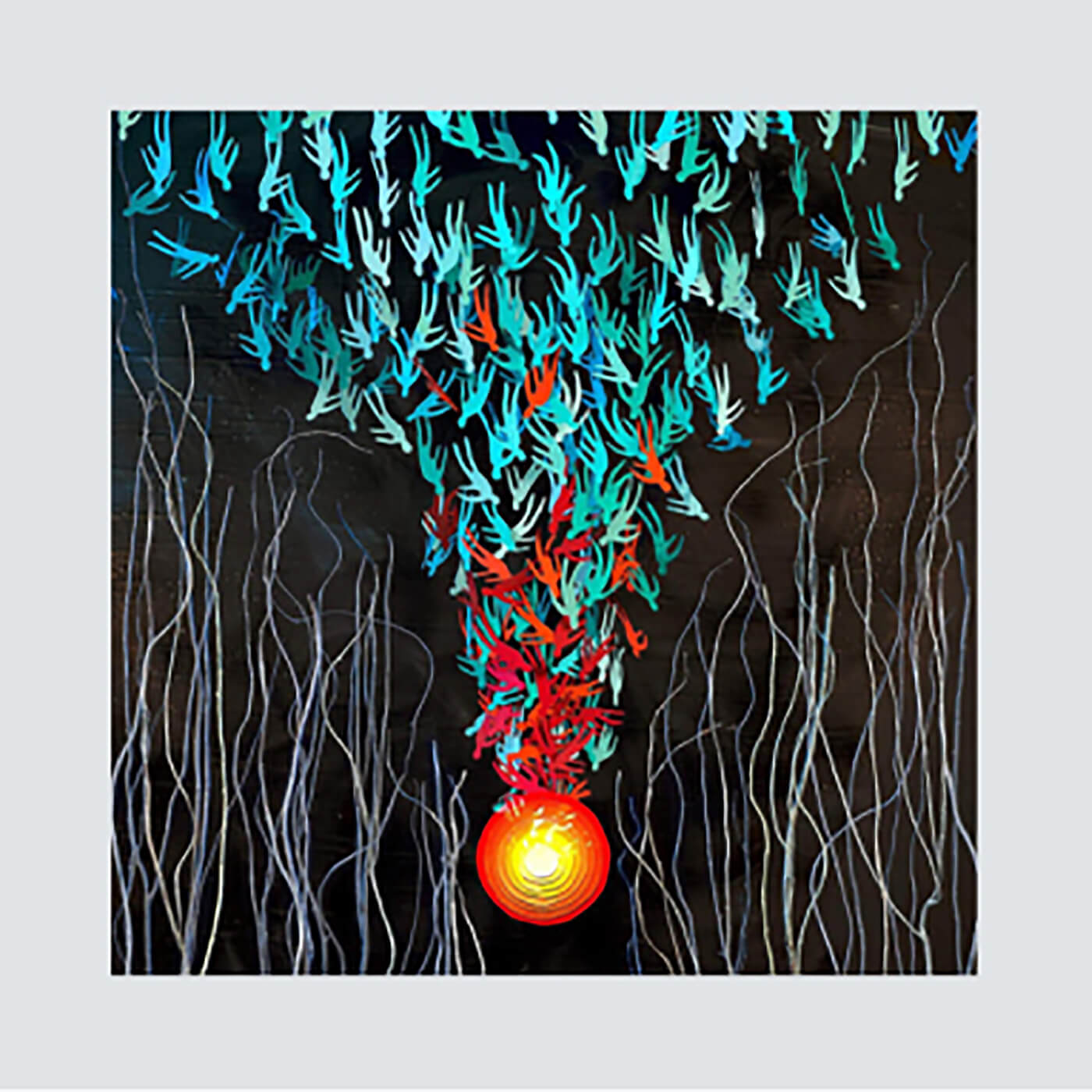 Stairwell Song reads like a letter to Oberst’s “kind, existential and refined” brother, a slideshow of affectionate memories triggered with relentless candour. “I was wild, with your sly renegade smile, perfectly dishevelled style, what a waste/ I regret it to this day,” Oberst sings, and your heart aches for him. When he asks at the denouement, “what happened? You liked cinematic endings”, a beatific wave of strings carries the song away to its conclusion, a perfect finish itself, and a smart meta aside.

Oberst continues to pick at his open wounds across the 14 tracks here, but like the orchestration, the writing is nuanced and multifaceted, the focus not always on the intensely personal. Persona Non Grata is a stately waltz-time Dylan-esque wonder, a cavalcade of images of Tiananmen Square, valleys of bones and the prophet Ezekiel spilling from his pen.

To Death’s Heart (In Three Parts) is quite stunning, Oberst trying to make sense of “bodies in the Bataclan, music in the air” before freaking out poetically as he seeks the comfort of his brother and realises he’s gone: “All these same fears, year after year, all the old ones reappear, the only difference is you’re not here”. Just in time to puncture the air of solemnity, a brilliant, brief spiralling solo shimmers into view and plays us out.

The most exhilarating guitar moment on the album is saved for the urgently remorseful break-up song Calais To Dover, a dulcimer raking dreamily through the choruses as England’s white cliffs loom into view. Midway, the song shimmies into a roaring classic-rock solo, climbing the neck with big wobbling bends before crashing back into a pleading verse: “Now that you’re gone, tell me you understand my love, tell me what’s wrong, make a list of what you lost”.

It would make a fine finish to the album, but that honour goes to Comet Song, a steadily building treasure that cocks a quizzical eye at the whole increasingly unstable mess we’re all trying to navigate. Conor Oberst has been charting his own struggles for 25 years now and at the pivotal age of 40 he’s been hit with enough trauma to inform a dozen more albums. Still, as the old cliché goes, it’s not what happens to you in life, but how you respond, and on Down In The Weeds, Where The World Once Was Oberst emerges, bruised, shaken, but better than ever.

This is a seamless return and a classic Bright Eyes record: traumatic, melodramatic, honest, absorbed by its own grief, but bigger and more intricately shaded than arguably anything they’ve done before.