The Big Listen: Bush – The Kingdom

Massive in America yet often overlooked in their homeland, Bush have released seven albums of earnest heavy-riffing rock that tugs at the heartstrings. On their eighth, Gavin Rossdale is feeling at the peak of his creative powers. 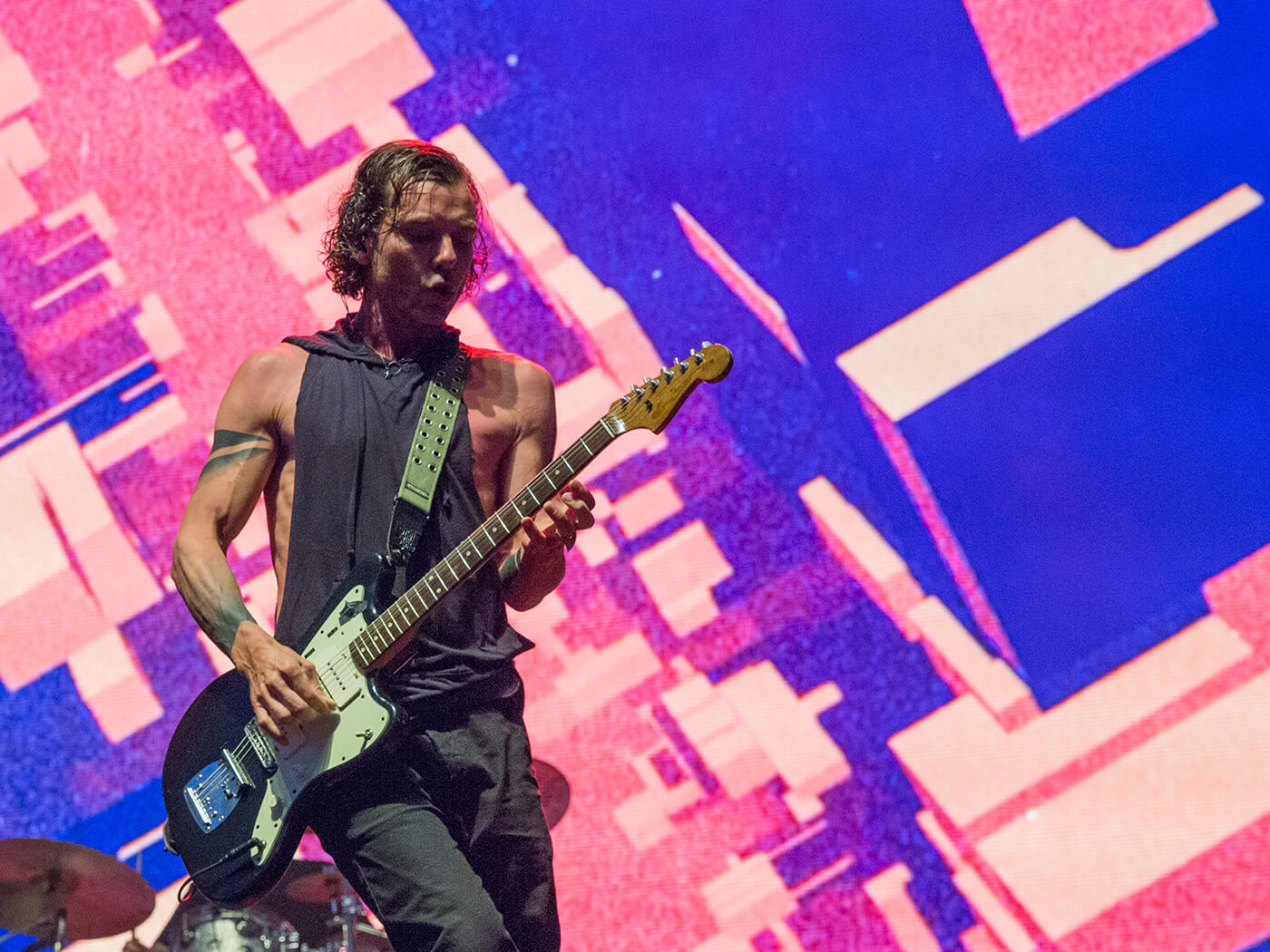 A sharper, more focused record than 2017's Black And White Rainbows, packed with hard-hitting riffs and memorable choruses. The Kingdom is let down by a weak set of lyrics, though.

“I consistently feel underrated,” Gavin Rossdale declared on the eve of the release of Bush‘s eighth studio album, The Kingdom. There’s a sense that a band little loved in their native UK, yet embraced in the US where they’ve sold 20 million albums, feel they’ve never been given a fair crack of the whip. “I’m on the playing field of my life right now. I’m at the driving wheel of my creativity,” the frontman and former The Voice judge continued, sailing dangerously close to Spinal Tap territory.

To give Rossdale due credit, The Kingdom is something of a return to form. It’s a consistently more taut and well-honed record than 2017’s Black And White Rainbows, which often felt like an overreaching and overly long stab at mainstream chart success by way of an excursion into electro-tinged pop-rock, polished to within an inch of its life.

By contrast, The Kindgom comes out swinging, a strident assault of crunching distortion and a barrage of riffs recalling career highlights Sixteen Stone (1994) and Razorblade Suitcase (1996). It’s muscular post-grunge with a tendency towards full-blown metal, Rossdale’s love of 90s contemporaries such as Pearl Jam, Deftones and Tool overt, with some of those driving riffs not dissimilar from Matt Bellamy‘s early Muse catalogue.

The band’s original and excellent guitarist Nigel Pulsford is no longer around, having departed in 2002, yet former Rival Schools man Chris Traynor and Rossdale do an impressive job here, unleashing an arsenal of serrated riffs that are never allowed to stray into wanton excess. And Rossdale’s knack for writing a killer melody endures – this is a man, after all, who enjoyed 18 consecutive Top 40 hit singles on the Modern Rock and Mainstream Rock charts in the US, six of which went to No 1.

The Kingdom‘s lead single, Flowers On A Grave, is a strident opener, electronic drums and a chugging powerchord rhythm breaking into an emotive chorus where, with suggestions of Auto-Tune, Rossdale confesses “the sadness is the emptiness”, an early indicator that he’s been unlucky in love since we last heard from Bush three years ago.

The title track begins with a similarly punishing guitar phrase and clattering toms, but lyrically its shaky, Rossdale observing mystically that “oppression lives in the mind of oppressor, Don’t hide, we are the sons of the earth-made mothers”. An enlivening tremolo-picked lead part underpins its rallying cry of “Hey people, just soldier on”, 80s hair metal harmonies joining the wash for an emphatic finish. 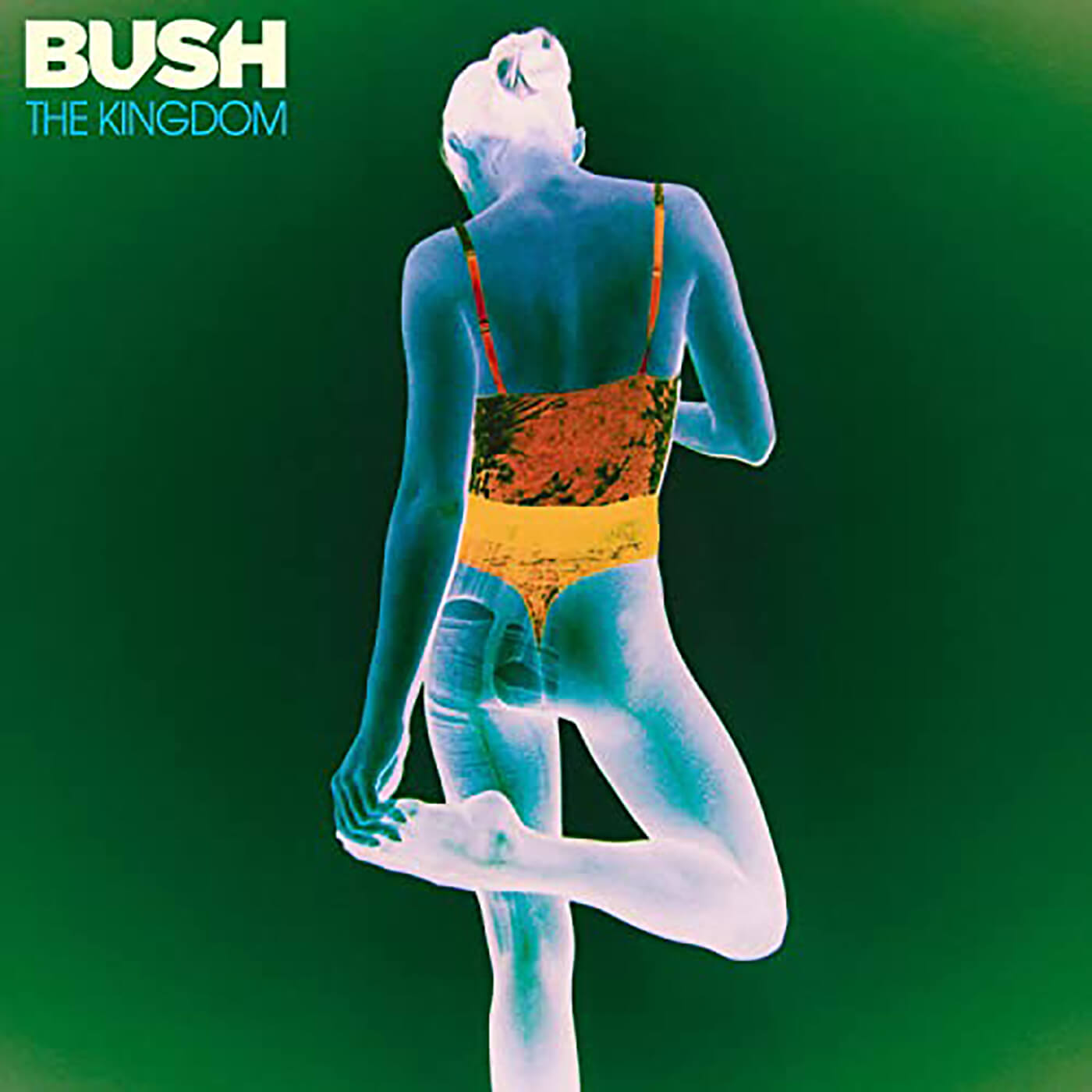 Bullet Holes, written with composer Tyler Bates for the Keanu Reeves movie John Wick: Chapter 3 – Parabellum, finds Rossdale “on a highway walking across America”, navigating somewhat bizarrely “race wars, star wars, planet wars, mind wars” toeach his love. The song provides evidence of Rossdale’s weakness for a lazy cliché: “Sweat staining my blue suede shoes… trying to find ways to get to you”. The fact that it’s a hugely infectious tune and contains the best solo on the album, brief and bathed in wah, is disappointingly undermined by lyrics which border on inane.

Ghosts In The Machine, Send In The Clowns and Blood River, though, are winning evidence of a writer who, after nearly 30 years honing his craft, knows his way around an explosive chorus.

“I feel like we’ve always had to work for what we have,” says Rossdale of that longevity. “We don’t take anything for granted. We’ve never had any kind of particular free ride. That’s a healthy thing.”

On We Are Quicksand, its insistent hook bathed in fuzz, Rossdale is again painfully honest about his romantic struggles. “It encompasses my present inability to find a lasting significant other,” he admits of the song. You almost want to give him a hug, while wincing slightly at the naked candour on display as he opines: “I can’t seem to keep my mind off you, can’t seem to settle down/ can’t seem to stop this movie, can’t seem to find your town”.

The band stretch out on the album’s longest song, Undone, an emotive arena ballad with a nagging palm-muted rhythm, sparkling clean notes and snatches of reverse guitars, our lovelorn narrator “Undone in a thousand places, undone from you”.