The Big Listen: Diet Cig – Do You Wonder About Me?

New York duo grow up on sophomore album of heartfelt pop-punk anthems to fall in love with.

Released in 2017, Diet Cig’s debut album, Swear I’m Good At This, was a 30-minute ode to teenage angst, growing pains and unyielding disappointments of the heart. Here was a band who understood the slings and arrows of modern life, a thrilling live act whose name you could Tipp-Ex onto your pencil case, their commitment to emotive grunge-pop unswerving.

Three years on, after a move from their home town of New Paltz in upstate New York to Richmond, Virginia, Alex Luciano and Noah Bowman return, closing in on their mid-20s, with album two. So, is Do You Wonder About Me? resultantly a more nuanced record with broader thematic horizons? Well, no, not really, but that’s not the point.

“We spent a lot of time after the first record growing as people,” says Luciano reflecting on a break from touring that enabled a more patient recording process. “Being humans outside of tour for a little bit, and trying to shed the imposter syndrome.”

Do You Wonder About Me? is for the most part the duo’s ‘ode to growing up’, a series of impassioned diary entries about realising that whatever life throws at you, and whoever you turn out to be, you’re just fine as you are. An experimental departure it is not. 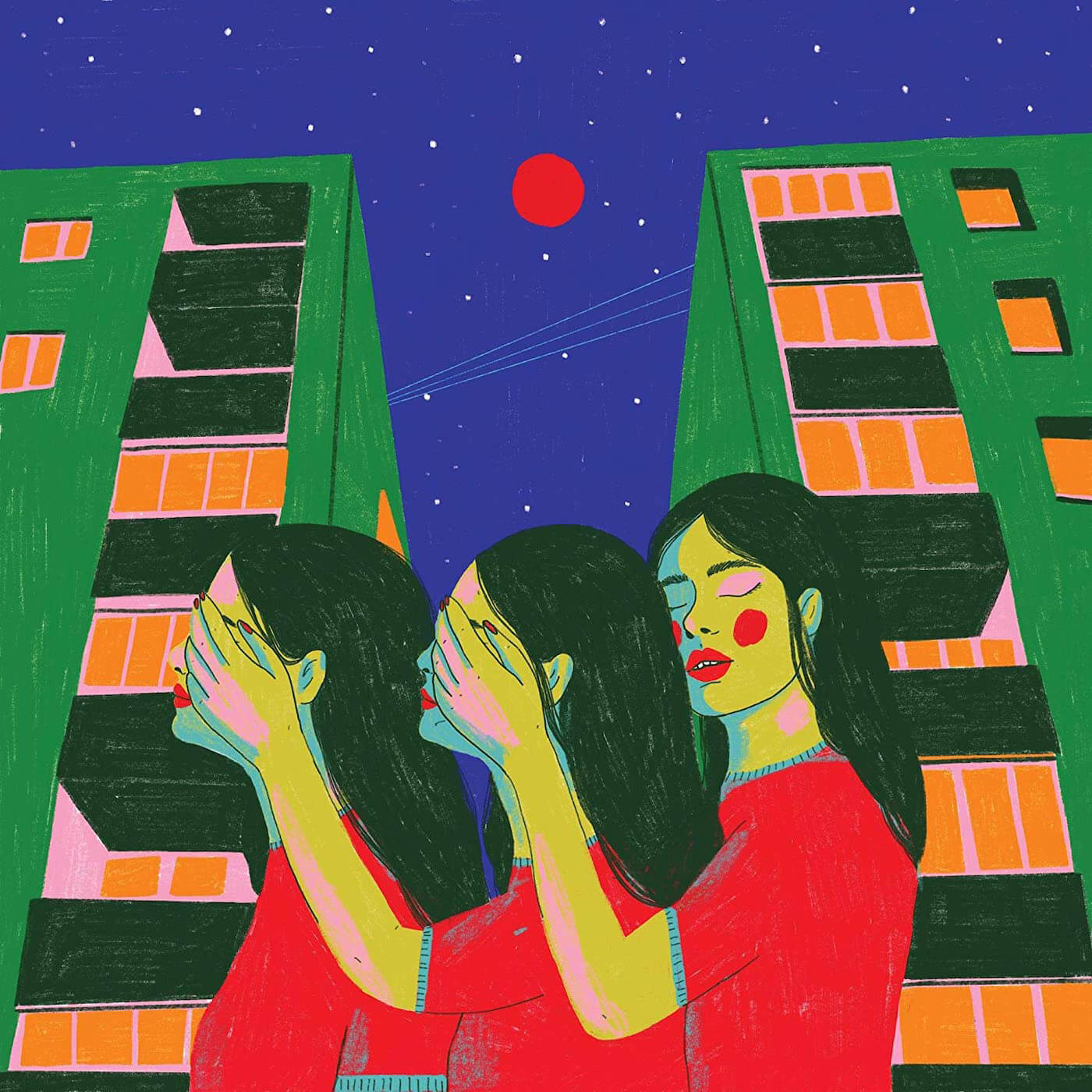 Pleasingly, the DIY ethic from the first album remains. These are taught pop-punk salvos with no excess fat, only four of the 10 songs passing the three-minute mark as Bowman’s thudding toms anchor the sort of guitar sound that Big Muff and RAT wielders have been going weak at the knees over for decades.

Cathartic opener Thriving sets a fervid tone the duo rarely deviate from on a record with more hooks than New Order’s former bassist dropping in at the casting of a new Peter Pan movie. It’s an infectiously defiant yet vulnerable middle finger raised in the direction of a former lover. Luciano is doing fine on her own, but sort of you know, wants her ex to notice. We’ve all been there. “Did you think you could bring me down?” she emotes with forked tongue. “Go tell your friends, no… I promise that I’ll be sticking around”.

If it sounds a little like clumsy coming-of-age confessionals, fear not. Luciano’s witty, acerbic writing ensures that these tales of heartbreak and disillusionment seldom stray into feeling cloying or over-earnest.

Back on Swear I’m Good At This, the singer and guitarist wrote with aplomb about the difficulty of being “punk while wearing a skirt” and of the unfair expectations placed upon women in music. She’s equally incisive here.

Over the palm-muted intro of Makeout (Interlude), Luciano notes wryly “I don’t write love songs, but I wrote a song about you”. And on the album’s softest, most reflective moment, the wonderfully charming Worth The Wait, over a gently resonating synth and acoustic guitar, she sings “I’m not the kind of girl/ I don’t know what kind of girl I would be/ I just want to take care of my friends, my plants and me”.

Who Are You? Starts out a cappella before inviting strummed open chords usher in a heart-on-sleeve anthem par excellence, Luciano’s vocal given ample space in the mix as she sings evocatively of “telling you all my secrets underneath the disco ball”.

On the slower-tempo Night Terrors, which Luciano says, “centres around my very real and frequent experiences with night terrors and other bizarre sleep activity”, she confesses her 3am anxieties. It’s a song about accepting past versions of yourself and making peace with who you are, a common theme throughout the record.

Priority Mail, stripped back to solely piano and vocals, is left tantalisingly short, falling shy of 60 seconds but featuring the excellently odd reflection, “Makes me sad to think about how I’d haunt you/ sending collect calls from the afterlife”.

The angst factor reaches a peak on Broken Body, an examination of self-loathing. “I can’t remember the last time I felt good inside my head,” Luciano laments, before the visceral delight of Flash Flood, featuring a breakneck riff and rollicking drum part Dave Grohl wouldn’t have turned his nose up at in his Nirvana pomp. It lasts just over 90 seconds, without wasting a single one, ending in a squall of feedback.

“Wouldn’t it be better if we spent more time apart?” Luciano concludes on the somnambulant synth-based Night Terrors (Reprise). By this time you’ll have twigged that this is an album unapologetically concerned with the potholes that line the road on the journey into adulthood.

If you are, for example, someone for whom odes to young adulthood make you feel positively geriatric, Do You Wonder About Me? is probably not going to top your year-end list. But don’t damn an apple for not being an orange. Diet Cig are just as comfortable drawing inspiration from Taylor Swift and Billie Eilish as they are Smashing Pumpkins, and for that we should all be glad. Surrender to the anguished youthful wisdom of Alex Luciano’s writing and herein lies half an hour of heartfelt DIY pop-punk to fall hopelessly in love with.