Reverend And The Makers’ guitarist goes it alone on a debut solo album that pays homage to two of his esteemed Sheffield peers yet achieves a charming elegance all of its own. 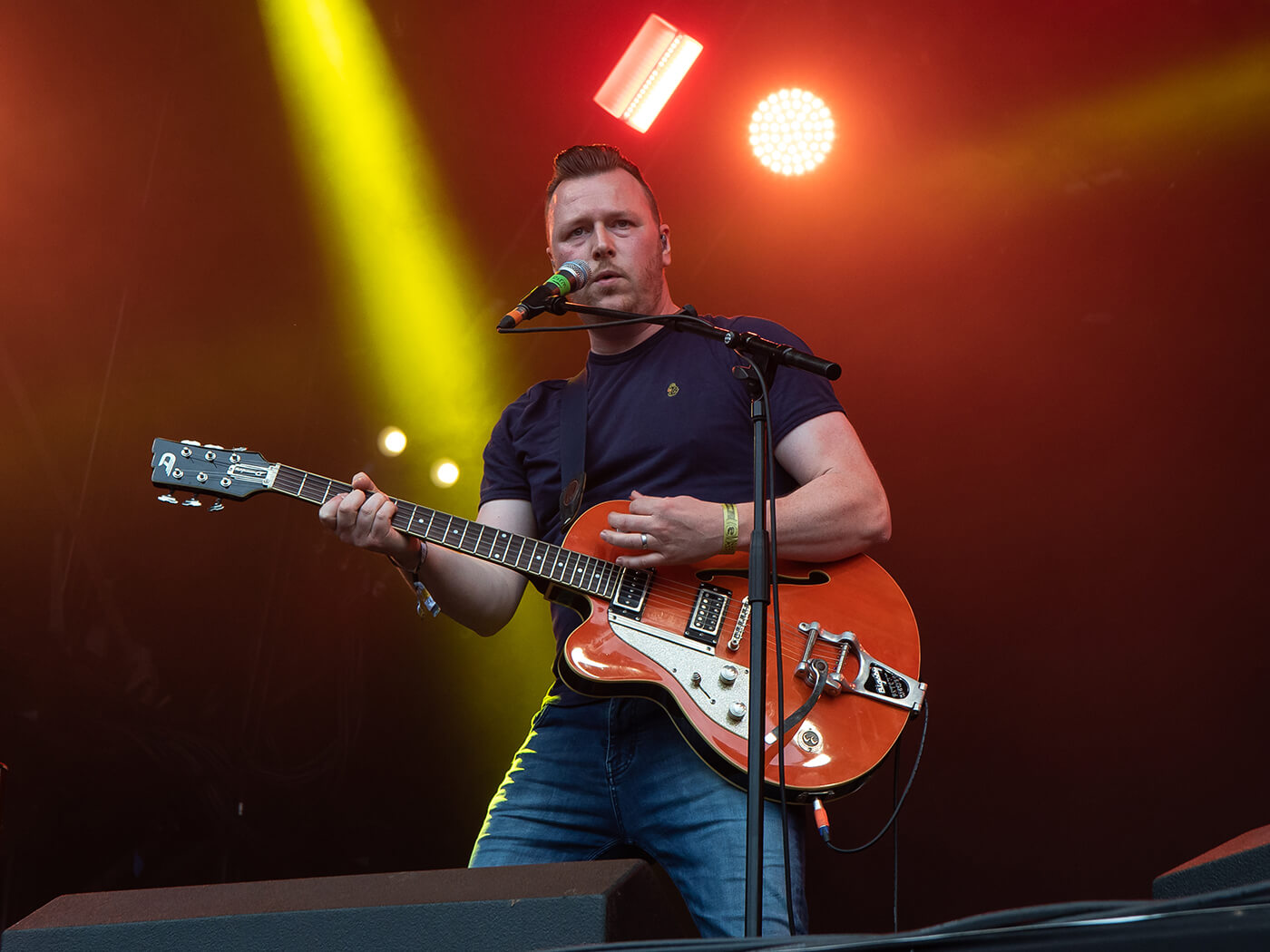 He wears his Steel City influences on his sleeve, but the Sheffield guitarist’s first solo outing features some classic songwriting and refined arrangements.

As guitarist and co-songwriter in Reverend And The Makers, Ed Cosens chalked up a 2007 Top 10 with the band’s debut single, Heavyweight Champion Of The World, toured with Oasis and played three nights at Wembley Stadium. Success came early to the Sheffield indie-poppers, yet Cosens’ solo debut has been an exercise in patience, arriving 14 years after his band’s first release.

“It’s only taken 10 years or so for me to find the confidence,” says Cosens. “I subscribe to the fine wine way of thinking – allow things to mature fully before enjoying. Nobody wants to be Lambrusco!” Self-deprecating humour aside, his instincts are on the money. Like one of those fine wines Cosens references, Fortunes Favor is a gently absorbing and unhurried pleasure, informed less by the work of his day-job band and more overtly by fellow Sheffield son Richard Hawley, along with Alex Turner’s Submarine soundtrack and Dan Auerbach’s 2017 solo album Waiting On A Song. These are graceful songs that unfurl with stately poise, much of the writing autobiographical and Cosens’ acoustic playing embellished by a strings section that’s deployed considerately by producer Dave Sanderson.

The song that started the whole Fortunes Favor project, lead single If, is a wistful three-minute slice of 60s-referencing melodic pop, Cosens’ echoey vocals landing in very much the same ball park as Turner’s charming Yorkshire croon, some fine slide playing and the graceful timbre of a cello taking over from a memorably swooning chorus.

Elsewhere, the contemplative, sweeping Running On Empty has more expansive ambitions, as violins, stabbing piano chords and the rich vibrato of Cosens’ riffing join the main acoustic rhythm as he enters an emotive falsetto, confessing to an emotional exhaustion that’s entirely relatable in 2021. 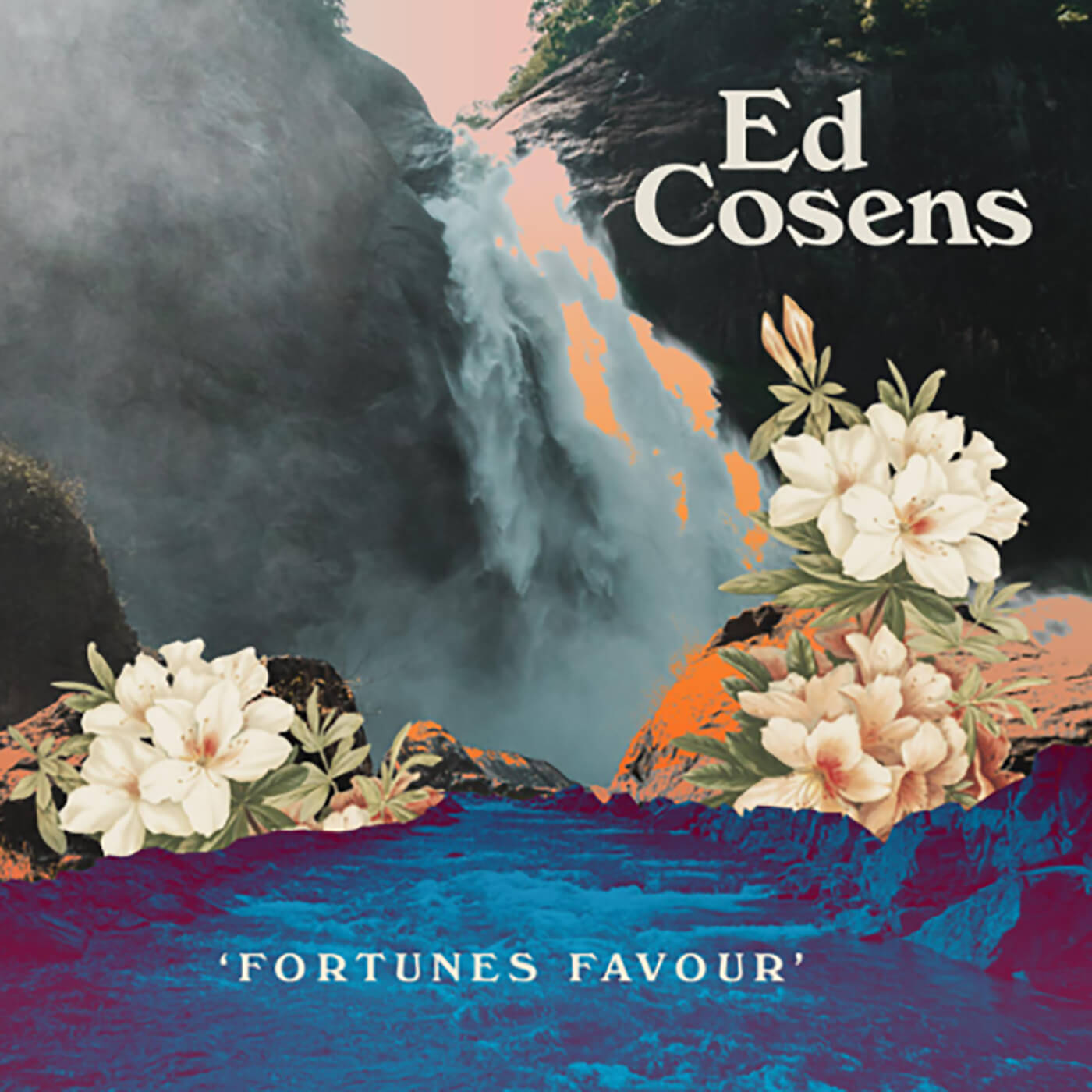 The River wears the influence of Hawley most openly on its sleeve, a sweet love song in 3/4 that came to Cosens as a stream of consciousness while he walked through a local park with his son. The chorus is a featherlight joy, Cosens strumming his acoustic as he sings “Down by the river, I’ll wait for you/ if it takes forever, I’ll wait forever too” before departing into the briefest of fuzzy lead breaks that adds just enough of a ragged edge to the otherwise genial proceedings. His fingerpicking on the sparse McCartney-esque ballad Last To Know is crisply inviting, the strings section eddying around his airy ruminative vocal as a universal tale of ruinous heartbreak unfolds. It’s a simply lovely piece of classicist songwriting, left perfectly undeveloped and wrapped up in just two minutes.

At times, the shadow cast by Cosens’ Sheffield peers is so great, notably on the title track, that Fortunes Favor begins to sound a little like a lost Arctic Monkeys album from a parallel existence where Turner’s band didn’t depart to make the surrealist lounge-pop Tranquility Base Hotel & Casino. Madeleine, too, evokes some of Turner’s darker-toned moments, grand wobbling open chords and a venomous four-bar solo piercing the sultry air.

Contrastingly, straight-up acoustic strummer Lovers Blues is more indebted to Merseybeat, Cosens sounding fleetingly akin to Lee Mavers as he emotes “I just don’t know what to do/ I just can’t help loving you” joined by breezy sha-la-la backing vocals and shimmering tremolo.

The open spaces of The Pantomime, with delay oscillations swirling in the shadows, afford the left-handed Cosens an opportunity for another succinct and heady solo, and he digs in again for a simmering fuzz-lashed melodic break on the closer Come On In, which has slight melodic hints in its pensive refrain of Hawley’s stunning Open Up Your Door from 2009’s Truelove’s Gutter.

Arresting moments such as these are less frequent on side two of Fortunes Favor, the album front-loaded with its most potent compositions, but there isn’t a poorly conceived song here and at times the arrangements and Cosens’ grasp of melody elevate his debut to rarefied territory. You could question the originality of some his working, but when, like Hawley and Turner, you’re channelling talismanic icons such as Lennon, Walker and Orbison, who wrote the book on timeless romantic songwriting, it’s entirely forgivable. Ed Cosens’ first departure from The Makers is a captivating success. He’d be well advised not to wait another 14 years before delivering the next volume.