The third album from the LA trio is a kaleidoscopic melange of R&B, hip-hop, funk, pop and ska that sees the Haim sisters baring their souls. 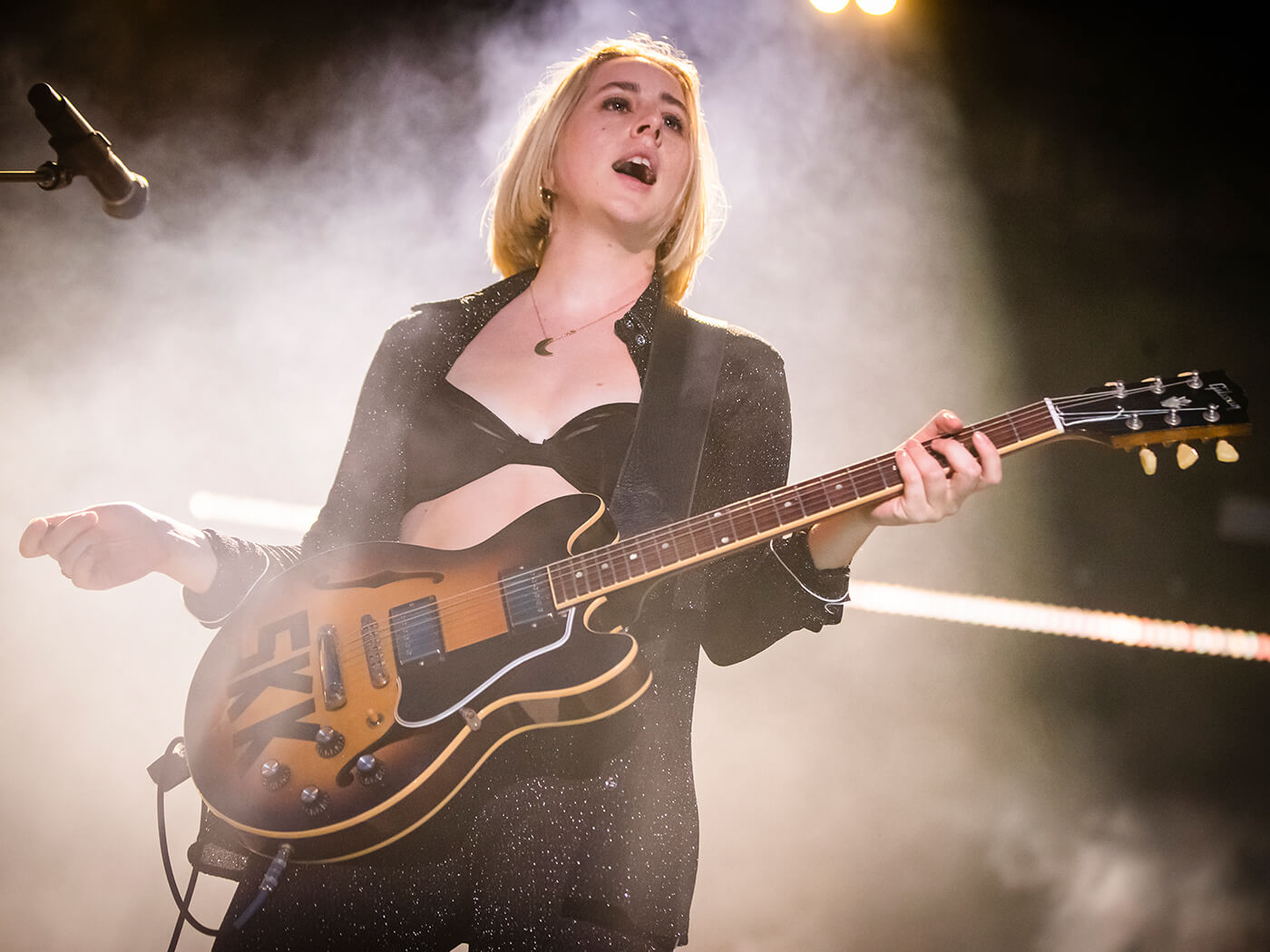 A fearless, exploratory album that defies easy categorisation. The most daring work of their career to date.

You might think you have Haim pegged. The Californian sisters have made one brilliant and one pretty decent album of sun-dappled classic rock and hi-fi pop that doffs its cap unapologetically to Fleetwood Mac. With the arrival of their third full-length, it’s time to revise that view. On their first release since 2017’s Something To Tell You, the trio don’t so much stray from that beaten path as take a sledgehammer to its dusty stones and relay the shards in myriad new directions.

WIMPIII, as the band call it, is a startling genre-fluid record which strides confidently into the worlds of r&b, hip-hop, funk, electro-pop and fleetingly reggae, while daring to be vulnerable, honest and whatever the hell Haim want it to be. The writing is by a distance the most emotionally naked, cathartic and complex of their career to date, depression, death and misogyny thematic stopping points, yet all the while WIMPIII‘s warm West Coast air crackles enticingly with boundless possibility.

The album’s title and its cover, in which the trio are surrounded by sausages, are playful swipes at the lazy classifications the sisters Haim have endured based purely on their gender, and they return to the theme with knowing deftness throughout WIMPIII’s 16 tracks.

“There were times in the past where we put up with a lot of shit because of being women in this industry, but thankfully now there’s a conversation about all that, and maybe some change is starting to happen,” says Alana. “I think on this record we’ve all collectively realised how freeing it is to say, ‘Fuck it’ and truly mean it.”

Fuck it indeed. A fearless creative spirit informs this dramatic reinvention, produced with Rostam Batmanglij, formerly of Vampire Weekend, and Ariel Rechtshaid. It’s arresting from the opening seconds of languorous opener Los Angeles. The first things we hear are a hazy saxophone solo and a loose hip-hop beat, signposting the new multifarious Haim sound. Carried along by a peppy Nile Rodgers-like rhythm, it finds Danielle considering leaving behind her home city before coming to the conclusion that “New York is cold, I tried the winter there once. Nope”.

It’s one of a pair of songs revealing a love-hate relationship with LA. The Walk On The Wild Side-referencing lead single, Summer Girl, one of the first tracks written for the album, is served last – itself a bold move. On it, Danielle offers herself as a pillar of strength for Rechtshaid, her boyfriend, who was battling testicular cancer at the time of its writing. 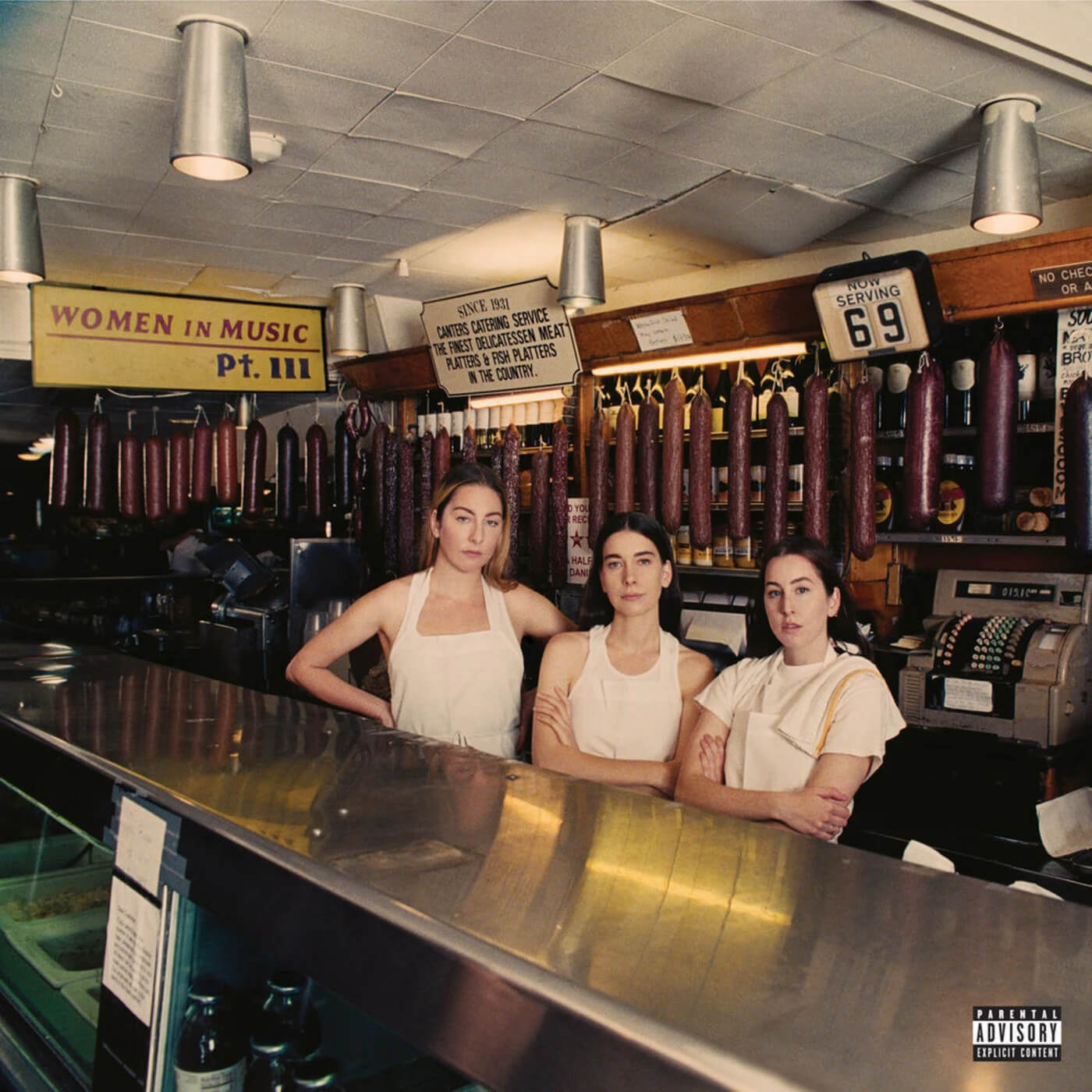 Sonic touchstones are many and varied between those two bookends, perhaps the most notable being Andre 3000’s 2003 album The Love Below, cited as an influence for its skilful stitching of disparate styles, Vampire Weekend’s Father Of The Bride and Christine And The Queens’ superlative Chris.

I Know Alone is one of the most radical stylistic shifts, a UK garage beat, heavily processed vocal samples, effected cello notes and shimmering synths mashed together beneath lyrics that chronicle post-tour depression and loneliness. Next, a throbbing disco bassline, skipping Afrobeat rhythm, tremendously askew, heavily processed guitar solo and, why not, a flock of seagulls collide on wonky pop song Up From A Dream.

If there’s a criticism of this devil may care experimentation, it’s that such a wide mood board across 16 tracks (three of them bonus offerings) means not everything hits the target – and at 51 minutes it’s a lot to process in one sitting.

3AM is an excursion deep into 90s R&B territory, complete with fabricated booty call voicemails from drunken late-night chancers. Another Try, meanwhile, is a questionable overreaching stab at that most risky of genre appropriations, reggae.

The guitar remains a central tool, though, notably on the modulation-flecked road anthem Gasolene and The Steps, its infectious recurring riff resplendent with big, dreamy bends. “When we first started out, it felt difficult sometimes to make the guitar sound really fresh,” says Danielle. “But with this album, we sort of fell in love with playing guitar again.”

Leaning On You leans heavily on Fleetwood Mac’s Never Going Back for its delightful acoustic guitar lick, beginning a run of three tracks mid-album based around acoustic rhythm.

I’ve Been Down is an irresistible narrative tale and one of several snapshots of the sisters’ respective struggles with depression. “The love of my life sleeping by my side, but I’m still down,” Danielle sighs. The sax solo given the spotlight in its dying seconds is exquisitely lovely.

Man From The Magazine is a homage to Joni Mitchell and recalls a grim line of enquiry from a journalist who asked whether Este replicates the facial expressions she makes on stage in the bedroom. It also tackles the sexism the band have faced in guitar shops, being guided towards the “starter” instruments. “Hey girl, why don’t you play a few bars,” the witless misogynist in the store offers, the whole song a deliciously droll response.

Emphatically, what emerges from the kaleidoscopic meeting of styles and soul-baring subject matter on Haim’s third album is the eternal hope and empathy shared between the sisters. It’s encapsulated on the beatific Hallelujah, a brief softly fingerpicked tribute to their familial bond, the close harmonies wholly uplifting. “You’re there to protect me like a shield/ long hair running through the field,” Danielle emotes.

WIMPIII is quite a journey. It offers limitless possibilities for where in music these three women will travel next, but the place they’ve alighted right now, with each other’s enduring support, is just brilliant.