After two albums of stark confessionals that cut to the core, Julien Baker faced a dilemma over whether to repeat a winning formula or expand her sound. Her decision making is as astute as her songwriting, it turns out.

Listening to Julien Baker’s bruised ruminations on heartbreak, sexuality and addiction has sometimes felt like a draining experience. Her first two albums undoubtedly showcased confessional songwriting of the highest calibre, yet the sparse arrangements left nowhere to hide from the brutally honest soul-searching within. Little Oblivions sees those familiar troubled vignettes stretched out across new kaleidoscopic sonic tapestries. It’s a brave stride forward.

After taking time out to record a superb debut EP as Boygenius with friends Lucy Dacus and Phoebe Bridgers, the Tennessee songwriter agonised over whether to expand the sonic horizons of her solo material as she began work on the follow-up to 2017’s Turn Out The Lights. Playing every instrument herself and constructing full-band arrangements meant the addition of her own “undrummerly sound” as Baker harshly describes her work behind the kit. Allied to dextrous piano playing, an array of synths, banjos and mandolins, it proves an inspired call, bringing new depth and colour to compositions that already stirred and stung with their emotional rawness.

Delving deep in search of what she recently told Guitar.com were “ugly sounds” from her faithful Telecaster and a freshly stocked pedalboard, Baker’s luscious soundscapes transport these 12 cathartic outpourings to new dimensions.

Just shy of two minutes into outstanding opener Hardline comes the first glimpse of the widescreen sound Baker has been busy conjuring with engineer Calvin Lauber. After “asking for forgiveness in advance for all the future things I will destroy,” the singer’s voice is enveloped by a celestial shimmering guitar haze and a volley of snare hits. Ugly it ain’t, one of the most rousing pieces of music she’s ever produced it most certainly is.

The concise, bittersweet Heatwave begins with spacious strummed acoustic chords, accented by banjo flourishes and an utterly gorgeous lilting riff. The chorus is positively huge and when the final couplet arrives, it’s a devastating gut punch: “I was on a long spiral down, but before I make it to the ground, I’ll wrap Orion’s belt around my neck and kick the chair out”.

Baker’s glinting arpeggios, textural washes and irregular drumming patterns add nuance to the sorrowful Faith Healer, too, as she reflects on past battles with alcohol. “I miss the high, how it dulled the terror and the beauty,” she confesses, her voice fading out, leaving us with the lonely pulse of a silvery reverb tail.

Every one of these songs has been enhanced by hours well spent in the studio, toying with the boundaries of each instrument and allowing them to intrude into each other’s sonic space. What at first appears an austere piano ballad, Crying Wolf, is treated to a brief, spellbinding and heavily-effected solo, while the heart-rending final chorus is imbued with new poignance by ambient waves from Baker’s Tele and subtly shaded loops. 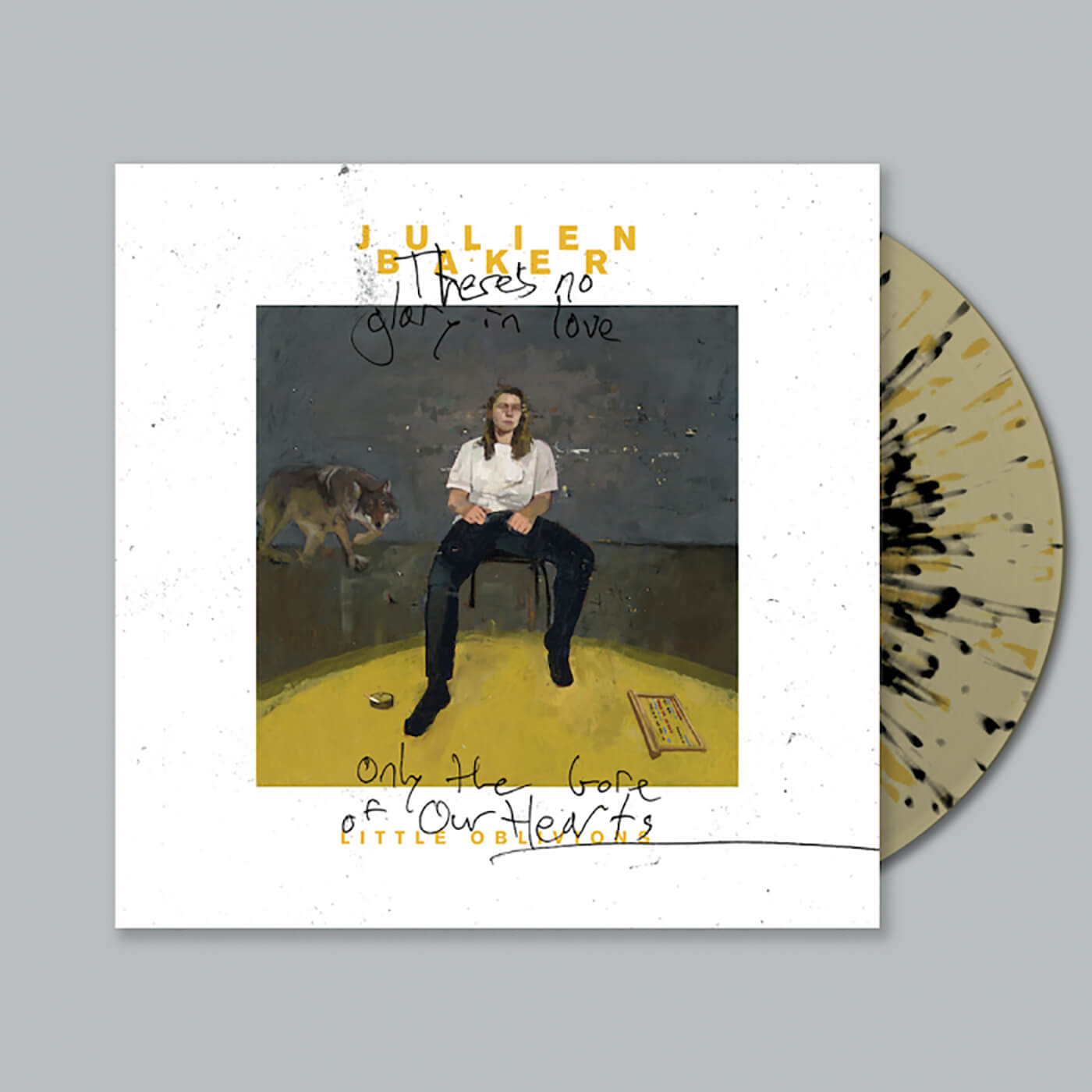 On Repeat, a tremolo effect becomes an instrument of its own, and Bloodshot is decorated with what sounds like an EBow being fired through the same pedal and some aggressive panning, paired with an equally adventurously treated snare drum. Some of these songs are simply epic, too. Ringside is a classic weary-hearted soft-rock ballad, a scarred, empty-sounding Baker concluding “Nobody deserves a second chance, but I keep giving them”.

It’s a treat to hear three of the most potent voices in alternative music reunited when Bridgers and Dacus lend their talents to Favor. The resonant acoustic chords are joined by reverse delay artefacts and a pitchshifted shimmer effect as the Boygenius bandmates lock into an aching harmony. Baker is left to dryly observe in the bridge, “Doesn’t feel too bad, but it doesn’t feel too good either, Just like a nicotine patch, it hardly works then it’s over”.

There are more stripped-back moments to be found, such as the straight-to-the-heart piano ballad Song In E, Baker nakedly candid as she opines, “I wish that I drank because of you and not only because of me”. Kept to a succinct three minutes, at the song’s conclusion the camera zooms out above the songwriter alone and disaffected, face down on the carpet. It’s a haunting image.

Julien Baker recently told Guitar.com of her obsession with collecting reverb pedals, a spiralling habit her peers struggle to understand. Yet on the basis of the heavenly atmospherics on closing track Ziptie, it’s money well spent. The meeting of echo-heavy drums, sparing fingerpicked post-rock chords and yearning volume swells is utterly glorious.

On the eve of Little Oblivions’ release, Baker admitted to having faced down anxieties over whether it was time for her “Dylan goes electric” moment. Her boldness in making that leap has been rewarded with a brave and beautiful third album. The ruthless, soul-baring honesty of her writing is as affecting as it’s ever been, but it’s elevated to new heights by her fearless musical endeavour.