Recorded in Texas but with global horizons, Khruangbin's third album is another multifarious melding of international styles. But on Mordechai there's a twist.

A nomadic spirit and truly international outlook incorporating the musical figures of Thailand, Mexico, the Middle East and Africa informed Khruangbin‘s first two albums of blissed-out psychedelic globalism. On their third, they have a new instrument – vocals.

There had been clues to the coming of this fresh approach, which makes Mordechai their most tangible statement to date. The collaborative Texas Sun EP, recorded with Leon Bridges, saw their fellow Texan’s voice providing a focus for the sleepy felicity that has elevated Khruangbin to the position of Spotify heavyweights. The EP’s title track has been streamed over 25 million times in a few months. This time, it’s bassist Laura Lee Ochoa whose voice takes centre stage.

Khruangbin’s third album has suitably enigmatic origins. It began to flicker into being when Ochoa was invited on a hike by a mysterious friend known only as Mordechai. There, she experienced an epiphany, leaping into a waterfall, screaming her name and emerging with a new determination to slow down and focus on the present. It was an awakening Ochoa likens to being baptised, and afterwards she immediately began writing, filling several notebooks. These streams of heightened consciousness would eventually become Mordechai.

Throughout the resultant album, Mark Speer’s transportive guitar playing is shrouded in reverb, phase and wah, his mesmeric riffs unfurling from his Strat like shimmering desert mirages, his clean tone warm and full of Eastern promise. While on 2015’s South East Asian-influenced debut The Universe Smiles Upon You and the Middle Eastern flavours of Con Todo El Mundo, Speer’s fluid phrasing occupied the role of the vocalist, here it darts in and out of conversation with the trio’s haze of layered voices.

Remarkably, the gamut of international styles that follows all the while sounds wholly, unmistakably like Khruangbin. More remarkable still, everything was recorded live at their barn studio, The Farm and Terminal C in Houston, the band having arrived with nothing pre-written. And yet Mordechai is a seamless melding of influences that feels immediately like being transported back into the height of your favourite summer. 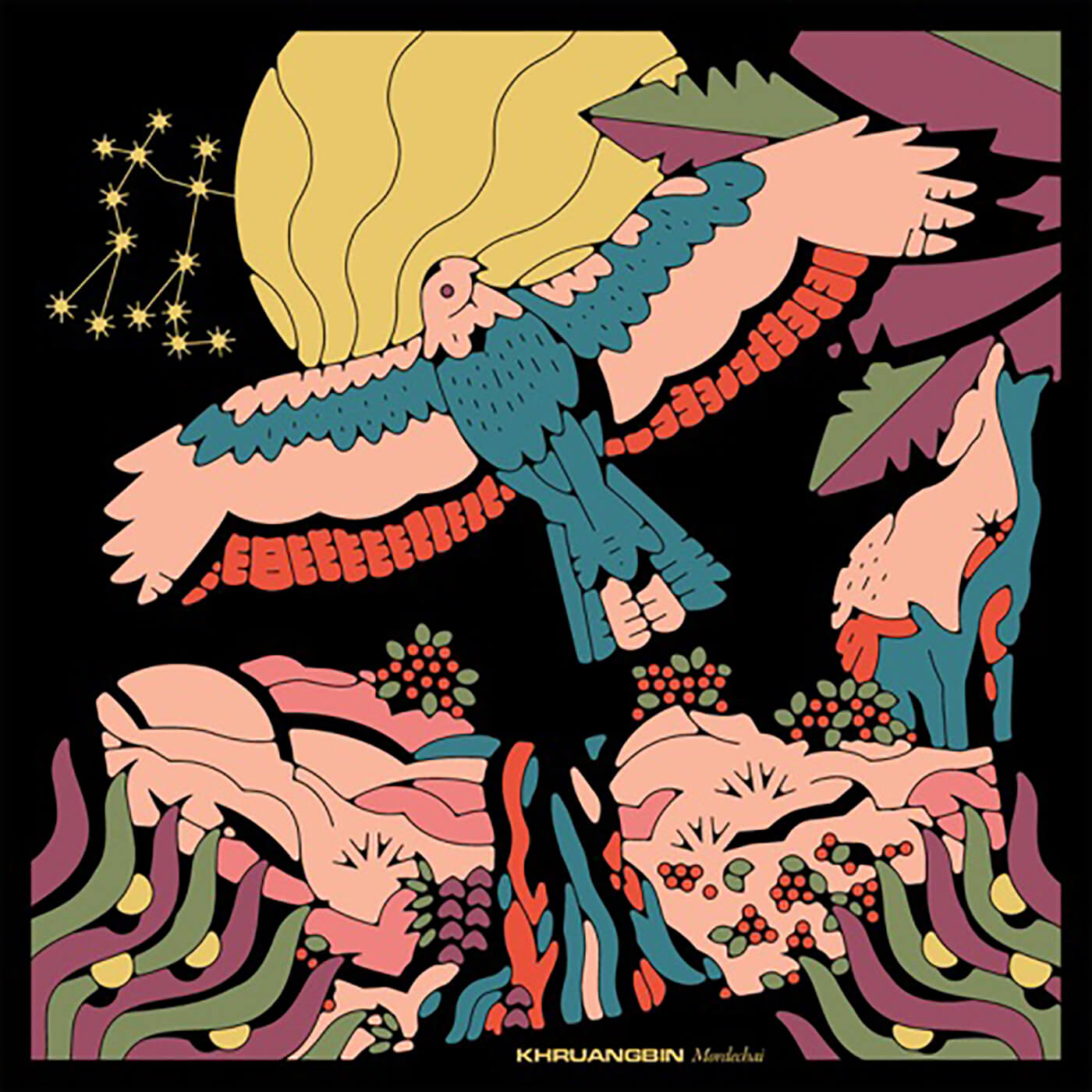 How frustrating it must be for Khruangbin, then, that we were robbed of a festival season by COVID, because the album’s lead single, Time (You And I), would unquestionably have become one of its defining anthems. It’s an intoxicating disco strut, Speer’s funky palm-muted rhythm playing lavished with wah alongside a lyrical refrain that dreams of eternal romance: “That’s right, If we had more time, We could live forever, Just you and I.”

On Pelota, Ochoa’s language of choice is Spanish, Speer’s seductively pirouetting riff ushering in a song that encapsulates the band’s internationalism. Latin handclaps and percussion mingle freely with a throbbing bass groove and the metronomic work of drummer Donald Johnson, the whole thing swinging effortlessly between West Africa and South America. Its joyful chorus evokes the simple childlike notion that, “right now I can be a ball”. It sounds better in Spanish.

One To Remember‘s roots are in Jamaica, a gently snaking run from Speer’s Strat suspended in a cloud of reverb, accompanied by a spacey dub rhythm. As tape delay oscillations drift lazily by, Ochoa’s hazy vocal occasionally floats into the dream state, singing, “Say to remind me, So we won’t forget.”

Then there’s a collision of African rhythms and French cinema. Connaissais De Face‘s bubbling riff and percussion have their roots in Ethiopia and are interspersed with patches of dialogue in English referencing the band’s long-standing admiration of Serge Gainsbourg. Lee switches to French in the chorus, which translates as, “You knew us by face, you didn’t know us by name.”

Mordechai is a record about holding on to our memories as life swirls around us. Dearest Alfred was inspired by Ochoa discovering a bundle of letters her grandfather sent to his twin brother. The compressed guitar figures move in slow motion, Ochoa’s hushed recollections somniferous as she repeats “your letter is the best gift”. Later, on the mellifluous So We Won’t Forget, we find the band’s new vocalist filling her apartment with Post-it notes of her reflections so they won’t slip from her mind.

Speer’s Middle East-inspired riffing is again paired with dubby bass on instrumental closing track Shida, yearning slide guitar lapping alluringly at the song’s fringes. When it ends abruptly it’s akin to being jolted from the depths of a dream. Mordechai is a chimerical experience, a dextrous melding of styles in an imagined utopia where national borders and tribalism don’t exist, all languages spoken and heard with equal weight. Such a sublime record could have been made only by Khruangbin.