Refreshed and raring to go after a five-year hiatus, the Southern-fried rock giants return for a second outing with producer Markus Dravs.

With nearly 20 years and a career of vertiginous highs and lows in their rear-view mirror,   Kings Of Leon’s eighth album is wrapped up in reflections on the passing of time. They took their time making it, too. It is not, however, despite initial appearances, a record overtly about the strange times we live in.

Written and wrapped up before the arrival of COVID-19 and America’s terrifying flirtation with apocalyptic meltdown, all apparently prophetic references to such events on When You See Yourself are purely coincidental. And, despite the 10 months invested at Nashville’s Blackbird Studios with producer Markus Dravs (Brian Eno, Arcade Fire, Coldplay), this is not a radical reinvention. The Followills’ latest sees them trying to balance the wanton exhilaration of their earliest recordings with the arena-filling mega hits that studded their universe-conquering mid period and the sepia-tinged wistfulness they’ve eased into in recent years, notably on 2016’s WALLS, their first US No 1.

While there are moments when the pin-sharp riffing and headlong charge that characterised their explosive whiskey-soaked 2003 debut Youth & Young Manhood rises to the surface, by far the dominant mood here is pensiveness, with ruminations on the relentless march of age the primary topic of discussion in singer Caleb’s sage character sketches. At Drav’s encouragement, guitars are often saved for sparing, textural decoration, their producer’s collection of vintage organs and synths used to weave a widescreen landscape that’s immersive and sonically lush, if light on hits.

The first three songs are pretty stellar, and showcase the full breadth of the band’s appeal. Drav’s hi-fi fingerprints are all over kaleidoscopic opener When You See Yourself, Are You Far Away. It unfurls from a riff that’s almost post-rock in its glittering elegance to a fusion of tonal approaches anchored by a loping Calypso-tinged bassline.

While most of the 11 tracks eschew hooky immediacy in favour of brooding atmospherics, and only three clock in under four minutes, The Bandit recalls the Followills’ youthful salad days, when they were lazily dubbed the ‘Southern Strokes’. Its undulating guitar phrase, rich raking chords and effervescent snare pattern combine lustily to propel Caleb into a chorus in which he recalls “reckless abandon/ run down and stranded” over warm, trebly stabs. “It made us feel young again,” he reports. 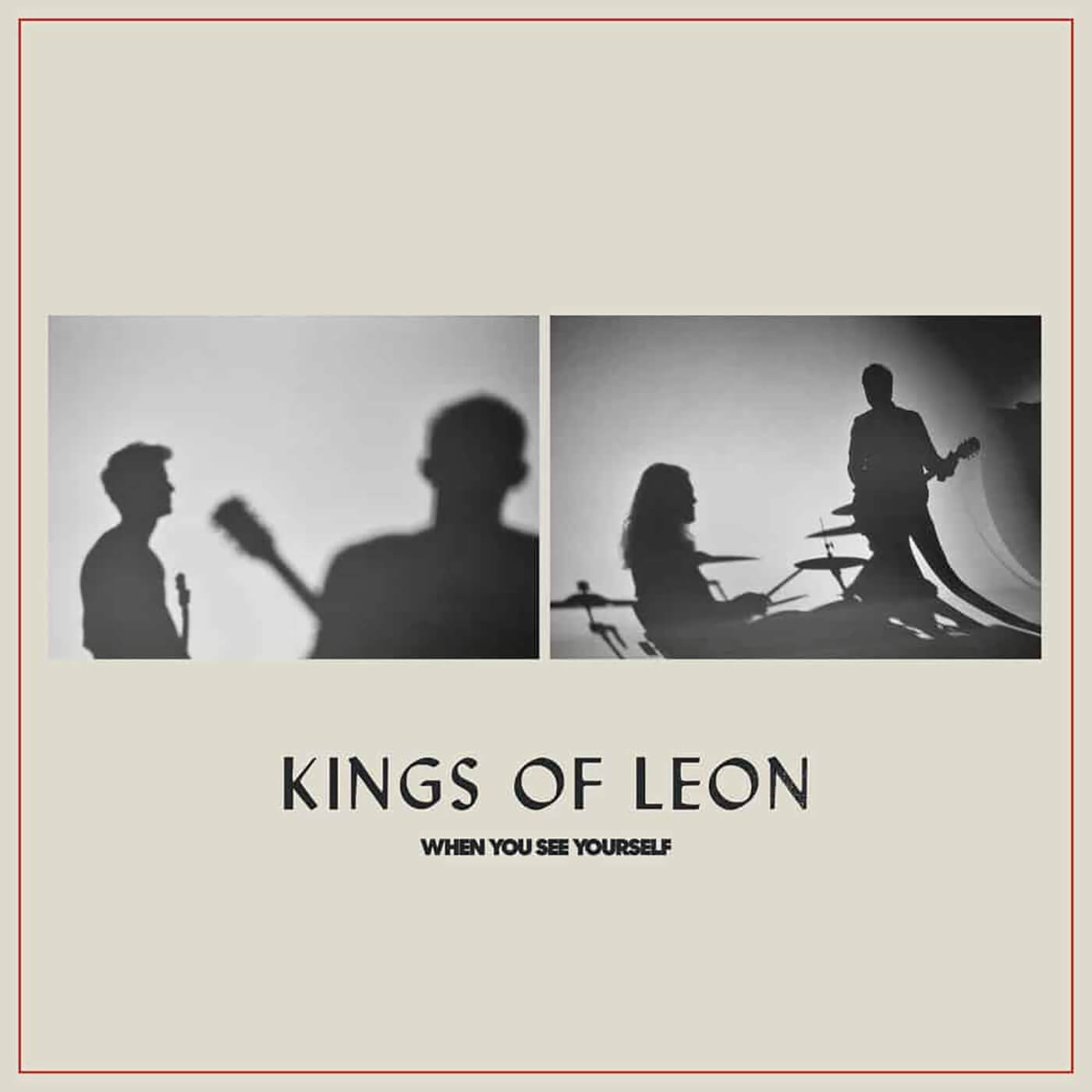 Band favourite 100,000 People is the kind of contemplative torch song the Kings have adroitly floated out across thousands of festival crowds these past two decades. As is often the case on this record, Jared’s lonely bass throb is essential, as sparing guitar parts and glimmering synth textures coalesce, Caleb’s voice emotive and serrated. Explaining its origins, he says “I started to contemplate life and how long it is and all the things that I’d done”.

After that promising opening trio, such airy platitudes and thoughts of mortality are frequently to the fore. On Golden Restless Age, the singer observes, “time will turn the page, you’re only passing through the form of you”, his brother Matthew responding with a sublime, saturated one-string solo. Time In Disguise, emerging from a choral synth bed, a whirl of oscillating delay and roomy chords, has a similarly doleful vibe. “Close your eyes and what do you see? Is it a man or masked machine” is an odd, yet strangely topical line in a song that stretches to nearly five minutes, never quite rising from a soporific chug.

Supermarket (central lyric “I’m going nowhere”) is largely forgettable, but the slide guitar on Stormy Weather, a tale of boozy perhaps autobiographical misadventure between an unnamed “mess of a star child” and her “right now man”, is a delight. The band’s first “statement song” Claire And Eddy is sadly prophetic in its own way, condemning mankind’s ceaseless assault on mother nature and evoking the forest fires that tore through America’s West Coast last year. A sleepily strummed acoustic guitar and slide part soaked in canyon-deep reverb form the backdrop as Caleb emotes with relatable feeling, “Fire’s gonna rage, people gonna change/ story’s so old, still so original”.

It’s refreshing to see the fire raging in Kings Of Leon again. These two albums with Drav have found them enjoying making music together once more. It’s a concept that seemed impossible at their towering height more than a decade ago, headlining the world’s biggest festivals yet looking strangely dislocated, as if they’d rather be filling out a tax return.

“Our batteries are fully charged,” enthuses drummer Nathan. “Even though it’s record eight, we still feel like the sky’s the limit for us. I don’t think anyone thinks we’ve hit our ceiling yet.”

That the band were able to spend the best part of a year together in the studio without punches being thrown is surely a good thing, too. This certainly feels like the second album in the second act of Kings Of Leon’s story, but perhaps the absence of that simmering sibling tension has left something essential to their creative process missing. It all sounds delectable, the luxuriant layering of instruments evidence of months of considered studio craft, but When You See Yourself is an introspective mood record that at times leaves us waiting in vain for the fire to ignite.