Former Screaming Trees frontman reflects on his own mortality with companion album to his turbulent memoir.

The things Mark Lanegan must have seen in his 55 years on this planet. The former Screaming Trees frontman can plumb great reservoirs of darkness that would be enough to make most of us crave an early night with a glass of warm milk. From his drug addiction and bleak dalliances with death in the early-90s Seattle grunge scene to redemption as a statesmanlike solo artist and serial collaborator, Lanegan’s life has been gilded with trauma.

It’s all recounted in his new warts-and-all memoir Sing Backwards And Weep, and Straight Songs Of Sorrow serves as a musical companion piece, each of its 15 tracks referencing a chapter from the book.

As you’d expect from Lanegan, it’s an unrelenting ride. The turbulent arc of his life story is epitomised on the album’s claustrophobic opener, I Wouldn’t Want To Say. He sings through a cacophonous fog of electronic drums and the Organelle mini-synth of “Swinging from death… to revival”. It’s a neat summary of the 52 minutes that follow, a great hazy wash of distorted guitars joining the melee in the final section. “That song is the encapsulation of the entire experience, book and record,” explains Lanegan.

Lanegan’s latter immersion in gothic electronica informs the record in part, but there are plentiful calls back to his earlier career, and the guitar is central. Apples From A Tree sees Lamb Of God‘s Mark Morton providing beautiful dextrous fingerpicking, Lanegan a rare picture of bucolic contentment as he talks of “plucking apples from the tree and roses from the ground/ I’m high up in the air and never coming down”.

He sounds more familiarly gloomy and a little like another doomed survivor, Spiritualized’s Jason Pierce, on the menacing drop-tuned Ketamine and downbeat gospel-vibed Churchbells, Ghosts. The latter, with a typically bleak Lanegan line, “Here I am, disappearing, there’s nothing left for me to kill”, is a tribute to recently departed Throbbing Gristle founder Genesis P-Orridge and features Cold Cave’s Wesley Eisold. 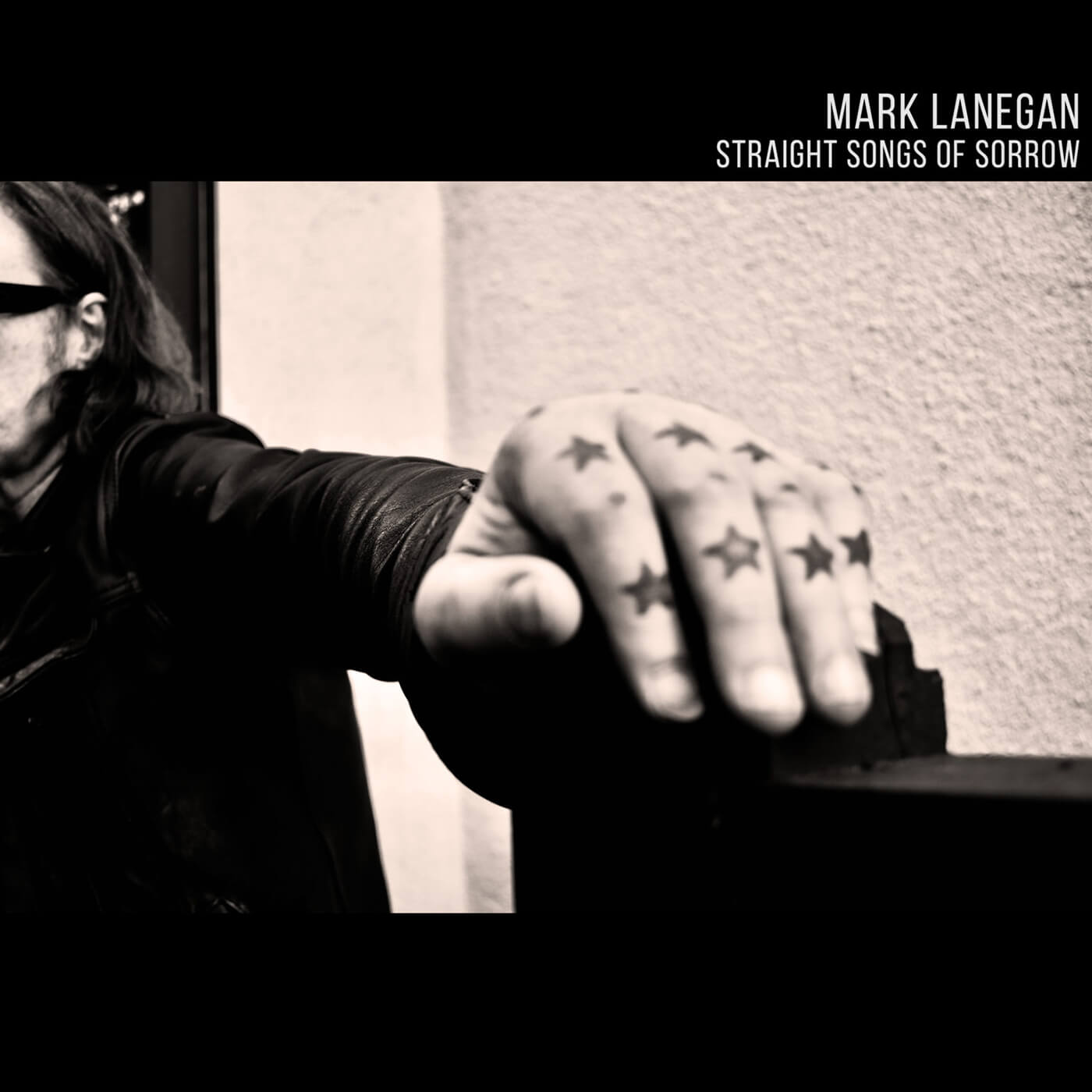 Much of the strongest material on Straight Songs Of Sorrow is to be found in its second half, heralded by the spectral Stockholm City Blues, again fingerpicked guitar and the mournful swirl of strings hanging in the air as Lanegan reflects nakedly on his addiction, “I pay for this pain I put into my blood”.

Skeleton Key is peak Lanegan, a moody seven-minute epic that rises from a filthy bass fuzz riff. “Is it my fate to be the last one standing?” he asks over a storm of glorious ambient guitar and EBow. “My wife called that my redemption song,” he says.

Utley’s celestial atmospherics, both beauty and beast delivered from high up the neck, elevate the otherwise acoustic Daylight In The Nocturnal House, while John Paul Jones contributes Mellotron to the ominous Ballad Of A Dying Rover. Lanegan sounds as if he’s coming to terms with his own mortality as he growls, “I’m just a sick sick man whose days are numbered,” before concluding “Death is my due”.

There’s another deft fingerpicking appearance from Morton on Hanging On (For DRC). “By all rights we should be gone, but you and me hanging on, a thousand ways we could have died,” Lanegan croons to his old mate Dylan Carlson of drone metal act Earth.

More fatalistic still, on Burying Ground Lanegan pleads over tremolo-flecked guitar, “Call for the doctor, I feel like I’m dying”. It’s about as desolate as you’d expect from an autobiographical record from one of rock’s great lugubrious enigmas.

The end in sight, Zero Below features Dulli and Ellis, the Bad Seed’s fiddle sweeping evocatively around Lanegan’s vocal, as he gazes poignantly upon “grass on graves so evergreen”.

While Mark Lanegan records are frequently thick with weighty ruminations on God, death and redemption, Straight Songs Of Sorrow and its accompanying tome have a distinct air of finality, of an artist tying up the loose ends of a prolific career and making peace with the ghosts of his past.

It’s a heavy meal in one sitting, and perhaps would have benefited from the editing hand of a producer. Yet despite the stony fixation on mortality, it’s a story with a happy ending. One of Lanegan’s musical heroes, Simon Bonney of Crime & The City Solution, joins him to duet on Eden Lost And Found.

There’s something transfixing about the way Lanegan repeats the mantra “Sunrise is coming, daylight is calling me”. Whether or not he’s trying to tell us something, let’s hope there’s more to come from Mark Lanegan, a unique talent whose straight songs of sorrow have always found beauty in unspeakable darkness.