The LA songwriter’s sophomore album finds her weary from the road yet displaying the same peerless verve for brutal honesty and dark wit. 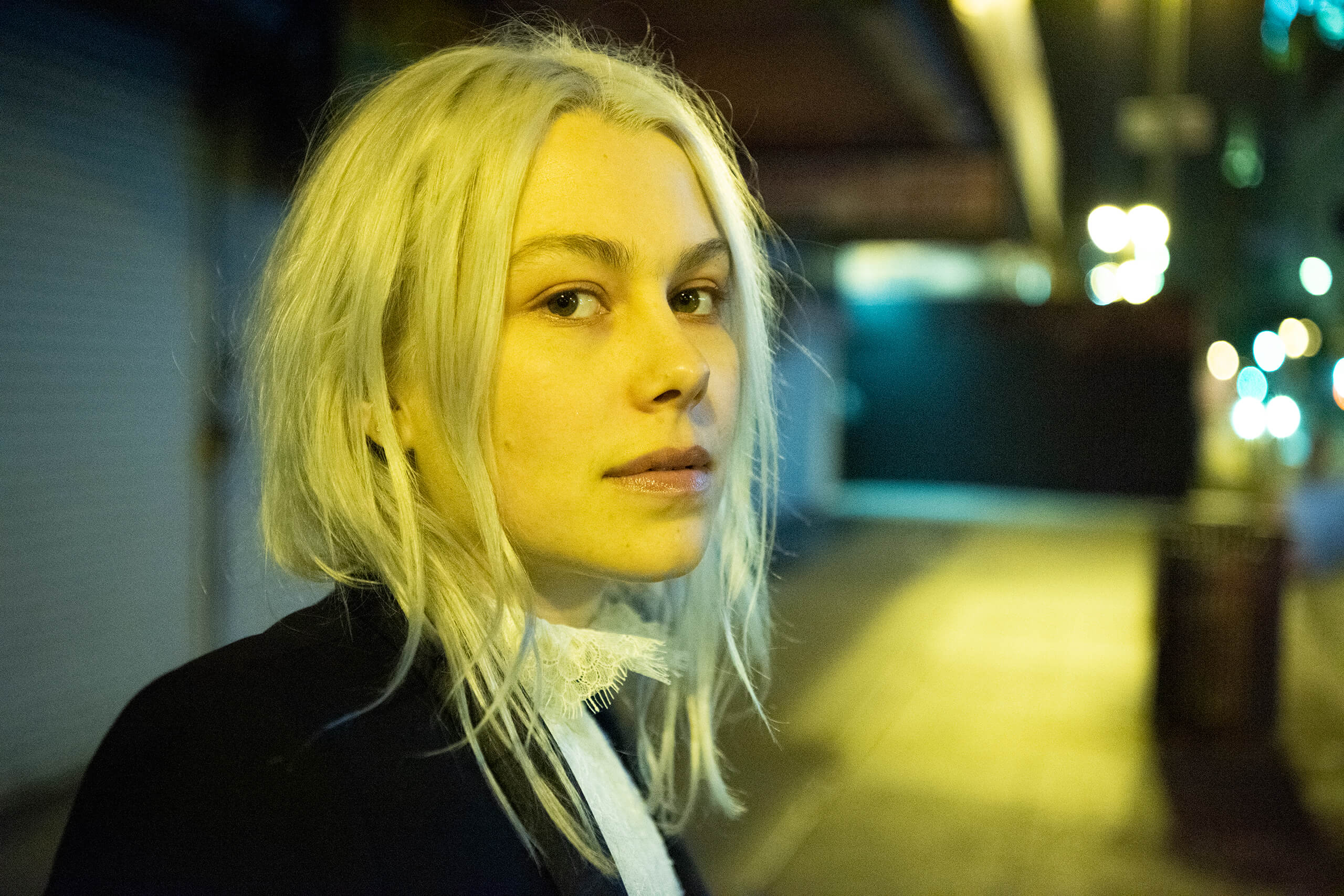 One of the finest songwriters of her generation matches the singular brilliance of her debut album with an exquisitely crafted second.

Phoebe Bridgers‘ debut album, Stranger In The Alps, was astonishing and sublime statement of intent, its unswerving honesty and lacerating emotional sucker punches evidence of a uniquely gifted observational writer. It was, she told us earlier this month, an album about “a teenager or someone in their early-twenties with no job”. Three years later, Bridgers is still documenting her life with disquieting candour and the darkest gallows humour, it’s just that her life has changed beyond all comprehension in the subsequent years.

That debut was rightly hailed as one of the sharpest releases of 2017. It was followed quickly by an EP with Julien Baker and Lucy Dacus under the Boygenius banner and an album with Conor Oberst as Better Oblivion Community Center. After an exhausting run of emotionally intense shows to promote Stranger In The Alps, arena tours with The National and The 1975 were booked in, too.  Perhaps unsurprisingly then, Punisher is an album concerned with imposter syndrome, depression and the numbing, unreal vertigo of life on tour. When Bridgers sings, “I have everything I wanted” on the album’s true opener Garden Song, you know there’s a ‘but’.

The song is a close cousin of Smoke Signals from Stranger In The Alps, its pretty fingerpicked pattern and descending baritone notes familiar. The imagery is thick with childhood memories as California goes up in smoke and Bridgers imagines the bloody murder of a skinhead neighbour. We’re reminded of the her almost peerless ability for pitch-black drollery, her featherlight falsetto recalling, “The doctor put her hands over my liver, she told me my resentment’s getting smaller”.

For the huge changes in her life, it’s immediately clear that Punisher is a stylistic evolution from Stranger In The Alps, not a reinvention. That doleful Danelectro ’56 is again present and the same weariness cloaks the LA singer’s brutal dissections of love and relentless self-examination. Yet the sonic picture is fuller and more detailed, with Bridgers credited as a producer this time alongside the returning Tony Berg and Ethan Gruska.

While the mood is as dread-laden as you’d expect, Kyoto is comfortably the most musically upbeat slice of pop Bridgers has released, a driving three-minute major key anthem with insistent horns that could have been arranged by Sufjan Stevens. Listen closely, though, and it voices discontent with the rigours of touring life and the singer’s painful relationship with her father. Bridgers visits the titular Japanese city she’s long dreamt of seeing, yet feels the weight of depression pressing down regardless – as she writes in the album’s liner nots on Apple Music “This is a song about being on tour and hating tour, and then being home and hating home. I just always want to be where I’m not”. 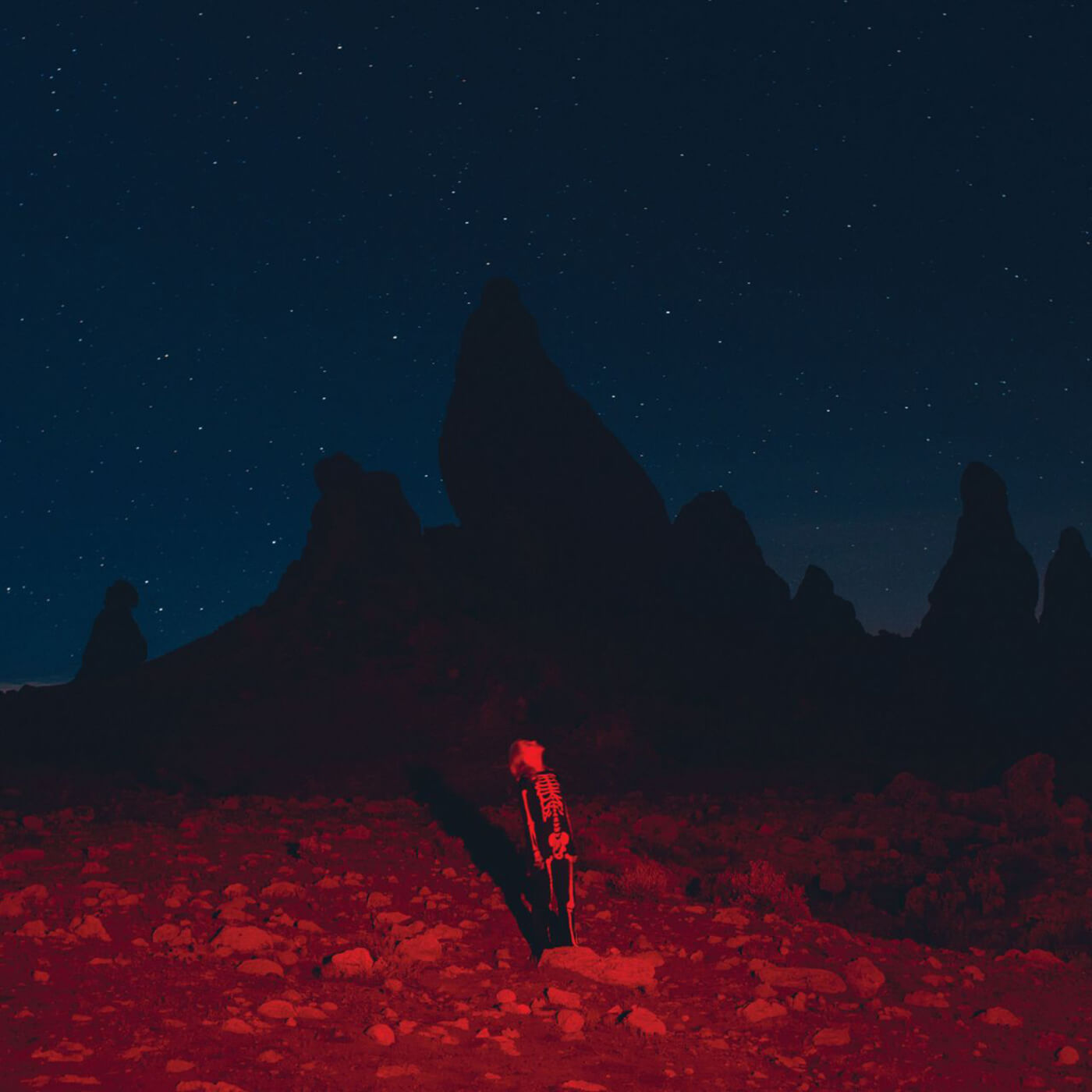 That theme recurs on the chillingly beautiful title track, a stately waltz adorned only with piano, strings and glistening electronic shards. Bridgers sounds disillusioned when she sings, “The drugstores are open all night, The only real reason I moved to the East Side, I love a good place to hide in plain sight”. The song is an ode to one of the singer’s musical heroes, Elliott Smith, casting her as an overzealous fan accosting him after a show – the titular Punisher.

Mulit-instrumentalist Mills contributes gentle muted guitar explorations and sparing drum strikes to Halloween, a sedate composition that bears the Californian producer’s tasteful hallmarks. It gets really dark as Bridgers conjures a brutal murder at Dodger Stadium, Oberst drifting in on backing vocals. And there’s another viciously wry aside. “I hate living by the hospital, The sirens go all night,” she observes in a song penned with her frequent writing foil Christian Lee Hutson. “I used to joke that if they woke you up somebody better be dying.”

Bridgers is equally close to the bone on the slow-shuffling Moon Song. “We hate Tears In Heaven, But it’s sad that his baby died,” is her dead-eyed take on Eric Clapton. That song’s sequel, Savior Complex, came to Bridgers in a dream. Over a gently plucked acoustic, fairytale strings, beaters falling softly on toms and a cameo from Mills on clarinet, she confesses, “I’m a bad liar/ With a saviour complex”. Nobody does self analysis more unflinchingly than Phoebe Bridgers.

Chinese Satellite, a song about “jogging and aliens” and her lack of faith, is far more expansive in its capacious 80s production, with airy reverb-drenched snares and in its final moments a brief chaotic volley of lead guitar notes. The album’s primary lyrical conceit trope returns, Bridgers “running around in circles/ Pretending to be myself/ Why would somebody do this on purpose?/ When they can do something else.”

“I hate your mom,” she spits on ICU, the orchestration lavishly treated, before unleashing a withering putdown: “If you’re a work of art, I’m standing too close, I can see the brush strokes”. Ouch.

The album’s closing track, I Know The End, is both utterly wondrous and the most sonically adventurous piece on the record. Stretching to nearly six minutes, it begins in quietude, soporific humming loops and strings witness to Bridgers fantasising about a quiet life at home, “no place like my room”.

Out of these quiet ruminations, a chorus-heavy guitar and motorik beat emerge, the picture evocative. “Windows down, scream along to some America First rap-country song,” Bridgers teases as strings begin to sweep. Triumphal brass and the crash of cymbals herald a great strident chorus, which suddenly pivots to become unsteadying and dystopian, a curdling scream and discordant horns finally giving way to Bridgers’ final urgent breath, all of her truths spoken.

It’s an unsettling end, a fitting allegory for the turbulent spiral in which we all now exist. You won’t find a more adept chronicler of these times than Phoebe Bridgers. Punisher is a triumph.