The Australian five-piece show that home is where the heart is on a sun-dappled second album of exhilarating melodic guitar pop. 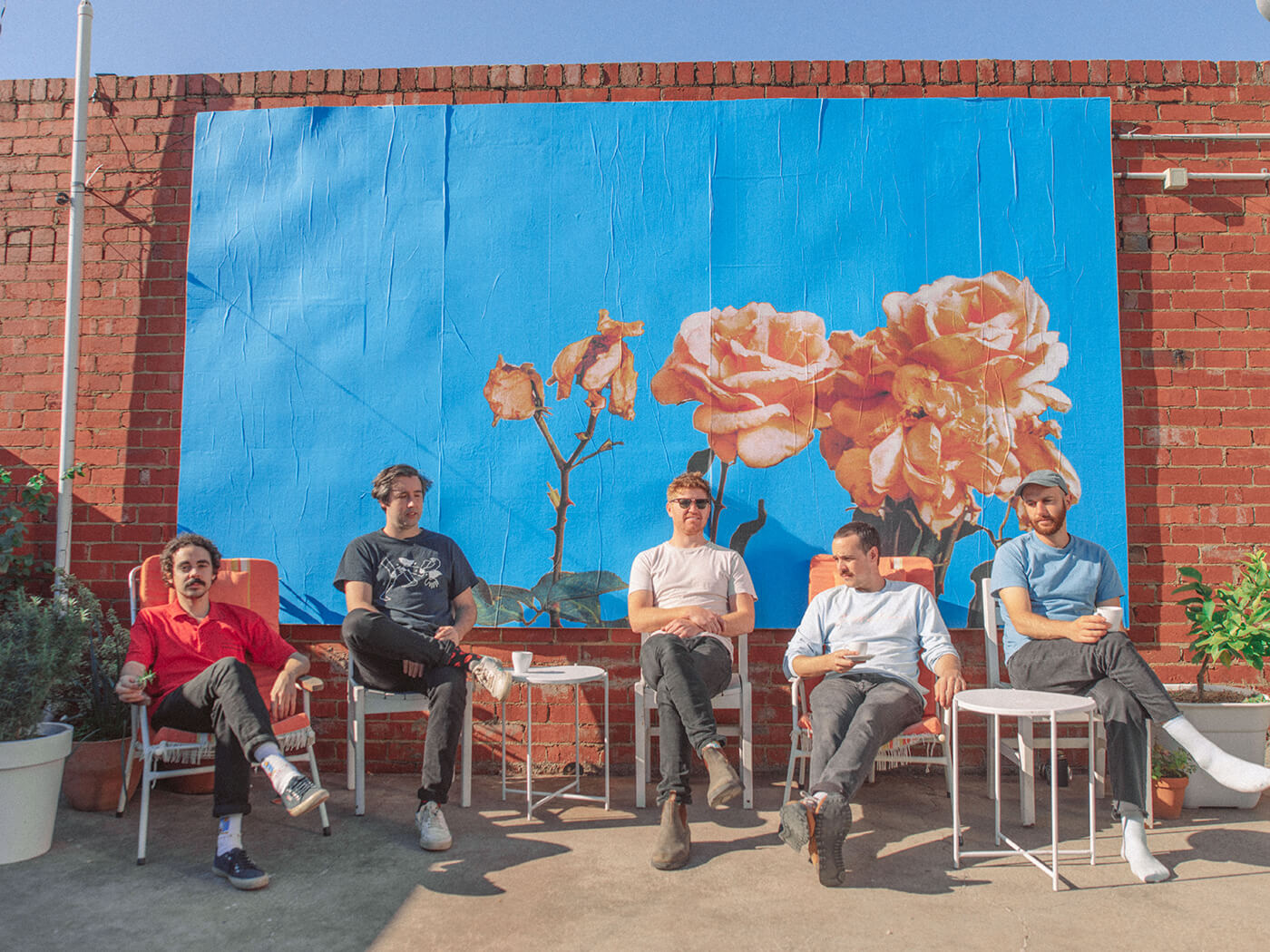 A more expansive sound on the Melbourne band's second album, but without sacrificing the visceral three-guitar brilliance of their debut.

Faced with the eternal second album dilemma, unsure whether to repeat or reinvent, Rolling Blackouts Coastal Fever discovered a new place that’s “everywhere and nowhere at the same time” on Sideways To New Italy. It’s a record that’s a scintillating journey, born on the road yet redolent of the eternal pull of home.

Released in 2018, debut Hope Downs was one of the most exhilarating indie-pop albums since The Libertines and Arctic Monkeys scored overnight success with their scruffy riffs and wide-eyed romanticism. The Melbourne five-piece have spent the two years since their first album touring relentlessly, falling into a reality-melting cycle. They returned to Australia exhausted and dislocated. As one of the band’s three singer-guitarists Fran Keaney puts it, “We saw a lot of the world, but it was kind of like looking through the window at other people’s lives.”

That sense of disconnect lies at the heart of Sideways To New Italy, alongside a yearning for friendship and community. Despite its lyrical discord, it’s an enormously hopeful record, though, a glorious distillation of summer, “reaching forward,” says Keaney and “trying to imagine an idyll of home and love”.

If there’s a fundamental difference from Hope Downs, it’s in a tendency towards the widescreen. Setting out to make “weird pop songs”, the guidance of producer Burke Reid was crucial as the album was honed down from initial exploratory jam sessions that threatened to lose sight of the band’s indie-pop escapism. While snatches of tape echo and reverse delay creep into the mix, the band’s duelling three-guitar sugar-rush remains front and centre, angular lead lines jostling frantically for position. Sideways To New Italy is simply a bigger, bolder version of Rolling Blackouts Coastal Fever.

Those grander ambitions were unveiled on Cars In Space, a brave choice of lead single. If Hope Downs‘ electrifying calling card was the rollicking Talking Straight, here is an even more potent statement of intent. Hurtling in at a barrelling rate, it’s a white-knuckle ride of tussling arpeggios and riffs, propelled by an undulating bassline that suggests Joe Russo has been paying attention to Andy Rourke’s Smiths catalogue.

Shifts in direction whistle by as Keaney articulates the unsteadying realisation that a romantic break-up is imminent. Around the three-minute mark, the brakes are applied as the song moves into a brief, tantalising instrumental section, then powers forwards into the sort of chantable multi-layered solo exchange that The War On Drugs have trademarked in recent years. We push on once more into a heady outro, Keaney’s words bristling with wanderlust, “At the intersection, waiting on the corner, bottom of the freeway, before it opens up”. 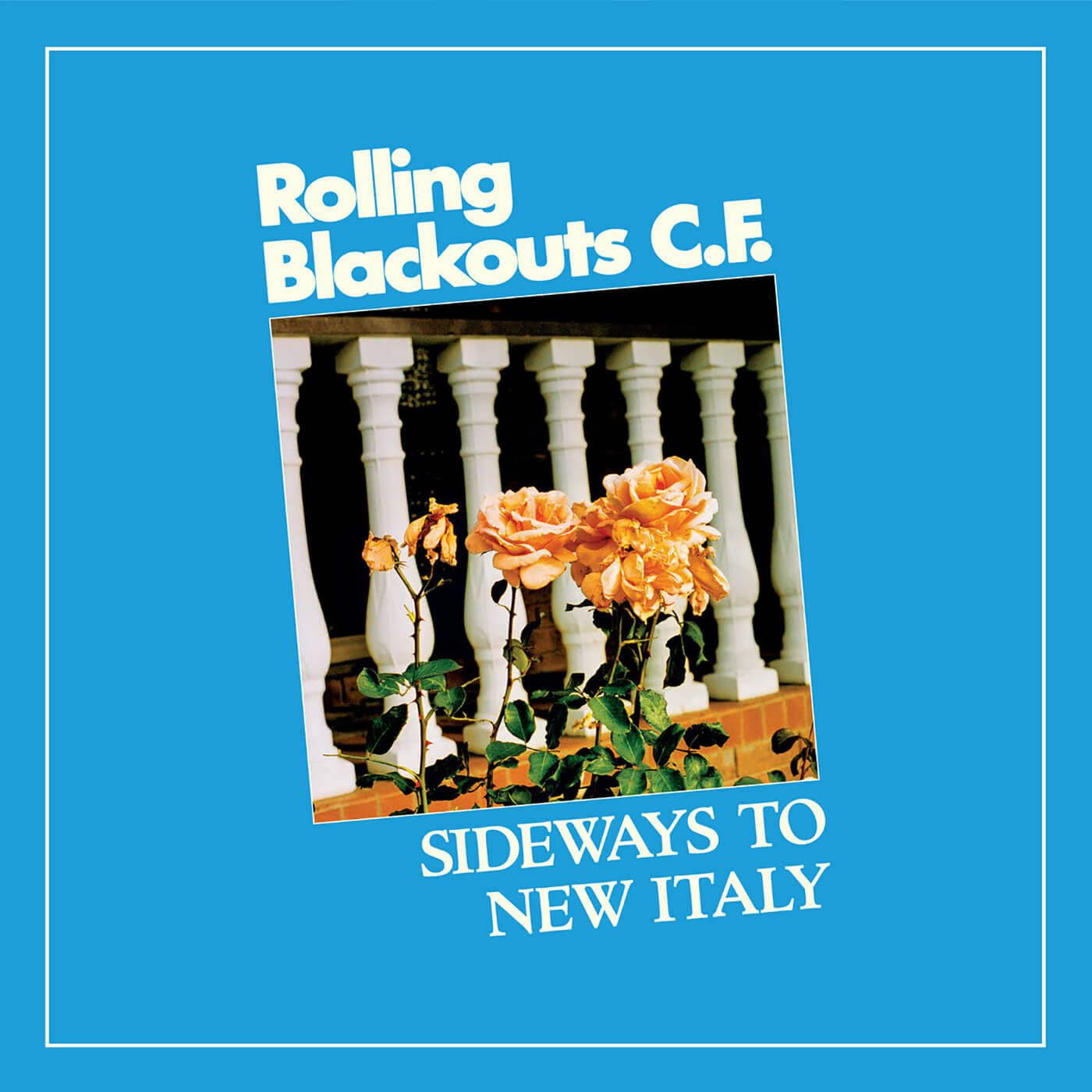 The Second Of The First begins in territory familiar from Hope Downs, thrumming acoustic rhythm, phased chords and chiming Johnny Marr-isms sparkling away like Pacific breakers off the New South Wales coast. A pair of spoken word extracts from the band’s friends back in Melbourne underline the communal sentiment at play.

It’s evident in the album’s title, too, a reference to New Italy, a tiny village of 200 people north of Sydney, founded by Venetian migrants in the 1800s. The home of drummer Marcel Tussie’s forebears, it remains scattered with replica Roman statues, emblematic reminders of their homeland. The village came to represent the band’s attempts to stay grounded during the discombobulating procession of airports, chain hotels and soundchecks.

Falling Thunder, all ebullient arpeggios and big dreamy chords, sounds as if it was written gazing from the tourbus window, with its depictions of ghosts at the service station and sun-flecked chorus pondering, “Is it any wonder we’re on the outside, falling like thunder from the sky?”.

That theme of alienation recurs on ode to infatuation She’s There, as Keaney observes “I live on the outside of everything”. Its central, chiming riff returns in various incarnations, burrowing deeper into the subconscious, at one point electric, untamed and lavished with reverb, at another nimbly picked out on an acoustic.

Sideways To New Italy‘s lyrics may drip with homesickness, but musically this is a place where it’s always summer, the air scented with nostalgia. The Only One is joyously laconic, with its wailing harmonica, chopped chords and kaleidoscopic beat. Tussie previously played in an Afrobeat band and he’s unshackled to great effect throughout Sideways To New Italy. The song’s chorus is a hazy wonder, while the airy vocal and jangling Byrds-y chords in its middle eight suggest a fondness for The Stone Roses’ Sally Cinnamon.

Cool Change contains shards of a song from the band’s original three-piece incarnation, the chords in the rousing Cameo were salvaged from an aborted track called Hope Downs and asides and callouts to the quintet’s circle of friends abound. Yet it never distracts from the sense of a band with a rare gift for thrilling melodic guitar-pop coming of age.

There’s a striking through line connecting some of the most exhilarant guitar acts of modern times to this band, from the Ramones and Buzzcocks via The Smiths and Go-Betweens to The Libertines and The Strokes. On Sideways To New Italy, they’ve taken that glittering heritage and pushed further, deftly navigating the pitfalls of second album syndrome to craft a bigger, subtly more inventive version of themselves.

Returning home from conquering the world, Tom Russo had marvelled at the attempts of those Italian migrants to “build a utopia of where your heart’s from”. And that’s what Rolling Blackouts Coastal Fever have achieved with their second album. It’s a truly wonderful place.