by Huw Baines
The 1975
#Artist#Pop
Reviews

British megastars end to their ‘Music For Cars’ era with a diverse and unfocussed opus. 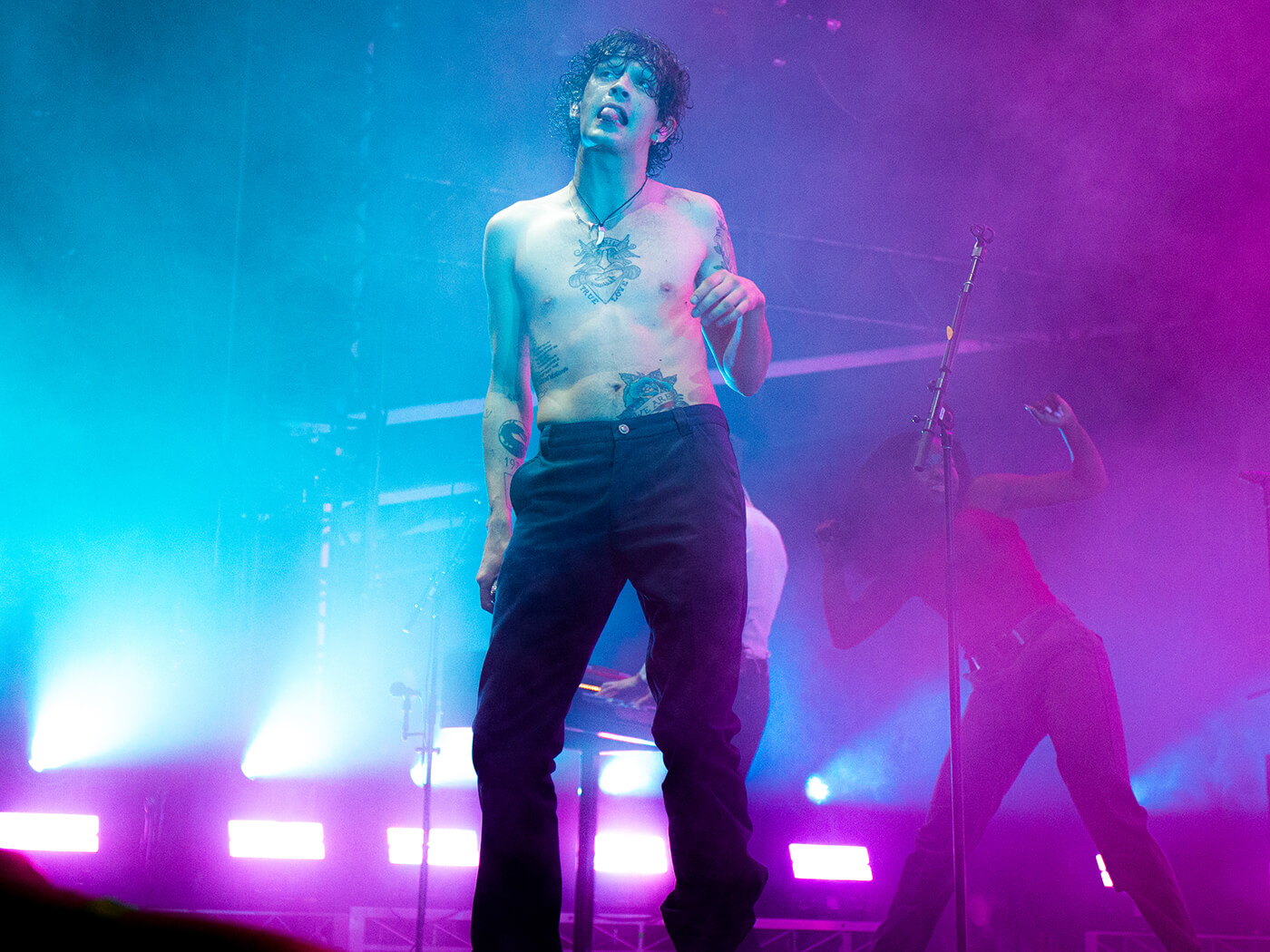 A sprawling, muddled opus that frustrates when the occasional slices of guitar-pop brilliance that shine through.

The 1975’s career might easily be picked apart as a maddening set of inconsistencies. They are among the world’s most confrontational bands, yet their music can often conveniently be filed alongside similarly inoffensive purveyors of gauzy retro-pop. Frontman Matty Healy speaks with compassion and insight about climate change, addiction, and the lives of young people on the one hand, yet on the other, recently displayed a disappointing lack of empathy towards independent artists struggling in these unprecedented times because he was “bored”.

It’s a strange contradiction, but one that ultimately infects The 1975’s feverishly-anticipated fourth album – their hit-making skills are as scalpel-sharp as ever, but too often they’re dulled by empty instrumental passages and throwaway skits. Notes On A Conditional Form is intended as an Important album, but its meandering nature ensures that it never truly gets its hooks in.

Make no mistake, though, this is the most 1975 move the 1975 could have made at this juncture. In another timeline they might have set the seal on their imperial phase with a crisp, chart-friendly collection of bangers, but instead they have turned in an 80-minute epic that perfectly encapsulates their strengths, weaknesses and idiosyncrasies.

The 1975 are yet to make a concise album (previous efforts have clocked in at 16, 17 and 15 tracks respectively) but Notes On A Conditional Form pushes the envelope with 22 cuts that entrench the band on the bleeding edge of the streaming-friendly post-genre present. The pillowy guitar-based indie-pop that made their name is still an effective part of their arsenal, but here it shares space with snotty punk pastiches, brittle acoustic folk, UK garage workouts and glitchy electronica.

The album opens with a sobering message from climate activist Greta Thunberg – “All political movements in their present form have failed” – overlaid with five minutes of rudimentary piano. Worthy it might be, but it’s something of a relief when Adam Hann’s bilious guitars steam in to lift the tempo on People, a quasi-Refused rager possessing enough irony to situate it as 2020’s answer to Blur’s Song 2. They don’t seem interested in maintaining that energy, with the momentum instantly fizzling out as we move into lightweight modern classical instrumental The End (Music For Cars).

Drummer-producer George Daniel again proves to be an expert foil for Healy’s creative shapeshifting, boldly allowing each diversion its own say without relying on anything approaching a unifying sound. The obvious knock on effect is that a number of songs are deeply affecting in isolation without adding much to the album as a sustained conversation. Healy, for example, dovetails nicely with Phoebe Bridgers on the plaintive acoustic-driven Jesus Christ 2005 God Bless America… only to chug the limp country-rock of Roadkill like backwash.

Despite their status as one of the most visible and popular guitar bands on the planet, it’s frustrating that some of Notes On A Conditional Form’s least successful moments arrive with six strings at the fore – Roadkill is one offender, while the saccharine The Birthday Party is straight from Ed Sheeran’s dog-eared playbook.

Then Because She Goes displays a neat line in fuzzed-out shoegaze guitars, but lacks the melodic savvy to stick the landing as a Teenage Fanclub homage. Next to a song like I Think There’s Something You Should Know – a coiled, uncertain look at impostor syndrome set to swirling polyrhythmic electro – these tracks are a tad one-note.

On the other side of the coin, the sleek riff of crossover radio hit If You’re Too Shy (Let Me Know) is Pink Floyd’s Run Like Hell fed into a karaoke machine and primed for the uplifting ending of a teen movie. Tucked between the esoteric Chemical Brothers-lite of Shiny Collarbone and Playing on My Mind’s delicate, folksy emoting, it’s an exercise in mechanical pop that sets in stone the 1975’s understanding of how this stuff works, balancing the record’s playlist sprawl with their ability to make the right move at the right time.

Lacking the poise and sense of purpose of its predecessor A Brief Inquiry into Online Relationships, Notes On A Conditional Form wears its drawn out, messy genesis (almost two years of writing and recording, upwards of a dozen studios) on its sleeve. It’s the sort of grand statement that major rock bands eventually decide to indulge in, but like many before them, The 1975 have found that saying whatever they want however they want has diluted the message that took them to the top.