Embroiled in record company wrangling, the future looked bleak for Wakefield’s favourite sons, until the intervention of the nicest man in rock. The resulting album is one of the most joyful entries in the band’s catalogue.

Not for the first time, Dave Grohl proved to be the saviour. Having released their fourth consecutive UK top 10 album, the Steve Albini-engineered 24-7 Rock Star Shit, in 2017, The Cribs split from their management company and found themselves mired in legal red tape. Prevented from releasing new music and unable to tour, it led the Jarman brothers to question whether the band were finished after seven albums that had seen them become one of the most loved cult guitar acts in Britain over the past two decades.

Step forward uncle Dave, Foo Fighters main man and all-round Good Guy, backstage at Manchester’s Etihad Stadium in June 2018 after the two bands had played together. Grohl invited The Cribs to escape all the business bullshit and record a new record at his 606 Studio in Los Angeles. That record is Night Network and it’s a certified Cribs classic as infectious as anything in their catalogue, fairly brimming with riffs, melodic hooks and heart-swelling romanticism.

Recorded over two weeks in LA, the elemental joy of Motown is audible in the DNA of these arrangements, decorated with an exhilarative shoegaze guitar wash and the teenage melodrama of 40-year-old Ryan Jarman’s eternally hopeful lyricism.

The disillusionment of those industry struggles is chronicled on sparkling opener Goodbye, the Jarmans – two of the three now dispersed from West Yorkshire to Portland, Oregon and New York City respectively – waving a wistful farewell to that chapter of their lives. Their swoonsome Beach Boys harmonies and some irresistible lead playing are an absolute delight. “That was our way of saying ‘goodbye’ to that period of our lives. Let’s move on,” says drummer Ross.

They don’t dwell on that traumatic career-threatening experience beyond the opening track. Running Into You is an immediate banger that rattles along for a shade under three minutes, its triumphant choruses elevated by white-knuckle unison bends and gleeful tambourine and snare hits borrowed straight from the Hal Blaine textbook. 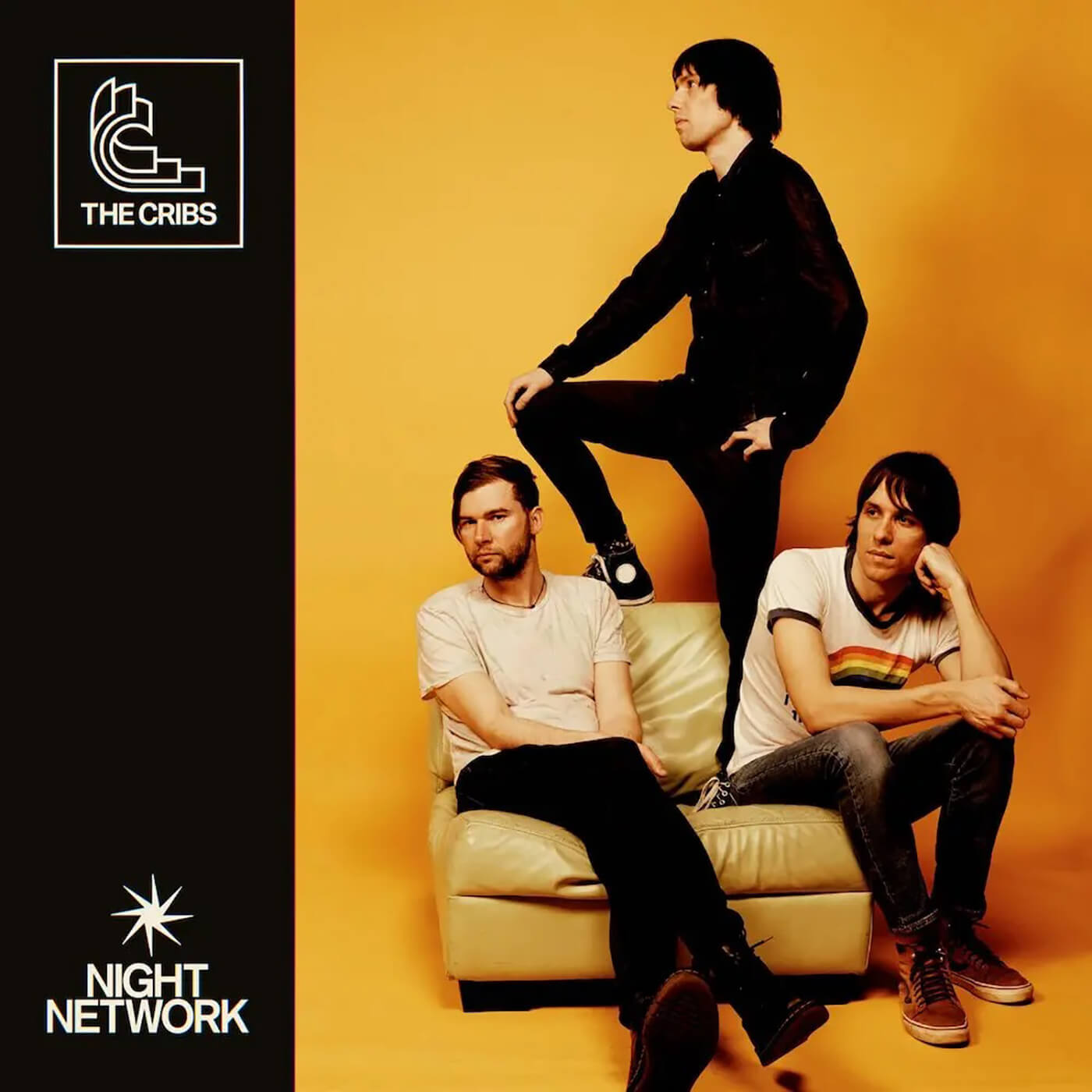 After the harsher sonics favoured by Albini, it’s refreshing to hear the band’s consistent ability to finely whittle a chorus allowed to win out on each of these 12 songs. Nary a second is wasted.

More than once on Night Network, Ryan Jarman’s much underrated winning way with a universal phrase shines through. It’s instantly memorable when he sings on the album’s third song: “We’re the still same kids, screaming in suburbia”, no doubt to the nostalgic delight of several thousand long-term fans. Later, on Never Thought I’d Feel Again, he breathes striking beauty into the seemingly mundane as buzzsaw guitars whirl around him, and his mind drifts away to images of skylarks and discrete landmarks in the West Riding. Jarman packs in all the heady naive possibility evinced by Tim Wheeler on Ash’s 1977 or Rivers Cuomo on Weezer’s Pinkerton when his dreamy falsetto urges, “Come on, let me know if you feel it too”. It’s nigh-on impossible not to.

Sonic Youth’s Lee Ranaldo makes a second Cribs guest appearance after a spoken word cameo on 2007’s Be Safe, thrillingly painting great washes of sonic mayhem all over the background of I Don’t Know Who I Am, and dropping in a backing vocal for good measure.

The Motown vibes are most prominent on the reflective Under The Bus Station Clock, Ryan’s arpeggios flickering away with all the vivacity of one-time bandmate Johnny Marr and his younger brother’s drums beamed in straight from Detroit. Furthermore, Siren Sing-Along is just about the sunniest thing you’ll hear this long, lockdown winter, bounding along on an elastic bassline and a chorus riff that’s a fuzzy joy, Jarman brilliantly bittersweet when he addresses his “self-inflicted sickness”, trilling with a self-deprecating sigh, “I beat myself so much worse than any rival could”.

He sounds similarly fatalistic when he admits “Now I’ve got to the point when I don’t want to wake each morning” on the closing In The Neon Night, but these downbeat observations are brief black departures on a record that positively soars with youthful optimism, and that’s a currency in short supply right now. After flirting briefly with calling it a day, here’s abundant evidence that there’s plenty more life in Wakefield’s finest yet. They haven’t sounded this good in years.