​The Big Listen: Thurston Moore – By The Fire

The former Sonic Youth man blends the accessible and the experimental as he celebrates “the glory of the three- or four-minute rock song” and much more besides.

Thurston Moore would never claim to be all things to all people, but his new record, By The Fire, does a fine job of squaring his interests in freeform guitar exploration with the sort of bristling indie-rock workouts that Sonic Youth were able to turn into prized outsider cool artefacts.

In the decade since the messy fracturing of the band he co-founded amid the art-punk mélange of New York in the early 1980s, Moore has balanced solo records that exist in his wheelhouse with life in London as a sort of experimental music mage, collaborating with noted free improv musicians and seemingly pushing himself further and further from the ideals of a concise pop song.

But current evidence suggests he’ll go out on his shield before giving up on either side of his creative approach entirely. By The Fire finds a sense of balance between its more straightforward opening statements and the esoteric wandering that characterises the latter stages of the running order, partly thanks to the fact that songs like Cantaloupe belong in the first camp while remaining only one step away from a full blown psych meltdown.

“There’s the glory of the three- or four-minute rock song that I don’t ever want to walk away from,” Moore recently told us. “There’s a bit of a balance between creating an extended piece of music that still feels like the sum of a proper song. You push the barriers but before you go too far you bring it back. It’s fun to edit yourself.”

The LP’s third track, and its first epic section, Breath, is a perfect example of this approach as jagged, squalling chords settle into a rolling verse and unfussy, quietly affecting vocal hooks. Moore is content to drive things and gradually ease off into meditative moments of guitar interplay, and here there is a tangible sense that the song is evolving before doubling back on itself.

It’s a thread that continues throughout the undulating Siren, which stretches languidly across 12 minutes and cribs a few ringing high notes from the world of post-rock. At its mid-point, though, the song collapses in on itself, succumbing briefly to all-out noise before emerging blinking into the light again. It’s a cheap trick, but it works. 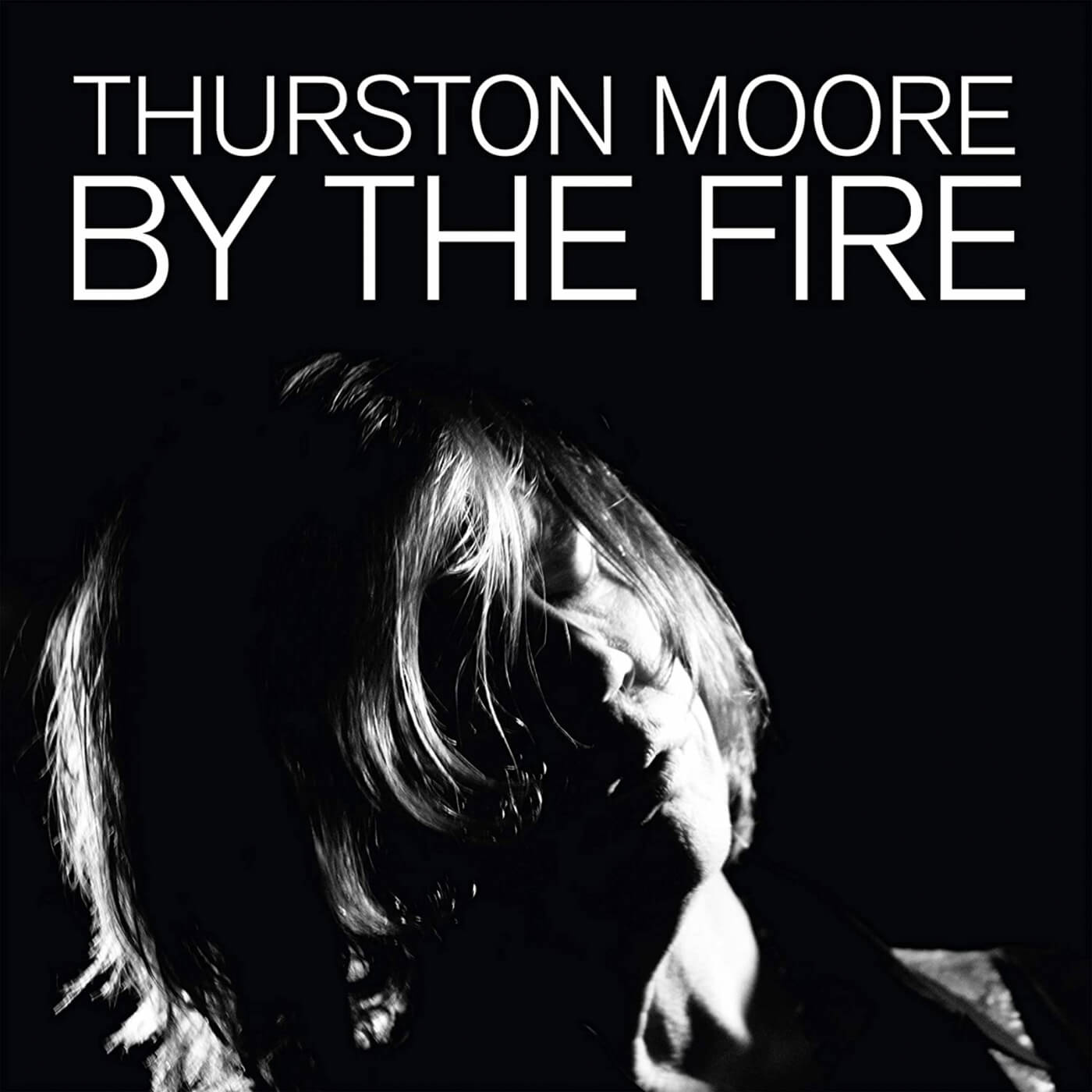 Moore’s band, featuring My Bloody Valentine’s Deb Googe on bass, Jon Leidecker on electronics, and Sonic Youth’s Steve Shelley splitting drum duty with Jem Doulton, are dialled in and responsive, with guitarist James Sedwards proving to be a key collaborator. On Dreamers Work he and Moore weave simpatico shapes, enlivening the record’s most spartan, elegiac arrangement.

There are moments on By The Fire that work wonderfully in isolation—the clever counterpunching riffs at the heart of Calligraphy, the low-slung, almost thuggish, Sonic Youth worship of Hashish or the creeping menace of They Believe in Love (When They Look at You)—but as a whole piece it requires a great deal of patience from the listener. That, or the acceptance that we’re operating on Thurston Moore’s time.

The closing throes of the record are contained within the 14-minute sprawl of Venus, a tangled web that finds Moore investigating the outer reaches of his Jazzmaster’s neck. It’s a trancelike almost-cacophony that at its most urgent mashes together the extraneous noise elements of Pere Ubu and the top-end fury of Deafheaven’s Dream House. But, despite movement being key to its composition, it feels static.

Instead, the overall effect it conjures is of looking up at a vaulted ceiling, with the notes disappearing into the cavernous space. It is ambitious, self-indulgent and wilfully difficult, which are all usually positive notices when attached to Moore’s music. It has far more in common with Galaxies, a 55 minute work for 12 12-string guitars released on his recent Spirit Counsel box set, than it does with much of By The Fire but its inclusion does serve as a fitting capper to a record that grows more experimental over time.

It’s doubly fitting because when the last note on By The Fire rings out, its status as a garden variety record containing songs that march in some sort of unison has been left way, way behind in the rearview. It’s perhaps better, and more enjoyable, to view this as an exercise in craft, whether that’s as Moore’s latest attempt to write a classic self-contained rock song or as an open-ended musing on the scope of the guitar as an instrument. Expecting a succinct answer? You’re looking in the wrong place, man.