On album eleven, Auerbach and Carney return to their whisky-soaked Delta blues roots. Steady it may be but Dropout Boogie also exudes The Black Keys’ magnetic character.

There’s a sense of slippers-donning comfort to spinning a Black Keys record. We’re all very familiar with Dan Auerbach and Patrick Carney’s musical universe by now, defined as it is by classic blues-adhering grooves, fuzz-soaked leads, Auerbach’s vocals pushing the mic’s tolerances, and the driving stomp of Carney. While blues adherence is the band’s spiritual throughline, it’s the duo’s charisma – palpable in their contagiously joyful musical relationship – that is the key to the Black Keys’ longevity.

So too, of course, is Auerbach’s penchant for twisting the orthodox pentatonic scale routines of yore into seductive modern earworms, as on the still inescapable Lonely Boy, Tighten Up and Fever.

Ever since 2010’s Danger Mouse-helmed Brothers wrenched the pair out of their homemade trappings and redefined The Black Keys as a globally respected, chart-assaulting powerhouse, the pair have been an omnipresent rock fixture. But a desire to return to the traditionalism of their early work led to 2019’s self-produced Let’s Rock, as well as last year’s Mississippi hill-country blues covers collection Delta Kream. It’s in that same spirit of musical purification that new record Dropout Boogie was crafted. Across 10 tracks, Auerbach and Carney’s ethos is stripped back to its very foundation – and is all the more formidable for it.

Approaching the record as a blank slate, with everything written and recorded by Carney and Auerbach at the latter’s Easy Eye Studio in Nashville, it’s clear that this album was intended to sound unvarnished, with minimal overdubbing or contemporary mix peppering. Opening with a twin volley of singles, the jerking Wild Child and the downcast, sultry It Ain’t Over, Dan and Patrick quickly mark out this more elemental version of their blues orthodoxy. It’s clearly a lake that they’re comfortable swimming and, while the buzzing, lo-fi solo of Wild Child is an early thrill, the most palpable takeaway is the duo’s seemingly punk-ish zeal in shunning the expectations of modern ears. The message is clear – The Black Keys are more of a blues-rock band now than at any point since 2006’s Magic Potion.

For the Love of Money smashes this objective home with even more certainty. Its rigid, bluesy shuffle, non-stop beat and jostling leads keep a perpetual motion wheel turning, as creative octave-shifted sounds colour the fringes of the mix. The whole thing sounds like it was just birthed 10 minutes ago, in the corner of a dank, beer bottle-strewn basement. 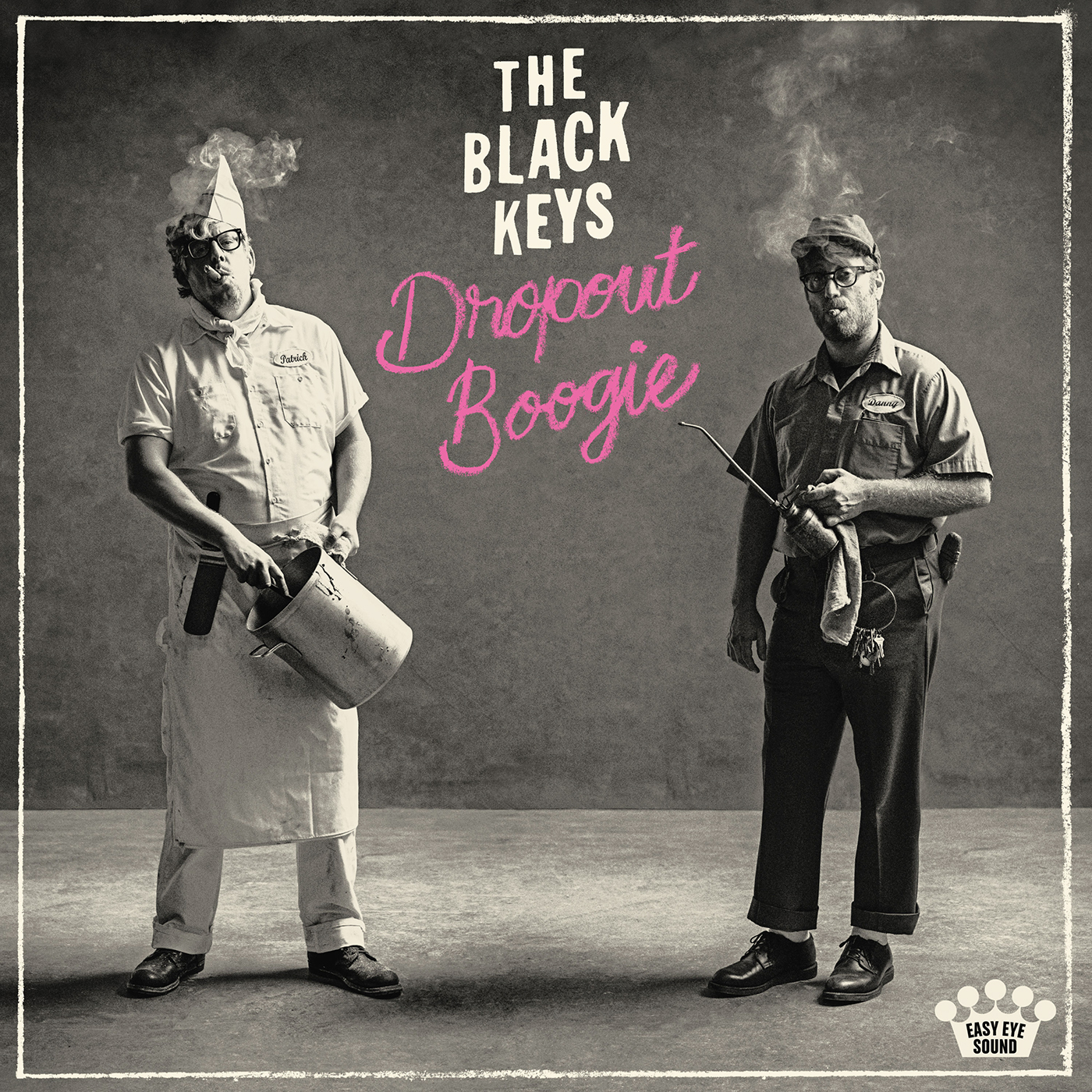 This illusion of spontaneity is central to the mood of Dropout Boogie and on next the track, Your Team is Looking Good, Auerbach’s ramshackle doublestop riff conjures images of a fumbling bedroom guitarist attempting a ZZ Top-style showboating set piece. Speaking of which, the debt that this track – and the Black Keys’ philosophy – owes to Texas’s bearded wonders is paid in full on its follow-up, with a guest appearance from Billy F Gibbons, interjecting the steaming lead lines of Good Love. While Auerbach’s detuned rumblings establish the corners of a delicious groove, Gibbons is given a field of space in which to run riot.

Flipping to side B, the introspective pulse of How Long comes as a soothing balm after this salvo of standard-form workouts. There’s some really clever and refreshingly subtle guitar work here, from the feedback hums that layer the soundscape with a swelling, near-cinematic feel to the elegant shrieks of the lead line that slides in and out. As the track fades out, we hunger for more of this sensitive and nuanced version of the Keys – particularly as it comes as an island of melancholic calm in the midst of some hairy bluesman action.

In contrast, the sizzling Burn the Damn Thing Down refires the rock train. Despite dripping with fuzz, the melody here is pretty damned nice, while springy and insistent leads jibe with an intensity that recalls some of Thickfreakness’s more raggedy moments. The swampy Happiness is crying out to be synched to a Western, with searing licks and an expansive, stereo-stretching sound. Rounding out the album comes the shimmying riff of Baby I’m Coming Home, which flicks a switch from its constricted, knotty verse into a super-satisfying release in its chorus. Finally, the lo-fi soul of Didn’t I Love You concludes the album, and harbours one of Auerbach’s most graceful solos – though it takes its time to untangle itself from the muddy arrangement.

While there’ll be some listeners who will tire quickly of Dropout Boogie’s stylistic conservatism, there’s little to dislike here – and a fair bit to love. Wicked opener Wild Child, Gibbons’ show-stealing turn on Good Love and the swelling serenity of How Long are just three dazzling choice moments. The Black Keys have undoubtedly succeeded in returning to their dingy, blues-bar roots – but they have uncovered some arresting musical backroads too.

The Black Keys’ Dropout Boogie is out now.