The Genius Of… Are We There by Sharon Van Etten

The New Jersey songwriter switched to the present tense on an emotionally raw fourth album that showcased the devastating power of her voice and placed her at the centre of New York’s indie-rock community. 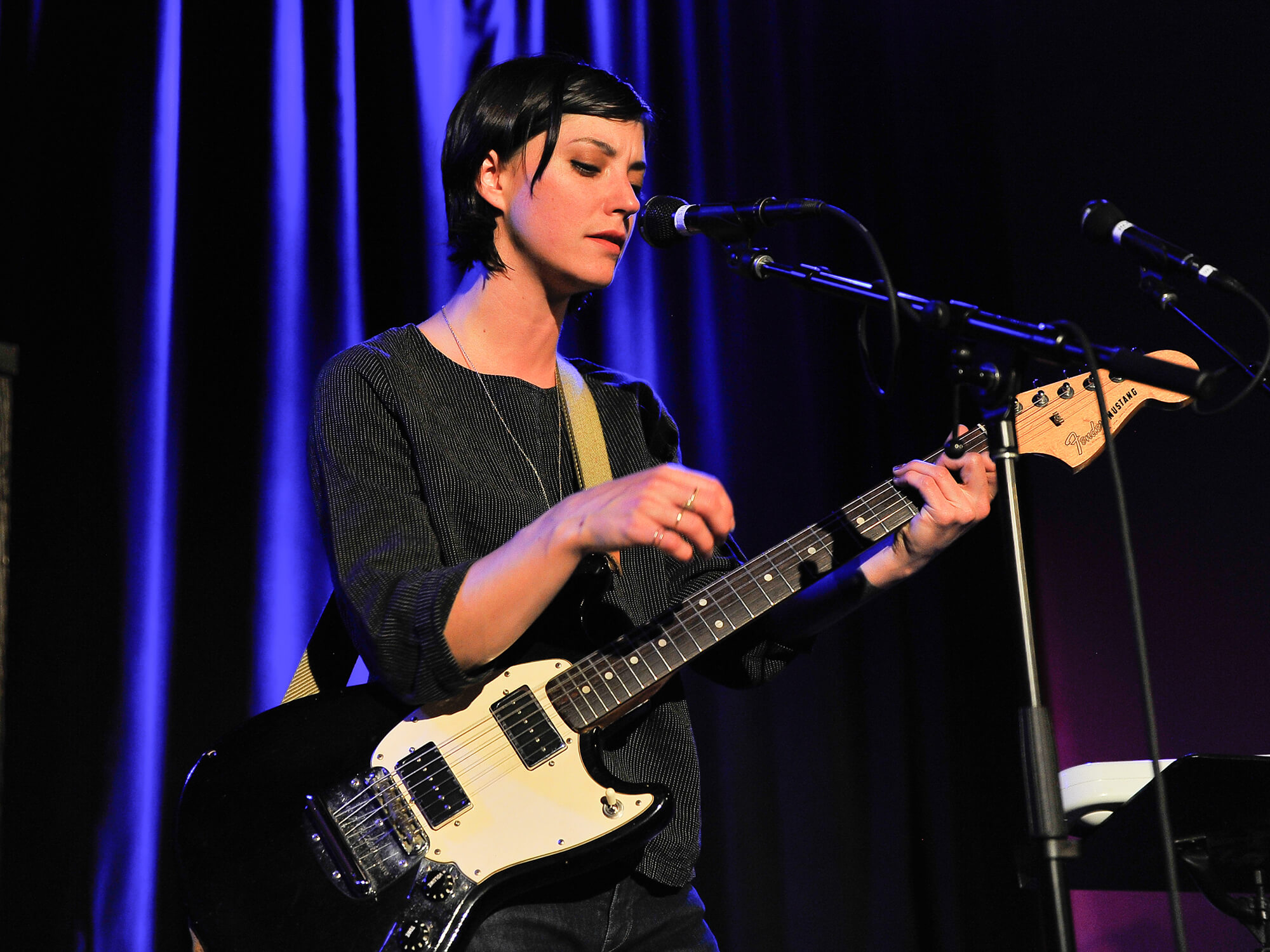 “My mom used to ask when I was gonna write a happy song,” Sharon Van Etten recalled in 2014. “I tell her it’s when I start to write happy-sounding songs that everyone needs to start worrying.” Well, there was certainly no cause for Mrs Van Etten’s concern on Are We There, a brutally honest career-defining record that chronicled the searing heartbreak of a crumbling relationship in microscopic detail.

By 2014, Van Etten was on her fourth album, having moved back to New York after several years in Tennessee that saw her trapped in a toxic relationship with an abusive partner who forbid her from practising while he was home and smashed her guitar. “He told me I wasn’t good enough and I believed it,” Van Etten told Pitchfork.

She finally fled home to the East Coast, where her career began to flourish, funnelling the bitter experiences into cathartic vignettes relayed with a voice of staggering power. Soon, she was attracting fans including The National’s Aaron Dessner, who rates Van Etten “one of my favourite songwriters” and Justin Vernon, the Big Red Machine pair teaming up to cover Love More from Van Etten’s sophomore album Epic. Another early convert, TV On The Radio’s Kyp Malone, enthused: “Her voice cuts through the wall I’m constantly trying to build around my heart.”

Dessner produced breakthrough third album Tramp, providing the blistering guitar squall on its lead single Serpents, but for Are We There Van Etten opted to self-produce, and her ambition paid off. Work began at the end of the Tramp tour in August 2013, with the songs once again cloaked in sadness as she was forced to choose between continuing another lengthy relationship or focusing on music. She told Mojo: “I had no idea I was writing a breakup record, but that’s what I ended up doing.”

A force of nature

While previously Van Etten had mined past heartbreak for inspiration, Are We There is the sound of a partnership dissolving in real time. “This album is everything that’s going on with me right now,” she told The Line Of Best Fit after completing the record in January 2014. “The whole record’s basically about career versus relationships. In the end I chose having a career, because apparently those are my only two choices.”

The sessions at Hobo Sound in New Jersey and New York’s Electric Lady were “nose to the grindstone”, with multi-instrumentalist Van Etten’s main guitar a 1965 Fender Jaguar, alongside her long-serving Gibson ES-135, Ruby. Co-producing with twice Grammy winner Stewart Lerman, Van Etten recorded two versions of each song – one with the band and another playing every instrument herself. Lerman tricked Van Etten into thinking they were laying down pre-production sketches, when he was in fact recording final takes and capturing a spontaneous energy. “That record is really half the band and half her,” he says. “And I don’t think you could tell which is which. She’s a force of nature.”

With the soundscapes more polished than on Tramp, the ferocity of Van Etten’s voice floods all over the arrangements, easing from veils of ghostly harmonies to a towering vibrato-rich roar in a heartbeat. “It’s amazing to watch her in the studio, because she can sing three, four, or five-part harmonies with herself perfectly on the first try,” says Dessner.

Among the musicians backing Van Etten were bandmates Heather Woods Broderick, Doug Keith and Zeke Hutchins, plus Mackenzie Scott (Torres) and The War On Drugs’ Adam Granduciel and Dave Hartley. Granduciel is another fan drawn into this sphere of sumptuous melancholy, but says the songs transcend their heartbreaking roots: “It’s not Sharon’s dark world, it’s those feelings put into beautiful music. It’s really just the best kind of music like that. I don’t want to call it sad, but it’s intense, heartfelt, real music.” 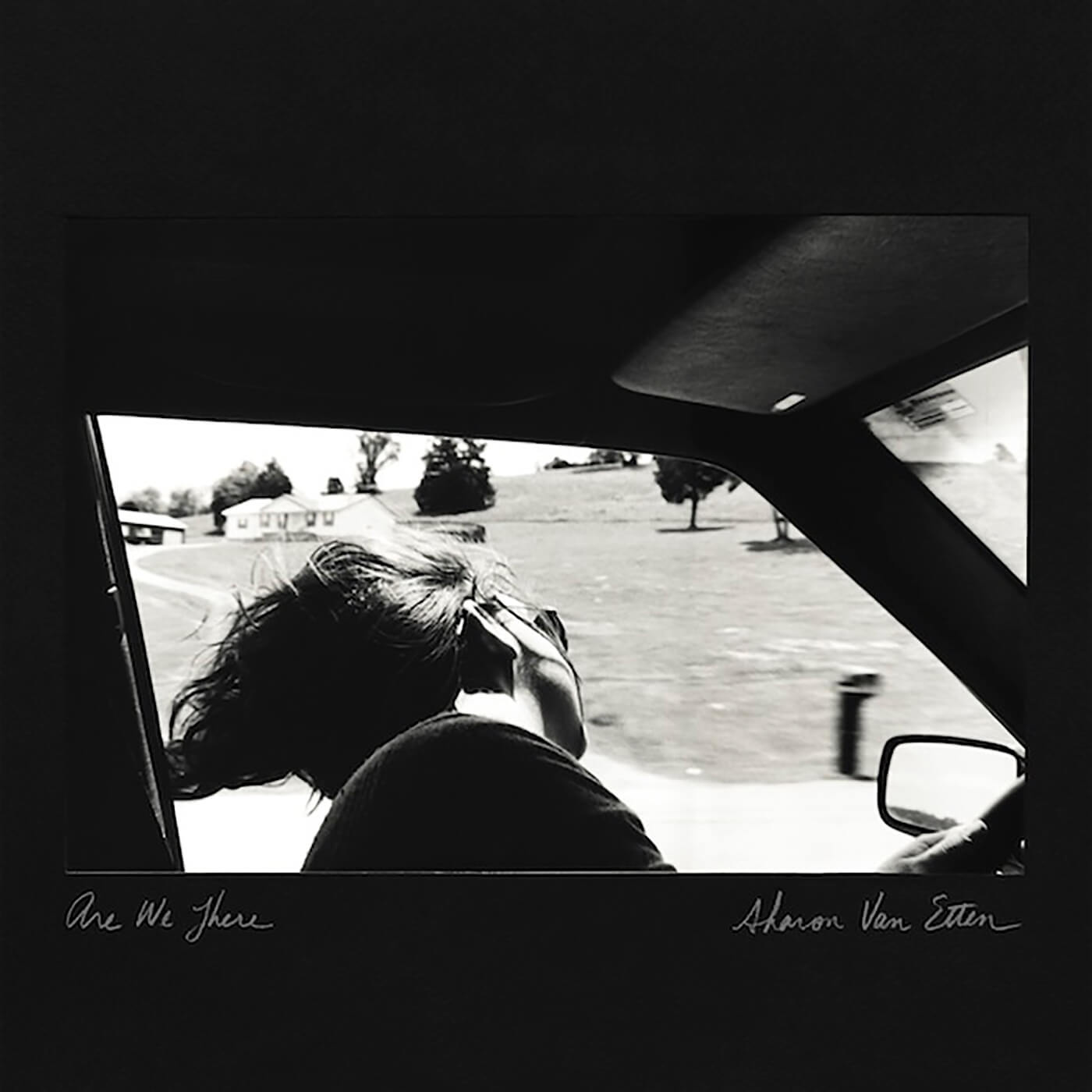 Are We There commences with dreams of unreachable contentment on Afraid Of Nothing, a one-note riff flitting around sombre piano chords before the song settles into a country-flecked waltz, Van Etten ascending to the higher echelons of her register as she appeals “I need you to be afraid of nothing”.

Such hopeful thoughts are brushed aside by the unrelenting Your Love Is Killing Me, nicknamed by Van Etten ‘The Beast’. Angular shards from her Jaguar and a rattling snare pattern are overshadowed by the awesome potency of her vocal as she urges: “Break my legs so I won’t walk to you, Cut my tongue so I won’t talk to you”. It’s an emotionally sapping onslaught, which needed to be deployed carefully. “When mixing, you pick how long you wait between songs, and with that one it was like, ‘We need to wait longer’. You need two long sighs before the next song,” Van Etten told The Guardian.

Our Love provides immediate sonic levity, although she returns to barely healed scars on a song about letting love go, singing “You say I’m genuine, I see your backhand again”. Against a soul-tinged electronic beat and Omnichord drone, the outro is decorated with a percussive guitar riff and tremolo-rich arpeggios, a moment of calm amid the storm.

The album’s centerpiece, Tarifa, recalls happier times in Andalusia. There’s a refined majesty in its sedate 3/4 progression – C/G, Am, F, G, G7 in the verses and F, C/G, G, G7 in the stirring chorus, dappled with a wistful woodwind fanfare. The coda is as delicate as a ladybird’s wing, Van Etten sighing “fall away somehow, to figure it out”.

Are We There continues to flit between featherlight beauty and chilling candour. You Know Me Well has the dark severity of a Nick Cave murder ballad, a tangle of thudding toms and rumbling tremolo-treated open strings, while on Break Me she recalls a lover who “can break me with one hand”. Keith’s icy B-string riff glints away like winter sunlight dancing off an Alpine stream “I Love that,” says Granduciel. “It just lifts the whole song, it’s really natural and pretty.”

The album’s lead single, Every Time The Sun Comes Up, is saved until last, a sanguine conclusion that Van Etten describes as “my Bruce Springsteen kind of doo-wop”. Over cycling C/G/F chords played with a capo at the first fret, she beats critics of her earnest balladry to the punch, joking “People say I’m a one hit wonder, but what happens when I have two?” Despite its grave origins, Are We There is an album imbued with wry humour.

“The growing pains have subsided, the training wheels have come off… Sharon Van Etten is here,” announced The 405 in their emphatic review of Are We There, an album both Q and Rolling Stone placed among the top 20 of 2014. Pitchfork’s Jayson Greene applauded the “great deepening of the power of Sharon Van Etten’s emotional range, of her songwriting and the potency of her voice.”

Yet change was in the air as the New Jersey-born musician pursued the happiness Are We There’s opening song yearns for. “When I write, it’s for therapy,” she told Time Out, and therapy proved to be her calling. After years of fans seeking solace in her lyrics and advice at the merch table, she paused her music career at its apex to retrain and earn a degree in psychology, telling The Guardian: “It made me realise it’s something I want to figure out, to help people learn how to communicate.”

Sharon Van Etten followed her most complete album by retreating from music for five years, going back to school and making her acting debut in Netflix series The OA. “I kind of laughed at life but said, ‘You know what? These are all things I want to do’,” she told Rolling Stone as she announced her return in 2019 with the synth-heavy, 80s-referencing reinvention Remind Me Tomorrow, produced by John Congleton.

Having for so many years documented the agonising trauma of controlling partners and doomed relationships, and having to choose between her career and love, it all came full circle in 2017 when Van Etten and her long-time drummer and romantic partner Hutchins welcomed their first child into the world. Perhaps she didn’t have to choose after all.