The Genius Of… Automatic For The People by REM

REM’s eighth album may not have been the strident mainstream rock record many expected as a follow-up to 1991’s breakthrough Out Of Time, but it’s a refined, multifaceted masterwork that pointed the way for a generation of alternative guitar bands.

As the spring of 1991 dissolved into summer, REM were riding high. Their seventh album, Out Of Time, had topped the charts on both sides of the Atlantic and was on its way to selling 18 million copies worldwide. “Buoyed by the success of Out Of Time and Losing My Religion, feeling like I had the world’s ear, I felt like I could do anything; confident and powerful, but vulnerable,” remembered the band’s erudite frontman Michael Stipe.

Having made their most successful record yet, REM quickly began work on Automatic For The People, deciding against touring Out Of Time. Instead, guitarist Peter Buck, bassist Mike Mills and drummer Bill Berry convened at their West Clayton Street rehearsal room in Athens, Georgia for initial instrument-swapping writing sessions, with Stipe not present.

The intention had been to follow Out Of Time with a mainstream-friendly rock record, but when presented with the initial demos, Stipe called them “pretty fucking weird”. By the time the band had wrapped up work on their eighth album over a year later, they’d recorded in six different cities, delivering a majestic, affecting but often sombre portrait of the United States, with lyrics that delve deep into heartbreak, mortality and a fracturing society. It was written, says Stipe, in “Politically the darkest era America had ever seen”.

“It was kind of a down record with a lot of minor keys, and we were at the age when Michael was thinking a lot about mortality, so I didn’t expect it to be a huge hit,” said Buck later.

Despite such misgivings, it was a huge hit, arguably the biggest in a catalogue that stretches to 15 albums, the calling card of a band who never tarnished their legacy before quitting in 2011. And if you want to talk about legacy, it’d be quicker to write a list of American alt-rock bands who weren’t inspired by REM and Peter Buck’s guitar playing.

Often seen as an American cousin of Johnny Marr, Peter Buck became synonymous with the Byrdsy jangle of the beloved Rickenbacker 360 he bought in 1981 and has featured on every REM album. However, he deploys a wide array of subtle textural styles across Automatic For The People. The record is anchored on his utilitarian acoustic rhythm playing,

yet peer between the cracks and you’ll find volume swells, alternate tunings, expertly controlled feedback and the unmistakable sound of an EBow – the sort of sonic adventuring Buck would indulge more fully on 1996 album New Adventures In Hi-Fi.

His droning chords on Sweetness Follows, accompanied by an overdriven cello, and the album’s most raucous and politically charged song, Ignoreland, were inspired by Neil Young’s drop D playing on Cinnamon Girl. Perhaps Buck’s most exhilarating moments, though, decorate the album’s brilliant, brooding opening track Drive, recorded in New Orleans during Mardi Gras. Building from a foreboding D minor progression, the guitarist added 15 tracks of overdubs outside on the studio patio, channeling his inner Brian May as he played the scything lead parts using a nickel. 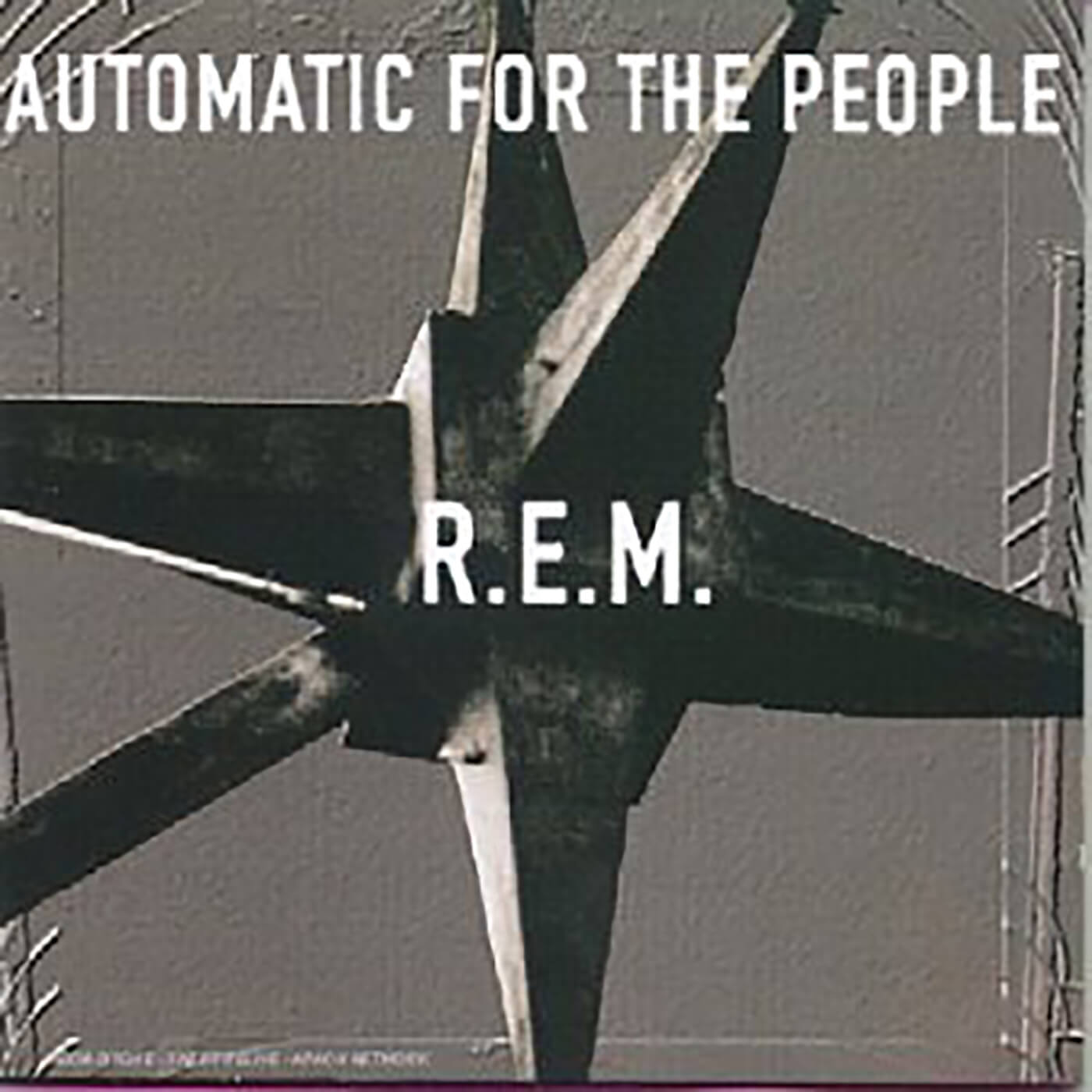 Buck also helped turn Bill Berry’s chord sequence for a song with the working title “C Slide To D” into one of REM’s best-known singles, Man On The Moon. The only problem was, with the album already into mixing time it had no lyrics so, under duress from the band, Stipe was sent out to walk laps of downtown Seattle with the track on his Walkman. It worked, Stipe returning with an inspired, surreal narrative centred around comic Andy Kaufman. Recorded and delivered to the record company in a single day, it completed a singular, thought-provoking album that was destined to be massive.

A slice of the credit for the fact the record was a commercial success must go to actress Meg Ryan, who dropped in at Bad Animals studio while filming Sleepless In Seattle and persuaded the band the album would sell better if they changed the title of the song “Fuck Me Kitten” to “Star Me Kitten”.

Led Zeppelin legend John Paul Jones also played his part, arranging the sweeping strings that elevate four of Automatic For The People’s songs at Bosstown studios in Atlanta. “The songs were just so good, I jumped at the chance,” said the former Led Zep bassist. “It was old-school, they sent the tracks, I sat down at a reel-to-reel tape… just like I’d done in the 60s.”

The now-universal heartbreaker Everybody Hurts, envisaged by Stipe as a duet with Patti Smith, was brought to the studio by Berry, the band eventually settling on a “Stax, Otis Redding Pain In My Heart kind of vibe”. The melody of the album’s sublime piano-led penultimate song Nightswimming, meanwhile, was written by Mills on the same piano that Jim Gordon teased the coda of Derek and the Dominoes’ Layla from.

The individual parts were stellar, the sum was greater still. REM’s eighth album entered the Billboard chart at No 2 and went quadruple-Platinum, selling more than 15 million copies worldwide. REM had gone against the grain, separating themselves from the ascendant grunge scene, and become the biggest band in the world, yet without compromising their integrity or making a commercial rock record. Mills and Berry still regard it as their finest work.

While not all critics were swept off their feet by its moody, dark-hued tones, Rolling Stone described the “musically irresistible” Automatic For The People as “a darker vision that shimmers with new, complex beauty”. Time’s Guy Garcia marveled that “a so-called alternative band can keep its edge after conquering the musical mainstream.”

We’ll leave the last word to the quiet mastermind whose discerning adornments are woven throughout the record. “Listening back to Automatic, it doesn’t sound like anything else that came out that year,” says Buck. “Looking back at something a relatively young group of people did, I’m proud of them. I think they did a good job.”