The Genius Of… Bandwagonesque by Teenage Fanclub

Kurt Cobain thought it was brilliant, Creation Records bet the house on it, while critics called it Big Star’s fourth album. Made with vintage guitars bought for peanuts, Bandwagonesque is the timeless power-pop album that remains Teenage Fanclub’s defining statement.

You guys can do harmonies

It started at the legendary CBGB club in New York. The members of Teenage Fanclub were hanging out at a Matador Records event when they bumped into Dinosaur Jr’s Don Fleming. Up to this point, the Glaswegian band had put out one scruffy grunge album (A Catholic Education) that offered little indication of the melodic genius they would go on to perfect. Fleming had a simple question for the laidback Scots: “I notice you guys can do harmonies, but you never do, why not? No-one else really does that.”

It was a pivotal, career-altering moment, and in March 1991 the Glaswegians went into Liverpool’s Amazon Studios with Fleming producing to record a breakthrough album that began a run of sublime records recalling the romantic power pop of The Byrds, The Beach Boys, Big Star and The Beatles.

Bandwagonesque is classic songwriting of the very highest calibre. The guitar playing is exceptional, too, Raymond McGinley and Norman Blake laying down a canvas of chiming melodic rhythm work and scorching lead for the hazy West Coast harmonies Fleming had encouraged them to unleash.

An unpolished, imperfect treasure, Bandwagonesque was launched into a music world that had awoken from the bloated double denim excesses of the 80s and embraced the nascent grunge, shoegaze and baggy scenes, yet here were Teenage Fanclub plotting their own course regardless. Emerging from Scotland’s C86 scene, the Fannies had concocted a brand of timeless guitar pop with its roots in the 60s, diving off the breaking wave of American grunge. Brilliantly, they presented their new sound to Nirvana’s adoring fans all over Europe and Scandinavia, invited by Kurt Cobain as support on the Nevermind tour.

“There weren’t many people at the time making melodic pop records that were kind of sloppy too,” Blake told The Guardian of Bandwagonesque’s enduring appeal. “The vocals aren’t brilliant, the playing’s all right… it’s not been tidied up like a lot of records are these days. It captures young people trying to find their feet. That’s what I think people pick up on.”

Encouraged by the Jack Daniel’s swilling Fleming, the Bandwagonesque sessions were joyous and uninhibited. Instruments were allowed to spill over, lyrics were written in the studio and takes recorded between bacon sandwiches and bottles of Newcastle Brown Ale. Despite the fact that lead guitarist McGinley was still living in his parents’ council flat and the band didn’t have two pennies to rub together, they already had some enviable vintage guitars to hand. McGinley’s main instrument on the album is a 1963 sunburst Fender Jaguar bought for a bargain £265 in 1983 from Guitar Player in Rochdale. Rhythm man Blake had not yet found his primary guitar, a 1970 Gibson ES-335 acquired for a similar pittance in Cleveland Ohio, so he played McGinley’s 1962 Epiphone Casino – another steal at £300.

The two guitarists had by now developed an intuitive playing partnership, their sympathetic voicings finding space to coexist without ego. “Creating a chord between us, the shapes he and I make add up to something bigger,” McGinley told Guitar.com. “We don’t really think about it. The blend of me and him just sounds like the band.”

You won’t find a better example of the enthralling conversation between the two than six-minute opener and lead single The Concept. Blake holds down the G/Em/A7/D rhythm, allowing McGinley to embark on a masterclass in melodic lead playing, topped off by a pair of scintillating solos on his Jaguar in its middle position, plugged into a cranked Mesa-Boogie copy called the Messiah. “He’ll always come from left field and do something you don’t expect,” says Blake of his partner’s “idiosyncratic” lead playing. 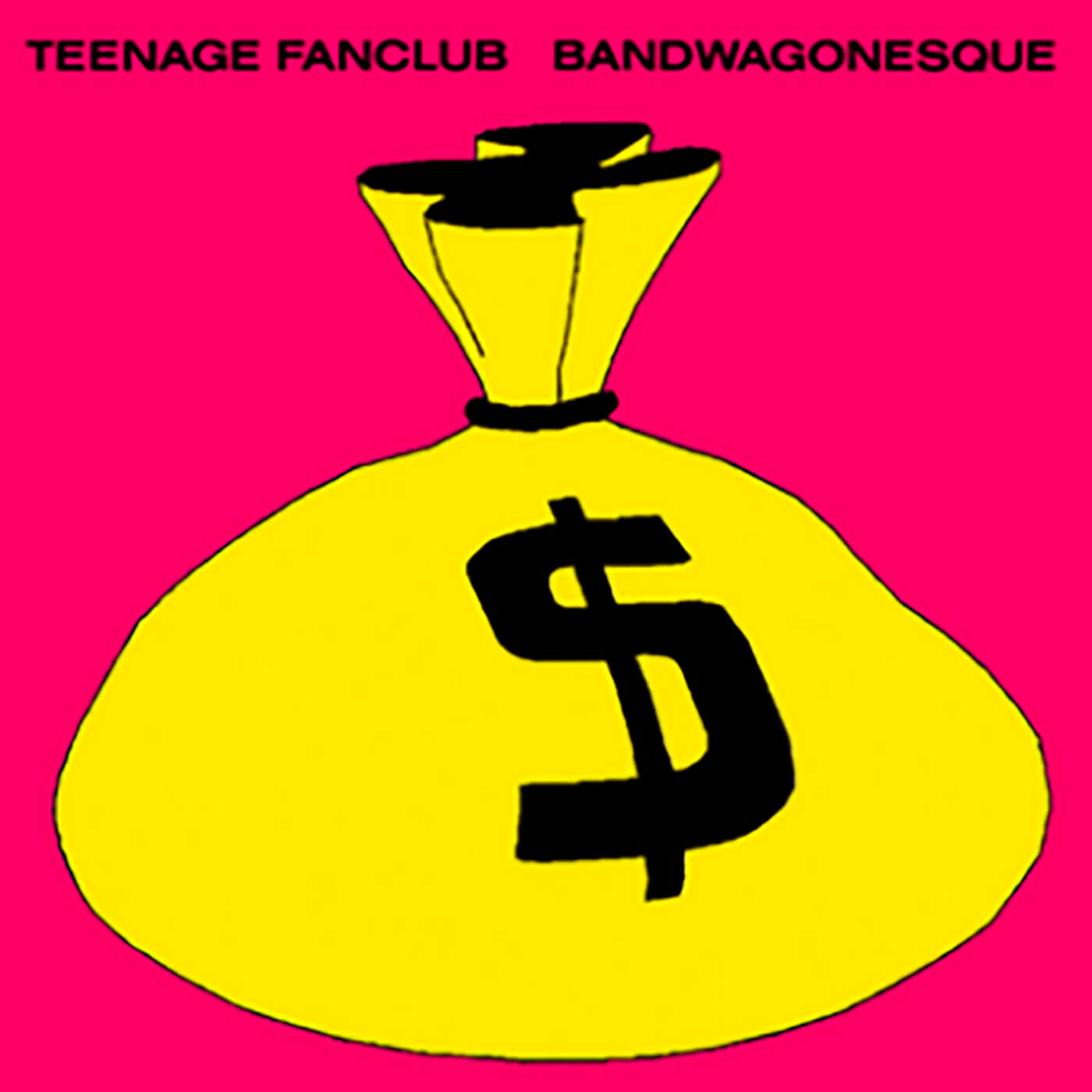 The song’s opening lyric is “She wears denim wherever she goes, says she’s gonna buy some records by the Status Quo”. It’s endlessly evocative, hopelessly romantic and entirely unaffected, underlining how disinterested in being ‘cool’ or of the moment the band were.

The album’s towering opening statement and strongest track is followed up by the brief, seething Stooges-esque punk squall Satan – it’s a red herring, as everything that follows is dreamy classicism. The other two singles from the album are stellar. What You Do To Me says everything a love song needs to say in two minutes. It’s almost all chorus, Blake singing helplessly, “I know, I can’t believe/ there’s something about you, got me down on my knees” and repeating the titular phrase over and over.

Blake’s “I’m not the sort of person she admits she knows” (Metal Baby) and “There are things I want to do, but I don’t know if they will be with you” (Alcoholiday) are classic bittersweet pop lyrics. The latter houses a winding Neil Young-esque solo that pushes The Concept close for the most scintillating guitar moment on the record.

The sparkling arpeggios and yearning harmony vocals on December pay homage to Big Star’s September Gurls, the band never hiding their admiration for Alex Chilton, who they played a run of shows with in 1996. It caused a mean-spirited Steve Sutherland to wonder in his Melody Maker review of the album “whether these young Scots have overstepped the mark where acceptable, even laudable, inspiration becomes wholly criminal plagiarism”.

As years go, 1991 was a big one for Creation Records. While Teenage Fanclub were putting the finishing touches to Bandwagonesque, My Bloody Valentine were readying Loveless and Primal Scream were about to make good on their early ragged promise with the blissed-out kaleidoscopic Screamadelica. Creation Records boss Alan McGee believed so passionately in those three records that he put his own mortgage up as collateral, quite literally betting his house on a trio of bands who would pave the way for the label’s later game-changing success with Oasis.

Creation’s big three were joined by Nirvana’s Nevermind and Out Of Time by R.E.M. in what proved a golden year for alternative guitar music, but Bandwagonesque got the praise it deserved. Spin magazine, in an era when such print media plaudits still meant something, named it their album of the year. Kurt Cobain called Teenage Fanclub “the best band in the world”, Liam Gallagher later less modestly ranked them second only to Oasis.

Colin Larkin’s All-time Top 1000 Albums tome says of Bandwagonesque it has a “carefree charm… only the churlish can resist its obvious attractions”, while in the Rough Guide To Rock Owen James enthused of a “landmark release” and a “mixture of abrasiveness and charm to satisfy beach life and pond life alike”. A full 26 years later, Death Cab For Cutie’s Ben Gibbard perhaps went too far, releasing a cover version of the whole album, calling it his “favourite record by my favourite band of all time”.

“It was the first record when we had a bit of time to do what we wanted in the studio,” recalls McGinley of the sessions three decades ago. “There was no expectation on us, it felt like we were in our own little world, creating this thing.”

Teenage Fanclub are still in their own little world creating great records 30 years later, but  while 1995’s Grand Prix and later albums Thirteen and Songs From Northern Britain have their admirers, Bandwagonesque remains their defining statement.