A one-off album that evolved the sound of electric guitar remains misunderstood over 50 years on – and still has plenty to teach aspiring players. 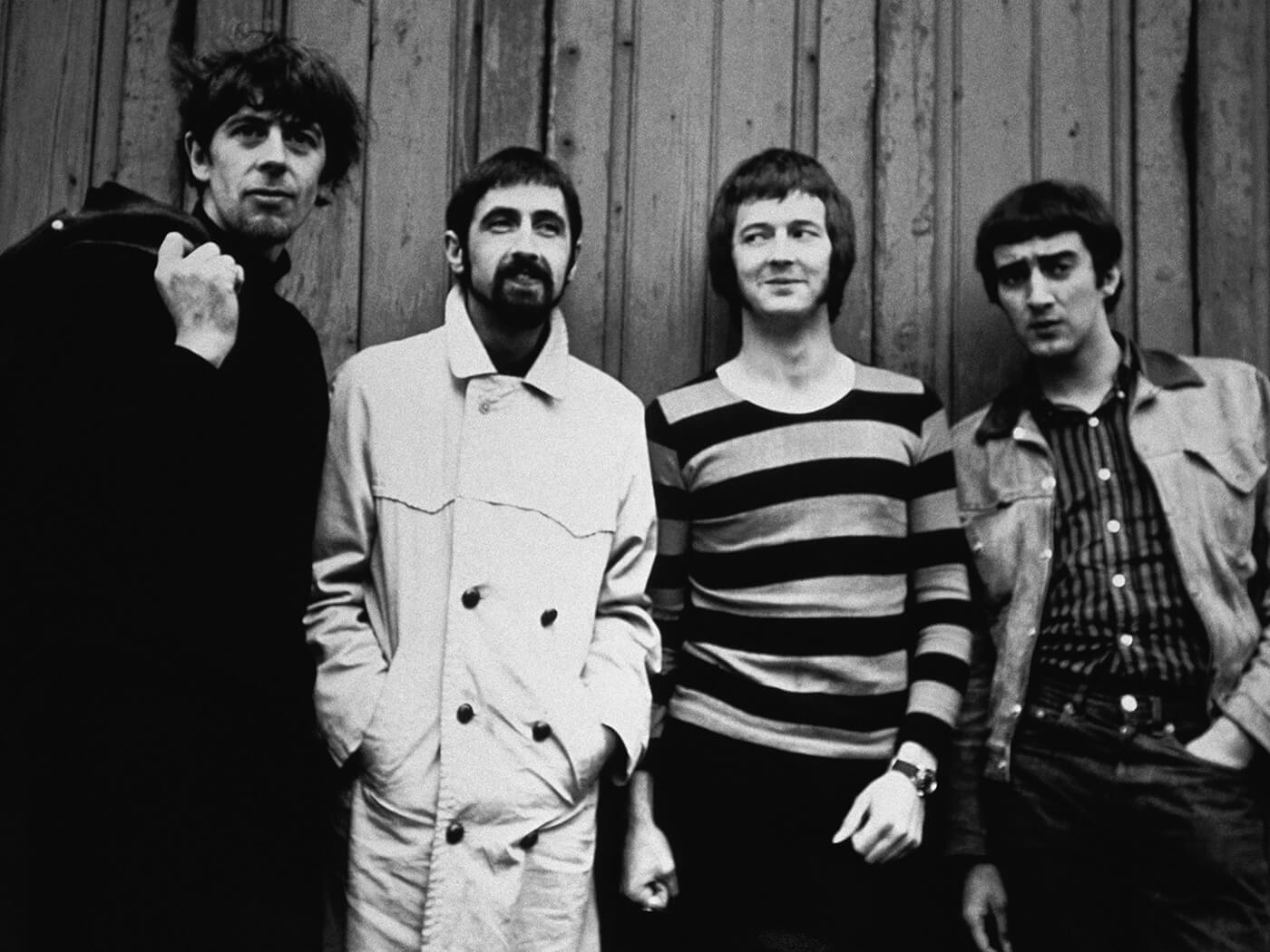 The blues? They think it’s all over…

1966 – an age ago in football terms, but still a ridiculous year for music. The Kinks were blazing on a sunny afternoon while The Stones were painting it black, Dylan was having Visions Of Johanna, Otis Redding was writing the Dictionary Of Soul… The Beatles were reminding us Tomorrow Never Knows, while The Beach Boys were doing God Only Knows. Somewhere in amongst this tremendous crop of pop, a fanatical 21-year-old guitarist who had turned his back on chart success with The Yardbirds a year earlier returned to express his heavily amplified love for the blues – and in the process, make an all-time-classic guitar album.

The band Clapton joined in April 1965, led by vocalist and multi-instrumentalist John Mayall, had an ever-revolving cast and eventually, over 100 different line-ups performed under the Bluesbreakers moniker. Eric actually joined twice – he departed the Bluesbreakers in August to tour Greece with a band called The Glands before returning to the fold in November – but by March 1966, the band were ready to record and headed to Decca Studios with producer Mike Vernon.

Having moved on from his Yardbirds’ pairing of Telecaster through a Vox, Clapton instead turned to a 1960 Les Paul Standard through a Marshall Model 1962 2×12 combo, both turned up to full with the mic placed two feet from the amp, a Dallas Rangemaster treble booster and a blanket placed over the whole shebang. Clapton said he’d come across the sound accidentally, when trying to emulate Freddie King: “I would use the bridge pickup with all of the bass turned up, so the sound was very thick and on the edge of distortion. I also always used amps that would overload. Everything was on full and overloading” (though photos from the sessions show the Les Paul in middle position, too, and there are a variety of distinct tones on the record, implying Clapton varied his amp gain and treble to suit).

This pairing shook the studio to its foundations and the guitar world to its core for decades to come, and the ‘Beano’ Les Paul – stolen during rehearsals for Cream in 1966 – has become one of the guitar world’s Holy Grail instruments, with its performance on this record possibly even single-handedly saving the model itself from extinction. 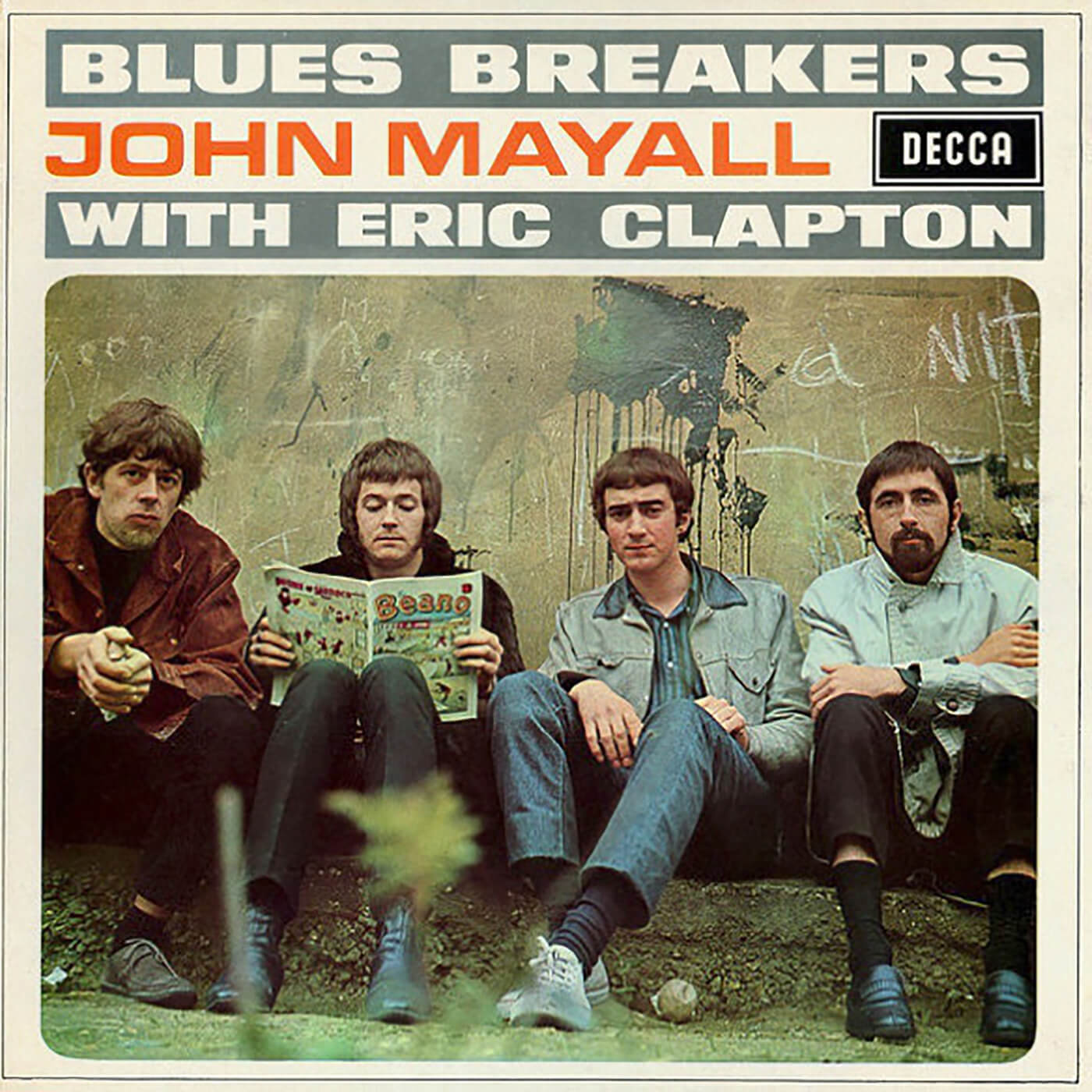 Clapton is god-like on it

But knowing what tone caps, neck profile, humbucker covers, amp settings, issue of The Beano he was holding on the cover (issue 1242) or the length of Eric’s sideburns won’t get you close to the real essential ingredient behind all of the mythology: Clapton’s playing. Blending major and minor, unison bends and doublestops, sustaining notes and feedback, the album’s solos were all recorded live (except for Stepping Out) and are packed with endless creativity, delivered with a perfect mix of edgy ferocity and fastidious precision. So if you want to improve your electric-blues phrasing and don’t know them already, it really is time to relisten and learn the key licks…

Otis Rush’s swung minor blues single All Your Love (I Miss Loving) from 1958 featured not one but two timeless guitar figures: the uppercut single-finger slide up the E string to announce its main lick and the heavily vibrato’d three-finger A minor triad arpeggio at the beginning of the solo. Clapton reproduces both faithfully, before breaking into a strident solo that shows off the power and sustain of his newfound sound.

Eric was also in thrall to the fleet-fingered melodic charm of Freddie King and the cover of his Hide Away trades some of the bite of King’s staccato licks to instead emphasise the dynamic range of his Les Paul/Marshall combo. It’s a masterclass from start to finish, but if you only steal one thing, make it the looped major-key bends in the break at 1:30.

The John Mayall original Have You Heard may be sweetened by its Buddy Guy-influenced vocal falsetto, Hammond and horns, but its guitar solo is pure evil. Studio needles in the red, everything on full, at 3:25 a frantic Clapton rinses every squeal, slide, bend and drop of emotion out of his six strings in what, to this day, remains a career-high solo.

Finally, the Bluesbreakers’ high-octane reworking of Memphis Slim’s 1959 piano-blues instrumental Steppin’ Out (featuring a string-scraping solo by Matt ‘Guitar’ Murphy) not only has one of the most satisfying silences in the blues (2:04), it also has one of its most exquisite examples of feedback (2:22). But the lick to learn is the trio of expressive, lightning-fast slides descending along the G string at 0:17: a subtle but expressive touch that shows Clapton’s playing was on a different level to everyone else at the time.

The Beano union was intense but shortlived and when Eric Clapton saw Buddy Guy’s trio play live, he left to form a new ‘supergroup’ with Ginger Baker and Jack Bruce, both of whom had previously played with Mayall. In December of the same year, when Cream released Fresh Cream, the world saw the guitarist who had burnished his reputation on the Beano album’s amped-up Chicago blues undergo another metamorphosis, launching his talent for extended improvisation into the realms of psychedelia.

Just as Clapton’s Yardbirds exit had paved the way for Jeff Beck and Jimmy Page, his departure for Cream opened the door for John Mayall to showcase the talents of Mick Taylor and Peter Green – clearly, you could look under a rock in the mid 60s and find innovative guitarists teeming and clambering over one another.

But the Beano album is the mother lode of blues-rock guitar, and without its influence, a legion of guitarists – among them Peter Green, Gary Moore, Jeff Beck, Eddie Van Halen, Billy Gibbons, Joe Bonamassa, John Mayer, Stevie Ray Vaughan, even Hendrix – may have sounded quite different.