The Genius Of… Blur – Blur

A ‘mid pop life crisis’ and an abrupt change of style gave Graham Coxon free reign to soundscape on one of the most enduring and experimental guitar records of the 90s. 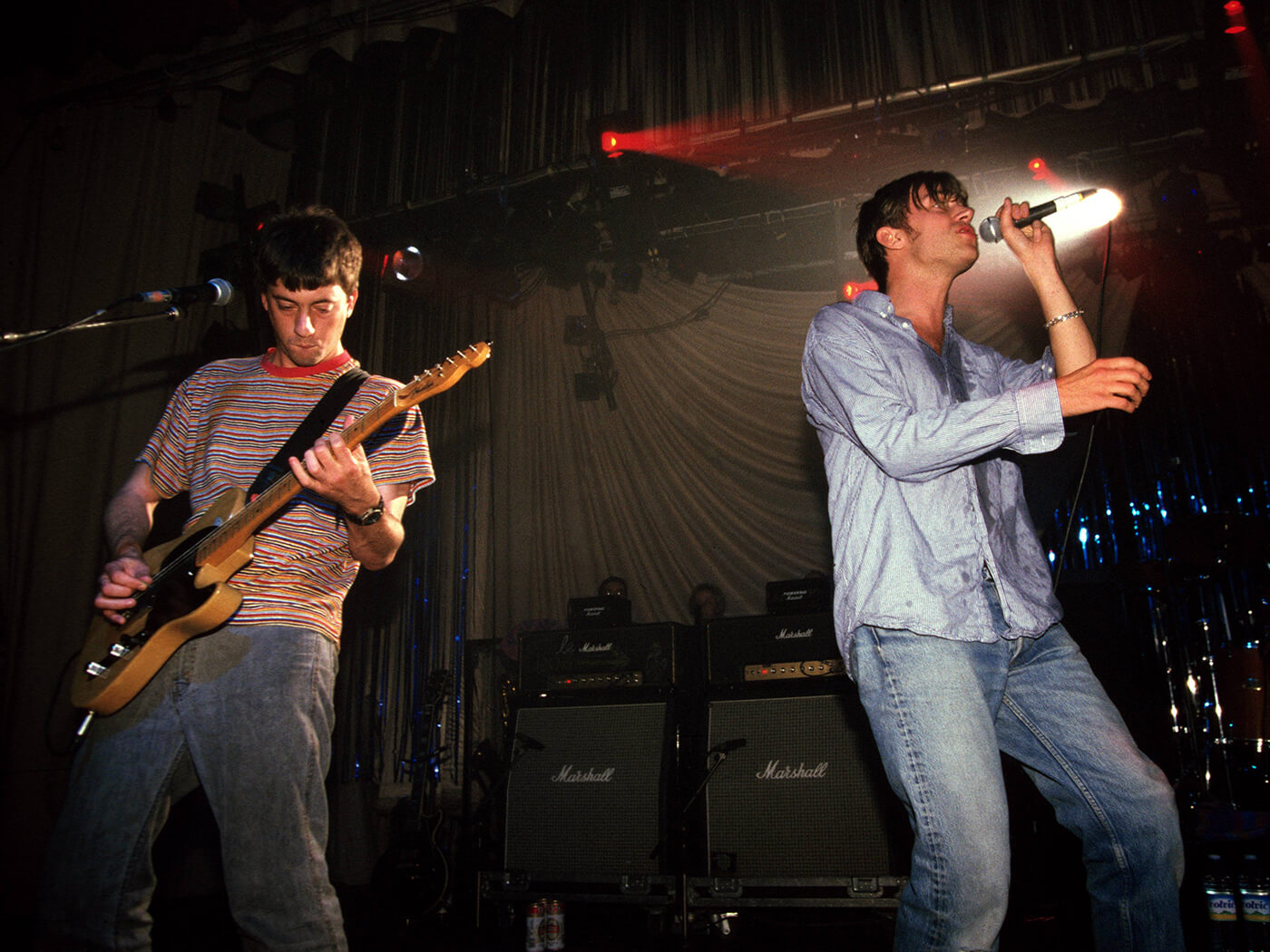 With interband tensions on the rise and the fabled ‘musical differences’ threatening to come to a head, Blur responded by tearing up their deep-rooted Anglo-centric approach for their self-titled 1997 album. Coxon urged Albarn to make music to “scare people again”, urging the band to embrace the looser, ‘lo-fi’ aesthetic of US alt-rockers such as Pavement, Tortoise, Slint and Beck.

Chief songwriter Albarn had gradually submitted to the idea and songs written on the band’s early 1996 US tour, Song 2 and Chinese Bombs, paved the way. Once in the studio, Blur jammed together for the first time in years: “We’ve never really jammed before,” Coxon recalled. “We’ve been quite white-coaty, overall, about recording, like in a laboratory.”

After initial recording in London in June 1996, the band continued sessions in a small studio in Iceland and in January 1997, a fortnight before the album’s release, Blur unveiled lead single Beetlebum. With its descending backing vocals in its chorus, dissonant Come Together-esque ‘solo’ and McCartney-esque bassline, it had more in common with The Beatles than Blur, even down to its accidentally punsome title and rather than being mediated through a character, its lyrics even seemed vaguely confessional. It shot to No.1 in the UK – blowing away any record-company fears over its commercial suitability – and set the scene for a radically different Blur album.

It’s not ‘Graham’s album’… although it kind of is

Although the band – along with erstwhile producer Stephen Street – had clearly committed to the experimentation as a collective, Blur is often singled out as ‘Graham’s album’. “Maybe I just had strong ideas this time,” Coxon shrugged. “I had an awful lot of sounds and styles in mind, so I collected them together, put them through my sieve and then applied it to Damon’s songs.” Or maybe it’s something to do with the inclusion of You’re So Great – the first Blur song the guitarist wrote lyrics for and sang lead on – which is pure Coxon, down to its excellent manic slide solo and its self-effacing Dictaphone-demo production.

The guitarist has said he thought of Albarn as a good ‘enabler’ for him to ‘become noisy’: “He used to write these short, fast things especially for me to go berserk as a reward,” he said, somewhat self-effacingly. Yet while the fuzz fest that is Song 2 – with its two fuzzy basslines and Shin-ei and Pro Co RAT-drenched chorus – springs instantly to mind, Blur is about much more than that song’s all-out attack. 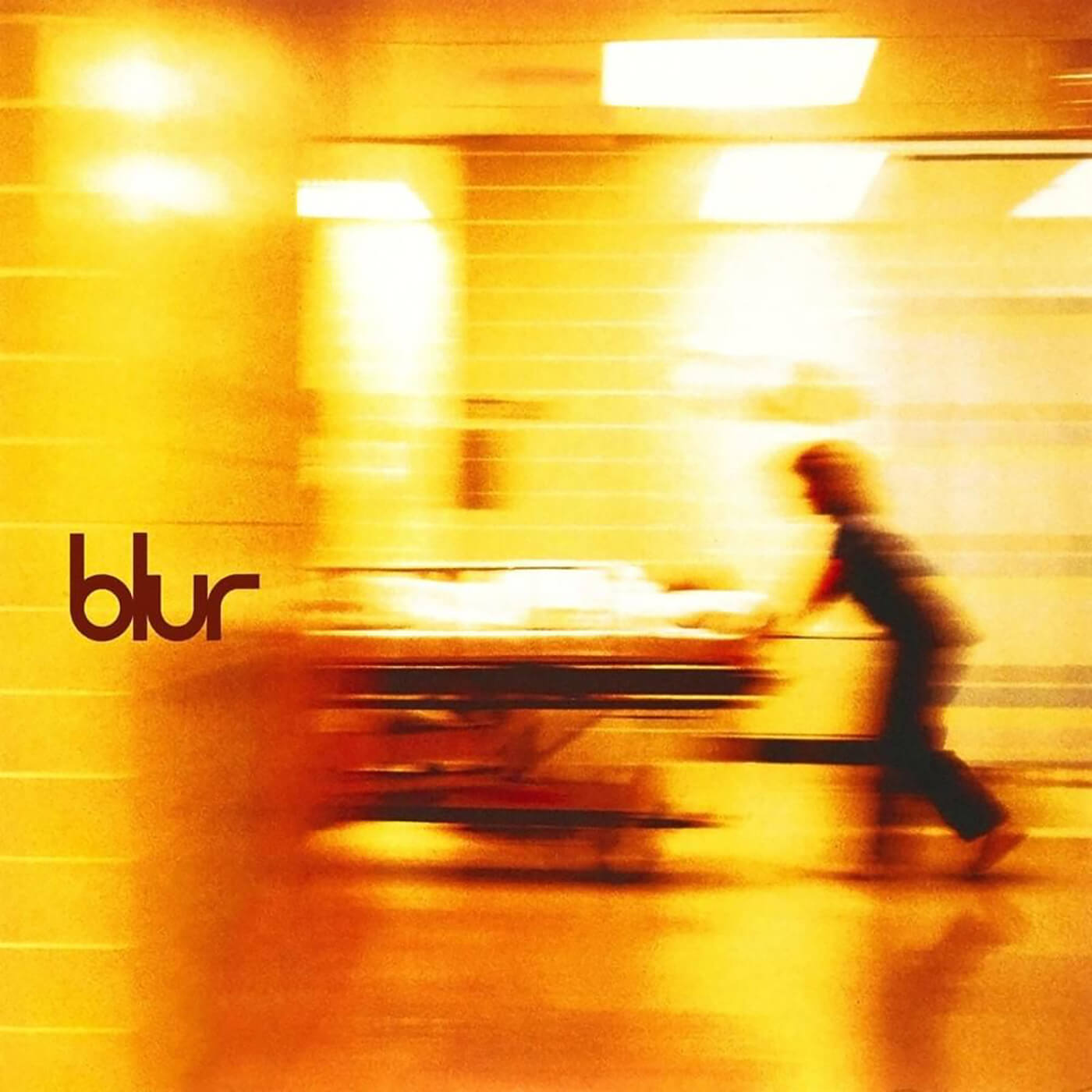 The album’s opening riff alone is an insight into how Coxon sees guitars and effects as integral to his sound. Beetlebum’s massive, chugging offbeat Tele riff with its tight delay (from a Boss unit) couldn’t have been added later: it’s Coxon playing the effect as part of the performance.

“Really, my guitar playing is effects playing,” he’s said, and Blur is full of moments that illustrate what he means. Death Of A Party’s two-chord verses are smeared with rumbling, delayed fuzz and a chorus of unison bends and twin-guitar dissonance; twisted travelogue On Your Own sees Coxon mercilessly eradicate any sense of predictability thanks to slanted and enchanted squalls of fuzz, feedback and swipes of the strings with a delay set to superfast. On M.O.R., the opening riff’s frantic harmonics with added tremolo builds up the intensity before the band disintegrates in beautiful chaos, and Theme From Retro is a demented waltz bathed in noise that collapses into a black hole of space echo.

Coxon is just as compelling when he resorts to route one, as on the breakneck powerchord workout of Chinese Bombs. You almost feel sorry for Country Sad Ballad Man, which starts off as an innocent, gently wonky acoustic song until Coxon bends it out of shape with squawking shards of stoner Tele, then promptly smashes it to pieces with his effects.

There are also moments where the band’s orbit is genuinely perturbed and they’re no longer writing anything approaching a pop song: Strange News From Another Star’s soundscape is bleakly dystopian and Essex Dogs is a chopped-up, varisped industrial meditation of looped delays and broken-glass guitar fragments, over which Albarn darkly intones free verses about panic attacks in the terminal pubs of his hometown.

Ironically – given that it appeared on an album with a song about the trials of ‘breaking’ America as a centrepiece, of sorts – Song 2’s “Woo-hoo”s were eventually licensed for US TV ads, an episode of The Simpsons, films and games and could even be heard accompanying touchdowns in sports arenas (though notably, not to accompany the launch of the US military’s new stealth bomber). The album itself reached No 61 on the Billboard charts, but finally Blur had arrived and embarked on a world tour with a major US stint.

Given that it’s a hybrid of Blur’s essential British eccentricity and the sensibilities absorbed from a steady diet of experimental US indie, more than two decades on, Blur doesn’t really sound identifiably of a time or place. It’s insular, eclectic and uncompromising and proves that if you give a great guitar player free reign, you end up with a great guitar record – and this is up there with the best of its era.