Blackwater Park may have been the Swedes’ masterpiece, but it was these death metal and prog follow-ups that laid the track for their career to come. 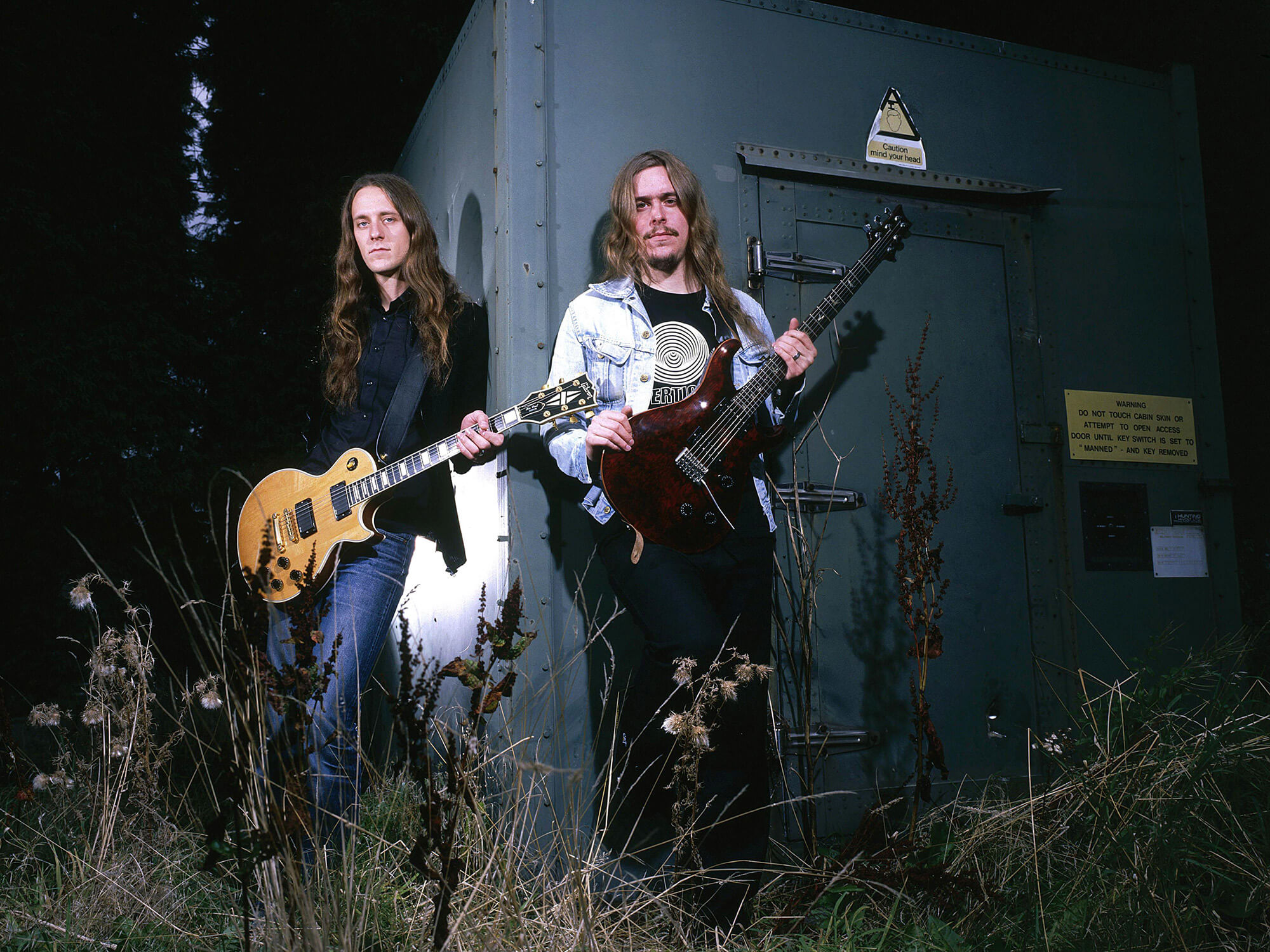 Blackwater Park was one of those albums that everybody liked. When Opeth released their masterpiece in March 2001, it united metalheads, classic rock casuals and prog rock geeks in one fleeting moment of harmony. It also heralded a unique problem for the band’s singer, guitarist and lead songwriter, Mikael Åkerfeldt: how do you improve upon perfection?

Ultimately, Opeth answered the magnificence of Blackwater Park with the scope of its follow-ups: 2002’s Deliverance and 2003’s Damnation. Although the 2001 album showcased all of its creators’ strengths, the simultaneously recorded duo released in its wake explored both of the band’s key soundscapes – violent death metal and sullen prog rock – separately and to fuller extents. Again produced by then-Porcupine Tree mastermind Steven Wilson, the albums laid the tracks that Sweden’s prog institution would stick to for the remainder of their career.

When Blackwater Park came out, Opeth were instantly made men. The reviews that preceded the album contained such glowing phrases as “godlike”, “a work of breathtaking creative breadth” and “metal’s answer to ’70s King Crimson”. Subsequently, the band embarked on the first world tour of their lives, a 64-date run that included a North American jaunt with prog idols Nevermore. (Before that, their only stint on the road was a 1996 rush through Europe under Cradle of Filth.) So, when Åkerfeldt began plotting the course for what he and his bandmates were to do next, he got overconfident. He told his record label that the next Opeth release would be a double album: one disc brutal, the other mellow.

They said no. Despite Opeth handing them a hit, Music for Nations feared that heavy metal’s newest stars were scheming to burn their way through their three-album contract in just a matter of months. Eventually, the musicians and the businessmen settled on a compromise. Opeth would be allowed to record their next two albums simultaneously, but they’d have to come out six months apart so that each one could get individually promoted.
Great! There was only one problem: Åkerfeldt couldn’t write anything. Hot off a year-long touring cycle, Opeth didn’t have any songs when they re-entered Gothenburg’s Studio Fredman with Steven Wilson. 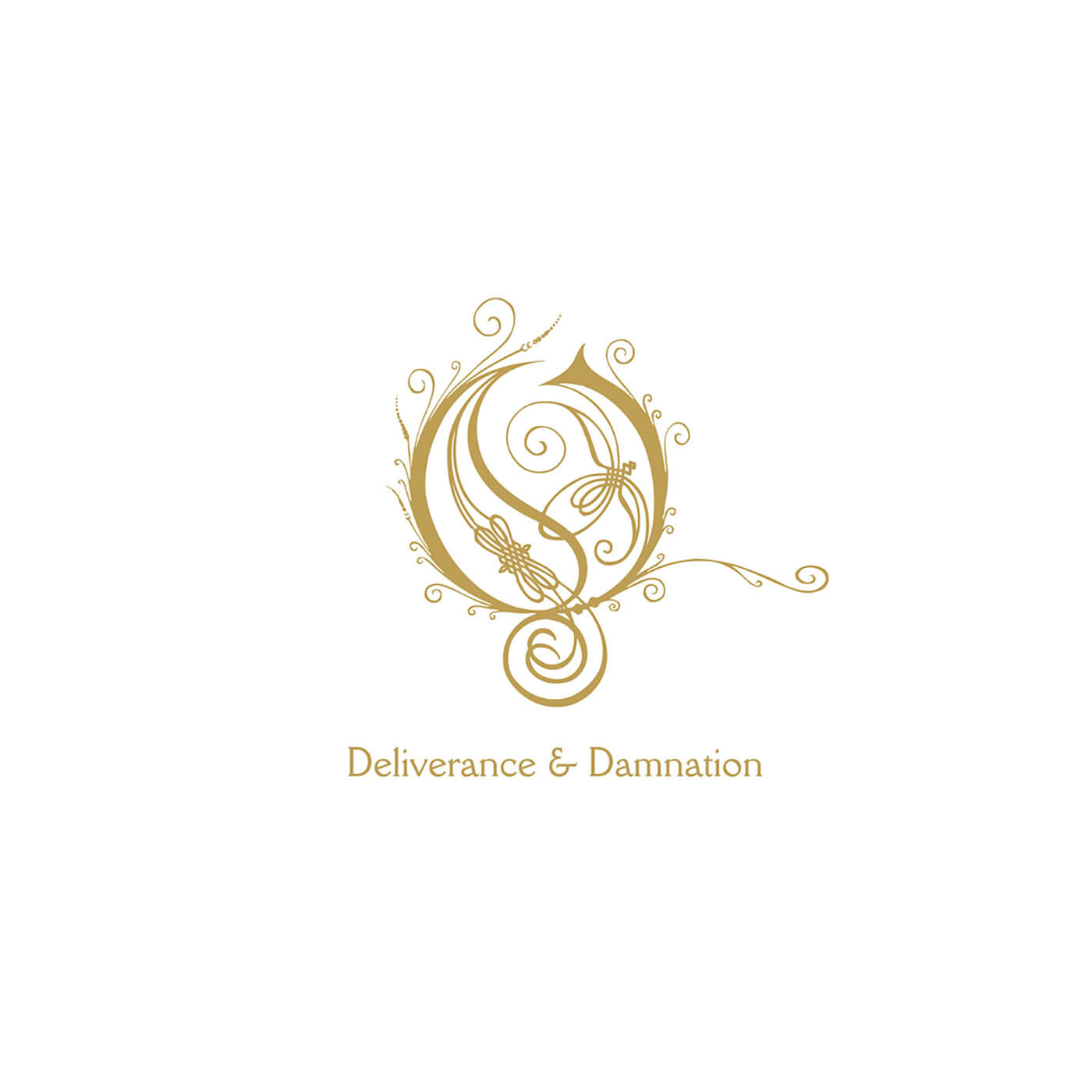 Åkerfeldt has since referred to the making of Deliverance and Damnation as one of the worst times of his life. He stayed up all night desperately composing ideas, then tracked them with his bandmates during the day. Guitarist Peter Lindgren left mid-recording. Later, while Deliverance was being mixed, the frontman’s grandmother died after getting hit by a truck. Both albums are dedicated to her memory.

Although it was released later than its counterpart, Damnation was written first, purely because the idea of doing a prog album devoid of metal was new and exciting to Åkerfeldt. Today, it stands as the most prescient Opeth album, foreseeing the band’s complete ditching of death metal in the early 2010s. However, it still sifts prog through the sieve of Blackwater Park, with the jangling strings and solemn vocals of In My Time of Need evoking Blackwater classic Harvest.

There’s also a dynamism to Damnation that’s missing in “new” Opeth, as its songs frequently transform from acoustic to electric guitars before layering the two on top of one another. On Closure, an outlaw country guitar lick is hammered home by a devastating, distorted chord. Then To Rid the Disease uses a post-rock form. At its end, it explodes into a guitar-powered crescendo after a build-up of twinkling piano keys.

The first song that Åkerfeldt wrote for Deliverance was its title track. Listening to it, that’s no surprise, since the near 14-minute behemoth is among the more melodic and progressive moments on the album. It veers through acoustic and death metal passages and everything in between, even returning to a refrain, before a conclusion that marries manic drumming and 4/4 cymbal strikes lifted from Meshuggah.

While Damnation predicted the post-growl Opeth, Deliverance built the foundations of the more immediate future. Opener Wreath is a bleak, claustrophobic ode to death metal’s origins, scrambling to life with its drum fill and Tom G. Warrior-style “Ugh!”

Then, chords slide their way through a tragic-sounding yet fast melody over polyrhythmic drum patterns. Alongside the bludgeoning chords of Master’s Apprentice and the piano that starts A Fair Judgement, it’s the amoeba that became 2005’s even more sinister Ghost Reveries, which would be accentuated by the keyboards of Per Wilberg.

There’s an argument to be made that Deliverance and Damnation are Opeth’s most underrated albums. After all, they’re sandwiched between Blackwater Park and Ghost Reveries, which many fans hail as their magnum opuses. Yet the twin albums remain the fullest demonstration of the band’s sonic capabilities. How do you improve upon perfection? You don’t – you just write more of it.

Deliverance and Damnation are currently streaming. Opeth will tour South and Central America in February.