The Genius Of… Elephant by The White Stripes

With a White Stripes Greatest Hits compilation on the way, we take a look back at Elephant – the duo’s heavy-hitting 2003 garage-rock masterpiece that unleashed rock’s last truly world-conquering riff.

Elephant in the room

On their fourth album and first for a major label, The White Stripes distilled all of the elements of their raw and electrifying combination of punk, blues and garage-rock into 14 shots of dark spirit that became their definitive statement.

Driven by minimalist drums, the manic yelp of angst in Jack White’s voice and the unpredictable menace of an extraordinary palette of visceral guitar sounds, this time ’round the duo adorned their sound with the addition of piano, keyboards, extra vocals, harmony parts, White’s archtop-plus-Whammy masquerading as bass, and a tendency towards the weird. But while their sound veered restlessly between twee and childlike and punitive and punky, it was always more about what they left out than what they added in.

Their cultivated minimalist ethos extended to recording the record in just over two weeks in London’s Toe Rag Studio, where none of the equipment was manufactured after 1963: the liner notes proclaim that “no computers were used during the writing, recording, mixing and mastering of this record.”

Jack White referred to Elephant as his “guitar album”. Even leaving aside that riff for a minute, the rest of Elephant is teeming with wild, combative guitar playing courtesy of White’s Airline ‘JB Hutto’ Res-O-Glass through an EHX Big Muff Pi then a DigiTech Whammy, and Fender Twin and Silvertone 1485 amps: some of it smuggling evil intent behind a sheen of disarming innocence, some of it unvarnished and confessional; yet more channelling the demons of the Delta.

Black Math is unadulterated, greasy sleaze; its solo is satisfyingly batshit crazy. On There’s No Home For You Here, White’s guitar delights in vandalising the song’s comically overwrought Queen-like vocal harmonies with a six-string spraycan of feedback and fuzz.

Even in gentler moments, rage is never far away: I Just Don’t Know What To Do With Myself’s string rakes and split-second howls of feedback are like a ball of barely suppressed anger, finally released in a frenzy of dirty fuzz in its final minute.

But Ball And Biscuit’s backdrop of out-and-out blues bravado is where Jack White finally succumbs to the lure of full-fledged guitar solos, peeling off three startlingly chaotic, animalistic soundscapes that foreshadow the abrasive Whammy-smeared soloing antics of his later records. 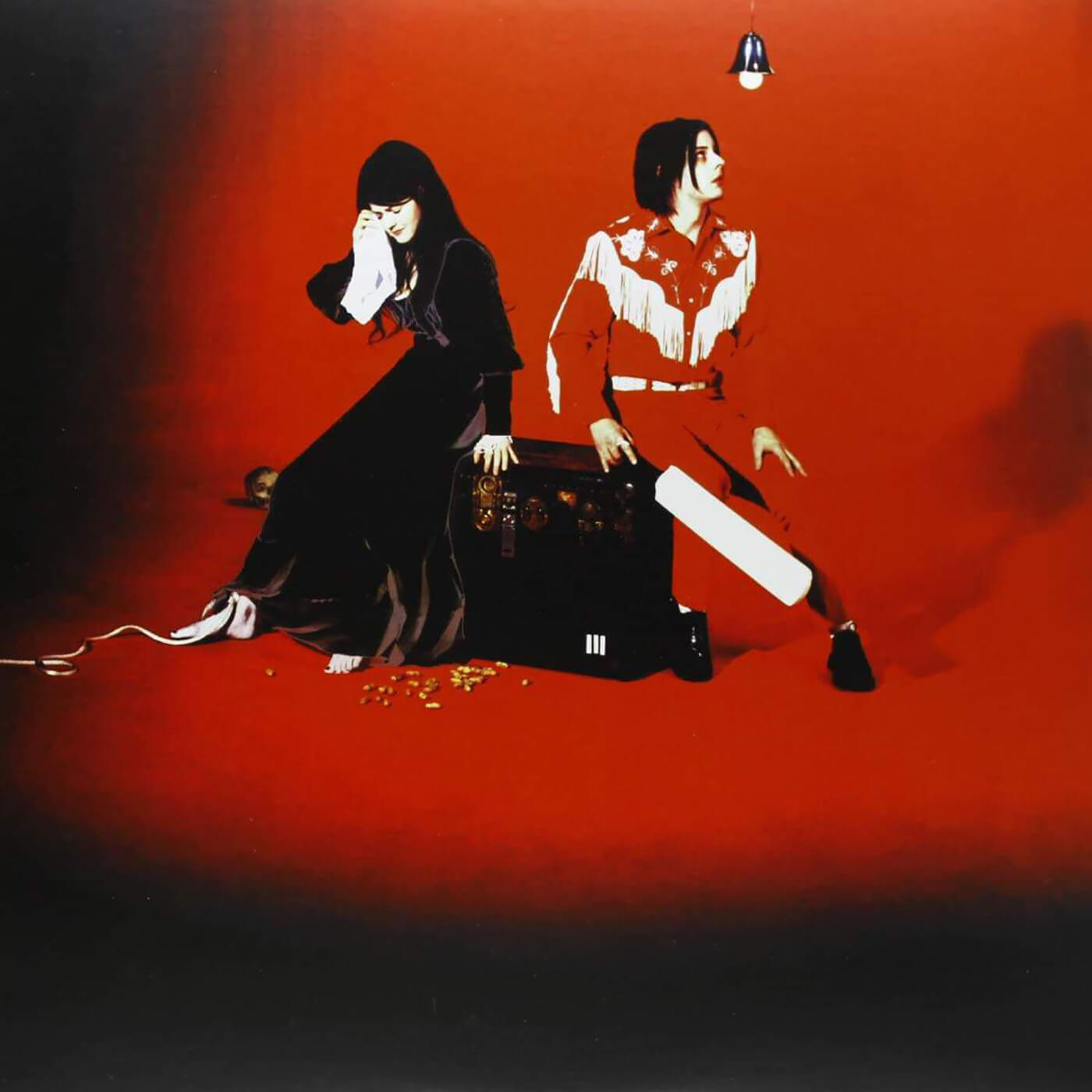 Contrasts abound as the album stretches out: where The Hardest Button To Button’s clever riff is a perfectly formed, precision-tooled earworm (with Michel Gondry’s video turning its rhythm into a playful stop-motion-style movie), Little Acorn is a slab of dumb-downed edge-of-breakdown riffery ushered in by a self-help story about a determined squirrel: “Give it a whirl, be like the squirrel,” White urges us, before Girl, You Have No Faith In Medicine’s stuttering killswitch-mimicking solo offers a final shot of his relentless, manic lead style.

From the Queen of England to the hounds of hell

But it’s Seven Nation Army, the album’s opener and lead single, that overshadowed the album as a whole to quickly become the band’s signature song. A winner of a Grammy for Best Rock Song, its almighty riff has been adopted as sport’s unofficial anthem and called the “second-best-known guitar phrase in popular music” (after (I Can’t Get No) Satisfaction).

Recorded on White’s early-60s Kay K6533 hollowbody tuned to open A for slide, even though the song is in the key of E, its ‘bassline’ was created using the Whammy’s octave-down setting. White wrote it while soundchecking in Australia in a hotel while on tour. Unbelievably, when he played it to Ben Swank of Third Man Records, the label executive felt that White “could do better”; White initially vowed to save the riff for if he ever had the chance to write a Bond theme, but thankfully he didn’t wait to unleash it – although he even had to persuade his labels to release the song as the album’s first single.

At least some of his muso friends appreciated it, as we see in this scene from It Might Get Loud; and its creator remains delighted that the riff has taken on a life of its own.

“[It] makes me feel proud that I was a conduit and antenna at one moment in time for other people to help express themselves,” White told the Detroit Free Press. “The less people know where it came from, the more it is ingrained in the tradition of folk music; and the more it feels anonymous to the public, the more I’m fulfilled as a songwriter.”

On release, Elephant’s ambitious and playful blend of contradictions thrilled most critics, but left some dismissing it as a variation on a winning but limited formula, and others frustrated at how knowingly contrived it all was.

Regardless, the album transformed the emergent White Stripes into world-renowned rock stars and saviours of rock, whether that status suited them or not. Readers of Mojo voted it top in a poll of albums that ‘shook the last 20 years’ in 2013 – and it bears repeating that since Seven Nation Army stomped all over our brains, no guitar record has had such a universal impact.